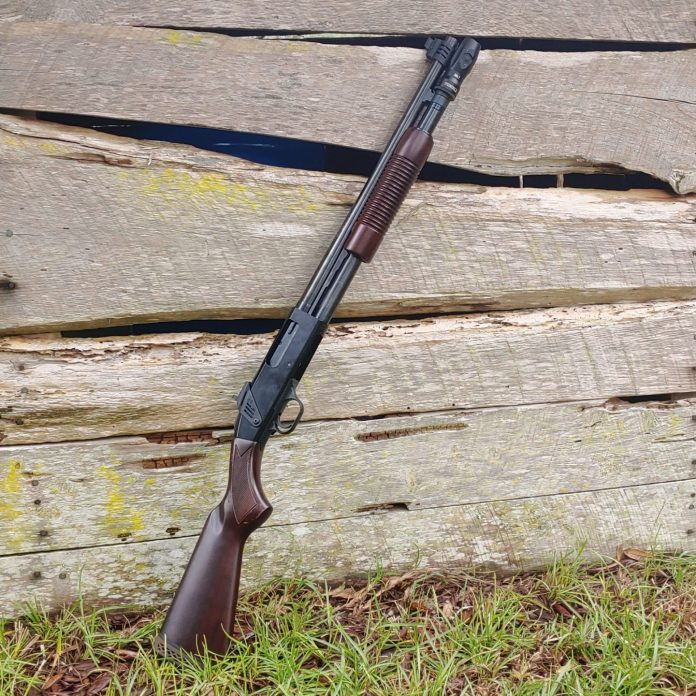 Mossberg created an entirely new fad in the shotgun world. They released the Retrograde series a few years back, and since then, everyone has made a retro shotgun. These can be both riot and trench guns. We are seeing lots of wood furniture equipped shotguns, some with heat shields, some with bayonet mounts, and most embrace that retro look. The Retrograde series has become a favorite of mine, and I own three of them. Today we are looking at the Mossberg 500 Retrograde. 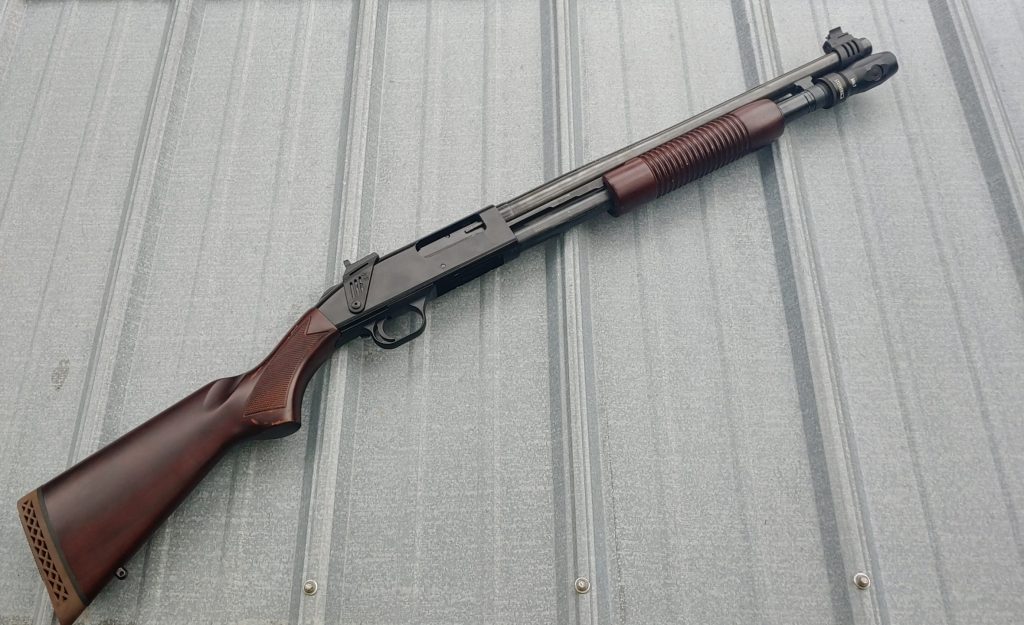 So what’s a riot gun? Typically they are defined as repeating shotguns with 18 to 20-inch barrels and simplistic operation. Pump action shotguns are the most common riot guns. The term riot gun is a bit an old-school term that goes back to the first successful pump action shotgun, the Winchester Model 1897. 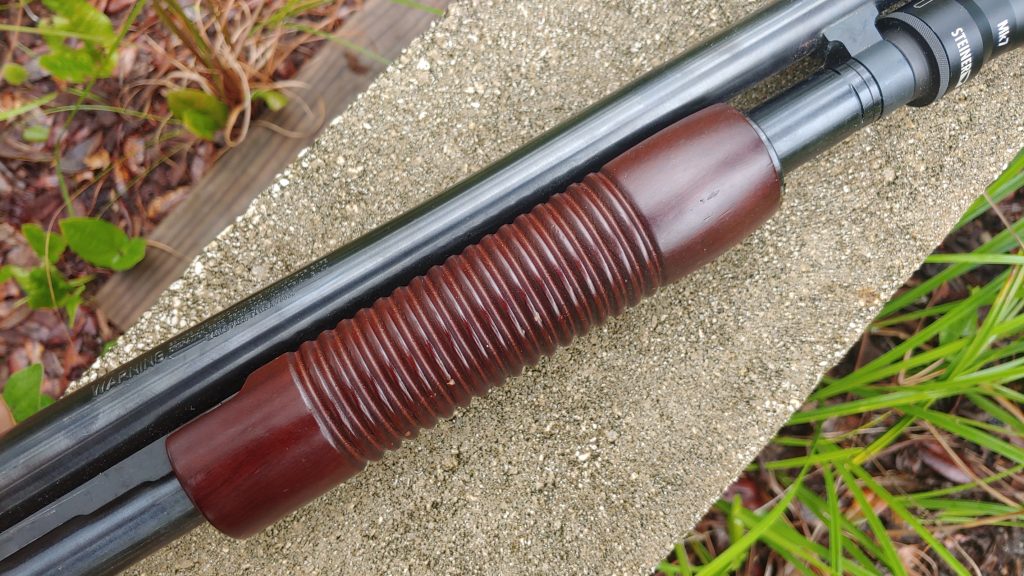 The Mossberg 500 Retrograde wears wood furniture with a dark finish. The wood furniture also takes an old-school approach. This includes the famed honeycomb pump action. This means you get a nice aggressive level of grip texture. The stock is also dark wood with a textured pistol grip. At the end of the stock sits a classic recoil pad. 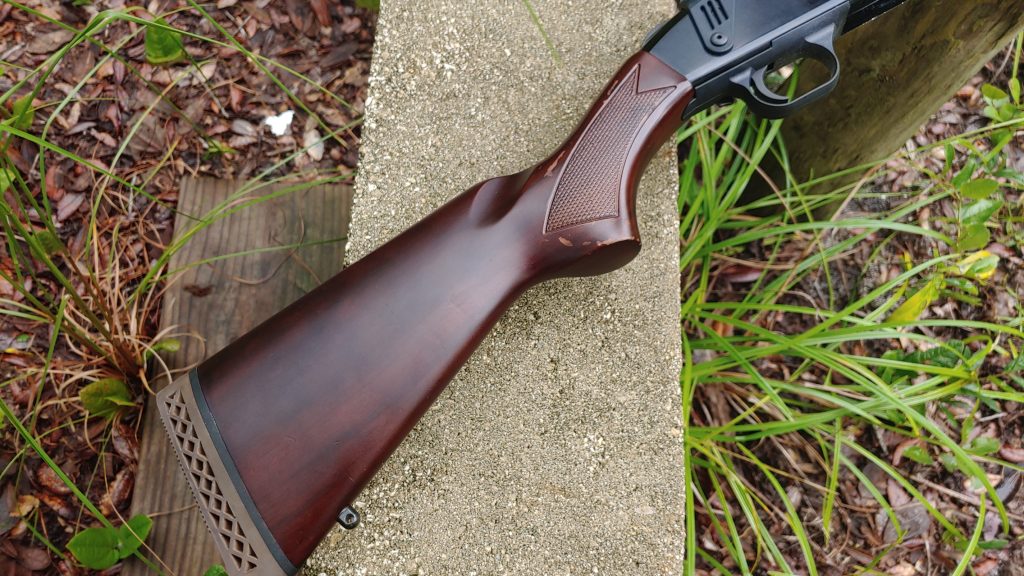 The barrel is 18.5 inches long and fit with a standard gold bead sight. The magazine tube is capped at five rounds, and at the end of the tube sits a sling swivel. A matching sling swivel sits attached to the stock as well. The finish is a nice rich black finish that’s a bit glossy and deliciously old school.

The Mossberg 500 Retrograde At the Range

This little light gun handles well. It’s fairly ergonomic with a decent length of pull. It might feel a little long for some, but at 13.78 inches with the recoil pad, it’s not terrible. Mounting the gun is easy, and the comb aligns well with the bead sight. The aggressive texturing of the pump and the pistol grip texturing makes a good push-pull technique easy.

This helps you beat recoil and makes the light gun kicks a lot less like a mule and a bit more like a mad rabbit. Controlling the gun isn’t hard. The action cycles rapidly and fairly smoothly. Mossberg pumps famously have a bit of slack to them, but the 500 Retrograde feels smooth and rapid. 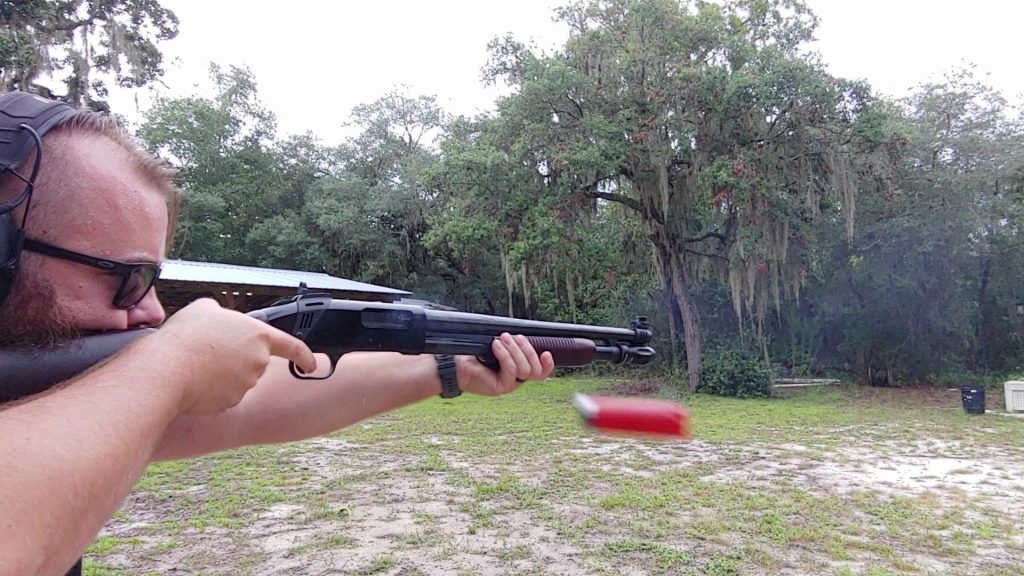 As a pump action, it’s awesomely reliable. The gun blasts through anything from two inches to 3 inches long. Some 1.75-inch mini shells cycle fairly well but are not reliable enough for anything but plinking. Adding an Opsol mini clip might be a great way to go if mini shells are your thing.

The main problem I have with Mossberg and their bead sights is the fact it’s pasted directly to the barrel. Other companies figured out long ago to raise that bead. The Mossberg appears to hit high if you rely on the bead sight. You have to aim at their belly button to hit them in the chest. 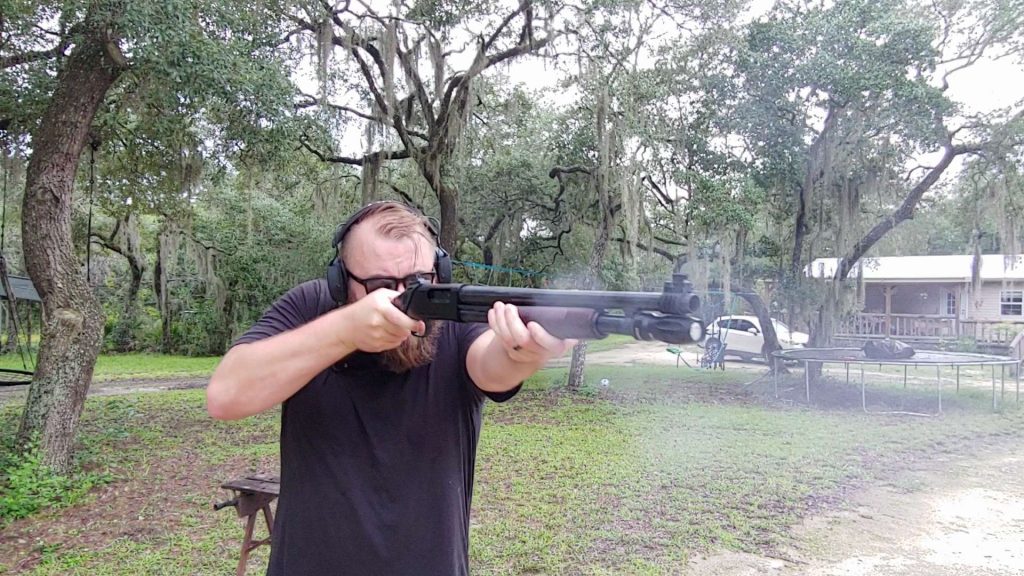 I added a set of TAC Star bolt on sights. Admittedly these sights aren’t very rugged and will be removed fairly soon and replaced with a red dot anyway. They work fine for plinking and blasting away for fun with slugs at 500 and 100 yards.

The Mossberg 500 Retrograde is a handy little shotgun with some old cool stylings. Sure, you could add an M-LOK pump, a Magpul SGA stock, and all the tactical doo dads you want. However, that kills the joy of the Retrograde series. I added a Steiner Mk7 and the sights, and I might add a Velcro side saddle, but the wood furniture is staying put. 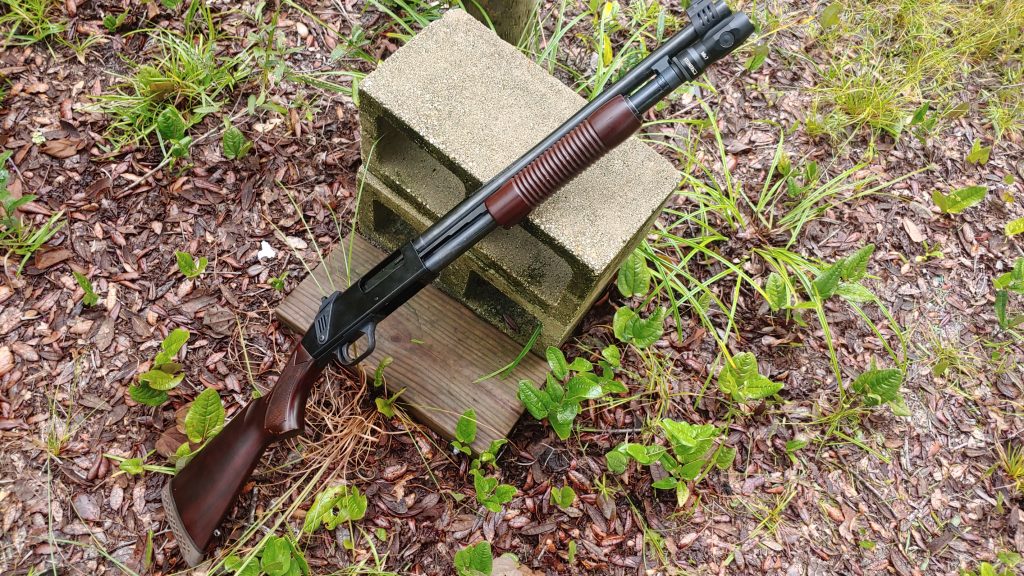 Check out the Retrograde series. Mossberg started the trend and, to me, still has the best Retro riot gun on the market.