The July 4th weekend granted me a nice opportunity to kick my feet up and relax. I started early, taking Friday off, which proved advantageous. A little show called the Terminal List premiered. I’ve been awaiting the premier since the early tease from Chris Pratt on Instagram. I enjoyed the novel and met the author fairly quickly one year. He was very humble and kind and autographed my copy of Terminal List.

So when Friday night rolled around, I settled in with a Guinness, my lovely wife, and dived in. The series is streaming in its entirety on Amazon Prime and is eight episodes, roughly an hour long each. I dived in quite content and happily finished it in a single weekend.

The Terminal List was the first book published by Navy SEAL Jack Carr. Jack Carr served 20 years as a SEAL and served as both an enlisted man and an officer. He retired as a Lieutenant Commander and became an author with a total of five books starring his protagonist James Reece. James Reece is a SEAL because writing what you know is a valuable strategy.

I love a good revenge tale. It’s one of my favorite genres, and that’s what gripped me originally about the Terminal List. Jack Carr said he wrote the word revenge on a piece of paper to act as his guiding light while he wrote the novel. I’ll try my hardest not to spoil the show, so I’ll keep things vague.

James Reece is an LCDR and troop leader who nearly meets his end when a mission goes bad. He and another team member are the sole survivors of their SEAL team. After returning home, his wife and child are killed, and he’s plagued by hallucinations, headaches, and false memories. His world is unraveling, and it’s all being done to him by outside forces. Once Reece realizes this, he decides revenge is the only option left. Thus we get the story of James hopping from palace to place, uncovering a conspiracy that leads higher than he could have ever imagined. He travels internationally even to take names off his Terminal List.

After reading the book, I knew what would happen, but I still appreciated how they made Reece an unreliable narrator. He has a brain tumor that is making him slowly lose his grip. If I hadn’t read the books, I could see myself doubting the main character and his interpretation of events.

It must be terrifying turning your character over to an actor. Surprisingly Chris Pratt did very well as Reece. He gives a great performance, especially when he doubts his sanity and in the dark moments of the show where revenge is all that matters to him. He’s akin to less crazy Anton Chigurh in drive and will.

Another standout is Constance Wu, an intrepid reporter who wisely questions everyone, including our hero. She’s a bit of a double agent but dedicated to the truth. To the point where she doesn’t necessarily believe anyone. 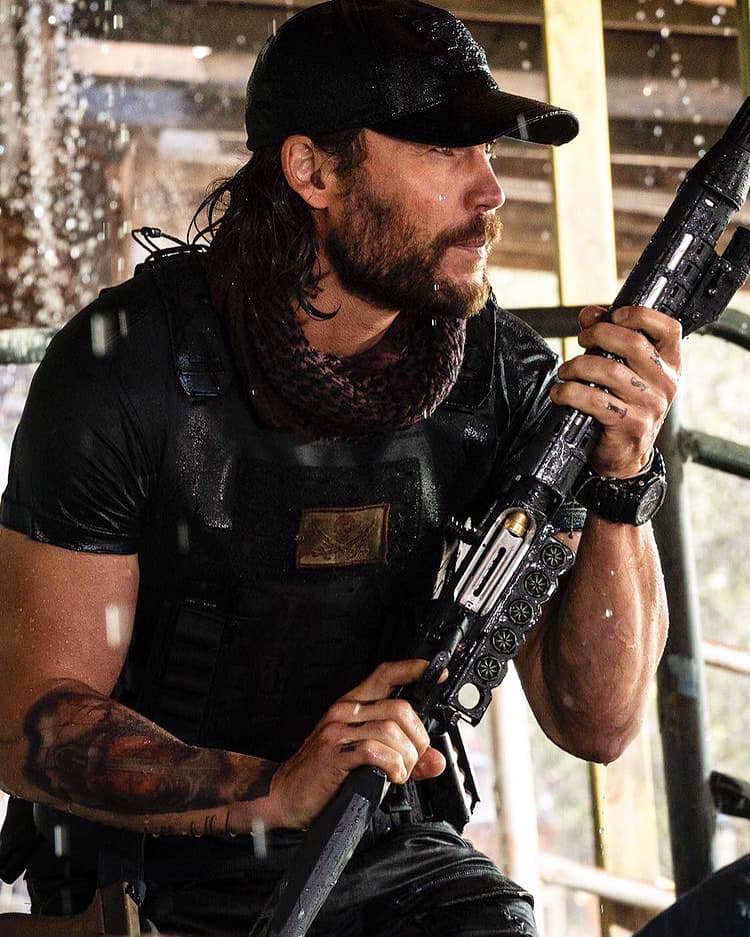 Taylor Kitsch plays Ben, Reece’s close friend and former SEAL compatriot. He’s a CIA Ground ops guy but also seems to be a bit of a hard-partying surfer. He’s Reece’s main partner throughout the series and helps him repeatedly as he crosses names off his list. Taylor is great in the role and occupies it with a laid-back gravitas with an undercurrent of violence.

Other than those three, not a lot of actors get to shine. Everyone delivers a solid performance, but their characters aren’t very interesting. Sean Gunn owns his small role, but the book and the series focus on Reece as a character, leaving some characters and actors in his wake.

The Sound of Thunder

The Terminal List keeps things simple. The story isn’t exactly new, but it’s well-told and doesn’t get convoluted or overstay its welcome. The Terminal List does a great job of moving through the story headfirst and without much restraint. Eight episodes seem to be the perfect length and keep the show from bogging down like way too many streaming shows do these days.

My main problem and complaint is this ultra-dark filter Amazon seems to have put over the show. Sometimes you can’t see anything, and it’s ultra annoying. The first episode has the worst case when the SEAL team infiltrates a series of tunnels. I couldn’t even tell what had happened.

One thing that impressed me about the Terminal List is the action. The actors are well trained and handle firearms brilliantly. 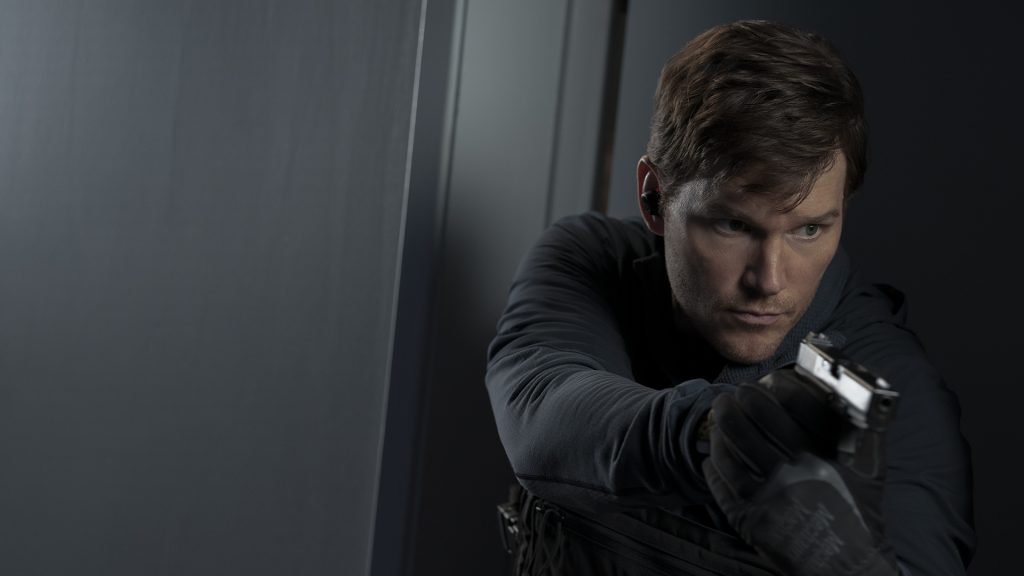 The show’s creators wisely sought out real veterans as advisors in the show. This includes SEAL Jared Shaw, who Pratt worked with on Zero Dark Thirty and befriended. Kitsch played a SEAL in Lone Survivor, and in that experience, he worked with real Life SEAL Ray Mendoza, who also advises on the Terminal List. SEAL Kevin Woulard acted as an advisor and the stunt coordinator.

This vast swath of experience made sure the actors looked authentic, and it.. The guns and gear they pick are all top of the line and make a ton of sense. Pratt rocks a BCM rifle with an Aimpoint and a Cloud Defensive OWL, and Ben Edwards uses the Beretta 1301 outfitted with Aridus Industries gear to great effect. We even see a pair of the SEAL favorite Winkler axes. 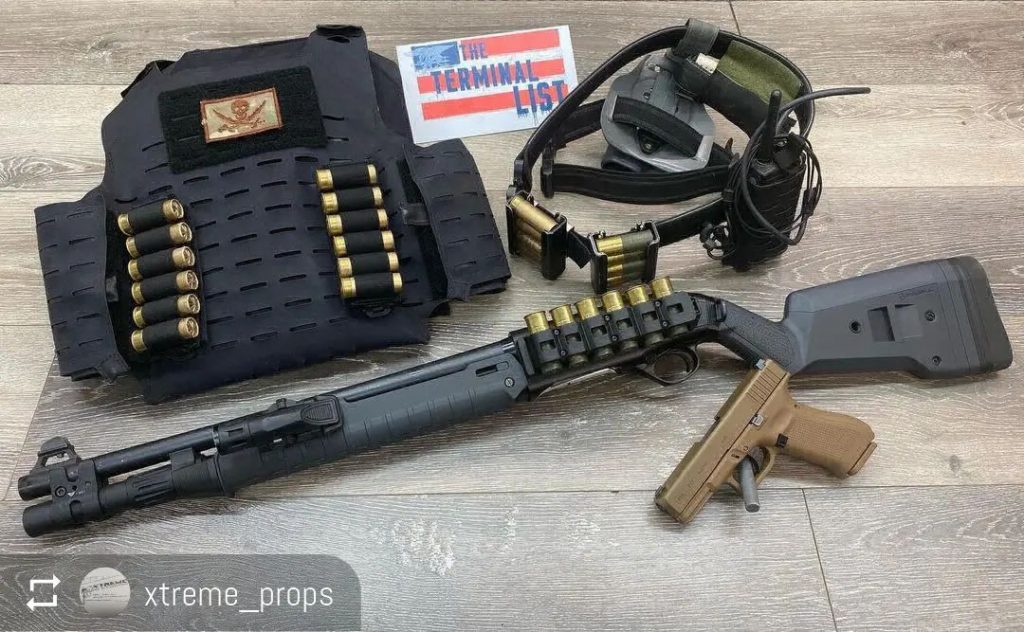 It’s impressive to see Pratt reload a Glock like it’s a reflexive function or Kitsch do a slug select drill with his shotgun. They don’t just reload when they run empty. They reload every chance they have, which is a good idea in a gunfight. If you are not moving or shooting, you should be reloading.

Little things stand out, the plate carriers don’t hang low, slings are used, and the little things that most shows and movies ignore go a long way in the Terminal List.

I enjoyed the Terminal List. It’s a great little psychological thriller with good action and solid performances. If you approach it blindly, I think a few of the twists will get you. It’s not a 1-for-1 remake of the book, so even readers will have some surprises.