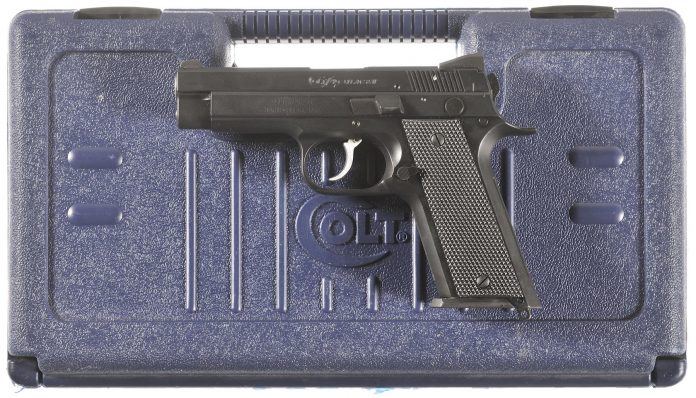 CZ of all companies bought Colt. That’s big news and likely to be a welcome change. CZ is a modern company with modern ideas, and Colt is stuck in 1980. Hopefully, that breathes some new life into the classic American company. This isn’t the first time CZ and COlt have had dealings, and if this was a comedic revenge film, I could see why CZ would eventually buy Colt. CZ and Colt came together in the mid-1990s to produce a pistol known as the Colt Z40.

In the mid to late 1990s, Colt bungled two modern handgun designs. The Colt Double Eagle was a failure of an attempt to produce a DA/SA 1911. Colt purchased a design from Reed Knight and Eugene Stoner, named it the Colt 2000, and then ruined a good design. Colt was in dire financial straits, which is a pattern Colt has repeated for centuries now.

They wanted to bring a new pistol to market but didn’t have the money to develop it. Colt ended up looking at a little company called CZ. CZ in the mid-1990s wasn’t the CZ of today. They had a reputation for producing good firearms but weren’t known and weren’t household names like Colt.

Colt wanted a new handgun and felt that CZ could build one. They would import it, and CZ would design and build it. Colt had only a few requirements. First, make it a 40 S&W. Second, make it look externally like a 1911, and third, make it double-action only.

Inside the Colt Z40

CZ turned out the Z40, which is an interesting amalgamation of features. In was the 90s, so 40 S&W was the hot round. 45 ACP was going out the door, the 10mm was apparently too hot, and 9mm was still seen as lacking, and I’m using this term ironically, ‘stopping power.’

This was a full-sized duty pistol with a 4.37-inch barrel that weighed 31.9 ounces. The overall length was 8.07 inches, and the width was 1.40 inches. The slide was steel, and the frame was aluminum alloy. Voltech Anderle designed the shape of the gun, and interior mechanism work was done by Radek Hauerland. 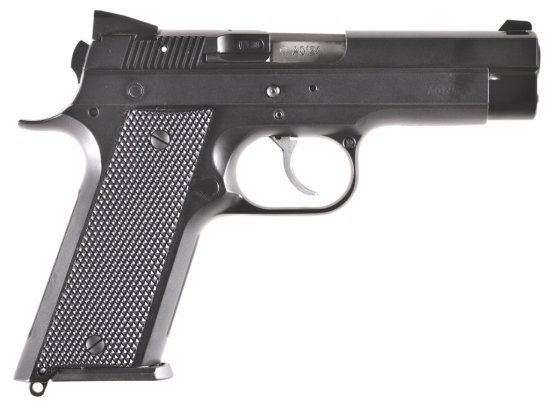 Capacity topped out at ten rounds because the AWB was in full effect, although 12 round magazines existed down.

The frame most certainly looks like a 1911. It has that government look all over it. The slide came from a CZ 75-type pistol, and the combination makes an interesting-looking pistol. There is no safety, and the DAO action was the relied upon safety mechanism.

Reportedly the pistol was fairly nice. The DAO trigger was about 13 pounds or so, but people were likely a little more used to that due to the time period. The ergonomics of the 1911 frame combined with the CZ operating system meant the ergonomics and reliability both scored high.

So why did Colt only ever import 100 of them?

Smart gun technology is the answer. Colt, and well, most of the big firms were experimenting with smart guns and mixing electronics into guns. COlt modified a number of their revolvers and Z40 pistols into ‘smart’ guns, and the gun-buying public hated the idea. We still do now, and for good reason.

Everyone then began associating the Colt Z40 with smart guns, and they languished. Colt walked away from the deal with CZ, and CZ was likely not very stoked. This is where their revenge story starts, and it ends with them buying Colt. Admittedly I made that up, but I’d like to think one Czech executive fist pumped when it happened.

Later on, CZ would make the gun as the CZ 40B, but it was DA/SA, with a safety or decocker depending on what you wanted. I should also mention the DWX.

CZ also purchased Dan Wesson, and Dan Wesson produces the DWX, which is another CZ/1911 hybrid. This gun features a CZ 75 frame with a 1911 slide, so it’s a bit of a reverse of the Z40. It’s neat how things come, go, and come around again.

Now that Colt is owned by CZ maybe we’ll see the Z40 make a retro run. Probably not, but maybe a 9mm version? Odder things have happened.