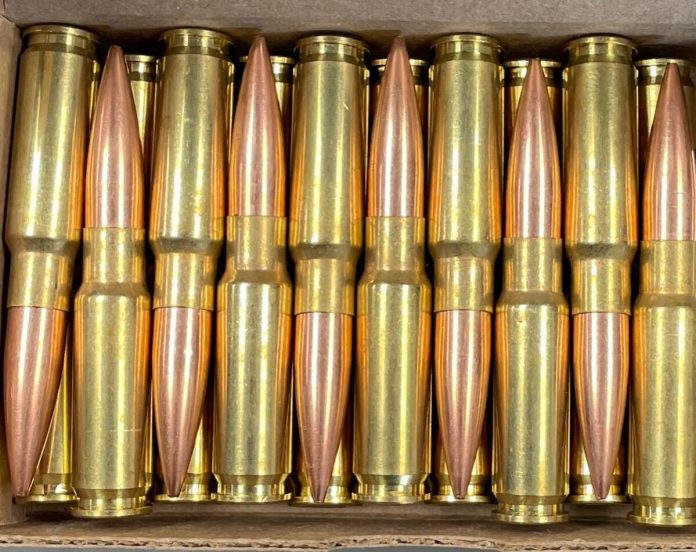 I’m not a big suppressor head, but I appreciate their performance. A friend of mine loves cans and suppressed rounds. He hand loads and tinkers to make the most effective suppressed goodies, and recently, he’s been raving about the 8.6 Blackout, and that’s led me to ask, what the hell is the 8.6 Blackout?

The projectile size is already weird. To me, anything in metric above 7.62 defies my American thirty cal mindset. It reeks of Europeanness and never being on the moon. Yet, as I came to find out, it’s an all-American round. So what is it?

Well, there are clearly some hints in the name. Blackout, like 300 Blackout, likely means it’s designed to be suppressed, and the use of an 8.6mm projectile likely means it’s a big, heavy, subsonic projectile. That being said, what’s in a name? This round has also been referred to as the 8.6 Creedmoor and the 8.6 BLK. Although, if my friend is any metric, the name 8.6 Blackout seems to be the most popular nom de guerre.

Whenever something new comes up in the world of suppressed goodies, it’s not much of a surprise to see Kevin Brittingham of Q behind it. The guy has likely innovated in the suppressor world as much as Maxim did. He’s helped create ammo, suppressors, and even weapons designed to be designed.

He is the mind behind the 8.6 Blackout, and he partnered with Hornady to make it so. 8.6 is the metric means of saying .338. They took a .338-sized projectile and shoved it into a 6.5 Creedmoor case. Kind of. They had to trim the case and neck it up first. 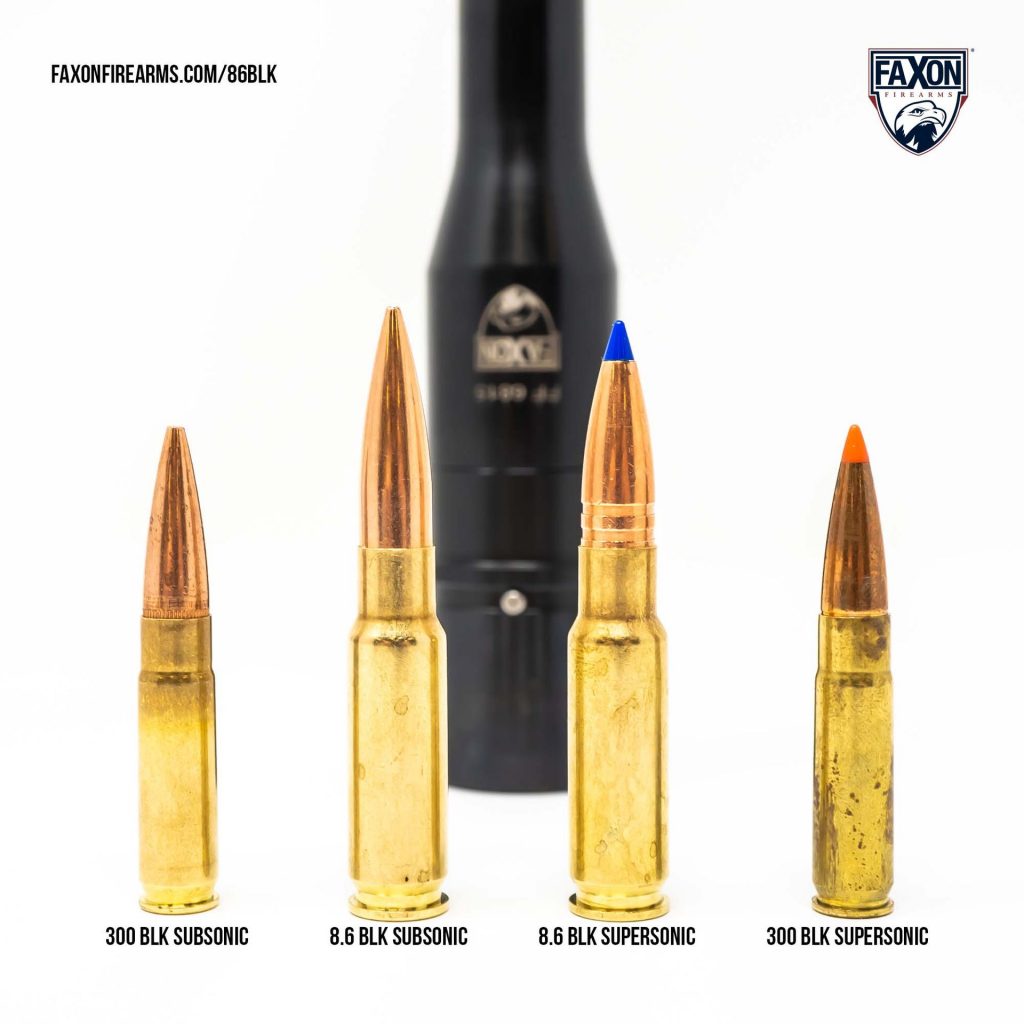 Using the 6.5 Creedmoor case does a few things. It keeps the length right, so the ammo works in .308 magazines. It also allows you to retain the .308 bolt face, which will make building rifles for the design a bit easier than something new or proprietary.

The design offers you the versatility of both supersonic and subsonic loadings. The supersonic loads are a ‘light’ load in the 150 to 160-grain field. The heavier subsonic projectiles get up to 300 grains. Supersonic rounds offer more range, but they retain the supersonic crack. The benefit of a subsonic load is the elimination of that telltale crack at the cost of max effective range.

The subsonic rounds are effective in killing an animal out to 300 yards. That’s fairly impressive for a subsonic cartridge. The report would be around the same as a .22 suppressed, at least that’s what people in the know state.

These big, long, and heavy bullets aren’t designed for a 24 or even 20-inch barrel. The 8.6 Blackout is designed around a nice, short, 12.5-inch barrel. Short barrels rule in general, and more importantly, they allow the mounting of a suppressor without making the weapon overly long.

Will the 8.6 become as popular as the .300 Blackout? I can’t possibly say, but I sure hope so. It seems like an awesome idea, and as a hunter, it certainly strikes me as a capable round for my preferred hunting ranges. Hopefully, we can get hands-on with an 8.6 Blackout sooner than later.