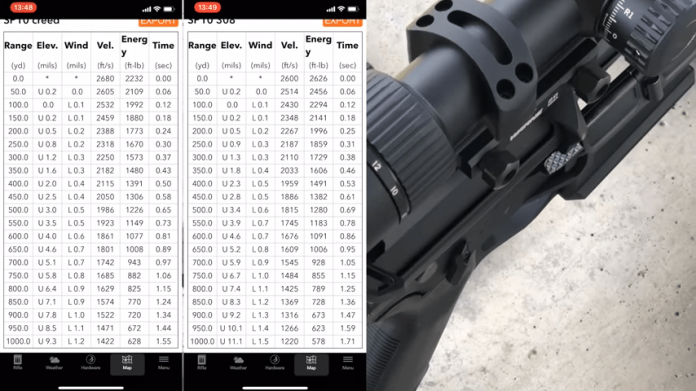 If anyone tries to tell you that the old battle horse known as .308 Winchester (alternatively, 7.62×51 NATO) is washed up, you’ll know right away they’re either drinking the kool-aid or are drastically ill-informed as to hunting and war history.  The effectiveness of the .308 has been shown for many decades in deserts, rice paddies and forests around the world.

That’s not to say that the venerable old cartridge doesn’t leave room for improvement.  During all those decades where the .308 smote ruin upon scores of mammals (two-legged and four), ammunition experts have been perfecting their craft with more modern powders, bullet design and fluid dynamics computations.  The US Army’s Special Operations Command has started switching over most Spec Ops sniper rifles to 6.5 Creedmoor, citing improved ballistic performance at long range and doubling the hit probability at 1000 yards.

In the below video, Joel Wise of the Precision Rifle Network and YouTube channel TFB TV illustrates the differences in ballistic trajectory by comparing two very similar rifles, one chambered in .308 and one chambered in 6.5 Creedmoor.  Check it out!