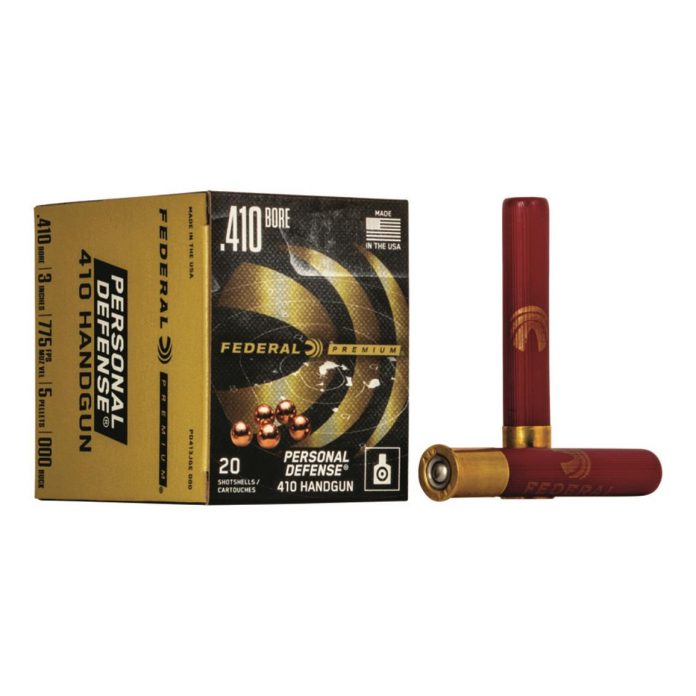 My first shotgun was a Remington 870 Express in .410. I received it when I was eight years old and used to take many rabbits and squirrels throughout my youth. I’ve always loved the .410, but it’s never been one of my go-to options for home defense. Today I want to examine the idea of the .410 for home defense, see if it works, why it works, and if it’s a good choice.

.410 gives shotgunners one of the smallest shotgun shells on the market. Not the smallest, I mean in a world where 9mm Flobert exists. .410 is also one of the few shotgun shells not measured in gauge. Instead, it’s measured by its bore size. It would be approximately 67 gauge if we measured it as such. The original .410 was a pinfire round.

Interestingly enough, when the discussion comes up regarding .410 for home defense, it bears mentioning the early advertisements stated the cartridge was acceptable for naturalists, garden guns, and walking stick guns. Walking stick guns being a gentleman’s friend and allowed them to pack a James Bond-style walking cane self-defense gun.

Most people choose .410 for new shooters, kids, and smaller, profiled shotgunners. It’s appropriate for hunting small game, and even predators and medium game with the right laid choice. That being said, what about the .410 for home defense?

What makes a round effective for proper defensive use? Well, first and foremost, the shooter needs to be able to place the round. Shot placement matters, but that’s not on the round. What’s important ballistically with the .410 for home defense is penetration. A self-defense load needs to penetrate to a depth of at least 12 inches through ballistic gel and not more than 18 inches. 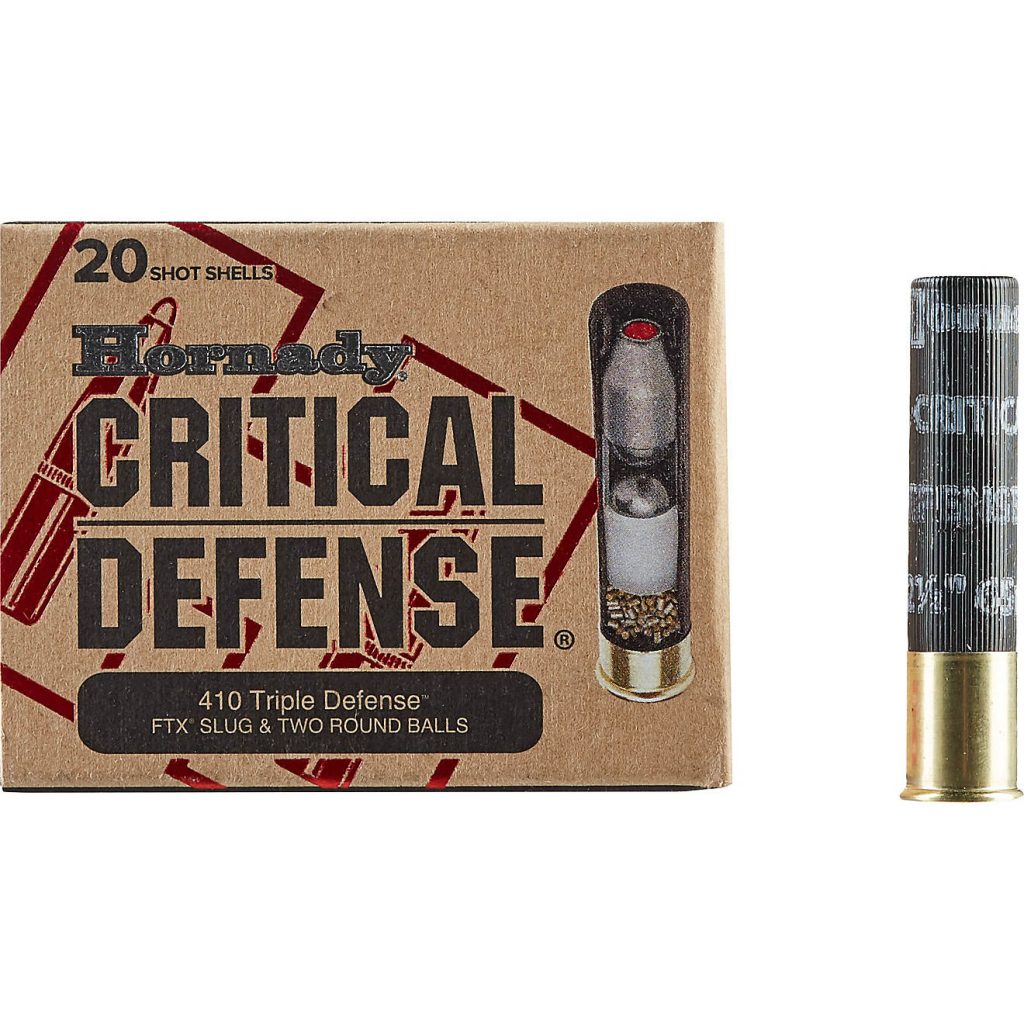 One of the big benefits of the popularity of the Taurus Judge handgun is the ammo it produced. People began producing dedicated self-defense loads for the .410. These might’ve been aimed at handguns, but they worked perfectly fine through actual shotguns. These loads have been proven to penetrate deep enough to be a serious threat.

[Editor’s Note: In point of fact they work best in regular shotguns]

The Hornady Critical Defense .410 and the Hornady 000 handgun buckshot both work extremely well. They penetrate deep, hit hard, and deliver anywhere from three to four projectiles.

What about weapon selection? To use .410 for home defense, you have to have an actual .410 for home defense. Your options are light, but they exist. Mossberg makes a 500 Home Security Model with a foregrip and spreader choke. They also now make a seven-shot .410 590 model that’s rather new and is likely the best option. Henry makes a light and short .410 in the X series lever guns that could work as well.

Is It the Best Option?

If you can’t handle a 12 or 20 gauge, then the .410 seems like the only option. Sure, if you limit yourself to shotguns. The 12 and even 20 gauge offers a drastically increased payload with multiple projectiles that create more disruptive tissue damage with each and every shot. A payload of buckshot from a 12 or 20 gauge is the main reason why you’d use a shotgun. 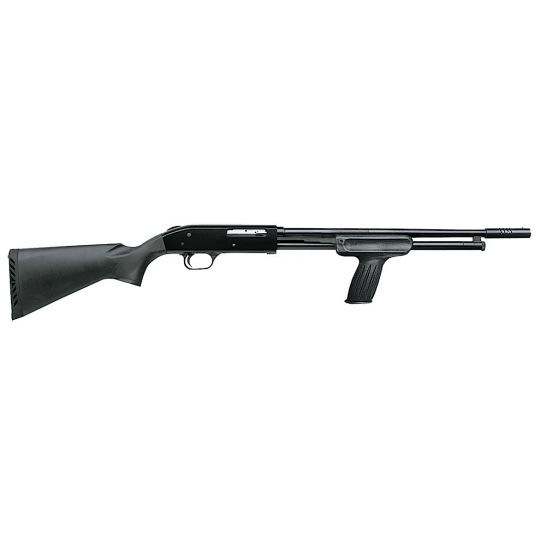 The .410 payload is much, much smaller and delivers four projectiles at most. The 590 in 410 holds seven rounds total, so at max, you have 28 projectiles. Twelve gauge shotguns come in 2.75 loads of 8 to 9 pellets, and these guns offer seven to eight rounds, giving you 64 to 72 pellets per magazine tube.

The .410 for home defense works, but it might not be the best option. Sure the recoil is super lightweight, and so is the gun, but so does an AR-15. In fact, an AR-15 with a loaded mag gives you thirty projectiles, low recoil, and is lightweight.

If you go the .410 for home defense route, then make sure you load it with good defensive-oriented ammunition. Pattern the gun, train with the gun and ensure you can do your job. With the right ammo, the .410 will do its job.