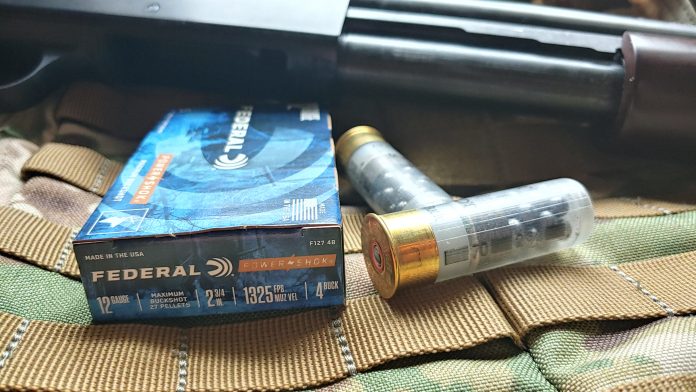 I’m a member of numerous firearms social media groups across a wide variety of platforms. These groups vary from professionally oriented, science and fact-based groups with high levels of information to the exact opposite. Sadly a great many social media groups provide very little good information. On one of these groups, someone asked what shot size was best for home defense. Sadly, a lot of people suggested birdshot, but behind the birdshot, commenters were those suggesting number 4 buckshot.

No. 4 buckshot isn’t as wrong an answer as birdshot, but it’s still a poor choice for a fighting shotgun. For a long time, dedicated shotgunners have worked to dispel lots of fuddlore, lies, and myths about the shotgun, and today we are going to talk about why you should just say no to number 4 buckshot for home defense.

Number 4 Buckshot is the smallest buckshot load available for 12 gauge shotguns. Each number 4 buckshot pellet is approximately .24 caliber, and each 2.75-inch shell holds around 24 pellets. It’s a great load for some tasks. 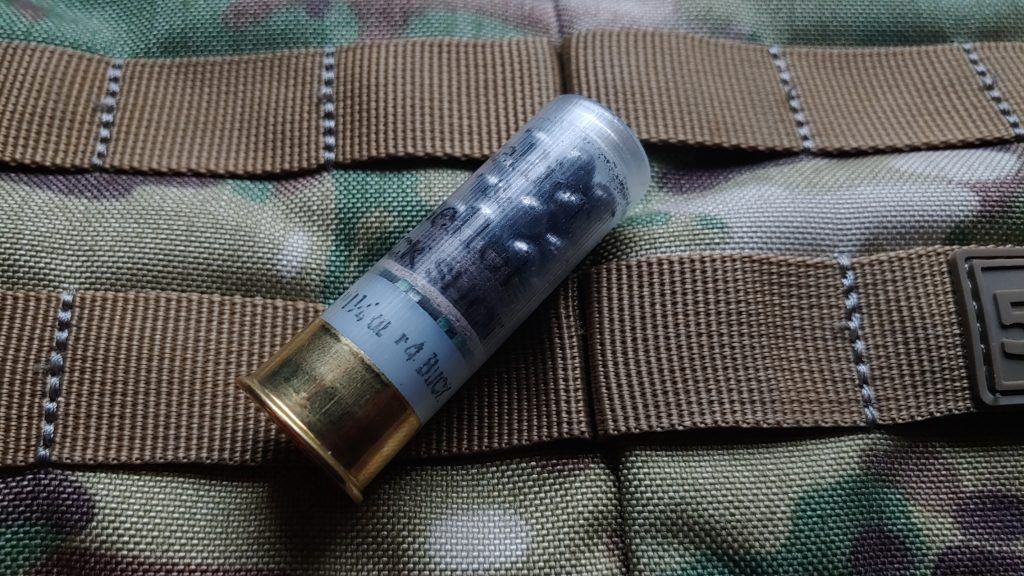 I love No. 4 for coyote removal. If I get in coyote range with a shotgun, it’s likely moving, and as such, the spread of pellets helps make it easier to hit a moving target. Lots of little pellets increase my chances of taking the animal down. Coyotes are relatively small, and those .24 caliber pellets can take them down with relative ease.

Hornady includes Number 4 buckshot in their varmint express line of cartridges for a reason. It’s really not a great choice for animals much larger than coyotes.

Why No. 4 Comes Up In the Home Defense Realm 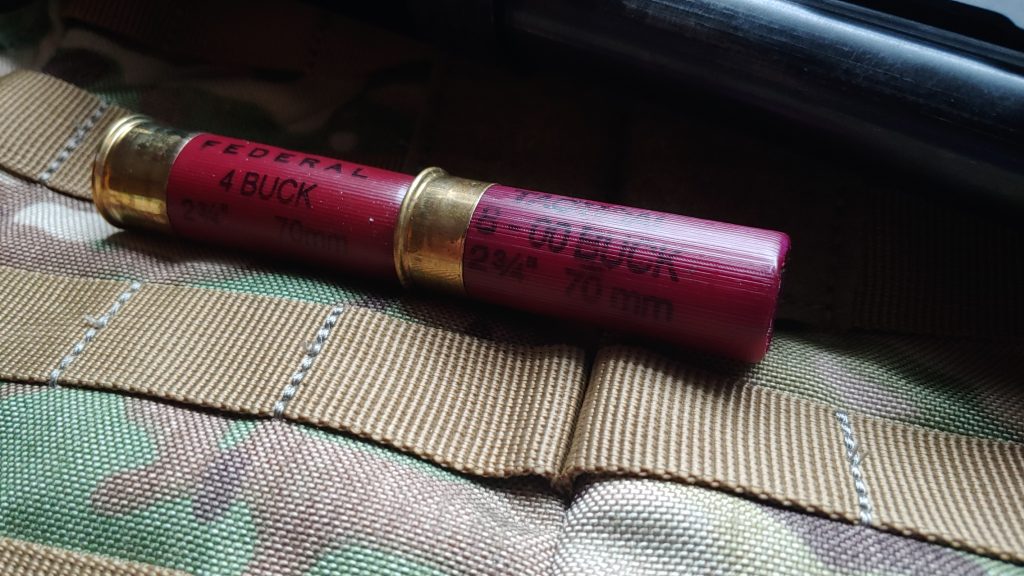 I’ve also heard some say it recoils less. Well, it can, but it doesn’t recoil less than standard reduced recoil 00 buckshot.

The main reason why you shouldn’t rely on number 4 buckshot for home defense is that it fails to reach acceptable standards of penetration through fleshy targets. In-gel tests, the majority of pellets from a 2.75 inch No. 4 buck load rarely reach the 12-inch minimum standards. No. 4 will penetrate through drywall and also fail to penetrate through bad guys.

Second, there is a lack of dedicated self-defense no. 4 buckshot loads. Remington, Hornady, and Federal all produce high-quality tactical loads of 00 buckshot. These loads are specifically designed for gunfighting and manage recoil, pellet spread, and penetration.

Number 4 buckshot kicks butt in some tasks, but in those tasks, the widespread of buckshot is important. For this reason, No. 4 often spreads wide, and that’s not good for home defense. You want tight, controllable patterns that deliver consistent tight groups. This takes us back to not miss. It’s much easier to miss with a partial load of Number 4 buckshot than a tighter load of tactical 00.

00 and No. 1 loads are your best bet for home defense. I would love Federal to bring back the FliteControl No.1 load, but until then, it’s all about eight pellet 00 loads specifically designed for tactical applications. Anything else is a subpar choice for home defense. Why anyone would want a subpar option for home defense is beyond me.