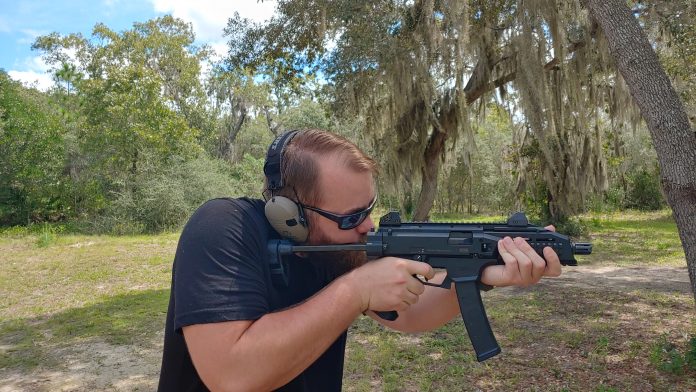 The discussion over which is the best home defense weapon will go on way beyond my level of patience. Personally, if it goes bang reliably and works for you, I don’t doubt it will work to defend your home. However, when we examine the different types of weapons out there for home defense, we are unlikely to find a more bitter contention than the pistol caliber carbine vs. rifle debate. PCCs are a broad category, and due to US definitions of rifles and pistols, they can meet the definition of both pistols and rifles.

With that in mind, when I say PCC, I am talking about guns with 16-inch barrels, SBRs, and handguns equipped with braces that resemble submachine guns and fire pistol rounds. Rifles, legally, are guns with stocks and 16-inch rifled barrels. An AR 15 pistol is a legal term more than a factual one. When I say rifle for this article, I also mean AR, AK, and similar style pistols chambered in rifle calibers.

Today we are going to examine the situations in which a PCC is superior to a rifle in a home defense situation.

You Want a Suppressor

The power of a suppressor shouldn’t be underestimated for home defense. Suppressors preserve your hearing, as well as reducing muzzle flash and concussion. Shooting a gun inside a home is never comfortable, but a suppressor can make it safer.

Rifles can be suppressed too, and rounds like the 300 Blackout are great for home defense. However, 9mm suppressors and subsonic 9mm ammunition are a helluva lot more common and affordable than any subsonic rifle round.

Light and short guns are handy for home defense tasks by their very nature. They work well in cramped quarters and can be superbly lightweight. Smaller framed shooters may not be able to comfortably handle a regular rifle compared to a 5 pound PCC. 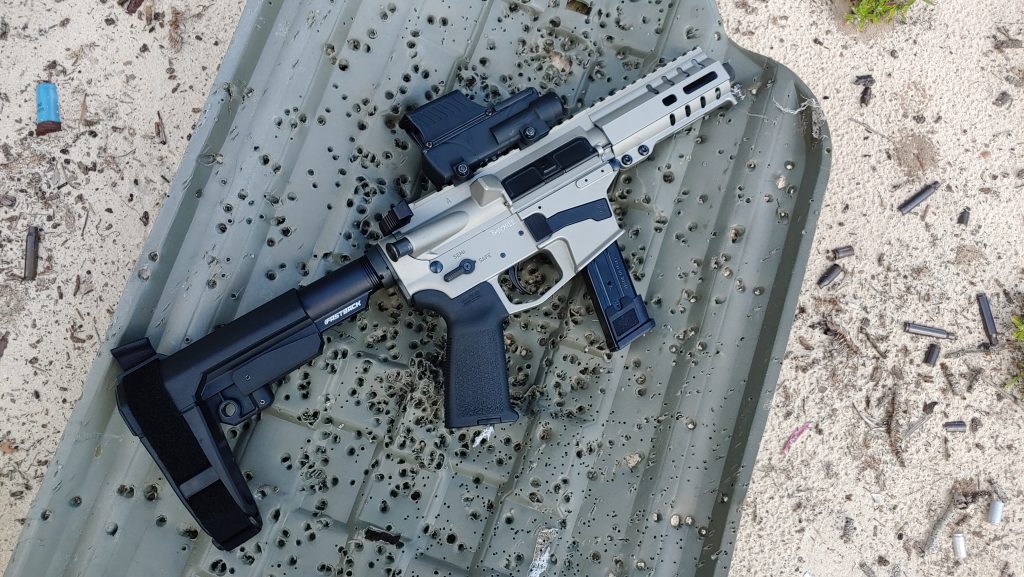 A rifle round coming out of a 5-inch barrel is losing lots and lots of performance and power. The same can’t be said about a PCC. Outside of a loss of power, extremely short rifles tend to have lots of flash and concussion. PCCs with 5, 4, and even 3.5-inch barrels tend to be quite pleasant with 9mm loads.

Being ultra-short and lightweight is the best trait of a modern PCCs like MP5 clones, the CMMG MK 17, the Sub 2000, and the MPX. Some PCCs can be a little heavier, especially blowback models, but they are typically smaller than rifles. This results in a gun that can be fired with a single hand and manipulated around corners and through doorways with greater ease.

You are inside your home. The range is extremely limited, and the rifle’s long-range advantage makes don’t count here. The PCC can own inside of 50 yards, and unless you’re Dr. Dre, I doubt your house will run that kind of range.

Unlike a rifle, a pistol cartridge won’t create excessive flash and concussion inside a home. A rifle, especially a short-barreled model, will create substantial noise, flash, smoke, and general unpleasantness.

PCCs tend to be a bit more polite, at least if you are behind it. A rifle round will still outperform a pistol caliber at close range, but the PCC’s design typically encourages and allows for rapid follow up shots should one not get the job done.

Ammo is expensive during this time, and rifle ammo is more expensive than pistol ammo. While upsets in the supply line occur, on average, pistol ammo is much cheaper than rifle ammo. I can fill a AR 15 gun case up with 9mm ammo for cheap. When brass cased 9mm is costing 17 cents per round, you can get a lot more practice than paying 24 cents a round for the garbage tier 5.56. (Ahh, those were the days) 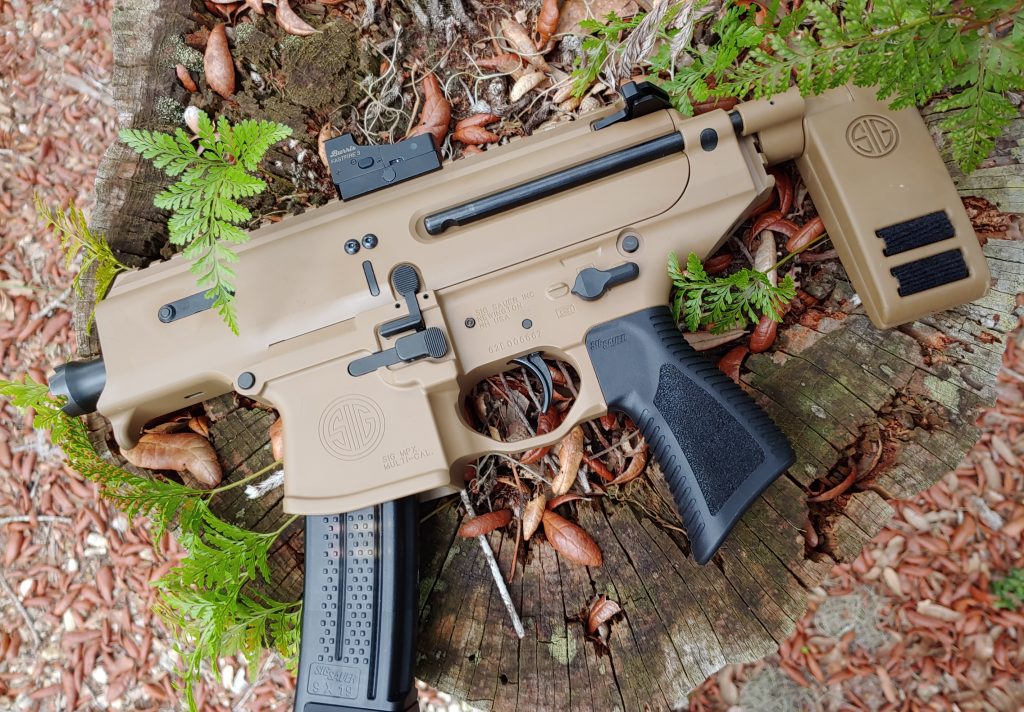 Many modern PCCs utilize pistol magazines, and this will allow you to purchase pistol magazines that can serve a dual purpose. Heck, if you are a fan of specific platforms, you might be able to share between several rifles and handguns.

Recoil is a Big Issue

Is recoil a major concern for you? Some shooters with arthritis, varying strength levels, and other concerns may choose the PCC over any other weapon. A modern pistol caliber carbine offers less recoil than shotguns and rifles but is much easier to handle than a handgun.

Some blowback-operated PCCs can have recoil similar to a 5.56 rifle, but more refined models exist. The MPX uses a gas-operated system, the Banshee uses a radial delayed system, the MP5 uses its famous roller delayed blowback, and the Ruger PC Carbine series uses a dead blow blowback system. These systems all allow a PCC to deliver less recoil than a traditional blowback system and a rifle.

PCC For Me, PCC for You

Five or six years ago, no one may have cared much about pistol caliber carbines. Within the last few years, they’ve gained respect and exploded in popularity. While the rifle is often cited as the best home defense weapon, the PCC most certainly has its place inside the home. It offers advantages over the rifle in close quarters that shouldn’t be ignored.