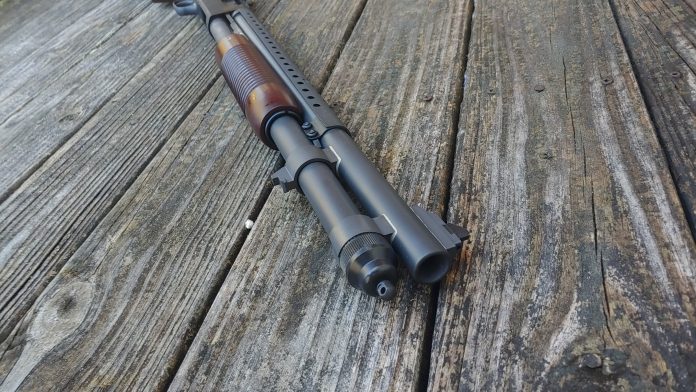 There I was, working out and listening to a podcast by Primary and Secondary. One of the guest speakers, Steve ‘Yeti’ Fisher, began talking about shotguns.

I love shotguns, and Mr. Fisher is an expert in such matters, so my ears perk up when he talks. He mentioned that shotgun barrel harmonics play a role in how the gun patterns. He specifically mentions that the Mossberg 590A1 patterns tighter on average than most shotguns. 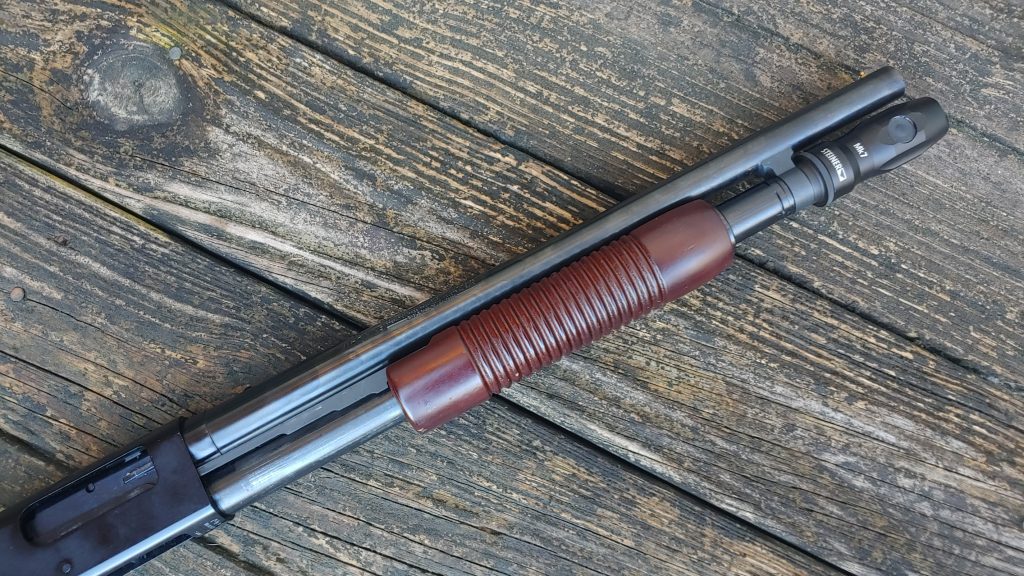 Steve specifically mentioned the 590A1, and as a shotgun nerd, I have one on hand. To keep things fair, I needed to compare it to a shotgun similar in quality but different in its barrel design. In my mind, a classic Mossberg 500 Retrograde was perfect. It’s also a Mossberg and a quality shotgun. 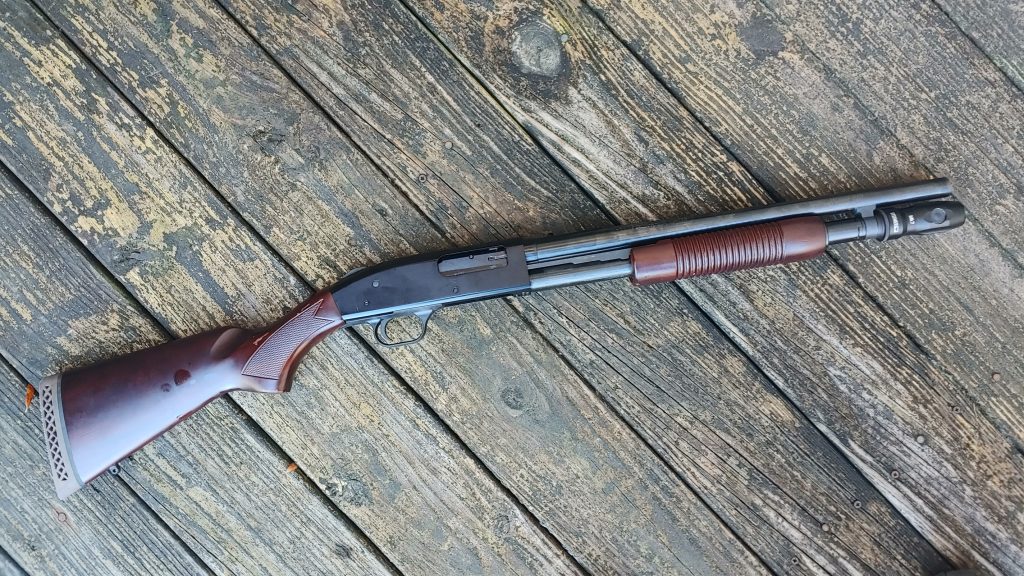 Obviously, I needed to utilize the same exact ammunition. I went with a simple 00 buckshot load from Sellier and Bellot. I not only used the same ammo but used ammo from the same exact box. 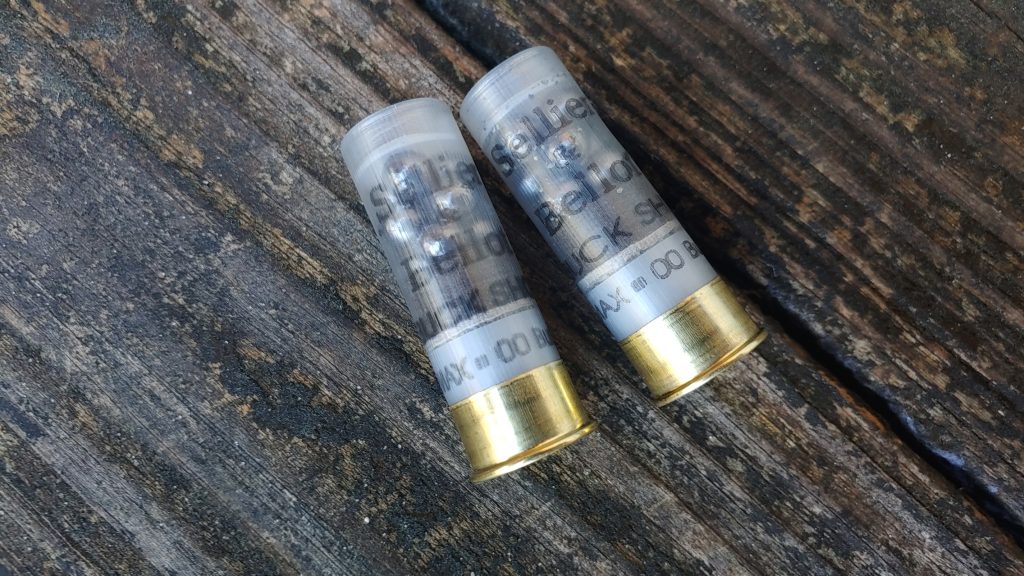 I decided to test the gun at 15 yards. That’s a hair longer than most for home defense and a nice number divisible by 5. Also, 15 yards is where we start to see a bit more spread in most shotguns with basic 00 loads. 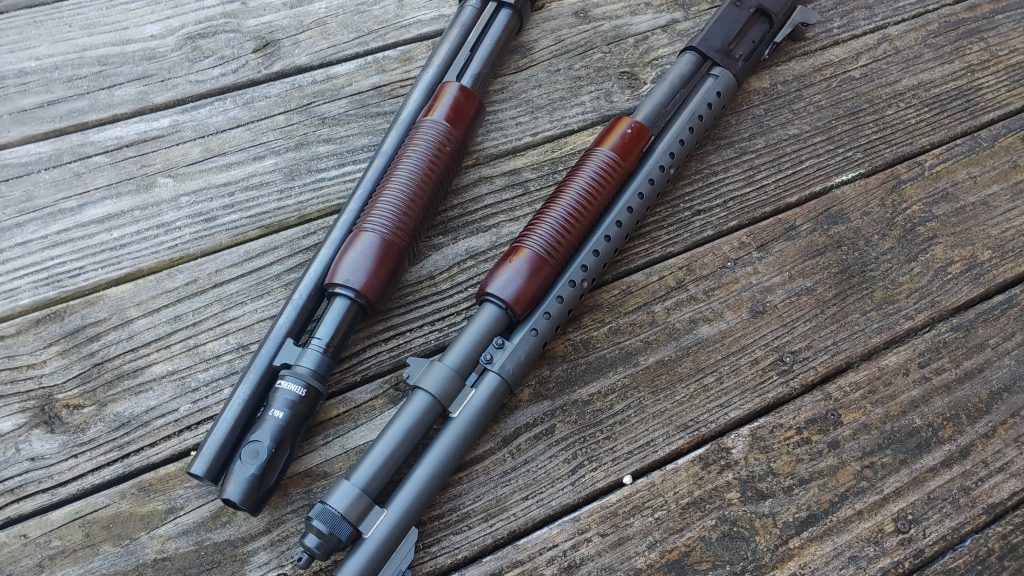 For simplicity’s sake, I used B-8 targets. I set up six targets and planned to fire three rounds from each gun, one shot in each target. The test was fairly simple, and the plan was that if the tests were close, I do an additional three rounds with each gun on new targets.

I strapped on my lab coat, my eye, and ear pro and loaded some shotguns. It’s science time, nerds! Six booms later, I had my results. I didn’t have to repeat the process because the results were obvious. 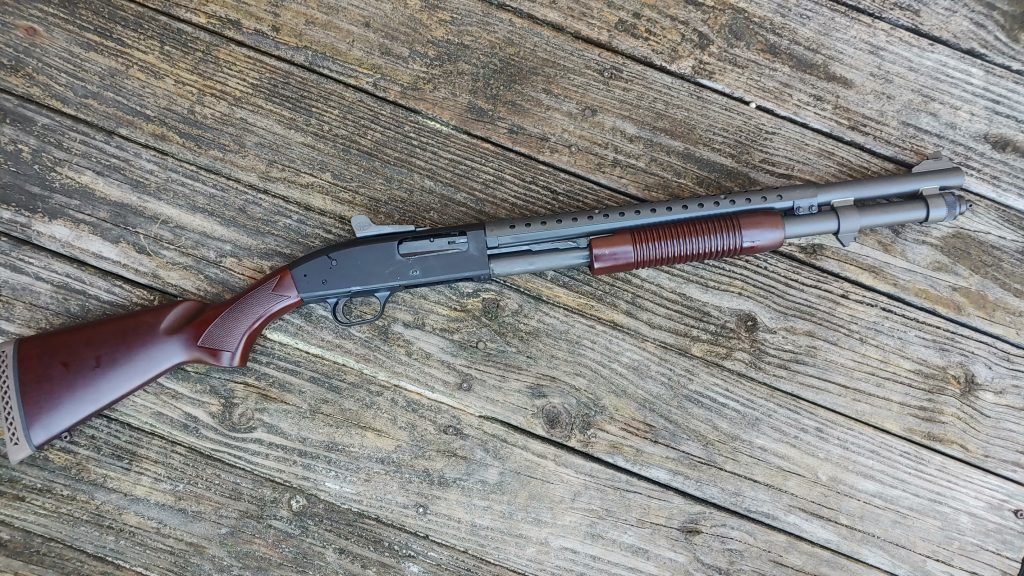 Mr. Fisher was entirely correct in his statement. The 590A1 held a tighter pattern, and not just by a little. I measured the patterns like you measure a group. From the center of the two pellets furthest from each other. I rounded up to the nearest quarter inch.

The Mossberg 500 produced very consistent patterns. Two were 11 inches, and one was 10.5 inches in diameter. 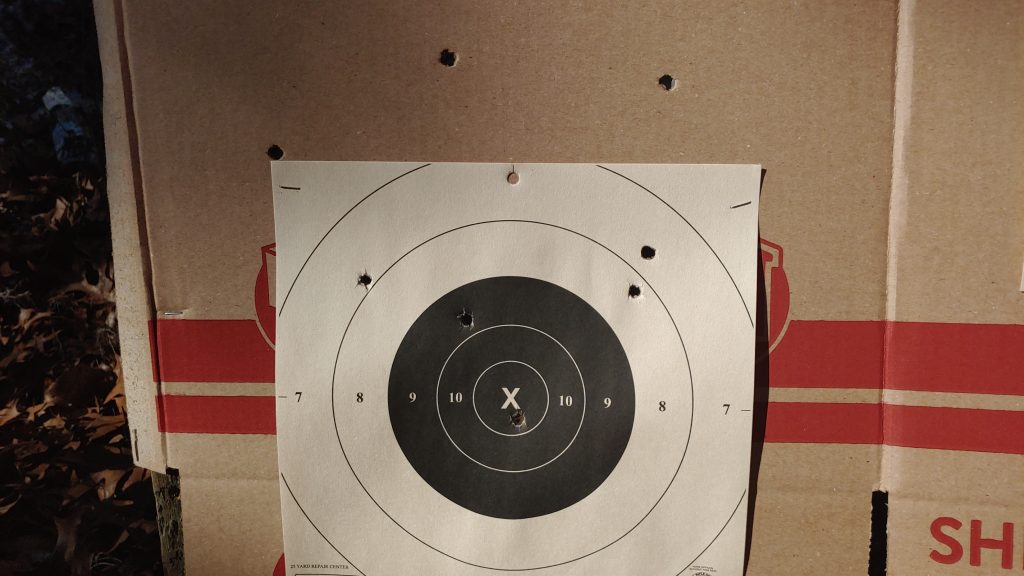 Mossberg’s military proven 590A1 produced two groups that were roughly 7.5 inches in diameter, and one was a very tight 6 inches. 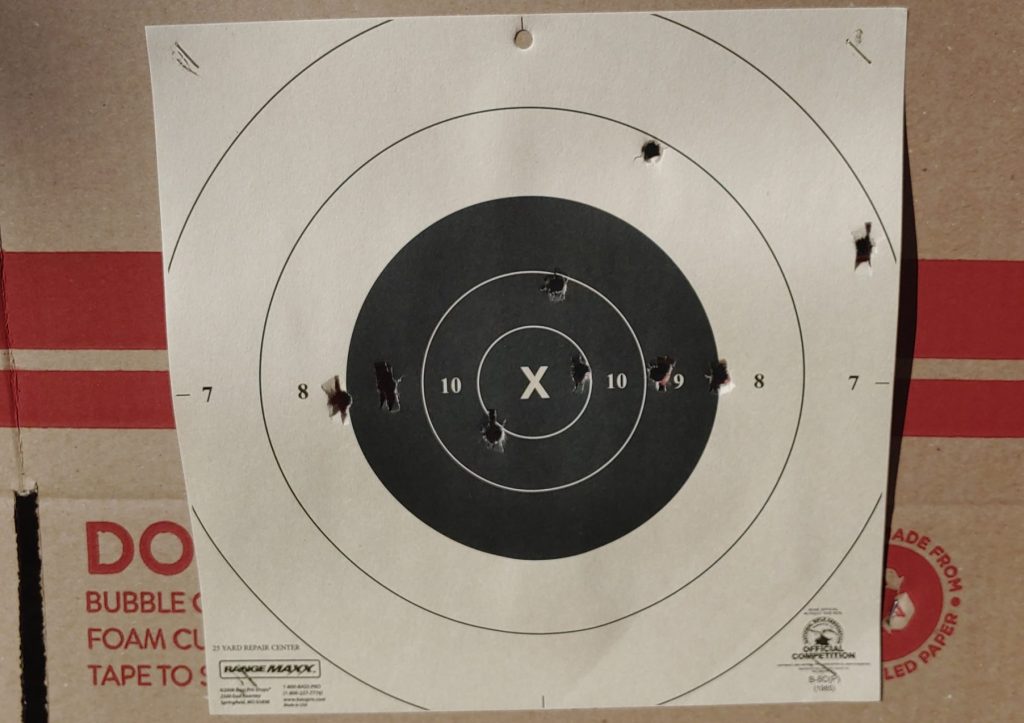 Another interesting tidbit of shotgun barrel harmonics is the way the gun’s patterned. The 500 patterned in a more circle-like manner. My 590A1 patterned more horizontally. This could change with different ammo types, but it was interesting to observe with this bare-bones 12 gauge load. 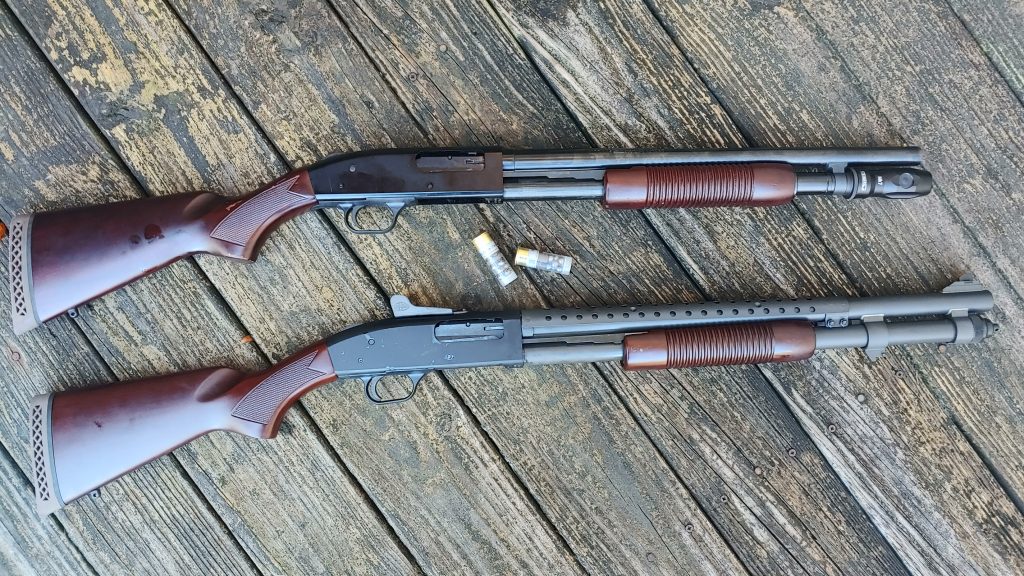 I never considered anything regarding shotgun barrel harmonics prior to this test and hearing Mr. Fisher educate me. Oddly enough, I can’t seem to find much information online on this very topic, so hopefully, I can fill that gap for the next guy googling the subject of shotgun barrel harmonics. This further reinforces the idea that you should always pattern your shotgun and assume it will pattern a specific way with a specific load. Get out and test it yourself.