In the late 1980s, an elite team of mercenaries was dispatched to Central America to engage a group of terrorist guerillas and their Soviet adviser. The team was successful, but only one man survived the mission. He, and his team, were unfortunately not equipped with the SIG Romeo5 XDR Predator sight. I’m not saying it would have made as big a difference as say.. modern thermals, but maybe they would have aimed their rifles from the shoulder instead of hip firing. For brevity’s sake, we are calling this optic the SIG Predator. -Top Secret AAR

The name, and my pop culture laden intro, are due to the fact SIG built a special edition of their Romeo5 XDR sight with a Predator inspired reticle. The XDR designation means you can utilize multiple reticles, and the SIG Predator has four reticles total. The most important is the 4th and final, which is the 12 MOA triangle only. It’s designed and modeled directly after the Predator’s own reticle. 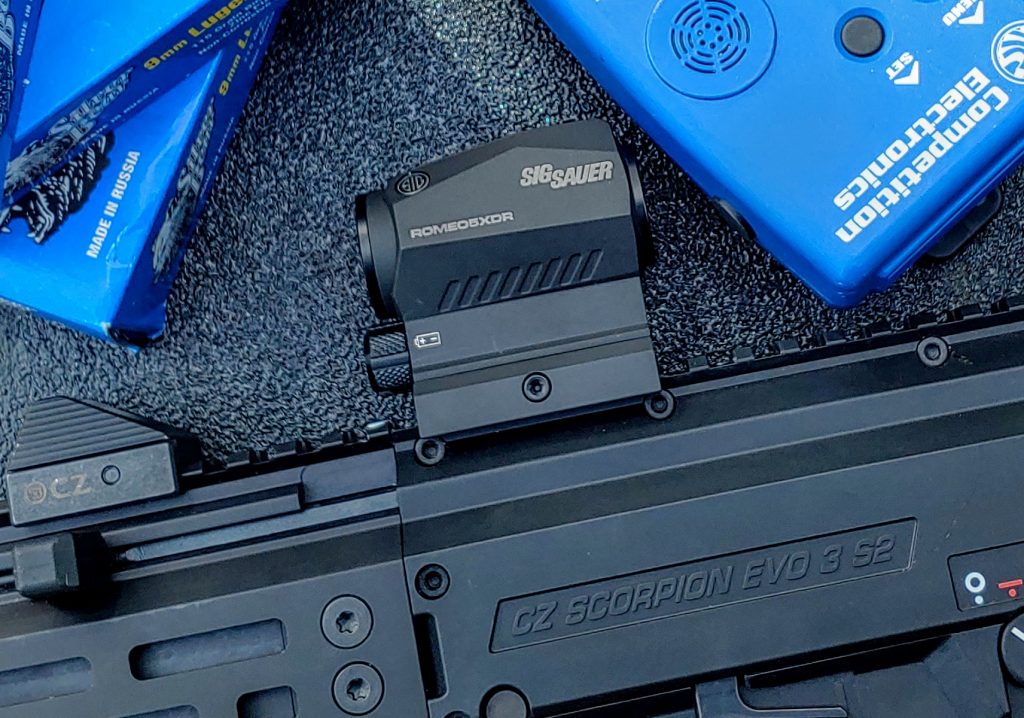 The other reticles include a dot only, a dot with a line underneath it, a 12 MOA triangle with a dot in the middle, and the 12 MOA triangle mentioned above. The different options are nice, and from a practical perspective, the 12 MOA triangle and dot are likely the handiest. The dot allows for precise shooting, and the triangle provides for closer range speed.

The Power of the Triangle

Is it better than a circle and a dot? It’s comfortable and easy for the eye to pick up. The 12 MOA triangle isn’t just for looks; it’s great for speed for extremely close-range shooting. 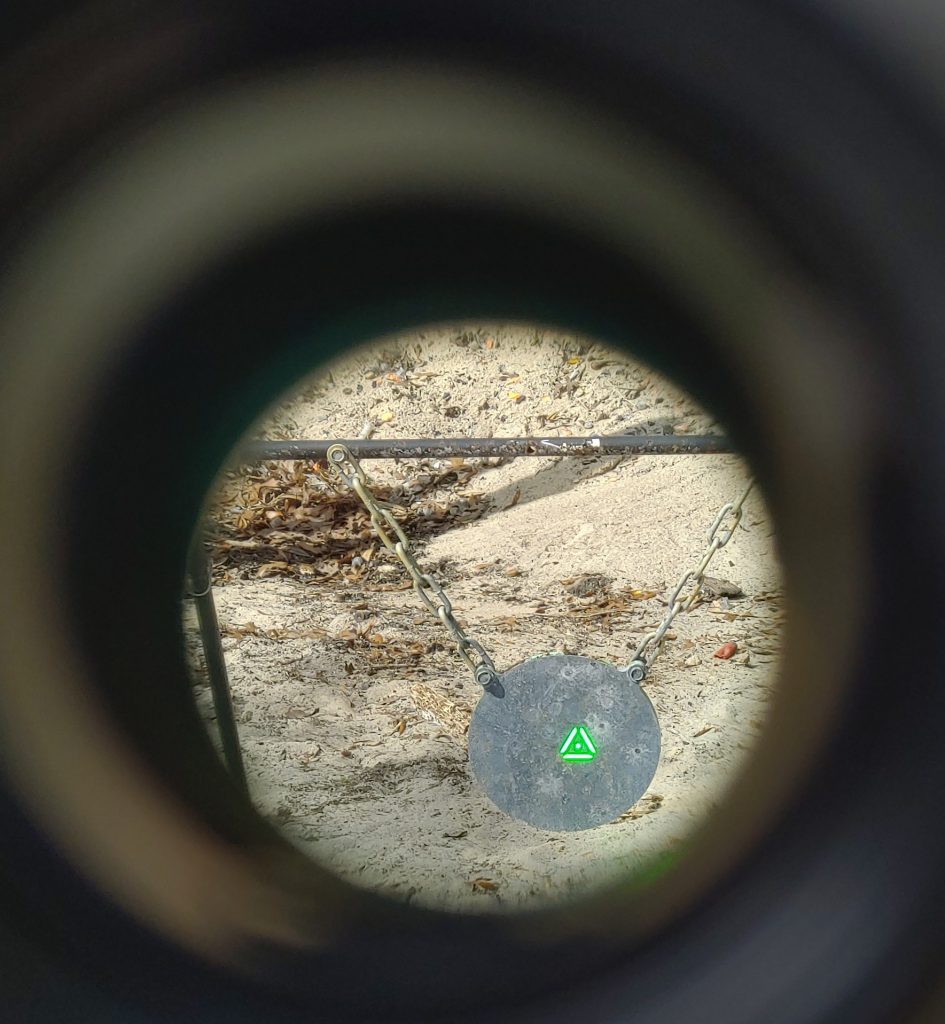 The best way to think about it is what range are you shooting at? Engaging targets from 50 to 200 yards? Use the single dot. The single dot does allow for the best precision red dots can offer. The small 2 MOA dot won’t cover much of the target at this range.

Am I engaging closer than that? Go with the triangle. This big 12 MOA triangle is perfect for fast target acquisition. You are essentially swapping from a 2 MOA dot to a 12 MOA triangle. The dot with the line underneath exists, but doesn’t seem to be incredibly useful.

Going Green With the SIG Predator

The SIG Predator does use a green reticle, which is different than the movie, but green is easier on both the eye and the batteries. The 12 MOA reticle is likely a battery drainer, and the green helps a bit.

[Editor’s Note: Most battery life estimates you see are at a moderate setting, on the dim side for daylight use, and if the sight has multi-reticle selection it is measuring power consumption of just the single dot. Instead of getting into the weeds of the math of power consumption and LEDs and all that… just change your battery every year and carry a spare for the range. Easy] 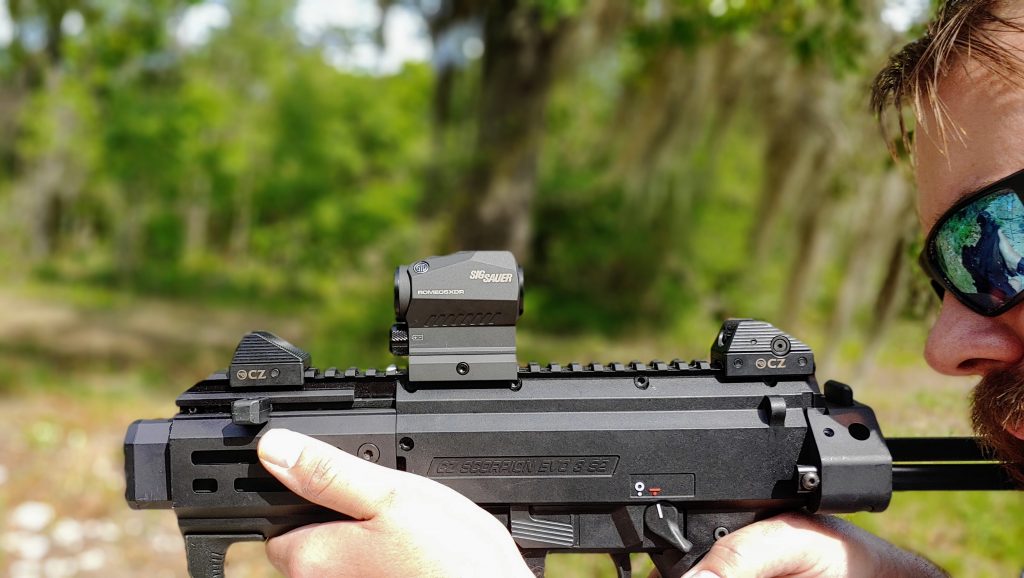 The SIG Predator has ten settings in total, eight daylight settings, and 2-night vision. The daylight settings are incredibly bright and more than enough for the brightest portion of the day. A single AAA battery powers the optic, and the battery will last for 50K hours.

To help preserve the battery, you get the MOTAC technology that powers down the optic after a period of zero motion. It will automatically power up when moved again. The SIG Predator will also remember your last setting when manually turned off and then on again.

Range time meant finding a gun that complimented the SIG Predator’s triangle reticle. I can get a dozen red dots with a plain dot reticle, so that doesn’t appeal to me. I went with the Micro Scorpion. It’s one of my favorite little subguns, and it’s built for close range, so the 12 MOA triangle is perfect for 50 yards and closer.

Zeroing is simple. The uncapped turrets are easily accessible, and SIG gives you a handy little tool to make adjustments. It’s worth keeping in my shirt pocket. Zeroing was done at 25 yards. I find this range perfect for PCCs, especially guns like the Micro Scorpion. I used Barnaul Silver Bear ammo, and it performed remarkably well and was much cleaner than I expected. Thanks to Barnaul for providing the ammo. 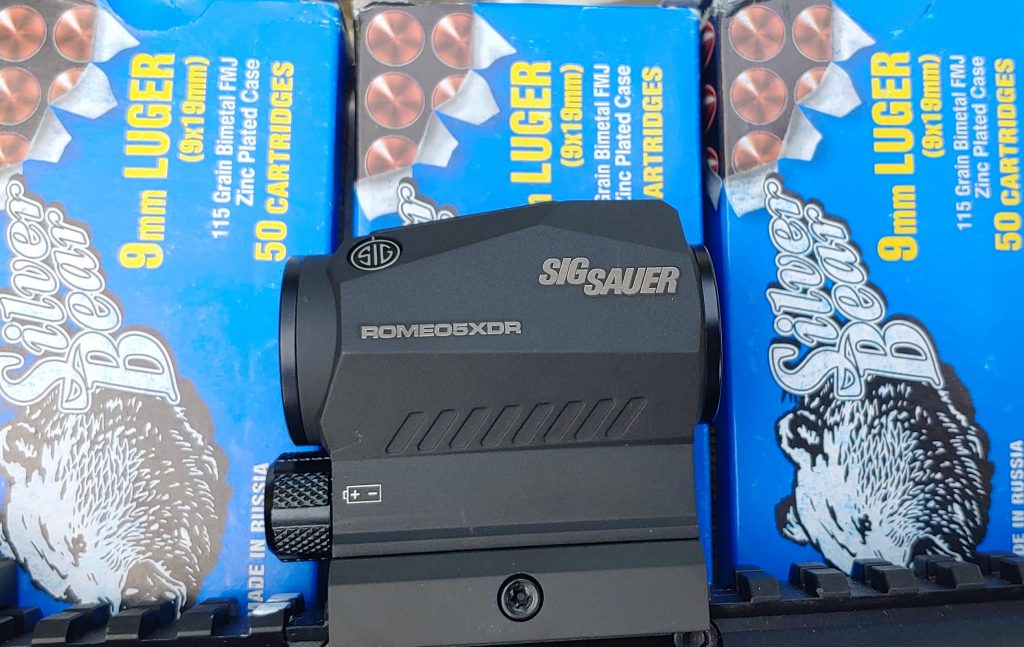 Even in the height of Florida’s spring, the reticle was more than bright enough to be easily seen. At the highest brightness level it was uncomfortable, so I backed down two levels.

Once it was zeroed, I did a few simple snap drills, failure to stop drills, and worked from behind cover, as well as sprinting to cover and shooting a select drill. The big ass 12 MOA triangle is quite quick and easy to get on target. 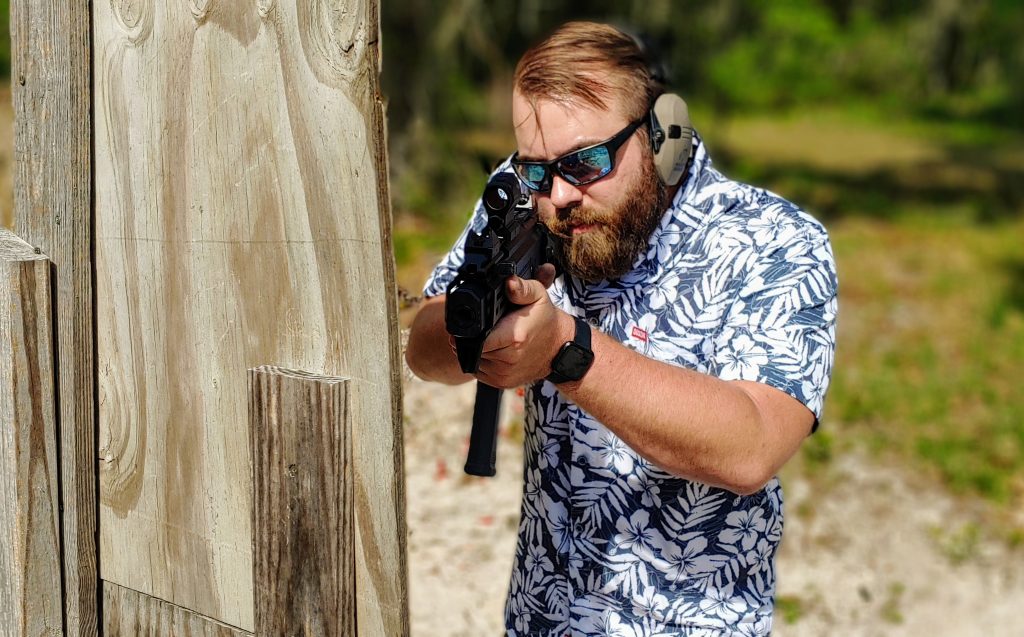 I shot a 1.32 failure drill from 15 yards. At 25 yards, that big triangle gave me a .84 snap drill on target. The big triangle makes a big difference when it comes to getting on target rapidly. Backing off to 50 yards, I could still see the 10-inch gong and hit it without issue.

Does the triangle offer value over a traditional dot, or even the other XDR with a circle-dot? I think so, but mostly at close range. The ability to swap to a dot only allows you to max out the range as well, at least max out your red dot range. The SIG Predator does seem to be the perfect red dot for something like the Micro Scorpion, or other small subguns.

The SIG Predator and the Romeo5 XDR series are robust, and affordable optics. This particular model does offer you a new reticle option, and that reticle option does give something more than a cool and silly gimmick. It’s a useful close range reticle that will get you on target quite quick within 50 yards or so. The ability to swap to a simple dot does allow you to open up your range and precision potential with something like a AR 15. 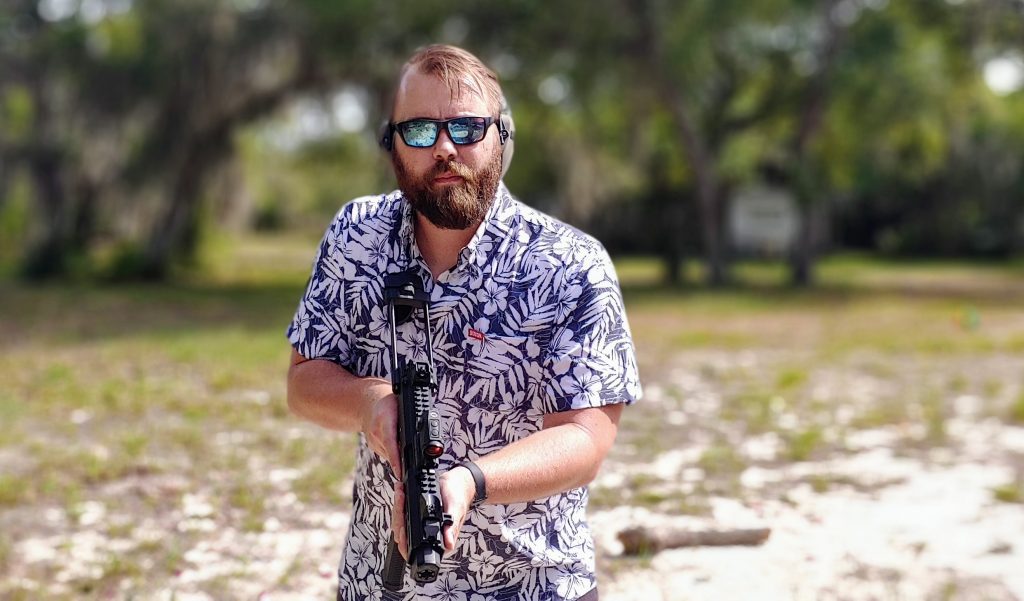 This little guy is shockproof and waterproof with an IPX-7 rating for submersion. The controls provide tactile and audible feedback. The built-in mount is sturdy and locks on tightly to a Picatinny rail. All the little things add up to a well made and very affordable red dot optic. This is my second XDR, and I’ve been more than happy with both purchases.

The additional Predator reticle has made the SIG Predator my favorite of the two admittedly.