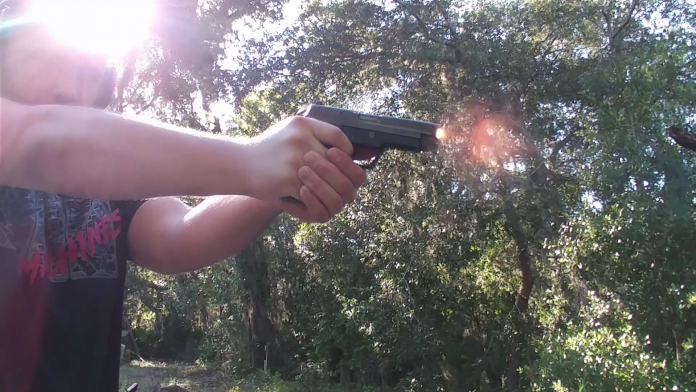 Most of the time Armslist is full of crap, sorry to say it, but if I wanted overpriced bubba’ed Mosins Armslist would be my go to. On occasion, though something great shows up, and that’s why I keep coming back. Today it was a well-loved SIG P220, made in West Germany before I was even born. This P220 is quickly becoming one of my favorite handguns. I guess I have a thing for older women. 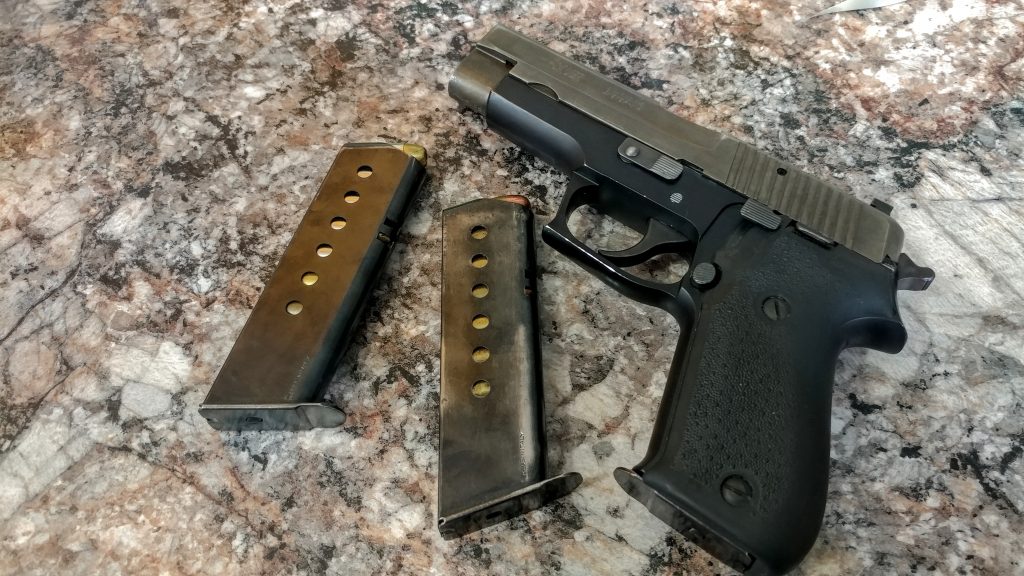 The SIG P series pistols have always been top tier guns and some of my favorites. They’ve come and gone from my collection over time. This is both my first P220 and my first West German SIG. The SIG P220 is a single stack, DA/SA, 45 ACP handgun that was the first to sport the SIG Sauer Locking system. 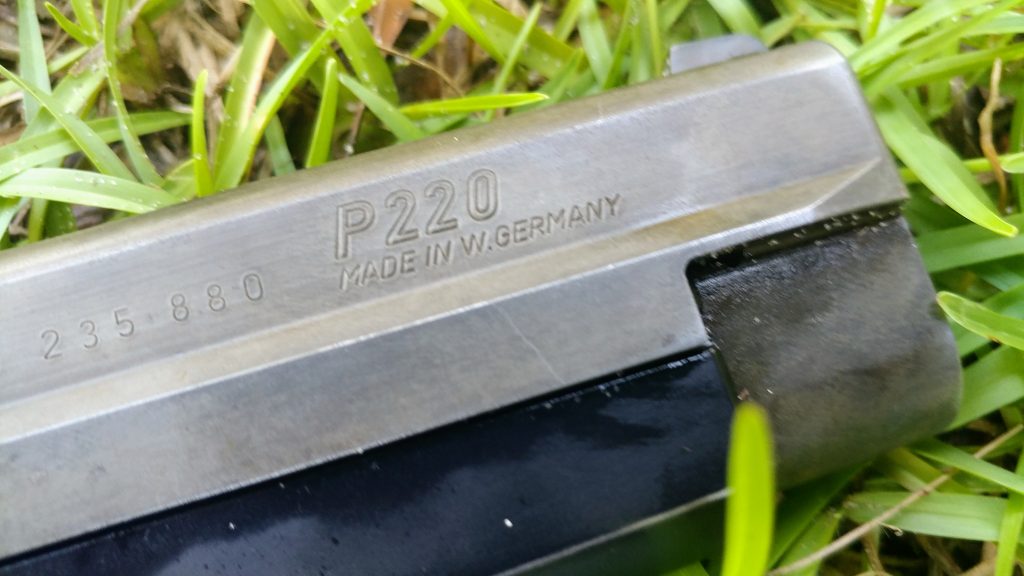 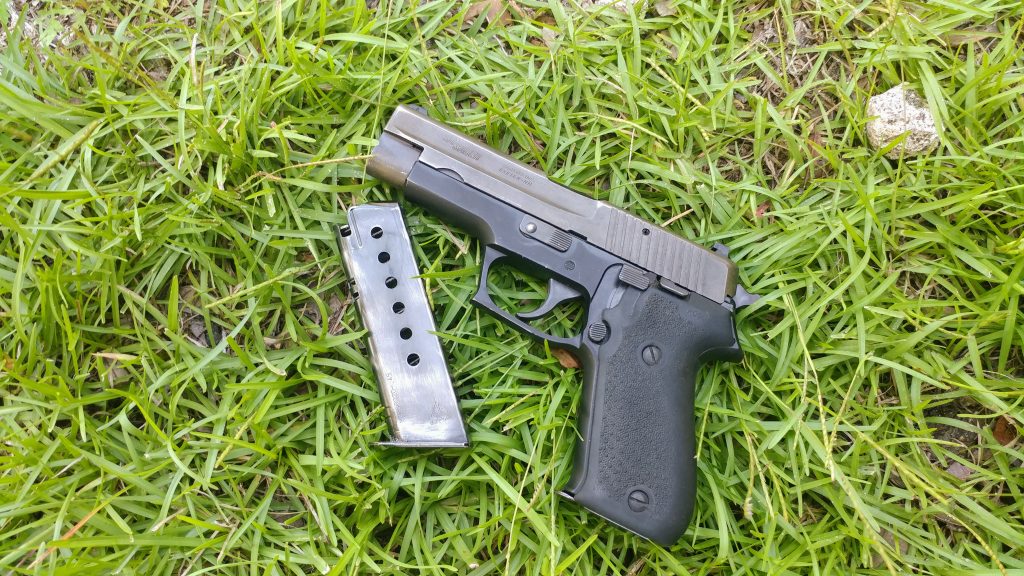 The P220 was the first to utilize this system and many modern pistols followed suit. The SIG P220 utilizing a DA/SA design with a decocker that’s placed perfectly for easy reach. 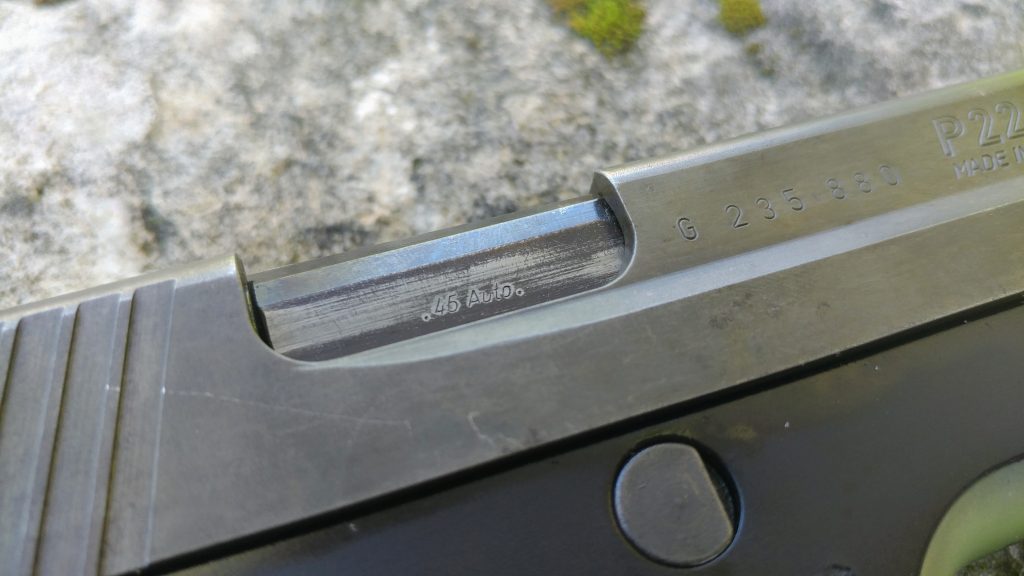 The P220 is a big gun, as you’d imagine a metal frame 45 ACP would be. The standard model weighs almost 2 pounds and the stainless steel model weighs nearly 2.5 pounds. That being said the gun is balanced very well.

The standard size model wears a 4.4-inch barrel and mine came with three 8 round magazines. However, 6 rounders exist for the Carry model as do 7 rounders and 10 rounders from SIG. 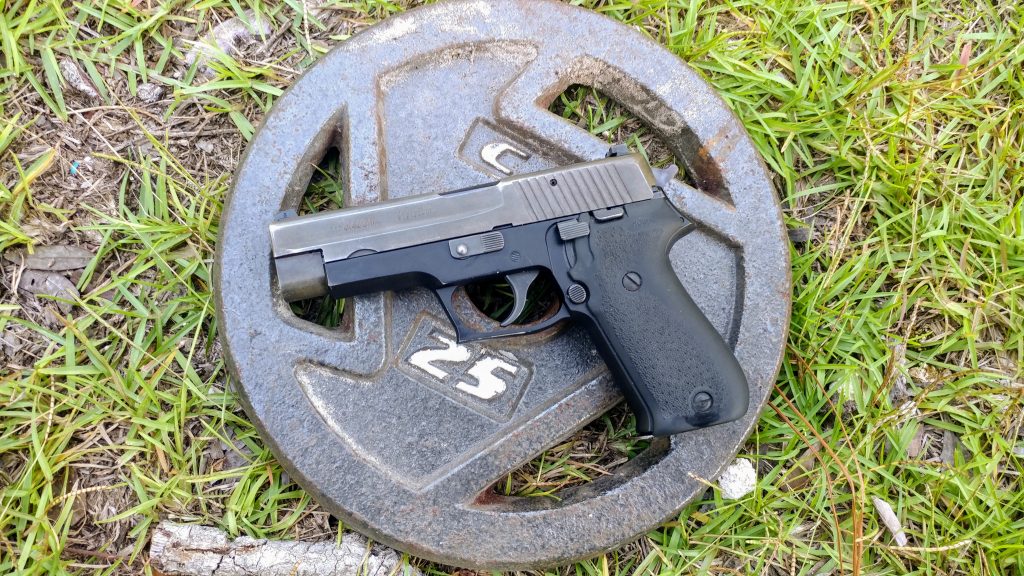 While the P220 is mainly known for it’s 45 ACP chambering. These days you can now find a 10mm variant, as well as a 22 LR conversion slide. Once upon a time SIG even produced a 38 Super variant.

On the Range With the SIG P220

This is one smooth shooting 45 ACP. That extra weight makes her easy to handle. Most of my 45 ACP experience comes from 1911s and I can say without a doubt this gun shoots much better than a standard 1911. There is no beavertail or hammer bite, and the recoil seems milder and easier to handle due to the wider grip. 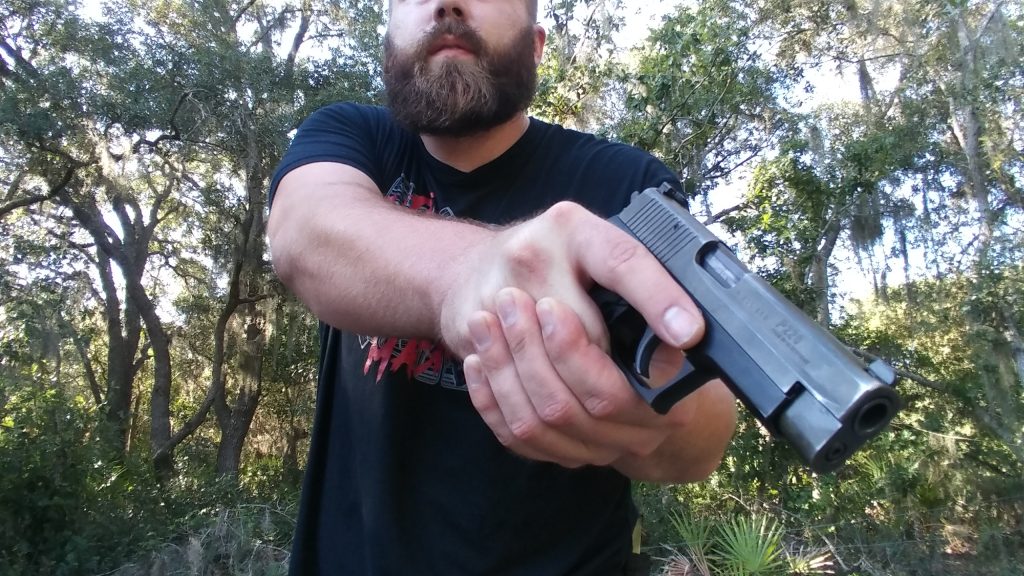 This model’s trigger is absolutely exceptional. Either due to age and wear reaching that sweet spot, or someone pulling an aftermarket trigger job. The double action is just as good as my tuned CZ and the single action is crisp and brilliant.

The gun just pumped and pumped through 250 rounds of Winchester White Box on day 1. Not one single failure, which is both a testament to the P220’s reliability and the Mec-Gar magazines. It shot like a champ. 250 rounds isn’t much but this particular P220 isn’t for combat. 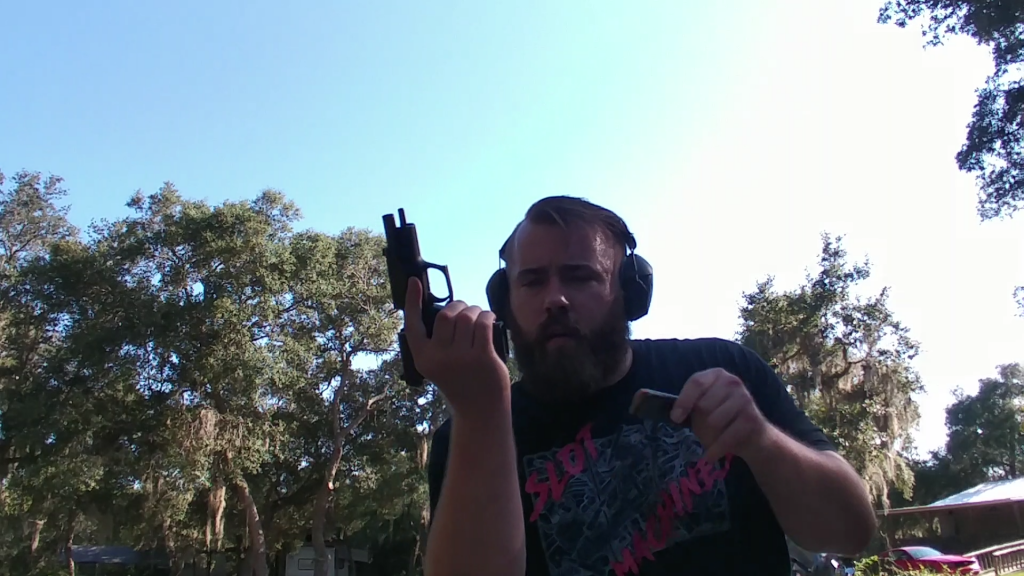 From the first shot onward I was in love. It’s such an easy shooting and accurate gun it took me by surprise. I judged a book by its cover and was dead wrong. I expected an old, beat up, too heavy, and low capacity 45 ACP that was just priced too low to say no to. 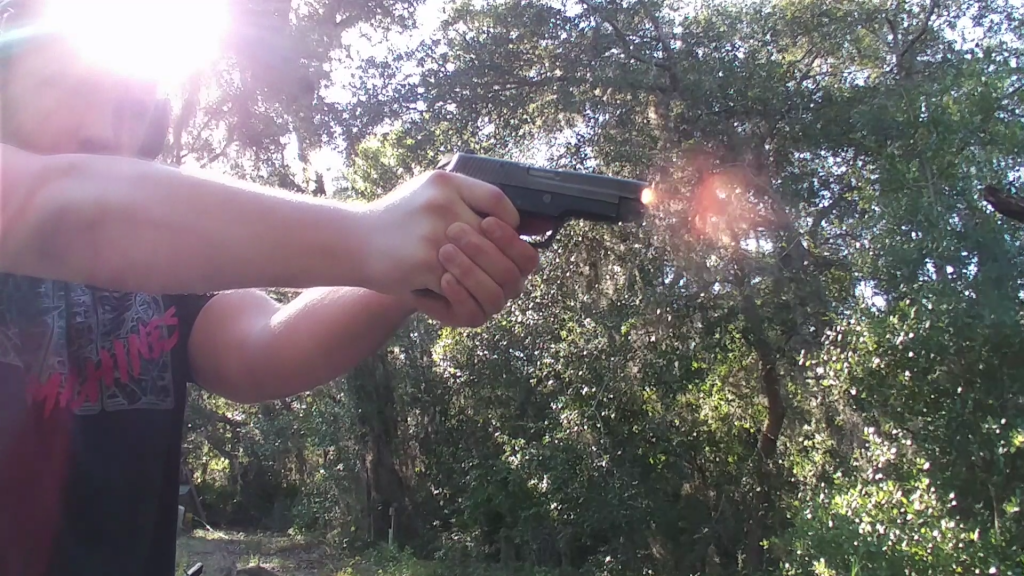 What I got was a sweet shooting, accurate, and fun gun that does have a low capacity. This West German Masterpiece is a true testament to SIG Sauer’s reliability and durability. If push came to shove, and I had to grab a gun I’d still feel confident with the P220. Sure, if given the choice I’d take my CZ P09, but I could make due with this 30 year old P220 with confidence.