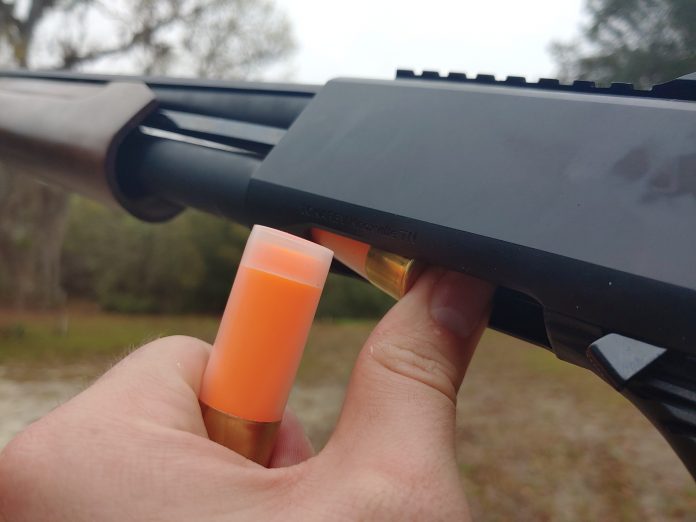 If you’re a fan of shotguns, you realize the low capacity of a tube-fed gun means lots of reloading. If you don’t like shotguns, you gleefully point out their low capacity. Either way, reloading is important. Most shotgun fans rock and roll with some form of side-saddle, which is a great piece of gear. However, what happens when the side saddle runs dry? Well, then we turn to the shotgun belt reload.

The shotgun belt reload uses bandoliers, the two-shot polymer Safariland belt mounts, and similar devices. 3-gunners know all about reloading from the belt and use specialized shell caddies. Those are great for 3-gun but offer poor retention for any kind of serious tactical application. The shotgun belt reload works with high-end bandolier belts like the Wilderness tactical belt and cheap bandoliers you can get from Walmart for five bucks.

Today we’ll cover reloading from the belt to reload rounds into the tube and to port reload for an emergency empty situation. I’m a fan of combining the Safariland two shell shotshell holders. You can wear a ton of these and wear them in a variety of different positions on your belt, or just carry an extra one or two to top off your shotgun.

The shotgun belt reload can be slow and feel clumsy if you are doing it wrong. It can be tough to juggle multiple shotgun shells and position them to be easily fed into the tube or into the ejection port. However, with a little practice and a little now how you’ll be good to go.

Keeping the shotgun topped off can be tricky. Optimistically you don’t ever want the tube to be completely empty in a gunfight. The tube-type magazine makes it easy to feed the gun constantly and keep it topped off. One rule of thumb with the shotgun is to shoot two, load two if you can.

My technique lives and breathes this philosophy. The shotgun belt reload can be tuned to draw one or two shells at a time. With this technique, you can draw two shells and load them into the tube without having to juggle the shells to get them into position.

This shotgun belt reload technique is for tube reloads, and we’ll do port reloads next. First, understand that the first step feels awkward. You’ll essentially turn your hand upside down. Your pointer finger and thumb will be facing the deck, with your knuckles will be pointing towards your dominant hand and gun. 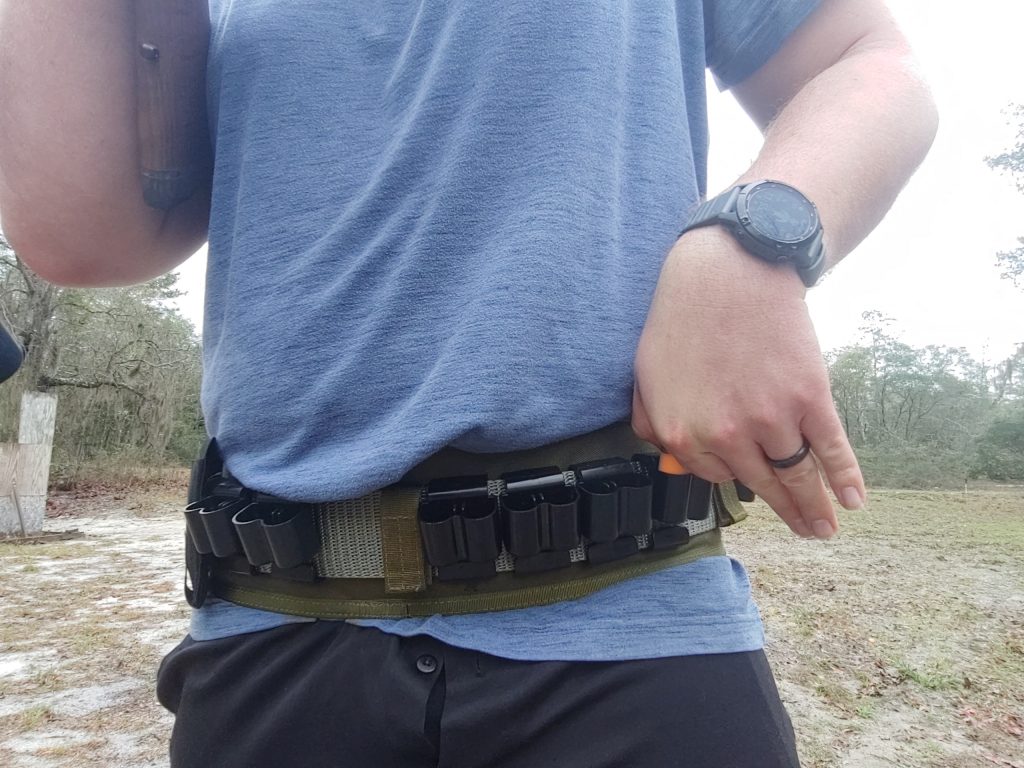 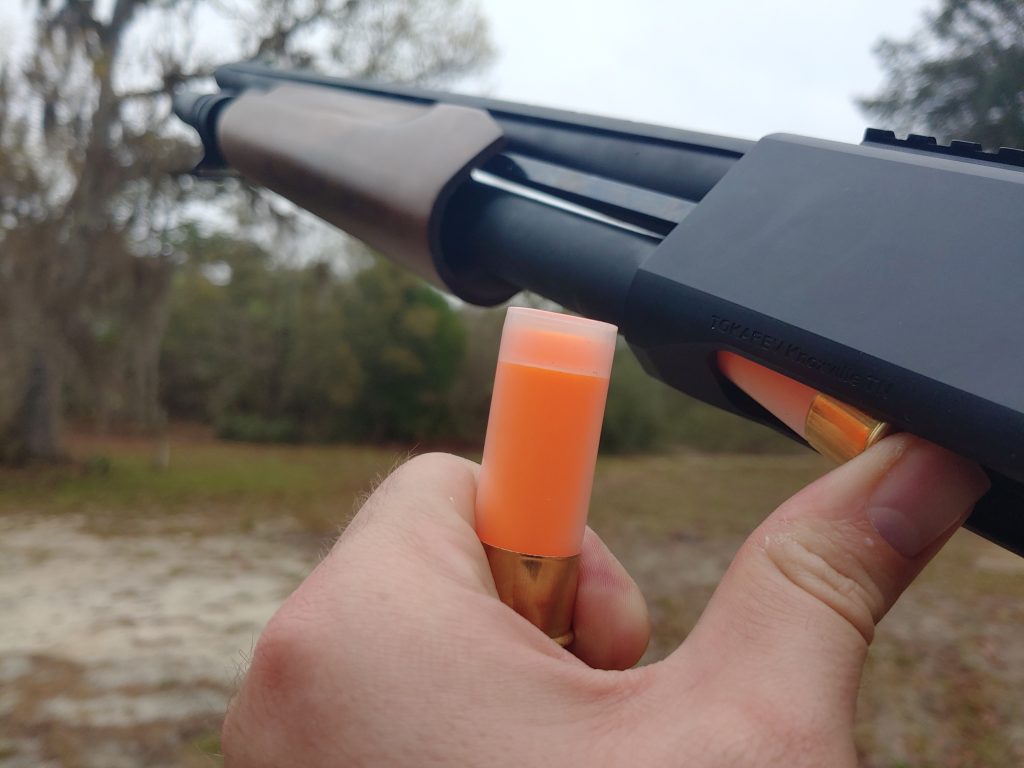 The Trick With the Shotgun Belt Reload

The trick to the shotgun belt reload is a good firm grip as you remove the shells from the belt. Once the retention gives, it’s like letting go of a tug of war rope mid-match. A loose grip might send a shell flying out of your hand. If this does occur, let the shell fly and load the other round still in your hand. Also, when you draw the rounds, position the outside round close to the outside of your fingers. To close to your palm makes it tricky to load.

Port reloads occur when you never get a chance to shoot two, load two. If you run the gun dry, you might need to conduct an emergency load where you slam a round into the port of the weapon and close the action. The shotgun belt reload is perfectly acceptable to the two forms of port reloads. The first is over the top. That means you go over the top of the receiver and drop a shell into the action. To conduct a port reload from the belt, use a beer can style grip with your thumb facing upwards. 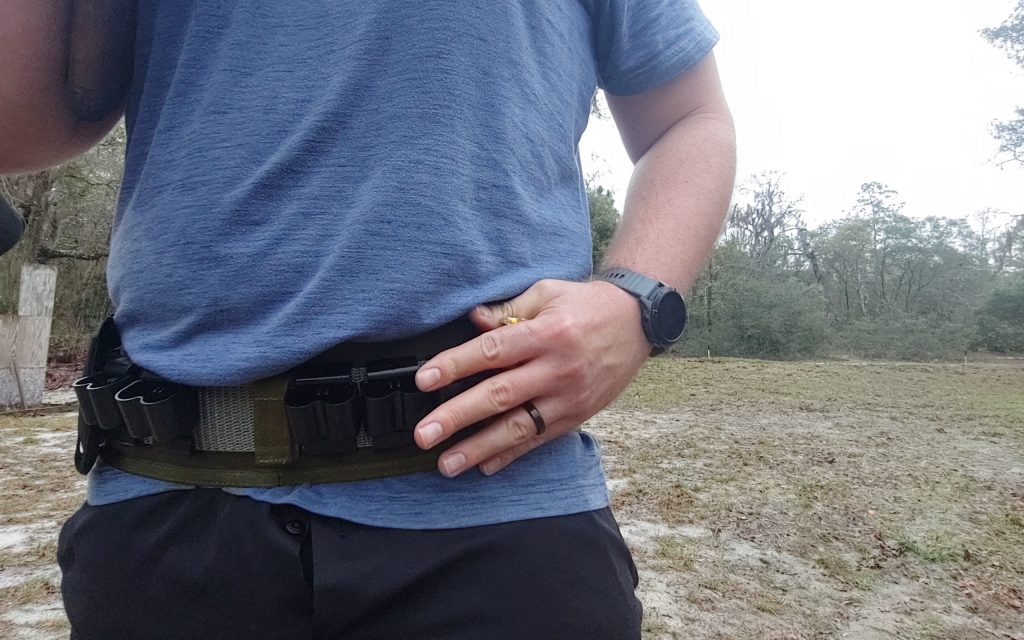 The shotgun shell’s rim should face your thumb. Now go over the top and drop the shell into the port and reload the gun. For an under the gun reload, you want to draw one shell from the shotgun belt with the same technique you used to reload the tube. Orient your thumb and pointer finger downward and grab it with your claw. 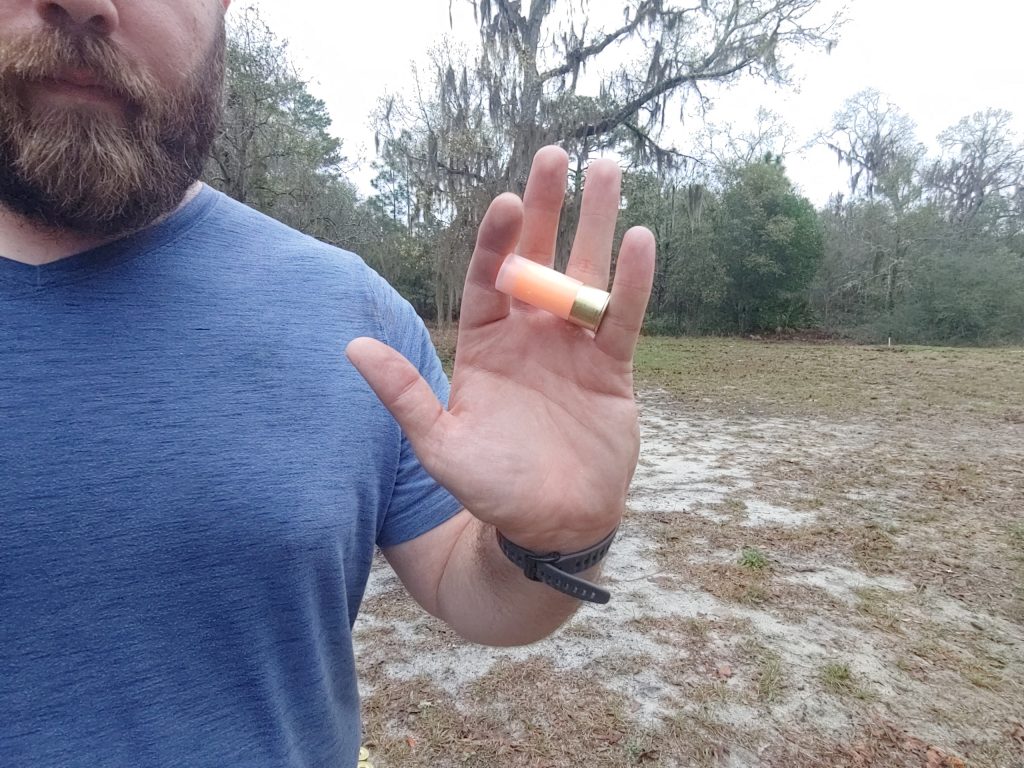 Once you draw the shell, position it between your pointer finger and pinky as you go from the bet to port. Once aligned with the pinky and pointer, you can drop it into the gun with very little difficulty. 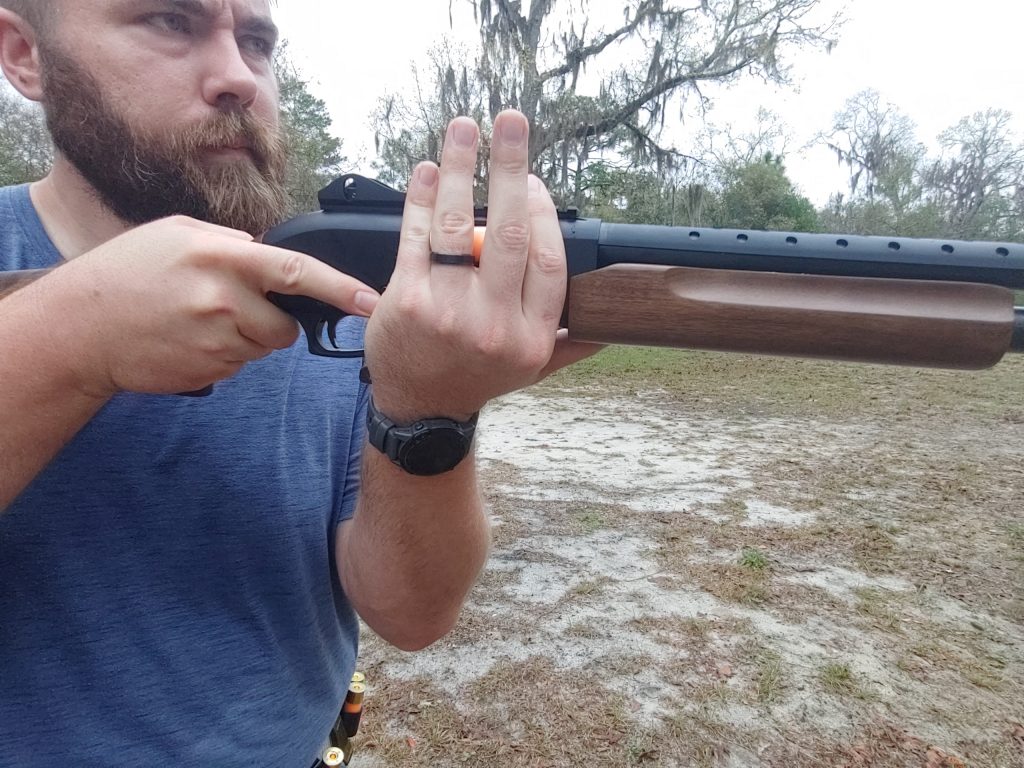 The shotgun belt reload isn’t an easy thing to master. It’s tougher than jamming a magazine in a rifle or handgun, but once practiced becomes a smooth move. Practice, gain speed, and you’ll be kicking butt and reloading like an absolute champ.