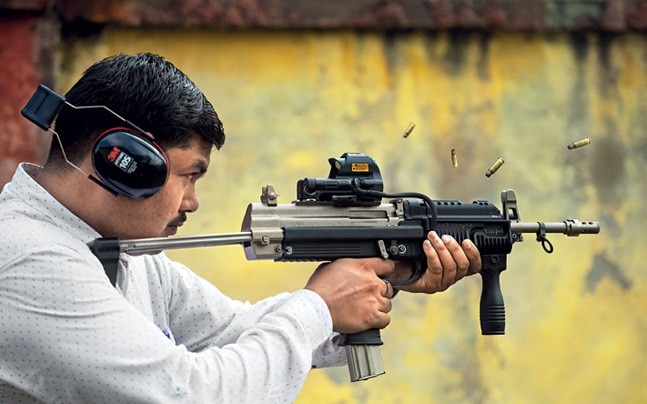 Personal defense weapons fulfill a very niche role that makes it sit between a submachine gun and an assault rifle. The concept came out of the late 1980s in a quest to find a weapon for non-front line troops who didn’t need a rifle but needed something more than a handgun. As such, they developed a weapon that could easily reach out to 100 meters and up to 200 meters and penetrate soft armor. The P90 and later the MP7 came out of the personal defense weapon contest and are largely accepted as the most successful of PDWs.

They can’t be the only PDWs developed, right? Nope, you’d be right in assuming that more than one company produced personal defense weapons. While they didn’t see the same success as the P90 or MP7, they are worth mentioning. When I say PDW, I’m not talking about 5.56 and .300 Blackout caliber super short rifles. I’m specifically categorizing PDWs by the NATO definition.

It’s 1997. Pizza pockets are popping, Aqua’s Barbie Girl rules the airwaves, and Colt’s developing the MARS. MARS stands for Mini Assault Rifle System, and it’s arguably more PDW than an assault rifle. The round used is the new 5.56x30mm which offered greater energy potential than the 9mm and the 5.7x28mm. 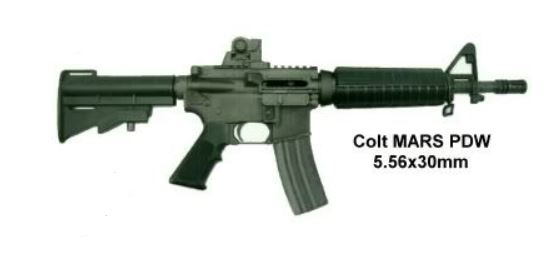 While the 5.56 x 30mm sounds like a rifle or PDW round Colt used a magnum pistol type propellant to get those crazy high velocities.

The MARS looked and functioned like an M16 series rifle. It sported a short 10.5-inch barrel and used a flat-top upper receiver and proprietary magazine and lower receiver. Only three prototypes were created, and the program sadly faded away. Mostly because Colt thought it would harm M16 and M4 sales.

The Legendary Knight’s Armament COmpany began designing their own super short PDW-style weapon in the mid-2000s. The KAC PDW shared a timeline with Nu Metal and the beginning of the MCU but seemed to go more the Nu-Metal route in popularity. The KAC PDW utilized a proprietary 6x35mm cartridge that really rides the is it a PDW or is it an assault rifle caliber line.

The round could reach out to 300 meters and easily penetrate soft armor and could likely pierce harder armor with multiple hits, especially close range.

The round specifically benefited from short barrels and reached peak velocity in a short platform. Speaking of the KAC Personal Defense Weapons could have 10 or 8-inch barrels.

The weapon was very M4-like but lacked the receiver extension and featured a folding stock for superior compactness. The gas-operated, dual pistol system is interesting and allows the package to be very compact and handy.

Let’s head to the land of the rising sun, China. Chinese small arms range from direct copies of Soviet firearms to unique firearms. They embraced bullpup platforms in the early 2000s, and one such was the QCW-05. The Light Assault Weapon, Suppressed 05 brought the PDW to the Chinese military force. Perfect for trying to oppress the free people of Taiwan, who are very clearly a separate country from China.

The QCW-05 utilizes a new proprietary 5.8x21mm round that lacks the range and penetration of the 5.7 x 28mm. However, it can still penetrate a steel helmet at 100 yards and fits the role of personal defense weapons. 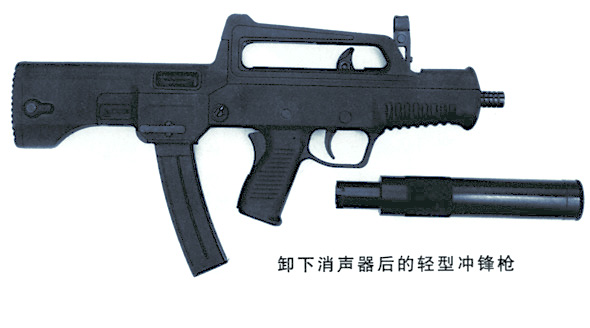 The bullpup layout keeps things super short, and the Chinese intended the weapon to utilize a suppressor when used.

The QCW-05 utilizes a 9.8-inch barrel and has an overall length of 19.7 inches. The 50 round magazines use a coffin-type design and try their best to imitate the capacity of the P90. There seems to be a specific subsonic round also designed for use inside 50 meters and for a much quieter weapon.

The line of personal defense weapons with the longest name ever goes to the SAAB Bofors Dynamics CBJ-MS line of Swiss-made weapons. Henceforth I’m calling them the CBJ-MS. Most PDWs seem to have a space-age look to them, but the CBJ-MS looks more like a traditional SMG with MAC/Uzi stylings to it.

The CBJ-MS houses the magazine in the pistol grip, and the receiver is a big stamped steel design with a wire stock. The open bolt design is also decidedly old school, and the blowback operation isn’t fancy. However, the 6.5x25mm round reportedly works extremely well out to 150 yards. Users only need to swap the barrel to convert the weapon to good old-fashioned 9mm as well.

The CBJ-MS provides a very small weapon, at only 14.3 inches. With the stock retracted, it’s tough to beat. It might not be fancy in an age of polymer, short gas stroke pistons, and helical magazines, but if it works, it works.

Modern Sub Machine Carbine is the only other acceptable name for personal defense weapons. It actually seemingly describes PDWs better than PDW. The MSMC came from India and used a unique layout. The MSMC utilizes a 5.56x30mm round that can reach out to 300 yards. Internally the weapon uses a long-stroke gas piston, and on the outside, it uses a quasi bullpup design.

The magazines sit in the pistol grip, and I imagine gripping the pistol grip is much like gripping a 2×4. The 5.56x30mm MINSAS round has an overall length of 1.654 inches, so it’s not quite compact.

Yet, the weapon is kept quite compact overall with a collapsible stock. The MSMC Provides plenty of room for modern accessories, including optics, lights, and suppressors.

The 12-inch barrel ensures the gun has plenty of oomph out to 300 meters and can easily punch right through soft armor. It’s an interesting design that keeps things small but capable. The Indian military and police forces make use of the weapon, but it doesn’t seem popular for export.

Personal Defense Weapons Around the World

If I had to guess, personal defense weapons will likely grow and evolve into something somewhat indistinguishable from carbines. The rounds may change slightly, and we may see rounds more like the 300 Blackout and less like the 5.7. These weapons will be ultra-short but capable out to 300 yards and hopefully easily suppressed. Maybe, they’ll go the opposite way like the CBJ-MS and be smaller but capable out to 150 to 200 yards. Either way, we’ll keep our eyes on the latest trends in SMGs, PDWs, and assault rifles.