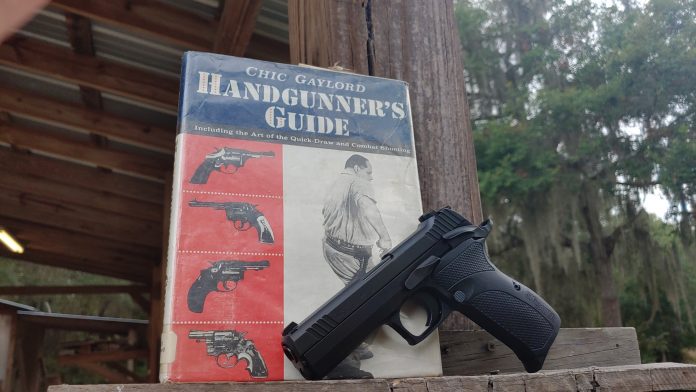 I love old gun books. I’m talking old training and historical books and similar tomes of information. When I was a kid at the library, they would often sell old books, and my first exposure to these old books was Chic Gaylord’s Handgunner’s Guide. I purchased it for 2.50 cents from the library, and I’ve owned it ever since. It’s the hardcover edition, and I think I made a smart investment since the books seem to be going for 100 dollars or so now.

I recently rediscovered the book in my collection and have been browsing my way through it. The Handgunner’s Guide was written in 1960, but by then, Chic Gaylord was already an established pistolero and holster manufacturer. This book was likely a tome for a number of firearm enthusiasts and police officers. It was written at a time when concealed carry wasn’t really a thing like it is today.

There was no Safariland, no Desantis, nothing, just local holster manufacturers cooking up various designs. The training was fairly limited, and police were the common carriers of handguns at this time period.

Who Is Chic Gaylord?

Chic Gaylord became fairly popular with police forces, especially for plainclothes officers and undercover officers at the time. His designs included ankle rigs, a wrist rig, shoulder rigs, belt rigs, and even various appendix designs even. His holsters were designed to allow a quick and safe draw. 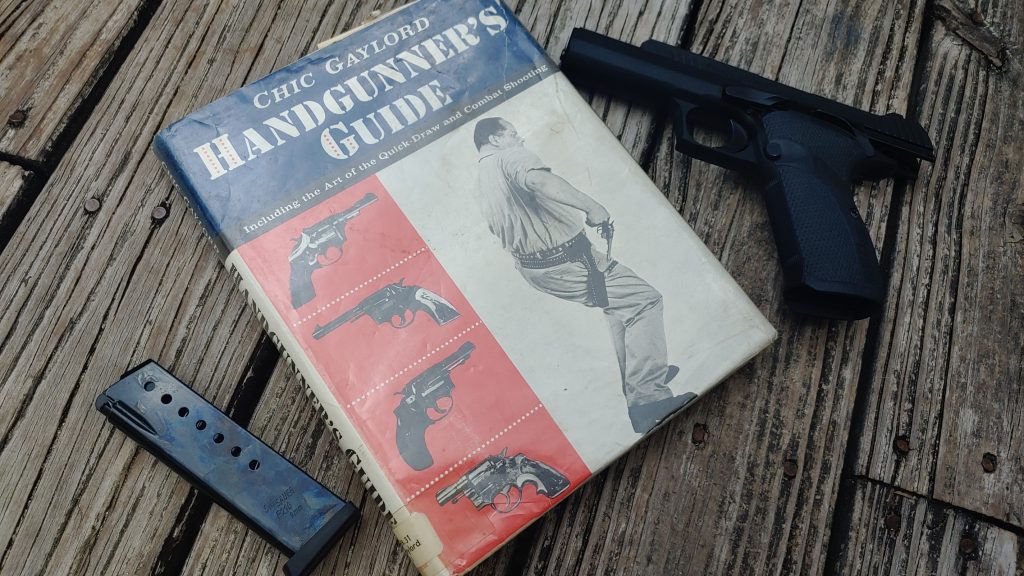 He was also an accomplished shooter and quick draw. Chic pioneered some techniques that have come and gone and is a very interesting man. He even became well known for his own custom guns. These weren’t necessarily sold, but he designed the guns for himself, and they were often seen as top-tier ideas.

The Handgunner’s Guide is exactly what it sounds like and is essentially a guide to everything handgun in 1960. It talks about various types of guns, from concealment to defensive, and even ‘fun’ guns like .22LRs. Handgunner’s Guide digs into holsters, ammunition gun handling, and more.

While not all the advice is necessarily useless these days, a good bit is outdated. The tactics, techniques, and holsters have obviously changed since 1960. The development of modern guns, tactics, and techniques can likely trace their lineage to Chic Gaylord or men like him.

For the modern shooter, this is a real piece of history. It’s interesting to see where we started and where we are now in regards to holsters, gun handling, and even ammunition. With all the new gun owners out there, an updated version of this guide would be fairly interesting to see.

The book really starts with assuming you know very little about handguns and guides through defensive, service, fun guns, and even hunting and sporting handguns and does so in less than 200 pages. I think today’s book might be a fair bit longer.

The Handgunner’s Guide unassumingly throws out a lot of information we would find interesting today. So notable highlights from the book show us a few things about a gun culture many of us never got to experience.

For example, modifying carry guns is nothing new. Chic was slapping on grip adapters, trigger shoes, and modifying grips to get the gun just right. He talks about some sighting solutions that work well in low-light scenarios and even gives the addresses of two of the gunsmiths to get your action honed. 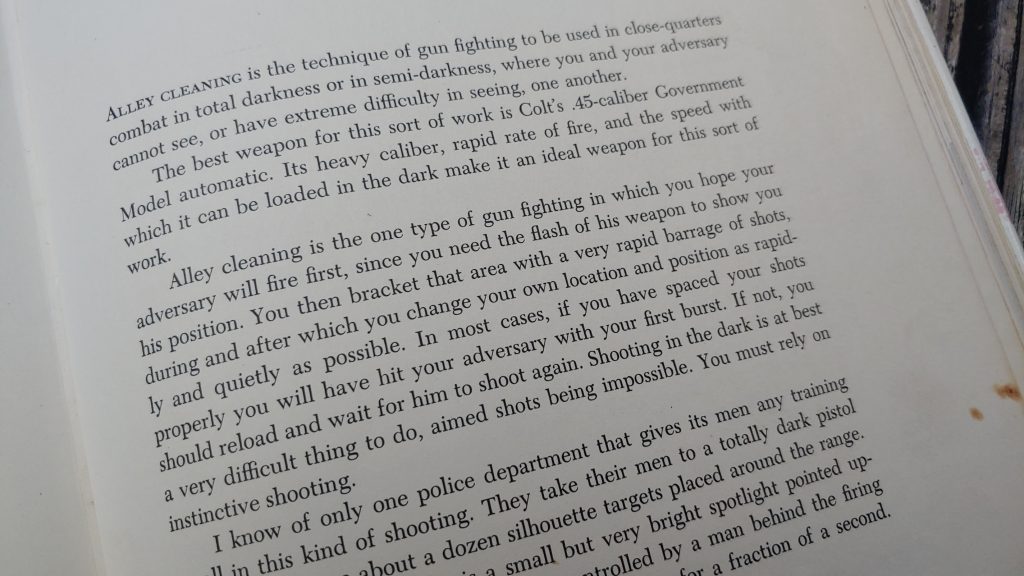 Interestingly Chic didn’t seem fond of automatics. In the section on concealment, he openly said he wouldn’t suggest any small automatic for carry because they were reliable. He seemed to like the M1911 okay but found it too bulky for concealment.

As a teenager, I spent a lot of time with an airsoft gun and the Handgunner’s Guide in my room. The holster was a cheap nylon piece of crap. A section in the book was dedicated to a quick draw, and in 1960 they didn’t exactly have shot timers. Chic suggests dropping a silver dollar or hat and being able to draw before it hits the ground. I raced against a big washer quite a few times. 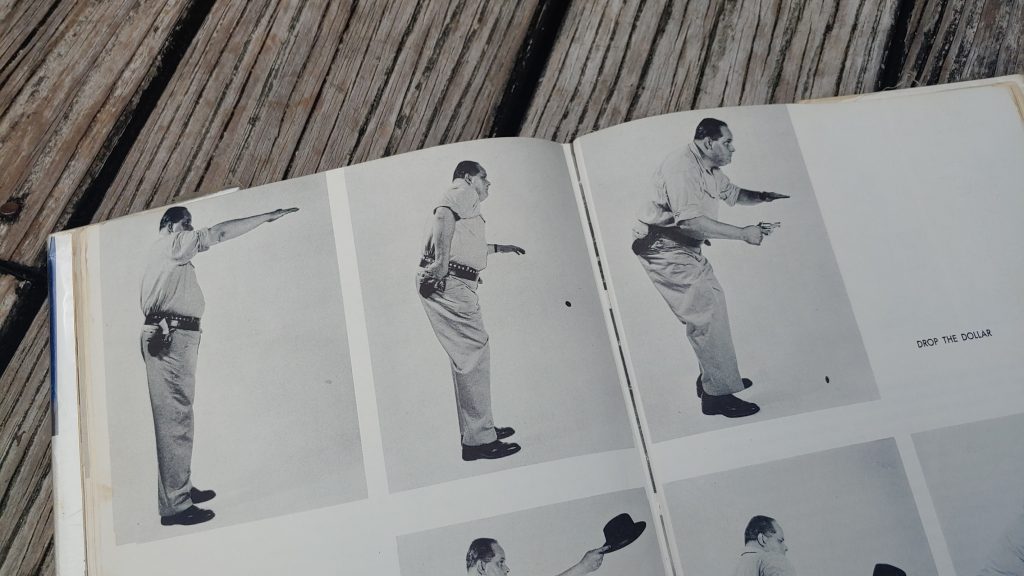 In a section on fighting up close, which he labels Alley Firing, he does suggest shooting at the flash of the bad guy’s gun without really aiming. He mentions shooting a barrage of fire at the muzzle flash. Interesting to see that kind of mindset, and it certainly wouldn’t fly today.

Finding a copy of the Handgunner’s Guide seems pretty tough these days. I don’t see an Ebook version anywhere, and it’s long out of print. I really wish someone would catalog these old books in Ebook format for the world to enjoy. If you get lucky to find one for a couple of bucks at a public library, then I’d certainly grab a copy just to help understand the evolution of the fighting pistol.