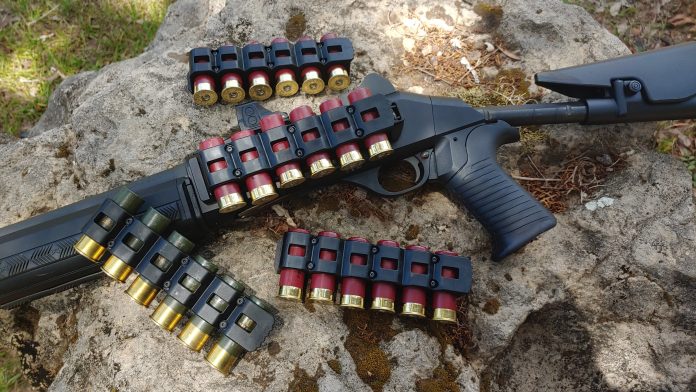 The shotgun can be a fairly simple weapon. Unlike a rifle, it doesn’t benefit as much from various upgrades. All you really need is a white light and a way to carry some spare ammo for defensive use. Slings and red dots are very nice to have, but you get by without them more easily. I’ve talked about lights before, so today, we are going to look at a means to carry spare ammo, specifically the Aridus Industries Q-DC carrier.

Side saddles are nothing new and have been a popular way to attach ammo to shotguns for decades. Attaching a few spare rounds to a shotgun is a simple task, and you’d think there wouldn’t be much room for innovation, but the Aridus Q-DC takes things a step further.

What Is the Aridus Industries Q-DC

The Aridus Q-DC is a shotgun side-saddle made from machined aluminum. Using aluminum is a fair bit different already since most use polymer or use some form of nylon. Metal is not the standard by any means, and while polymer and nylon do work, metal provides the durability most of us crave.

What stands out the most is that it’s a two-piece system. Q-DC stands for Quick Detach Carrier. The first is the carrier that attaches directly to the gun. The carrier is then loaded with cassettes. The cassettes are the loops that carry your shotgun shells. The setup is similar to loading a magazine into a rifle, but it’s a cassette into the carrier.

Each carrier holds six rounds of 12 gauge ammo and pins it in place with a stainless steel retention spring. You can purchase separate carriers for a nominal fee that allows you to keep your carrier loaded with spare ammo. These cassettes can be carried in magazine pouches and fit fairly well in Blue Force Gear AR-10 Ten-Speed pouches. 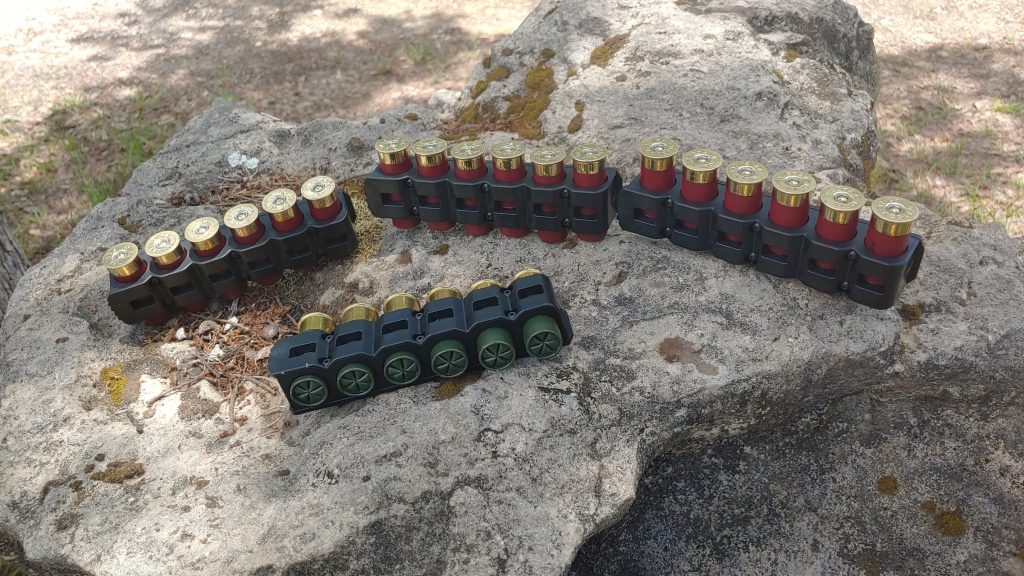 The Q-DC works with both Mossberg 500 series shotguns and Remington 870 guns, but on top of that, you can use the Universal variant. The universal variant uses a 3M super-strong tape to affix the carrier to the receiver of your shotgun of choice. This allows any gun to be outfitted to damn near any repeating pump or semi-auto shotgun.

Will It Come Off?

The universal version of the carrier uses 3M double-sided tape, buts it’s not your average tape. It’s a high bond tape that’s like cement once attached. Adam from Aridus has several videos of him trying to knock the carrier off with a hammer, and it doesn’t budge. Over nearly a year of mine on my Benelli, I can say the dang thing doesn’t move. 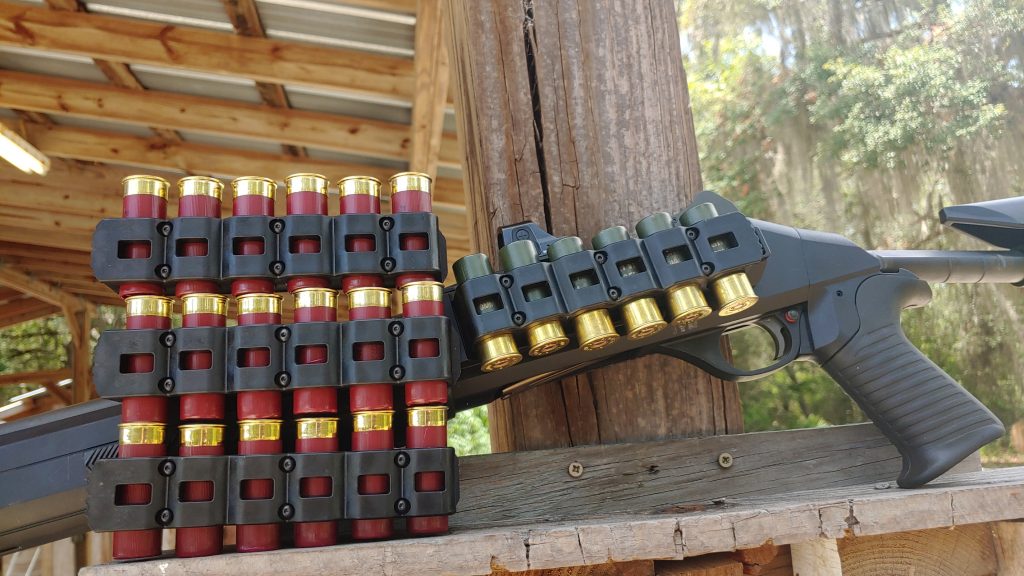 I do suggest you go to the website and print the provided diagram so you can plan exactly where you want it. Cause once it’s attached, good luck moving it. The Q-DC clings on like a dependent on Tricare.

Reloading Your Reloads with the Q-DC

What’s the purpose of the Quick Detach function of the Q-DC? Great question. The idea is simple when you run a shotgun, one of your tasks is keeping it fed. Tube magazines limit you on ammunition capacity, and that’s why a side saddle is so handy. It allows you to quickly feed the gun.

A side saddle of six rounds might not be enough for a police officer or military member. They may want to top it off when they run through that side-saddle or even partially through it. This requires you to carry spare shotgun ammo and top the side saddle off one loop at a time.

Is this practical? In a dynamic situation? No. It is practical to remove the cassette and replace it with a fully loaded cassette you are carrying on your vest. The Q-DC makes it easy to detach the empty carrier and tack on a loaded carrier. The setup allows you to push one lever and ditch the empty cassette, and install a fresh one without much work.

For the average Joe, this might not be an issue. For a home defense scenario, you aren’t likely to run through your entire gun’s worth of ammo, and you won’t be wearing a battle belt to have fresh cassettes anyway for the average Joe, the Q-DC rules for training purposes. Multiple cassettes allow you to reload the side saddle quickly and keep training. 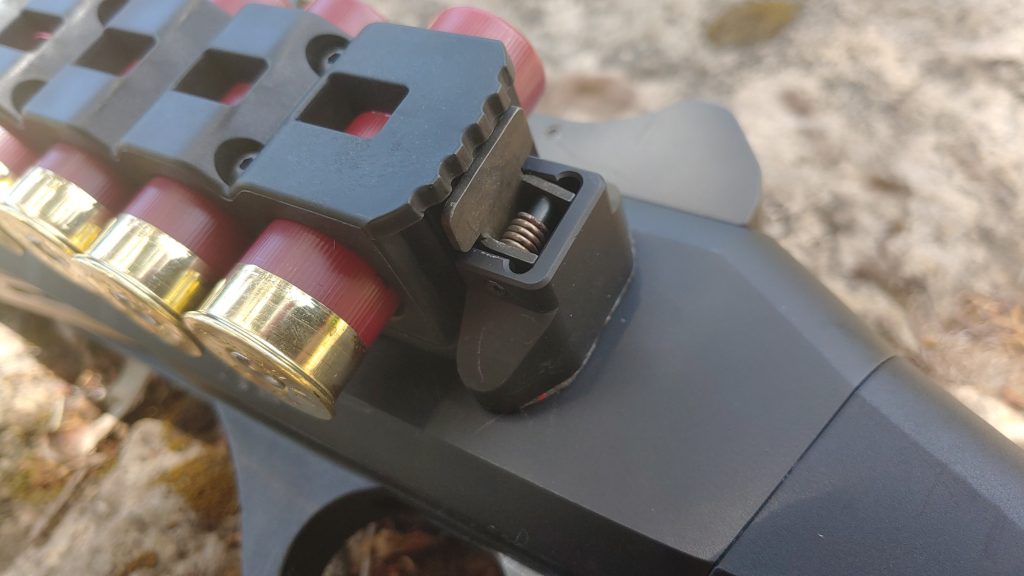 The Q-DC is more than just a side saddle with a gimmick; it’s also one of the best side saddles I’ve ever used.

Just As A Side Saddle

The metal design gives you massive points for durability. The six slots are plenty of extra ammo, and the design makes it simple to install and use. The spring-loaded retention spring makes it possible to use the side saddle with the ammo brass up or down with complete confidence.

As a shotgun nerd, I’ve lost plenty of shells with other carriers running brass down, so I stopped going brass down. The Aridus Q-DC has never lost a round. Even more importantly, the rounds don’t even slip and slide without real external pressure. 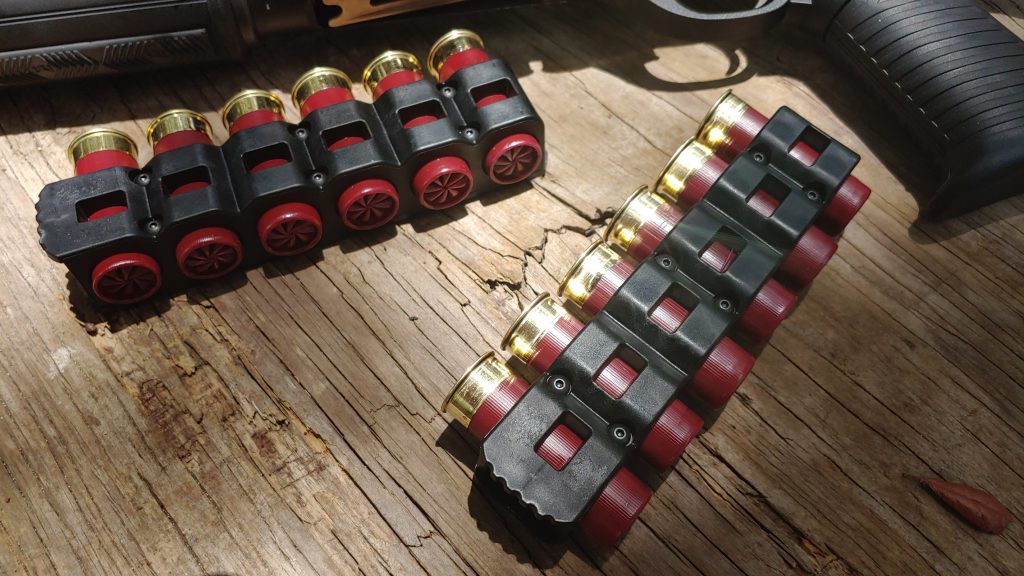 The spring keeps them in one place and at the same height as you loaded them. This prevents them from sliding down so low they are tough to draw.

There is some resistance when drawing a shotgun shell from the Q-DC, but it’s easily overcome. Drawing shells for port or tube reloads isn’t difficult by any means.

You might see the price of 185 dollars for a carrier and one cassette and be hit with sticker shock. The same might go for the 42-dollar carriers, especially when you can get Esstac cards for a similar setup much cheaper. I’d admit, the Esstac cards and shotgun cards, in general, are a great option. The Aridus Q-DC isn’t for everyone. 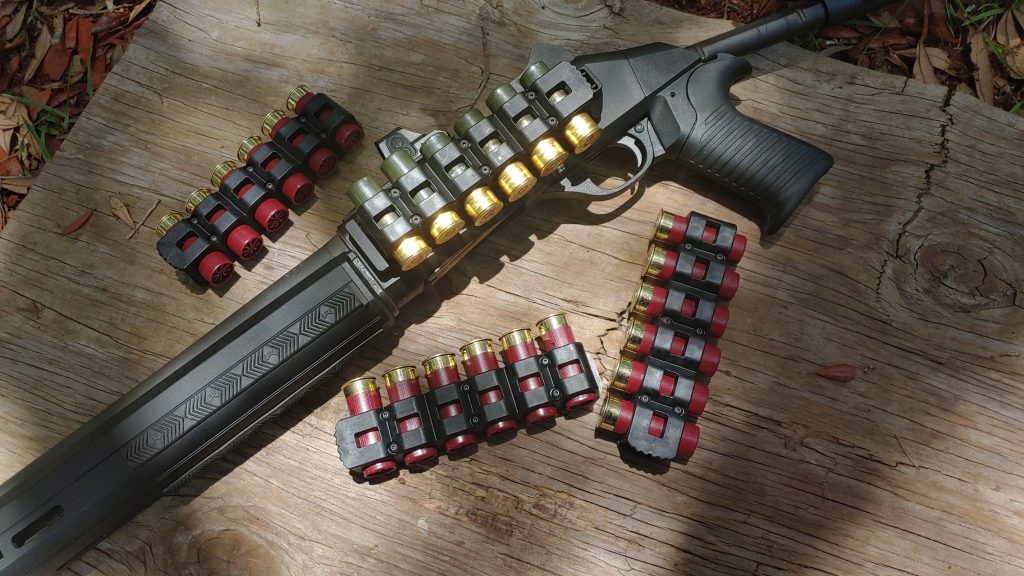 They are for very demanding shotgun fans. I’ve used and approve of Esstac cards but guess what? They wear out. I practice with my shotgun a ton, including reloads with dummy rounds, and I wear side saddles out. I can’t wear the Aridus Q-DC out, and it’d be an impressive feat if I do.

The Q-DC might be the best side saddle ever made, but it won’t check everyone’s box, and that’s fine. If you’re a shotgun nerd like me, I’d recommend giving it a try. It’s a buy once cry once affair for sure. Unless you own multiple shotguns…then you’ll be like me and crying lots.