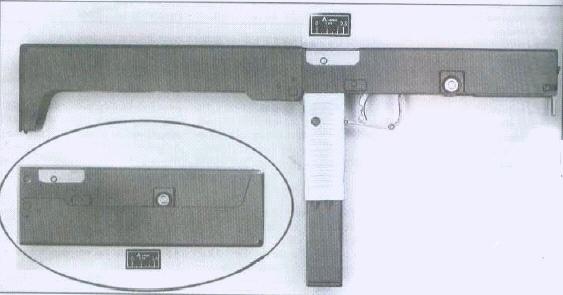 Ever since Magpul showed the FMG-9 at SHOT Show 2008, there has been quite a bit of hoopla built around the folding submachine gun. It’s covert, futuristic, and looks like something James Bong would approve of. This was revitalized recently, with Magpul announcing the FDP and FDC 9 and now B&T showing off their P320-based BCW folding platform. For a lot of people, the folding SMFG is new, but for me, it’s an old hat because of the Ares SMG and Syphon Filter 3.

I was a huge Syphon Filter fan, and it’s actually one of the games that got me interested in firearms. The third game had the Marz FMG, which I later found out was, in reality, the Ares FMG. You see, Magpul didn’t invent the idea of a folding PDW-style SMG. It dates back to the 1980s and would continue through the 90s and even become an international niche weapon. It all starts with the Ares FMG.

Early Origins of the Ares FMG

Who exactly is Ares? A few companies have used the name in the firearms industry. Ares being the god of war, seems to attract arms manufacturers. Ares Inc was a small company founded by Robert Bihun and Eugene Stoner in 1971. They were an innovative company and way ahead of their time.

In 1984 they were the first to attempt to develop lighter ammunition and cut the weight of 50 BMG rounds by 33% by using plastic-cased telescoped ammunition. They designed guns, ammo, and even internal parts to improve existing systems. In 1985 they developed the Ares FMG, FMG standing for Folding Machine Gun. A man named Francis Warin of Oak Harbor designed the gun.

The idea was simple. Provide a concealable, covert weapon that delivers more firepower than a pistol. The weapon would be discrete and not appear to be a gun until it was ready to fire. It was designed to be a businessman’s defensive weapon and was inspired by a number of kidnappings that occurred in South America at the time.

The Ares FMG folded in half, with a hollow stock encapsulating the grip and magazine when the weapon folded. It was a little larger than a carton of cigarettes and designed to resemble radios of the time.

Breaking down the Ares FMG

There were only ever two Ares FMGs ever made. Both are considered prototypes. The first used an MP28 magazine that had been trimmed to allow the weapon to fold. The second utilized Uzi magazines that made folding a nonissue. The first prototype lacked a trigger guard and placed the charging handle on top of the weapon. The second had a trigger guard and used a charging handle at the bottom of the gun that doubled as a finger guard.

The weapons lacked sights and were selective fire. These guns personified spray and pray. The Ares FMG was a 9mm weapon with a 6.75-inch long barrel, an unfolded length of 20.6 inches, and a folded length of 10.6 inches. The weapon weighed four pounds and dispersed 9mm rounds at 650 rounds per minute.

It’s a very simple blowback-operated SMG. The design isn’t complicated, even though it does admittedly fold in half.

The Fate of the FMG

While the weapon was shown to some government officials who expressed interest, they seemingly didn’t express enough interest. The design languished, and Ares only ever produced two prototypes. The Hughes Amendment killed any idea of civilian sales, and the NFA world of SBRs wasn’t nearly as big as it is now, and large format pistols weren’t a thing. The Ares FMG might have been a little too early to succeed.