I absolutely love my B&T APC9K. It imbues me with a degree of elitism where I suddenly want to make fun of the ‘poors.’ Then I look at mag prices and realize, wait, I am the poors! B&T is damn proud of their magazines. They aren’t bad, but I don’t understand the 50-dollar price tag. Plus, it’s not like the aftermarket is helping them out as of right now. What’s a man to do? Well, he or she can turn to a company called Lingle Industries. 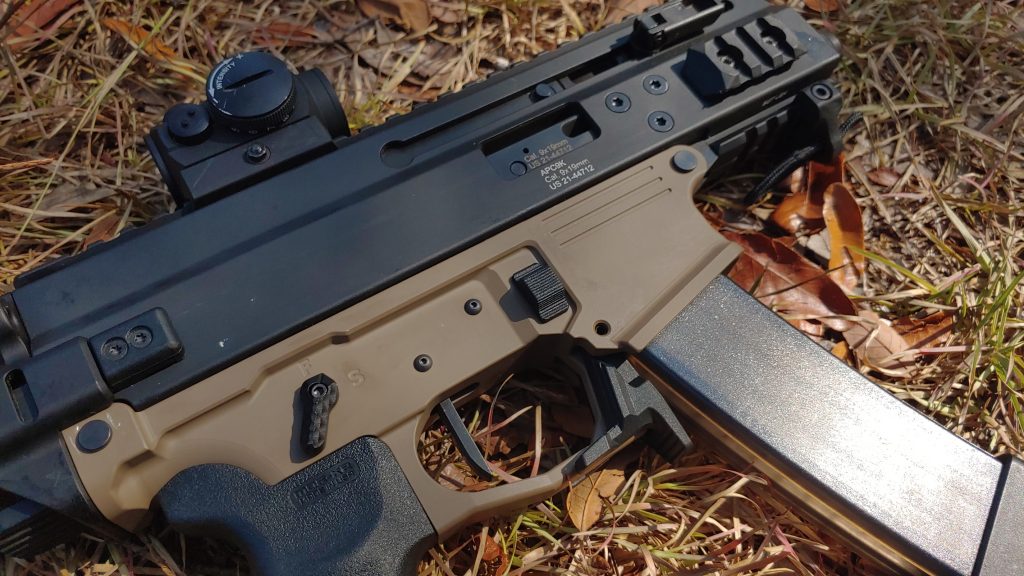 Lingle produces a number of interesting lower options for a variety of guns. They make lowers for the APC9, as well as the Stribog, SCAR 16, SCAR 17, and BREN 2. With the APC9K, their lowers allow you to be more selective of your magazine choice, and Lingle makes a lower I couldn’t help but love. Their Scorpion lower for the APC9K allows me to use Scorpion mags.

That’s awesome because I already own a Scorpion and a pile of magazines, and I can always get more at a good price. Don’t forget Magpul makes magazines for the Scorpion, and so does Mantis and PSA. Magpul even produces a D-50 drum in case you need some extra sting. The APC9K series serialize the upper receiver so you can purchase the lower and have it sent straight to your home.

Breaking Down the Lingle Lower

Obviously, the first big improvement is that it takes Scorpion magazines. That simplifies logistics. Second, instead of being polymer, it’s aluminum which is an interesting choice, and it works and looks good. The lowers come in numerous colors, and this is their FDE model. 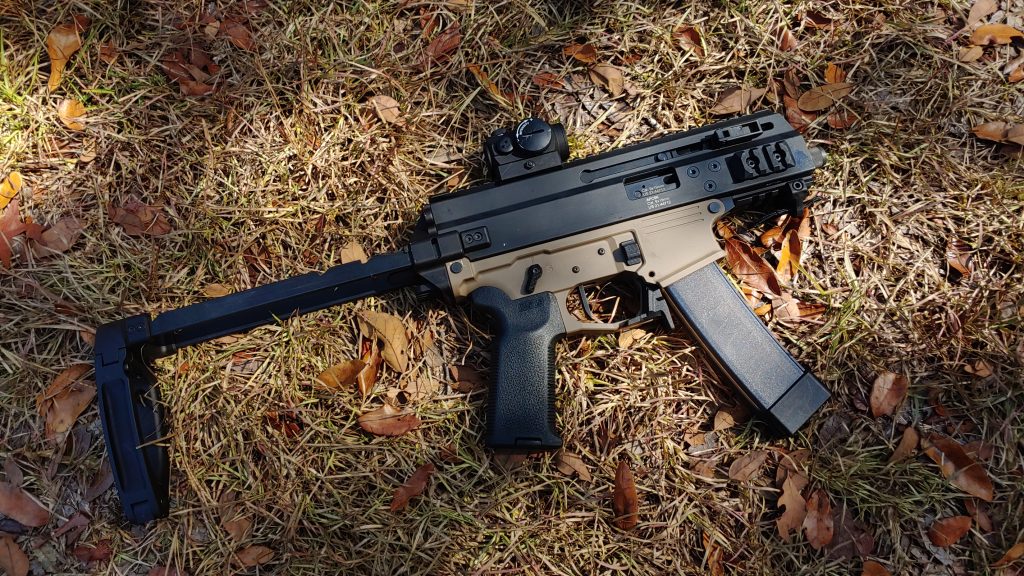 The Lingle lower uses a Scorpion magazine release that’s quasi-AK-like, and it comes with a Strike Industries mag release. The lower retains the best qualities of the APC9K lower, including total ambidexterity. It uses an AR pistol grip of your choice as well as a mostly AR 15 lower parts kit. 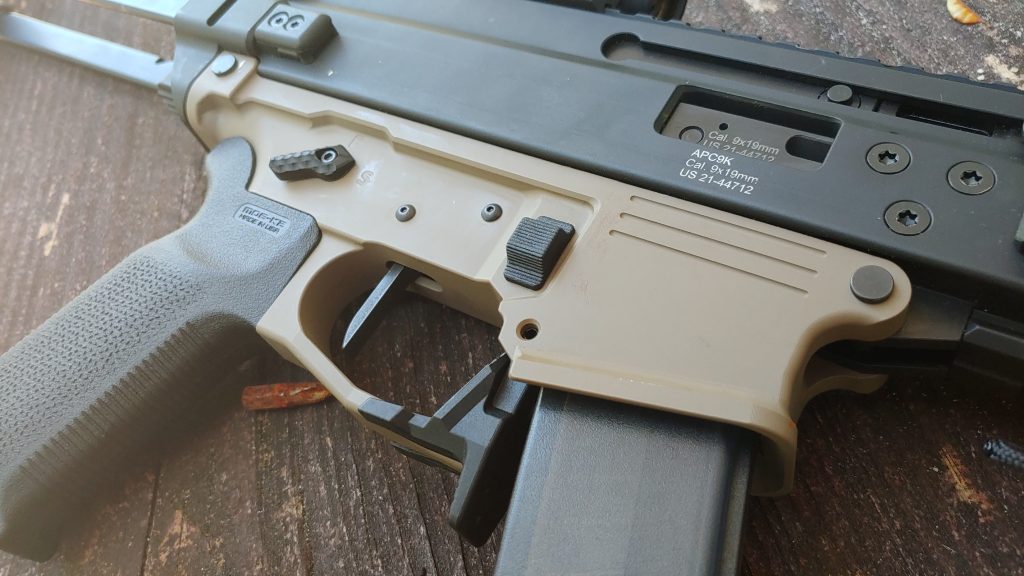 The ergonomics are outstanding. Everything is easy to reach and very accessible. Magazines plop right out with a press of the release. The controls are large and easy to reach. The last-round bolt hold open is preserved, and I’d even argue the bolt release is easier to use on the Lingle than the regular lower.

The Lingle In Action

My biggest concern is taking a weapon that’s super reliable and making it less so. Luckily after a half dozen Scorpion magazines, I can say it’s not a concern I should have. The lower is crafted expertly, and it fits nice and tight on the gun without any reliability issues present. This is an example of their complete lower, and the trigger is awesome. It’s super light and tactile with no perceptible takeup. 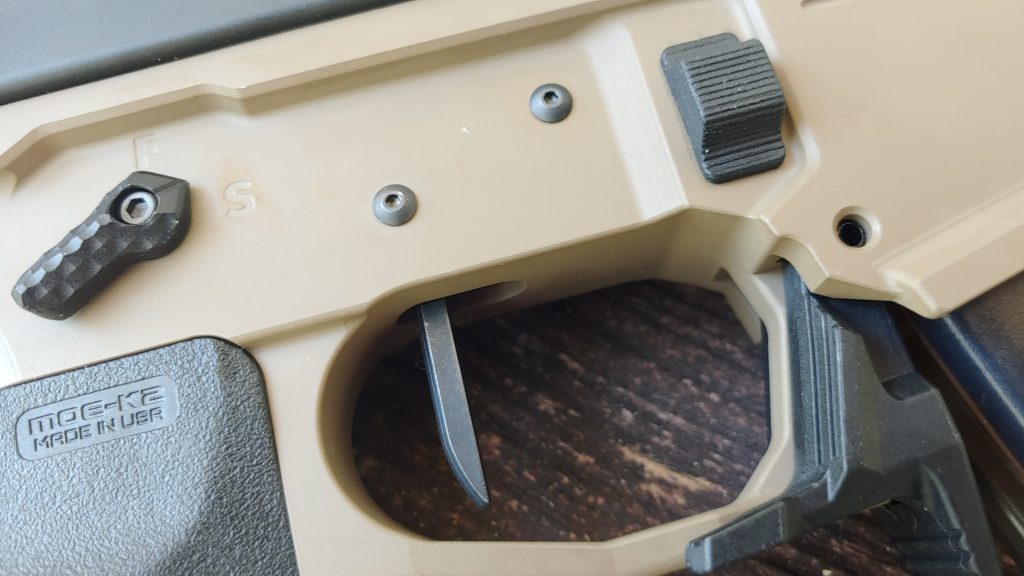 It’s a press, then a bang. The totally flat trigger is a nice touch as well. The Lingle Industries Scorpion lower breathed new life and lots more reload into my APC9K. Admittedly it took more than a few reload drills to get used to tossing Scorpion mags in. They seem to sit deeper. The magazine release is a completely different motion that takes some new connective tissue to get used to. 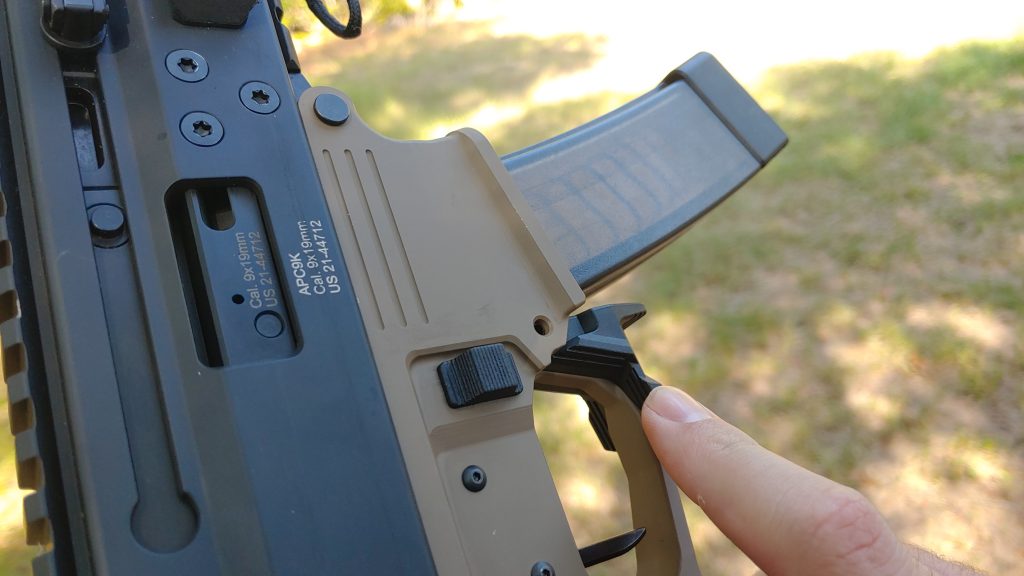 Once the neurons fired up, I figured it out. Running reloads into the flared magwell isn’t difficult. I can slap one in and get a shot on target quickly and intuitively.

Of all the potential upgrades you can make to your APC9K, the Lingle lower ranks up there. It’s a drop-in installation, and it doesn’t cause any reliability issues. This lower opens up the market to cheaper, easier-to-find magazines of varying capacities. Paying 18 bucks for a magazine is a lot better than paying 50 per magazine, especially when I have to fill a chest rig full of them.