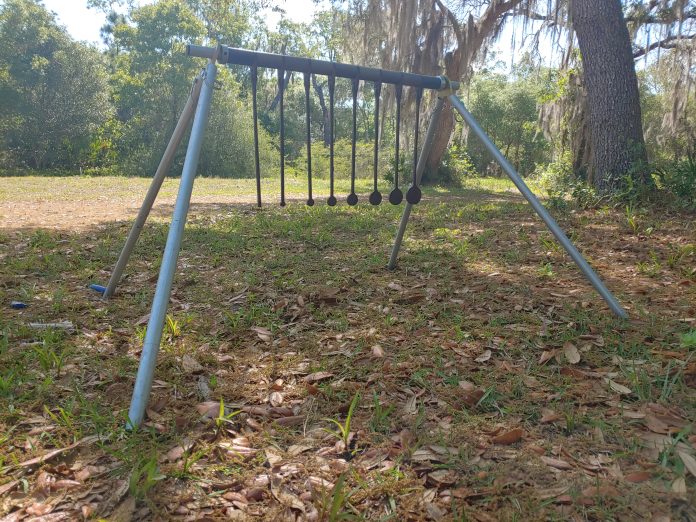 One of the great American past times is taking a .22 LR rifle, a brick of ammo, and plinking with it. I killed enough soda cans to make a car as a kid. To this day, just going out with a .22LR for its fun gives me great enjoyment. Although, as I’ve gotten older, my targets have gotten more complicated, and my current favorite is the Shooting Targets 7 Rimfire KYL. KYL stands for Know Your Limits

This target will certainly take you to your limits. I don’t mean that as a vague, nebulous term. I mean it quite literally. The Rimfire KYL target is eight targets. This is essentially a gong rack, but it’s designed for rimfire challenge. The eight gongs or, well, paddles are more realistic. The paddles range in size from 2 inches on the large side to a ¼ inch on the small side. The targets descend by a ¼ inch at a time. 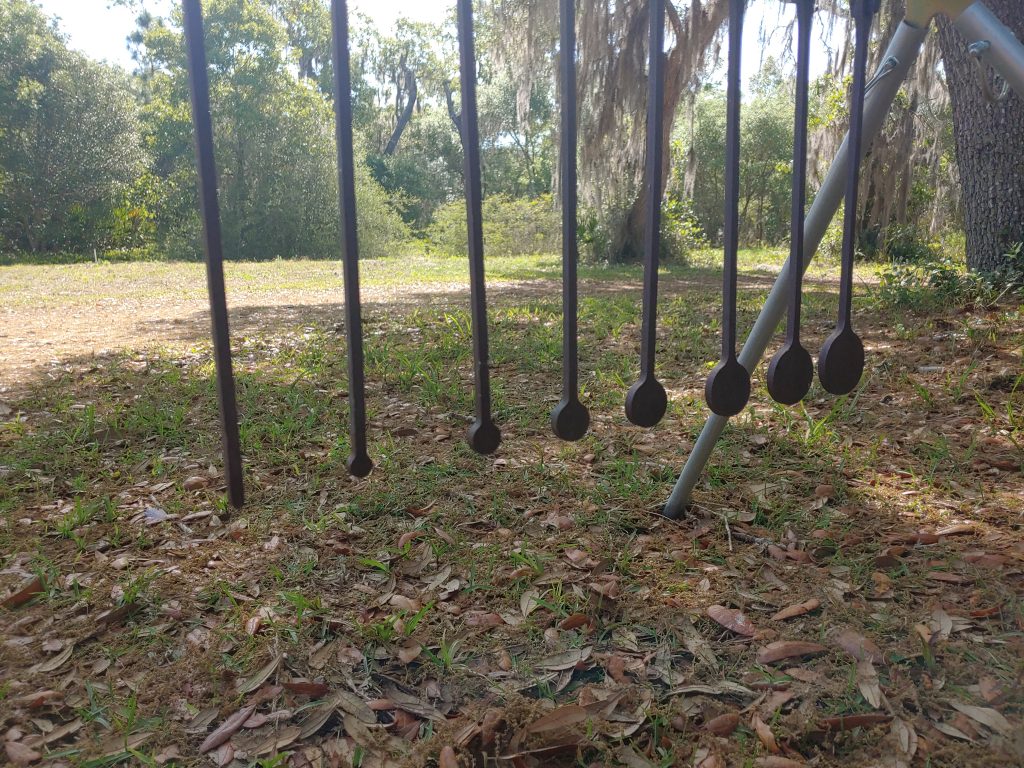 This target was used in the 2020 NRL .22 Championship, and it’s easy to see why. The largest target is fairly small as and it just gets smaller from there. The KYL Rimfire paddles are made of a ¼ inch of AR500 steel, and they can predictably be used for airguns.

Setting the Rimfire KYL Up

The Shooting Targets 7 design is fairly ingenious. It’s a self-contained system that comes with the targets, the beam, and the legs. The paddles are made entirely of AR500 steel. They are not hung by chains by any means. This setup requires spaces between each paddle, and setting the whole thing up takes no time. Attach a shaft collar slide a space, slide a target, and alternate targets and spacers until you’re done. 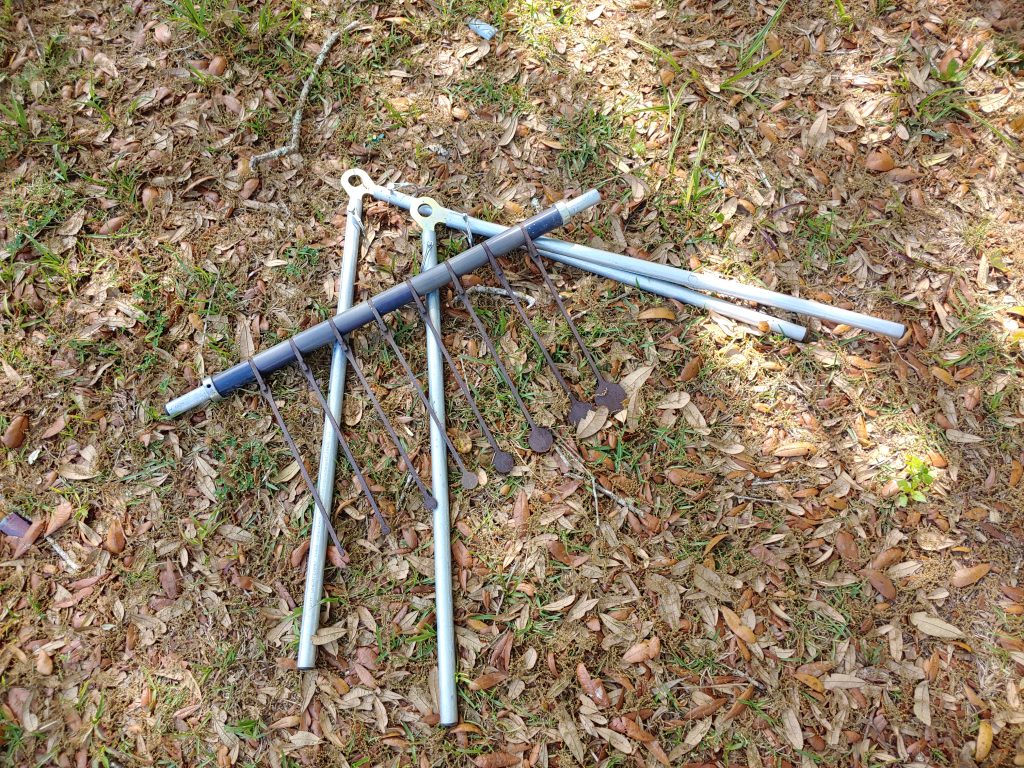 The legs attach easily and are easily taken apart. They don’t latch or bolt-on. The two pieces of galvanized pipe are connected with a piece of metal with a collar. The collar fits over the beam, and you bend the legs outward. This creates friction and holds the entire thing upright. 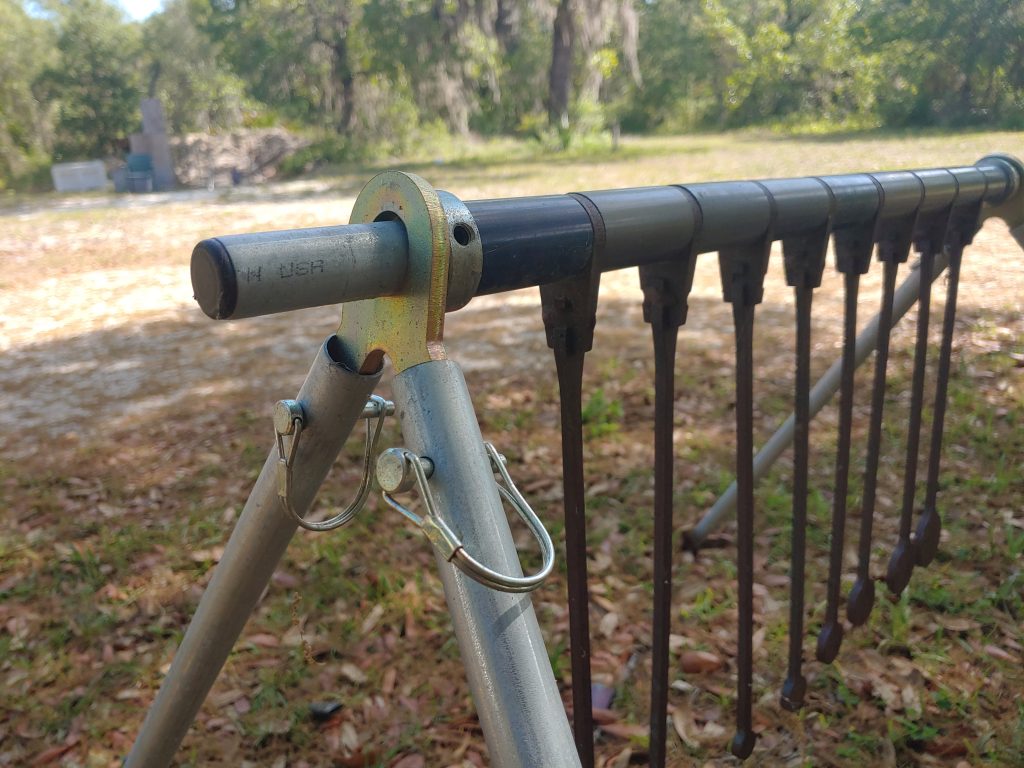 The setup and takedown make this big target very portable. It’s easy to toss in the truck and go to the range with. The target stands 26 inches tall, is 30 inches wide, and weighs 13 pounds. The Rimfire KYL is super simple and affordable at less than 150 bucks for the whole rig.

With the Rimfire KYL, you see your literal limit at specific ranges. In fact, you can measure it to the ¼ inch with these targets. As the paddles get smaller, you see your limits very clearly. Trying to clear the gongs isn’t easy. Here is how you learn your limit. Choose your range, your weapon, and your position. Now start with the two-inch paddle and work your way down. 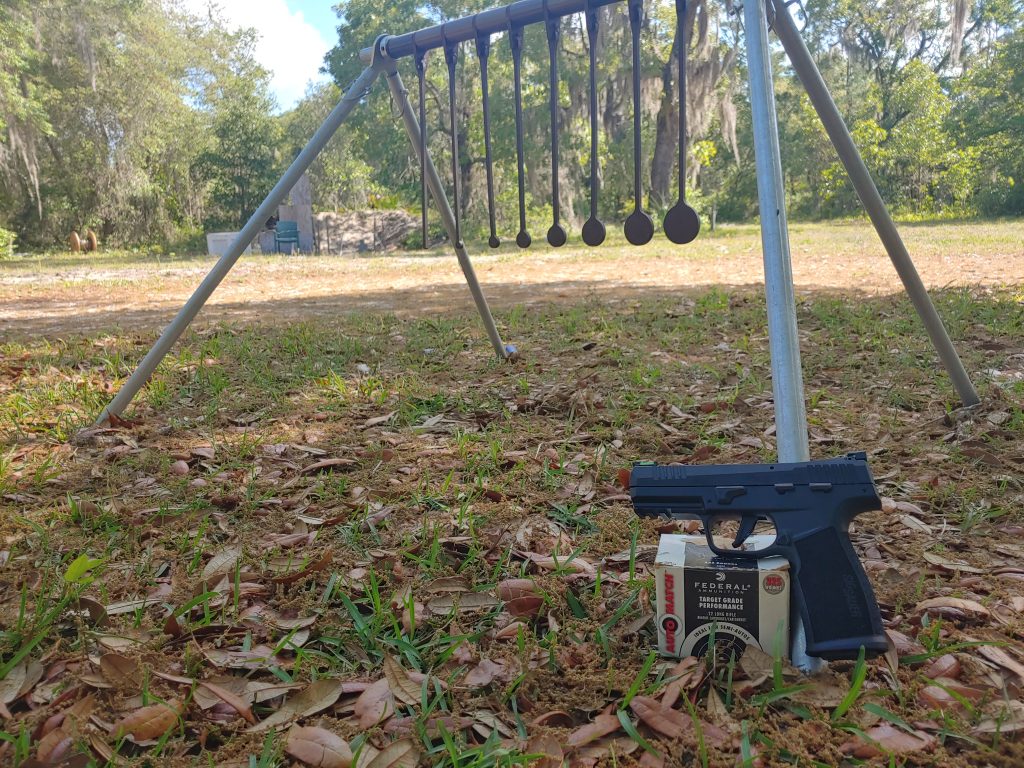 When you start consistently missing, you’ve found your limit. The tiny targets provide a significant challenge with a long gun even at short distances. Mix in a handgun, and it gets even harder.

The Rimfire KYL and its smallest targets require you to excel in the basics. You have to control your weapon, keep that sight alignment tight, and launch those little .22LRs with some real precision. I’ve used both rifles and pistols to engage the Rimfire KYL, and it’s always a challenge. 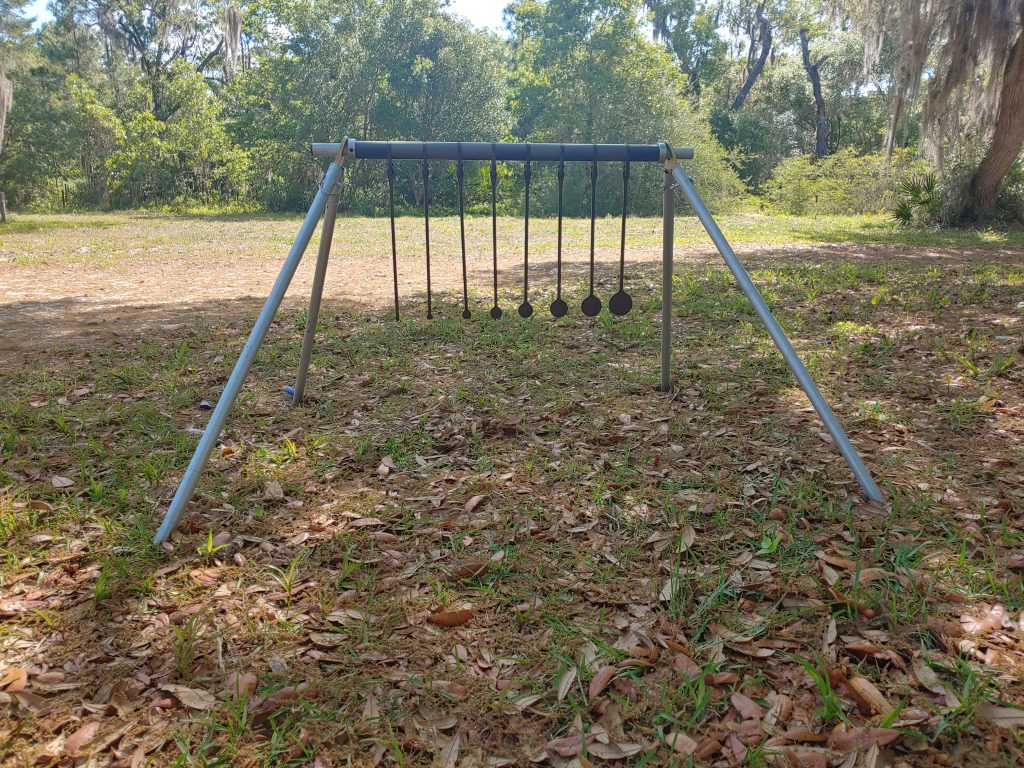 Scoot back to 20 yards and use an iron-sighted rifle to try and hit that ¼ inch paddle. It’s not easy, and that’s great. Who wants easy? The challenge of the target forces you to get better at shooting, and it’s always fun.

Addicted to the Ding

Don’t get me wrong, and you can get a little frustrated when trying to shoot the smaller targets. Here’s the cure to that frustration, back up a step and hit a slightly larger target. That ding will cure your frustration. While the targets fun by yourself, it’s best experienced with friends.

Introduce a timer and some friendly competition of who can clear the target the fastest. Or see who can go the farthest without missing. The Rimfire KYL creates a crazy amount of challenge and is just a fun little target.

The paddles swing, and ding when hit and do so vigorously. It’s just hard not to have fun with this target. Outside of just fun and plinking, there is some training potential with the target.

From a pure marksmanship perspective, the little targets can be used for close-range precision training. A rimfire rifle can be a great training tool, and they have a fairly limited range. The small targets help you maximize the training potential when you’re restricted to close ranges and rimfire weapons.

The Rimfire KYL is a great addition to your home range. It’s simple, fun, and easy to set up and move, plus it has training merit to it. Steel targets can be fairly expensive, but for less than 150 dollars shipped, you can have the complete Rimfire KYL. If you’ve been looking to recapture the joy of rimfire shooting, give it a try.