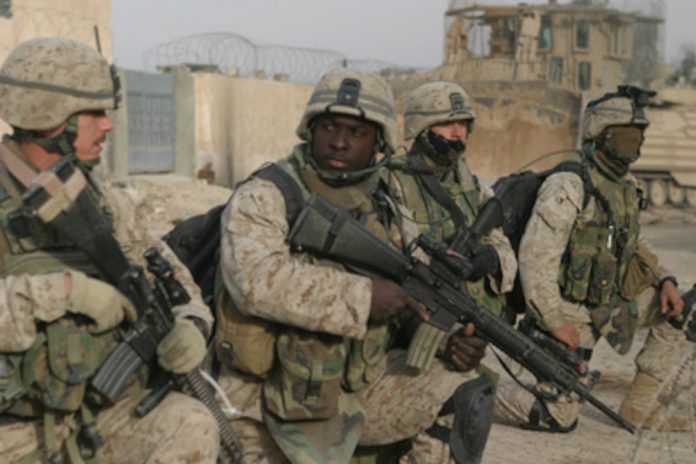 I’ll go ahead and give you guys the bottom line up front, and most dumb debates come down to a simple answer. Use what works. There are right ways and wrong ways, to be sure. When there are multiple right ways, it typically comes down to what the situation requires. Engage the six inches between your ears. When it comes to ready positions, the two that are dominant are high ready and low ready. These are also high port and low port/entry ready. It all boils down the place the gun points when your moving, not shooting. 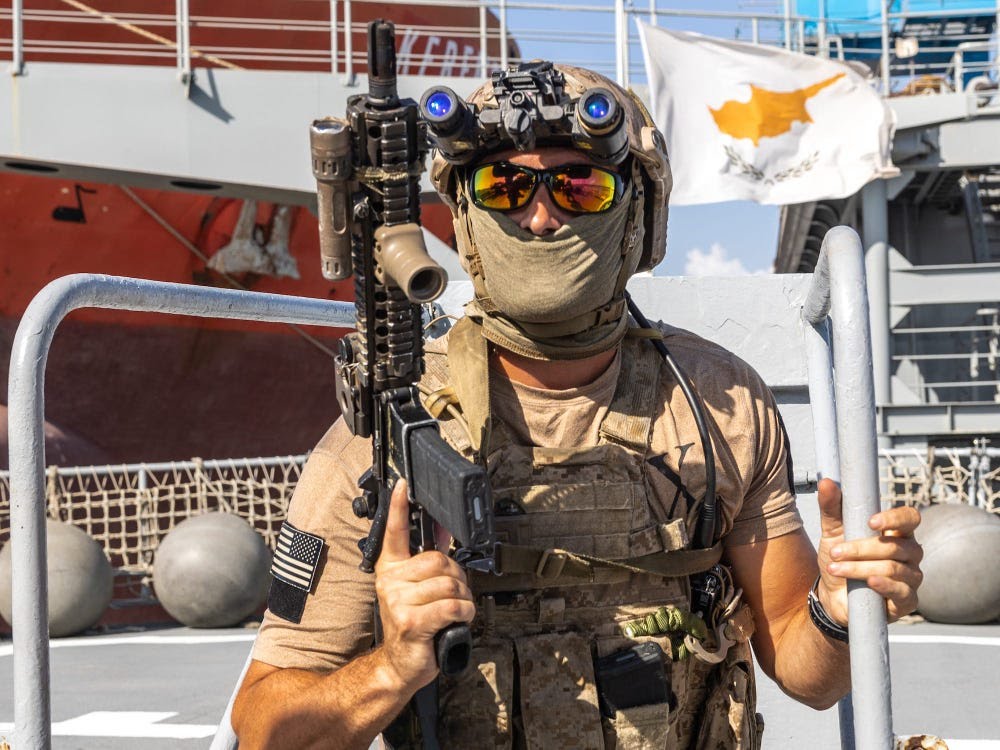 Both are valid, and can both can be used effectively. Some situations allow one to clearly make sense over another, but it’s tough to say one is objectively better than the other. Today we are going to dive into the world of the ready positions debate and dissect the two. Sometimes this debate comes down to an almost Army vs. Navy thing.

The Army prefers the low position, while SEAL teams have always been high port fans. As a Marine, I guess I got to experience a bit of both. There was plenty of training with both positions. A Staff NCO once said something to the effect of “Low port on helicopters and high port on boats, boys.” The Marine Corps, at least the east coast Marines, preferred to be positionally agnostic.

The a low ready, or Marines often called it ‘Alert’ too, has a number of strengths, and for an infantryman, the first will be comfort. It takes a lot less effort to hold the weapon in a low position or something close to a low ready for a 10-klick patrol.

In an open patrol status, the low ready also helps prevent flagging as you cross uneven terrain. If someone climbs a hill or wall in front of you, they aren’t going to put themselves in front of your muzzle. When the weapon sits in the low port, a shooter has a full field of view and doesn’t have their weapon obscuring part of their FOV.

We’re talking about every variation of the muzzle down positions here, but whatever names you’ve heard them.

Your rifle is less likely to snag or bounce off something slightly above you in the low ready. As a tall dude, I can barely avoid smashing my head in short doorways. I doubt I’ll always be conscious of how high my muzzle is, especially in a wooded environment where the ceiling changes every step.

High-ready makes a lot of sense in several contexts, CQB especially. When clearing rooms, a high ready position makes a lot of sense. In a stack, it’s a lot easier to keep your weapon from pointing at your buddy if it’s up and away instead of awkwardly downward angled away from his feet, your feet, and all the other feet close together.

When you come into a room, it’s easy to bounce from high ready to ready with a quick movement. There is no need to sweep an entire gun upwards and against gravity. A high position allows you to drop the gun into a shooting position that is pointing at the general lethal area of an opponent IE their head and chest, very easily.

In a close-quarters fight, it’s easy to bring the gun down for a quick muzzle strike to dissuade a grab. It’s also easier to run with a rifle in a high position without flagging another person.

It’s easier to move in general with the muzzle high and the stock trapped under arm. It also allows you to use your support hand for all the things you might need it for from turning a doorknob to grabbing onto someone.

I would avoid getting too wrapped up in which position is ultimately better. Figure out which position works best for whatever situation is ahead of you. The best way to learn is to obviously train and always keep an open mind.

Institutions have a tendency to hamstring a single position without much context, unfortunately. Be aware of this also that just because _______ organization made you always use low ready so your muzzle would never be higher than the berm, that was an administrative call for safety and not a tactic.