People give KelTec a lot of crap. I’ll admit their designs are sometimes more novel than handy, but they are by far among the most creative of all the gun companies on the market. Kel-Tec’s founder, George Kellgren, has been creating firearms well before Kel-Tec, though. In fact, he helped design the original TEC-9 SMG. Between the TEC-9 and Kel-Tec, he started a company called Grendel.

Mr. Kellgren seemed to like tossing his name into his firearm companies. The Kel in Kel-Tec and the Gren in Grendel are creative ways to make your mark. Names are one way, but so are weird and wonky designs. Kel-Tec corners the market these days, but many of the guns in Kel-Tec’s catalog started with Grendel Inc. Today, we are going to look at five weird Grendel designs. 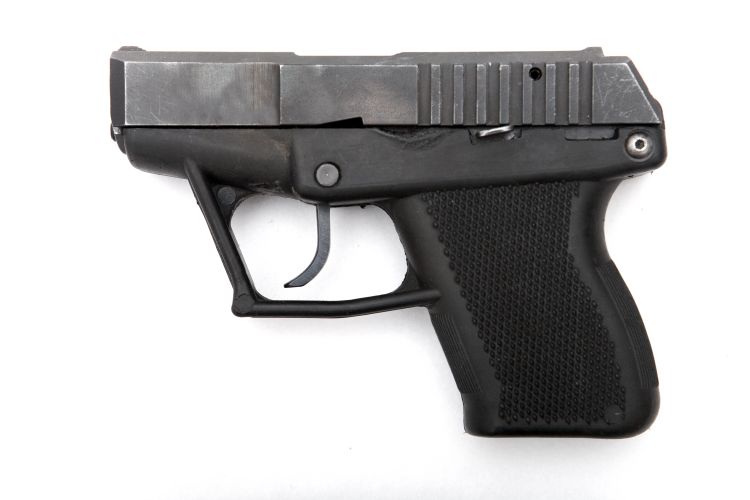 The Grendel P10 also used a fixed magazine and loaded through the top with a stripper clip. It was certainly an odd design. The gun did hold ten rounds, which is also an impressive feat for the time. It’s an odd duck with a huge trigger guard but was pocket-sized. Grendel followed the P10 up with the P12, which was the same gun but had an 11-round, detachable magazine and was a slight upgrade.

The PMR 30 from Kel-Tec was a neat pistol that was seen as quite revolutionary for the time. Packing 30 rounds of .22 Magnum into a flush-fitting magazine is fairly impressive, but what if I told you that Grendel did it first? The Grendel P30 was a .22 Magnum semi-auto pistol that used a 30-round magazine that was also flush fitting. 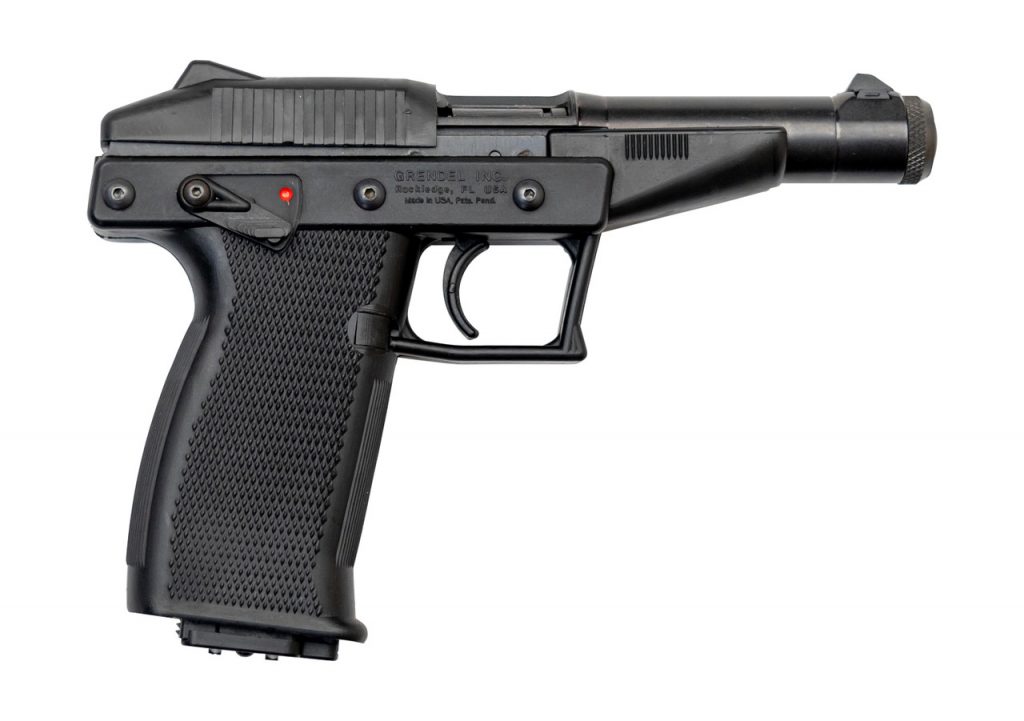 The magazine was made from Zytel, and the gun came with either a 5 or 8-inch barrel. It’s a simple, straight blowback gun, but it looks like a space gun. In real life, it’s a rough-looking gun with that Kel-Tec flair of hex head screws holding things together. Still fairly neat for the time and way ahead of the PMR 30.

Remember how the PMR 30 got a carbine variant in the form of the CMR30? Well, the P30 got the same treatment by Grendel when they produced the R31. That being said, the R31 looks a whole lot different than the P30. The pistol grip is the only thing the R31 and P30 have in common.

The R31 has some pseudo MP5ish looks with the handguard. It features a collapsing stock and a 16-inch barrel. The tip of the barrel is complete with a brake, because of that mighty .22 Magnum recoil. It’s still a fairly simple straight blowback gun fed from 30-round, flushing fitting magazines. I think it’s neat and would love to get hands-on with one.

As far as I know, KelTec has never made a bolt gun, but Grendel Inc. did. The Grendel SRT was the first gun created by Grendel, and it was uncovered by a Guns and Ammo writer who got to check with George Kellgren and got the majority of information we have about the rifle. The SRT was a Sako bolt action fit into Grendel body and everything else.

This includes a Zytel stock that featured an under-folding design, much like the SU-16 series of guns. The barrel was topped with a muzzle brake, and the guns came with various barrel profiles. The magazine was removable and held nine rounds and allowed the stock to fold with the magazine in place. Grendel chambered these guns in .22-250, .308, .243, and .358 Winchester.

Our last weird Grendel is a bullpup shotgun, but it’s not your mama’s KSG. It’s a .410, with a magazine, in a bullpup format. The design was produced but never beyond the prototype stage. It was a pump-action and looked a bit like the RDB Survival rifle. The magazine held 12 rounds of 3-inch .410 rounds. 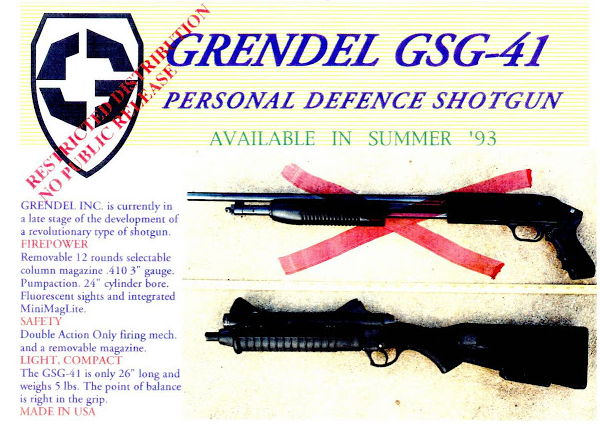 It’s listed as a double-action-only gun, which is rather interesting. The overall length is 26 inches, and the gun weighs five pounds total. Pretty neat, but even more interesting, it came with an integrated MiniMagLite making it a fair bit ahead of its time. Sadly this gun never came to be, but I really want one. Imagine how much fun the GSG-41 would be.

The World of Grendel

Grendel Inc. certainly had the creative instincts that Kel-Tec has now. You can see a lot of the design influence from one company to the other. Like Kel-Tec, Grendel didn’t hold back on their firearm’s design, and they had some real oddballs, but they are undeniably cool.