The 90s were a wild time. Companies named their guns like they were in a video game. Well, one specific company did, Cobray. Cobray would be a great Twitter troll. In the 1980s and 1990s, they were a thorn in the side of gun controllers. At one point, they named their revolving shotguns Street Sweepers. The Street Sweeper is not a very good firearm by any metric, but it’s legacy is what we are talking about today. 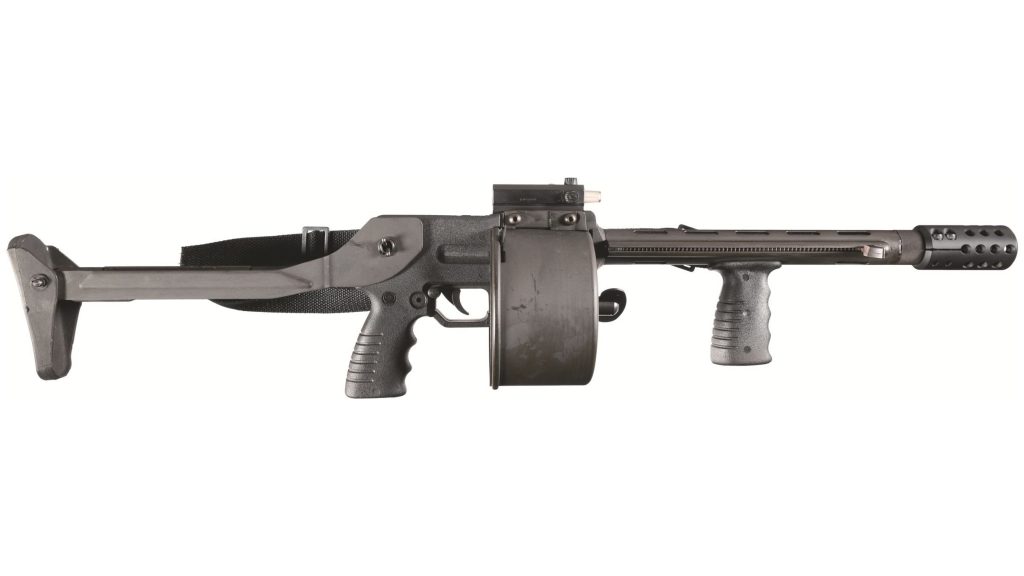 That’s not technically true. At the behest of Handgun Control Inc., Clinton instructed the Secretary of Treasury to declare three specific shotguns as destructive devices. This placed them under the purview of the NFA. Federal Code allows the Secretary of Treasury to label weapons above .50 caliber as destructive devices by decree. Those three shotguns were the Armsel Striker, the Street Sweeper, and the USAS-12.

(It bears mentioning they also wanted the Mossberg 500 declared a Destructive Device.)

This action has led many to believe outright that revolving shotguns are always destructive devices. As if they are declared NFA weapons like machine guns, suppressors, or anything with too short of a barrel and a stock.

The Truth About Revolving Shotguns

Since then, revolving shotguns haven’t really taken off. Taurus and Rossi produced the Circuit Judge, which was a .45 Colt/.410 revolving rifle. It had a rifled barrel, so it was technically a rifle. Which likely helps reinforce the myth that revolving shotguns are banned.

Why Aren’t There More

If they aren’t banned, why don’t we see more revolving shotguns? Well, what’s the market for them? If you’ve ever handled a Street Sweeper or even a Striker, you can tell it’s not a very ergonomic gun. Twelve gauge shells are huge, and they have huge cylinders which require a winding mechanism or a long and very heavy double-action trigger pull. They are slow to reload and needlessly bulky.

It’s a pretty good sign when no military or police force ever adopts a certain type of weapon that it’s a fairly bad design. It would likely be expensive to make a nice revolving shotgun, and the demand is basically nonexistent. Nerds like me will want one, but not for Benelli or Beretta money.

I’m sure the actions of the 1990s had an effect on importers and manufacturers in the 1990s. In 2022 it isn’t likely to be the target of gun control scorn.