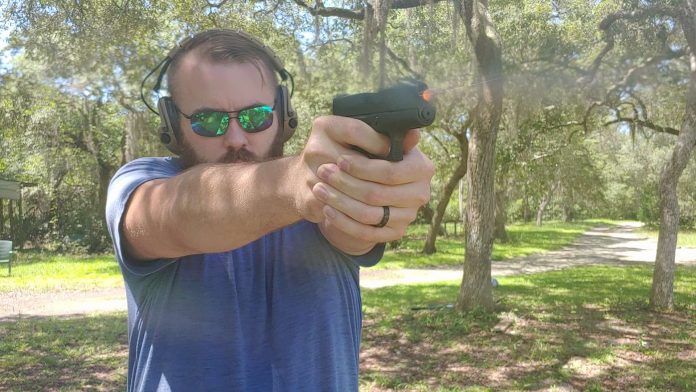 One of the biggest cancers in society is Facebook, and this applies to the regular world as well as the gun world. In the gun world, Facebook groups tend to be garbage. There are good ones like Tactics & Applications, Concealed Nation Extra, and the numerous Primary and Secondary groups.

However, many are full of bad information, and people use their emotions and lack of training to guide their tactics and purchases. They then reinforce others with tactically stupid information.

I’ve seen themes of bad, tactically stupid advice permeate these pages. They seem to repeat these nine pieces of tactically stupid information over and over. So I’ve decided to gather them all together today to share with you. Maybe you’ll get a laugh, or maybe you’ll learn something.

You Carry a Gun, Two Knives, A Spare Mag, and a Challenge Coin but No Medical

EDC dumps have quickly become one of the cringier things on the internet. What started as a means to share what you carry has become this weird competitive non-competition of how much junk you can carry. Dudes will often show their gun, a multitude of knives, their subpar holster, reloads, and then some random challenge coin or giant keychain for some reason or another.

Among their massive pocket dumps, they carry not one bit of medical supplies. No TQs, no ankle kits, no mini belt kits, not a single bad-aid even. How about you dump the multiple knives, the weird tokens, and pack something that’s useful? Medical gear might not be sexy, but you won’t look tactically stupid.

You Have a Truck Gun, But no IFAK.

Keeping up with that theme, let’s talk about an IFAK. An IFAK can be tough to carry on your body, but keeping one in a vehicle is just common sense. A good IFAK is well suited for emergencies, including car accidents, work accidents, etc.

Lots of dudes will keep a ‘truck’ gun just in case the Russians attack. But they keep absolutely zero medical gear in their vehicle for emergencies that are much more common than alien invasions If you have a truck gun, cool, if you have a truck gun but no IFAK, well, you’re tactically stupid.

You Keep Tampons/Pads for Wound Care

Having an IFAK or medical gear on your body makes a lot of sense, but make sure you have quality gear inside it. I use gear from North American Rescue. I trust them, they make high-quality stuff, and it’s been proven over and over. Sadly, even in 2021, people are still suggesting feminine hygiene products for wound control.

That’s dangerous and tactically stupid. Tampons and pads absorb blood, and you want your medical product to prevent bleeding and encourage clotting, not absorption. It’s dangerous and stupid, especially when gauze is super cheap and widely available. If you keep tampons and pads in a medkit for their intended purpose, well, cool, that makes sense. They don’t sense for wound care.

You Think Red Dots On Pistols Are Unreliable

Red dot pistols pretty much dominate the market these days. Hell, even the US Army just adopted a pistol with optic compatibility. Police departments and concealed carriers have long carried red dot-equipped pistols. However, the fudd remains strong, and plenty of people assume a red dot sight is useless and fragile. 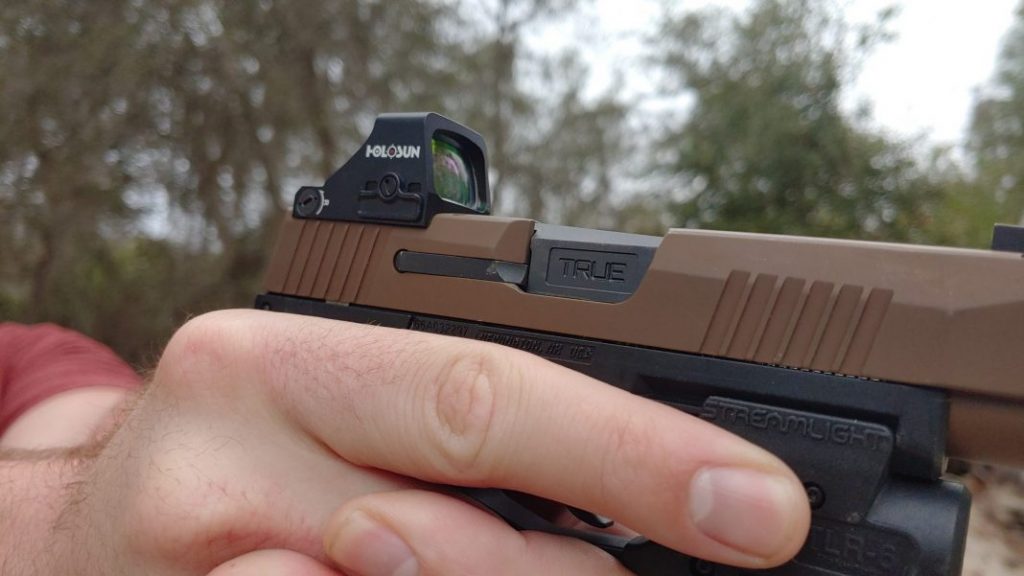 Others might claim you don’t need a red dot for self-defense ranges! Muh 3-3-3 rule! Well, as we know, that’s just silly. Red dots allow a shooter to shoot faster, further, and with more accuracy. Plus, a professional-grade mini red dot is pretty damn tough these days.

You Use Birdshot For Defensive Use

As a shotgun aficionado, this is my biggest pet peeve and the most common piece of tactically stupid advice I see around the internet. As a shotgun guy, it makes me ashamed to say I’m a shotgun guy. Birdshot does a poor job of killing birds, and that’s why a lot of bird hunters get skilled at ringing necks. 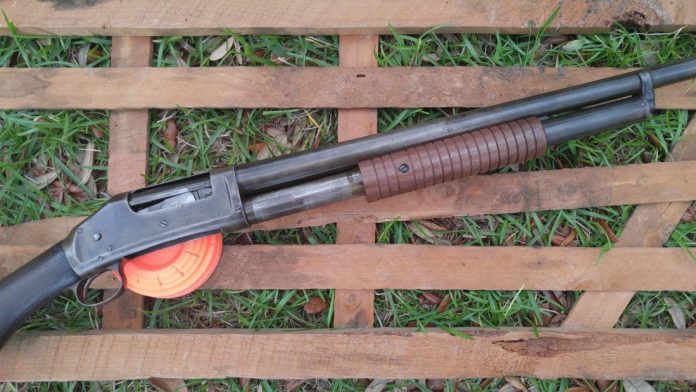 It offers poor penetration to a human target and abysmal spread. People love to say, ‘it acts as a slug at close range!’ Well, maybe it does if you mean point blank when you say close range. I’m not letting bad guys get that close to me, so I’ll stick to buckshot.

You Use a Car Holster

Car holsters, be they magnets or beyond, are tactically stupid. You already have a holster for your car, and it’s the same one you have for your body. Removing your gun from your body holster to a car holster is silly. If you find it uncomfortable, get a good holster. May I suggest Phlster? It encourages unneeded admin handling of your firearm and takes the concealed out of concealed carry. 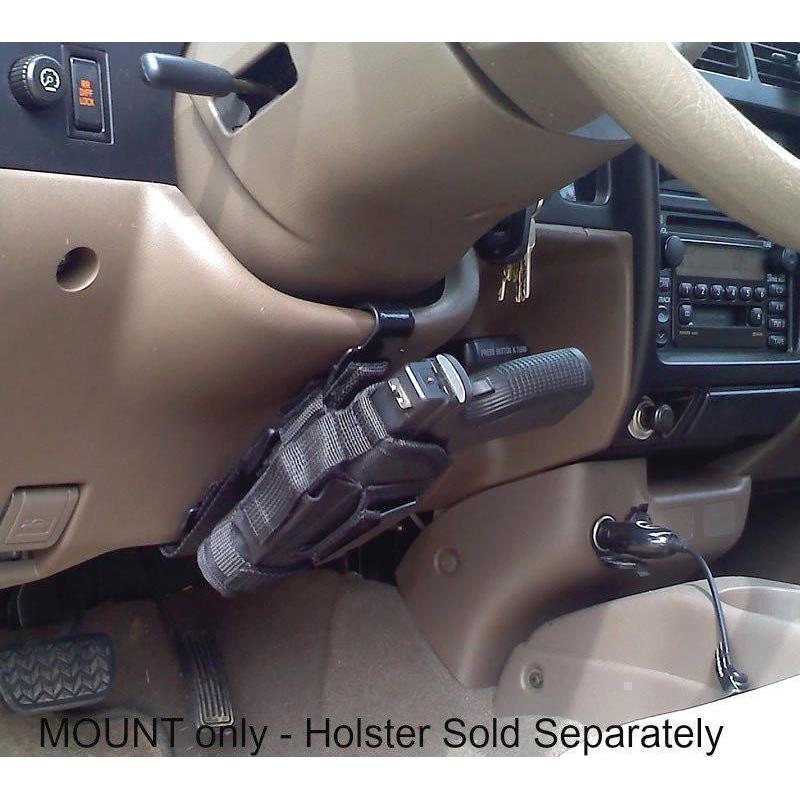 Second, what happens in a car accident? Will gun flies out of your holster and into the ruckus? Lord forbid something finds its way into your trigger guard and discharges your weapon. A car holster puts you, passengers, and first responders at risk in the event of a car accident, so just say no.

I’m not a pure Olight hater who comes at everyone packing an Olight. I like the OPen 2 and the Obulb just fine. I dislike their weapon lights because they suck. They have parasitic drain, poor designs, drastic and rapid step down, and the batteries die quickly. 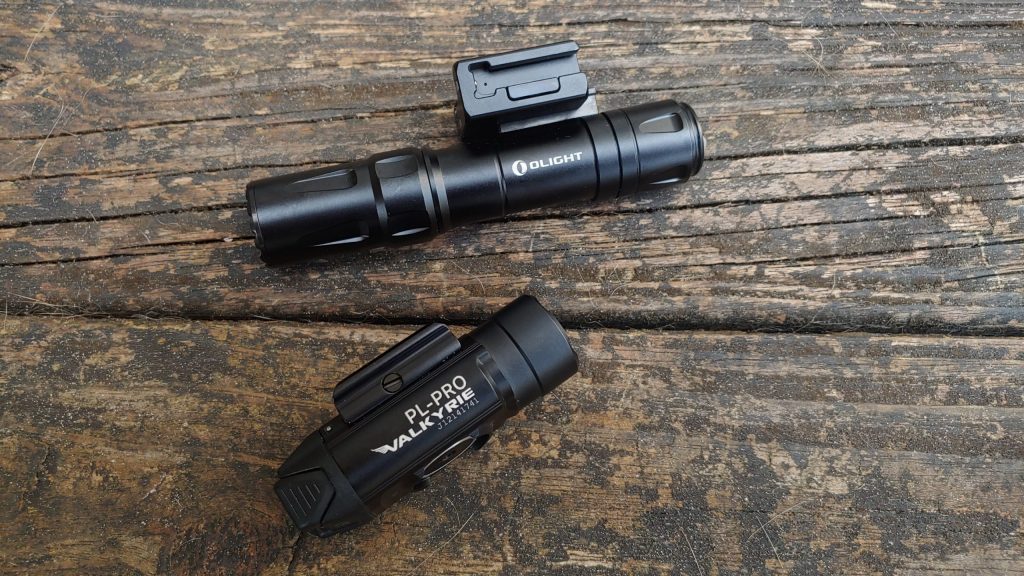 They are not ‘just as good’ as Streamlight, Surefire, modlite, or Cloud Defensive designs. An Olight WML is a hobbyist tool at best and shouldn’t be used for defensive or duty use.

You Cover Your Brass Deflector

This one is largely harmless, admittedly but seems to be a growing theme in the tactically stupid community. People are getting upset that their brass deflectors are deflecting brass. When brass deflectors deflect brass, they get a little scuffed up. 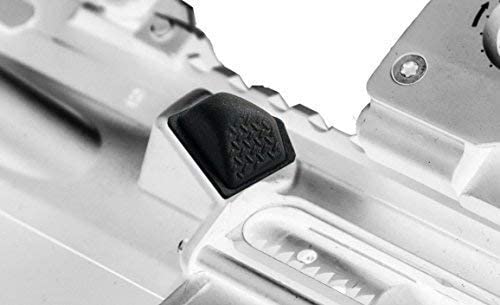 That’s what they are supposed to do. However, a small industry popped up selling brass deflector covers. It sounds dumb because it is dumb.

You Think You Can’t Use Your Sights in a Gunfight 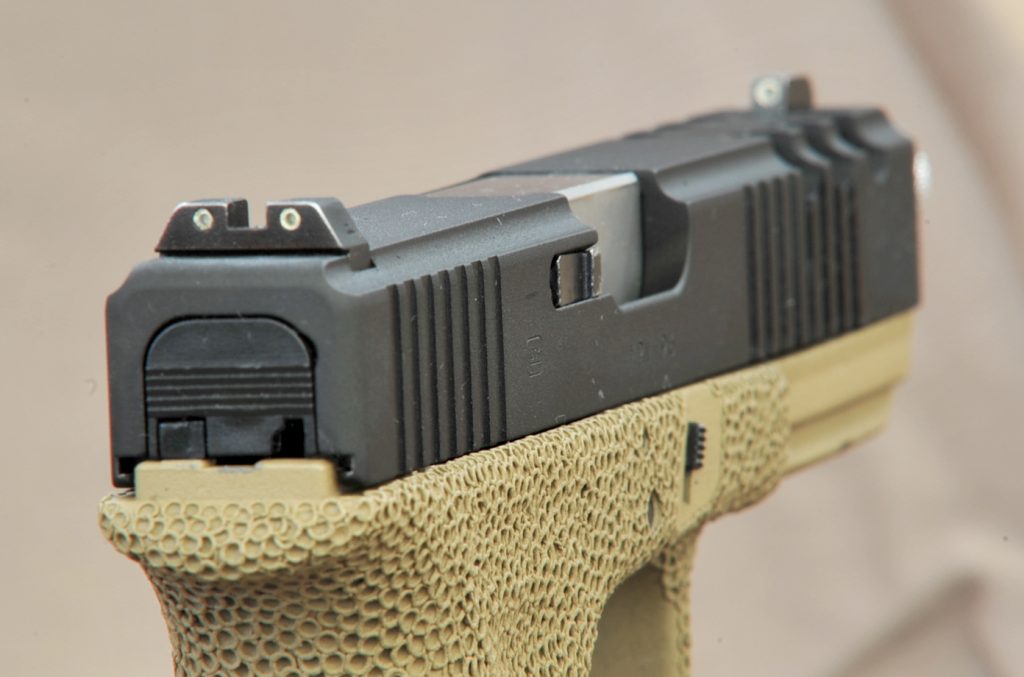 Unless a bad guy is on top of you, you can use your sights. In every firefight I was in Afghanistan, I used my sights. It wasn’t tough to do, and with training, you snap right to them. Admittedly, a red dot works better, but we know how the tactically stupid feel about handgun red dots.

I’m not the brightest bulb, I’m not a Mensa member, but at least I don’t go to sleep every night thinking birdshot works well for self-defense. My best advice is to take everything with a grain of salt. If it seems fishy, the google machine can point you in the right direction most of the time. If not, ask follow-up questions.

Ask for evidence, sources, or a point of reference. There are lots of good subject matter experts out there, and they often have business pages chock full of free information. Better yet, take a class, and ask your questions even if they seem dumb. You’re paying for an expert’s knowledge, so make sure you get your money’s worth.