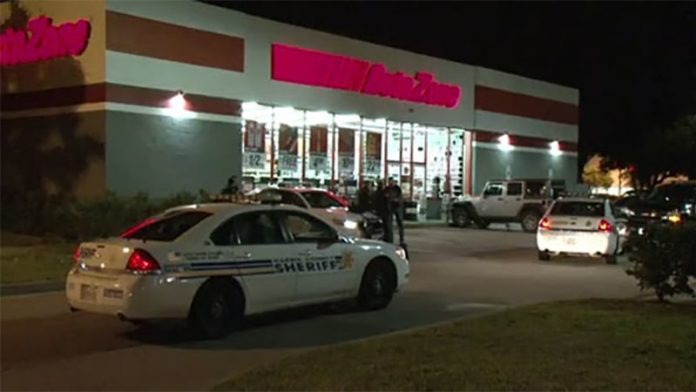 An attempted robbery at an AutoZone in Jersey Village, Texas, Friday night didn’t turn out as planned after a gun owner happened upon the scene and had the would-be robbers rethinking their actions.

The three perpetrators entered the store around 9 p.m. and demanded cash from employees while holding them at gunpoint. However, in the middle of the attempted robbery, a gun-carrying customer pulled into the parking lot and witnessed the incident unfolding. The customer, who authorities confirmed has a concealed handgun license, stepped in and held the three perps at gunpoint until police arrived a short time later.

The three would-be robbers were taken into custody. No shots were fired and no one was injured.