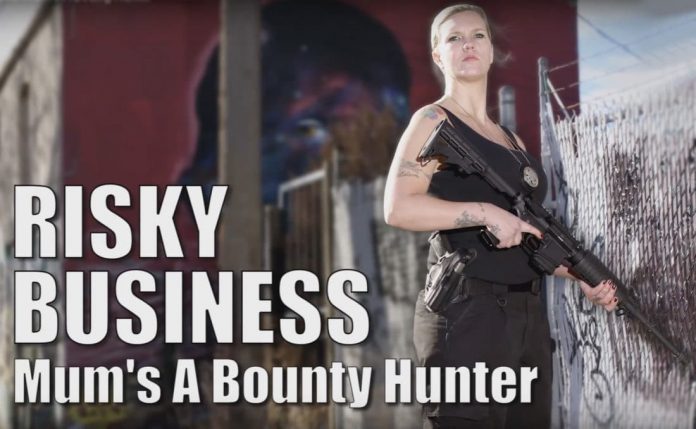 A 35-year-old, two-time cancer surviving mother of four who once was a waitress at Hooters is now a bounty hunter bringing in big bucks to help pay the $800,000 she owes in medical bills.

Shanda Zapata, of Colorado, admits that though the job may pay well, it certainly isn’t low-key.

“I have been shot at, lunged at with a knife, attacked by pit bulls and even had drug dealers throw needles at me like darts,” said Zapata. “You never know what is going to be behind that door when you kick it down. Every day could be your last.”

She added that when she gives her children, who range in age from 5- to 17-years-old, kisses before she leaves for a job, she never knows if that will be the last time she sees them. But she also said if her life is threatened, she won’t hesitate to pull the trigger.

Zapata was diagnosed with bowel cancer when she was 19-years-old, and while she beat it, it returned when she was 31.

“I’ve lost everything in my life and now been left with a huge debt,” she said. “But now I’m out there hunting some of America’s most dangerous criminals and making something of myself.”