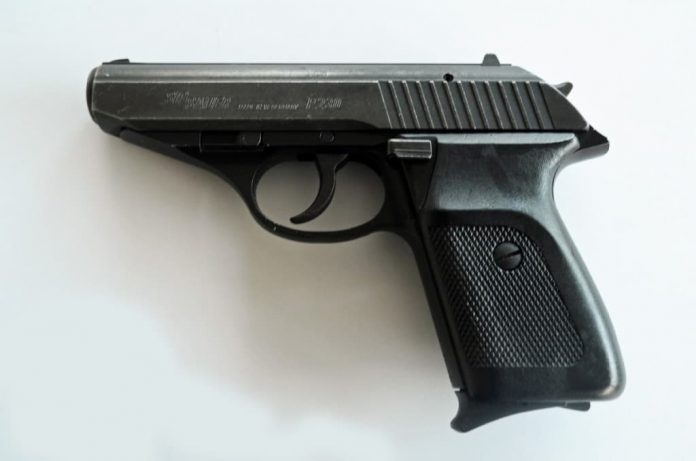 The Sig Sauer P230 was designed in 1977 as a European law enforcement duty gun. There is probably a lesson there about socialist countries being more concerned with stopping people from escaping as opposed to taking out an armed threat. But I digress.

Styled after the Walther PP series, these handguns proved to be a quality backup piece for law enforcement officers on this side of the pond. 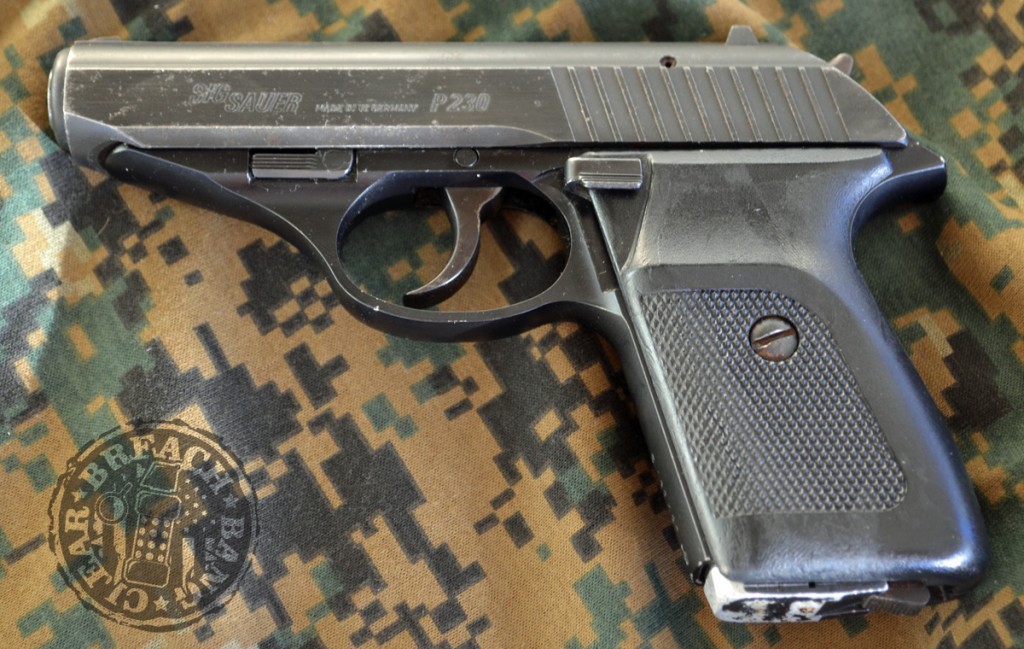 Unlike the famous Walther PPK of James Bond fame, the P230 uses a heel style magazine release that has never really caught on in the Land of the Free, but actually works well for a backup gun or hideout piece.

Simplicity is the hallmark of the P230. It sports a single stack 7-round magazine, blowback action, fixed sights, and like the rest of the P series, no external safeties. A simple de-cocker is all this pistol has in the way of external controls. That’s right, not even a slide release. 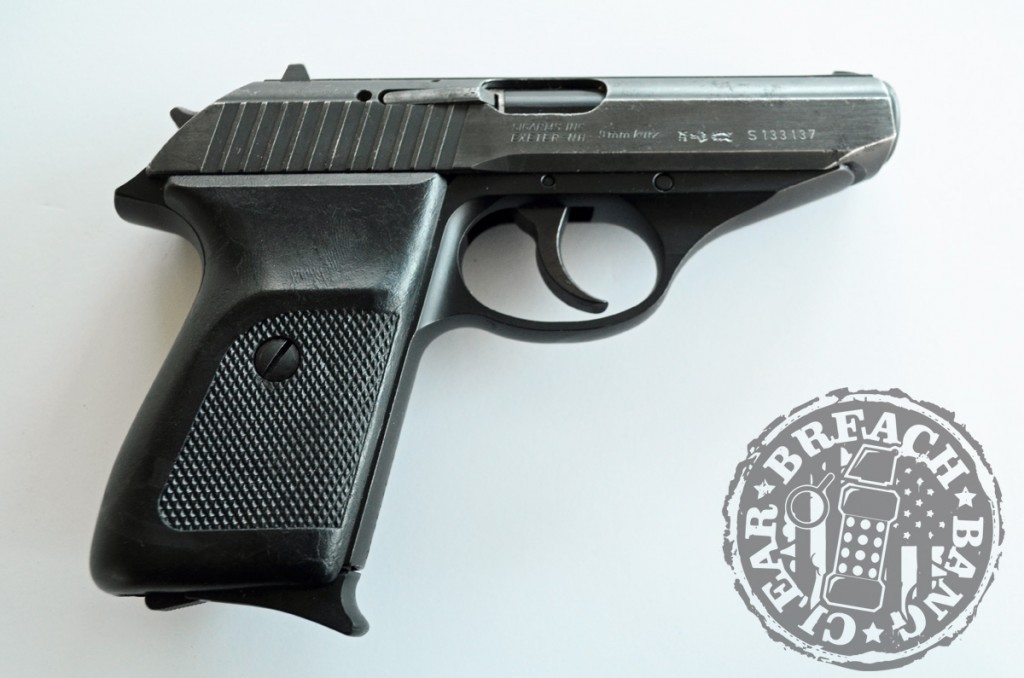 Sig designed three versions of the P230: blued steel, stainless steel and an aluminum frame with a steel slide in blue.

Most of these pistols are marked 9mm Kurz, which is a European way to say “.380 ACP”. Kind of like the guy at the bar who colors the filters on his light cigarettes brown to make everyone thinking he is smoking a man’s cigarette. This let the European Flatfoot division say they were toting a “Nine” and not a woman’s purse gun. 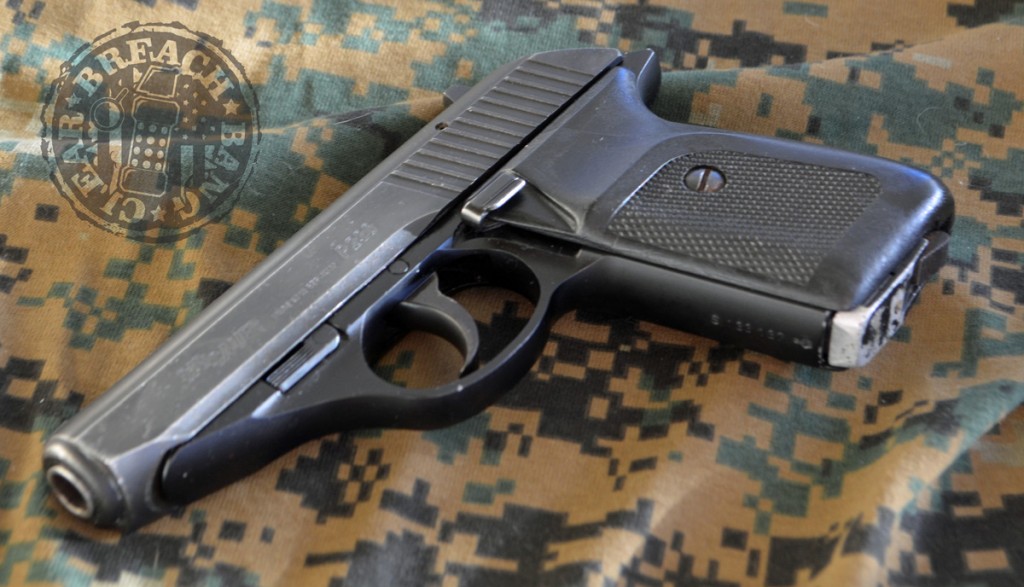 Other calibers offered included the 9X18 Makarov,  .32 ACP and .22 lr. We have only seen the .32 ACP in the flesh and this version was adopted by police agencies in Japan. The Makarov was made for former Soviet satellite countries, and the .22 lr was a training pistol so non-gun types could work their way up to .380 ACP.

Sig Sauer eventually upgraded the pistol and dubbed it the P232. Both handguns appear identical, take the same mags and were offered in the same finishes and metal components. But somehow Sig squeezed thirty or so upgrades into the P232 to make them more reliable.

It was never as iconic as the PPK, but in our experience it is a better made and more accurate shooter. Sadly, the size made it almost as large as many of the small pocket sized 9mms on the market, and Sig eventually dropped it from the lineup in favor of the single action P238.

These were expensive pistols for what they were, and were on our list for a number of years. We found ours by way of a police auction. It was a firearm that was part of an estate that had no heirs and was liquidated by the government. We picked it up for around $200 a few years ago. The lesson here, boys and girls, is to make a will to leave your firearms to someone; otherwise the state makes money off of your death and sells your prized possessions to hack writers with no moral compass.

This was no “Brand new in the box” piece, mind you. The magazine base pad had been filed down (most likely for ease of carry) and the steel slide was pitted in a number of areas. The only things we replaced on the pistol were the two rusted grip screws. For accessories we bought a second magazine and a Galco SOB holster.

The one fact that mystifies us is that the pistol is completely reliable with everything we have thrown at it. Hollow points, reloads, plated bullets, full metal jacket and questionable Eastern European manufactured .380s all go down the pipe without a hiccup. 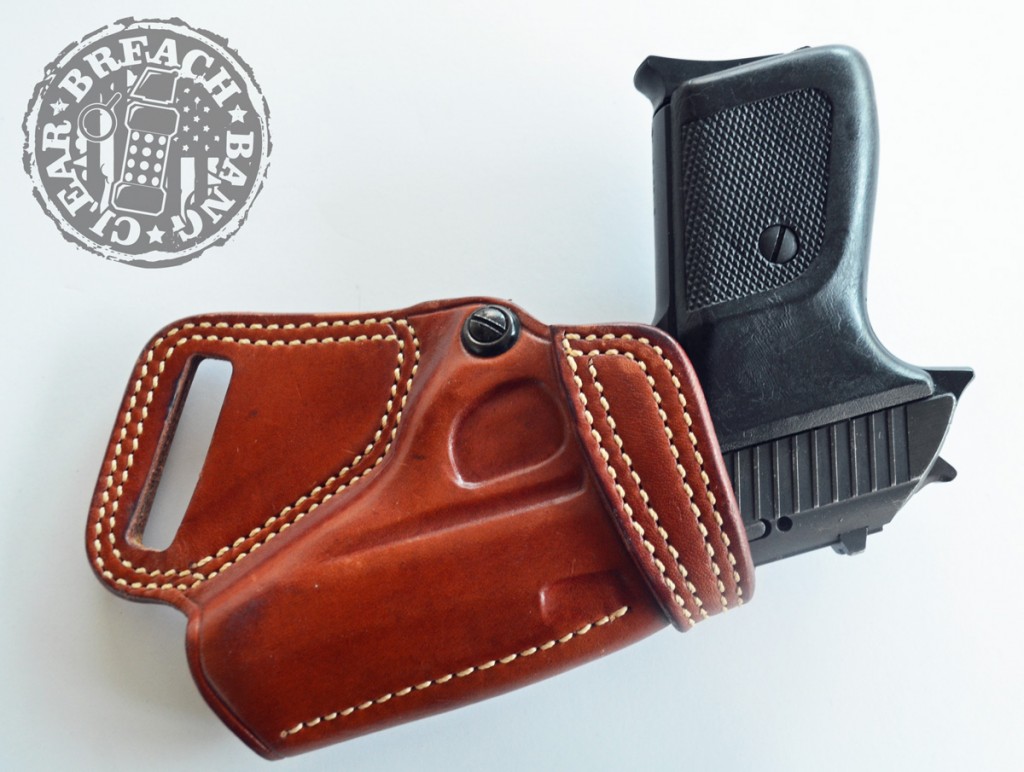