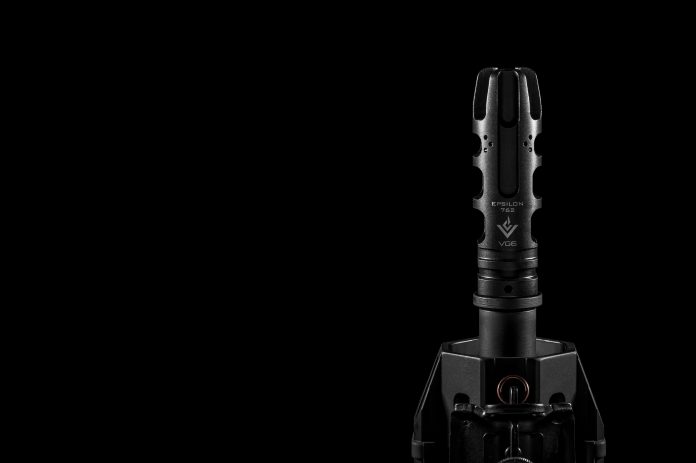 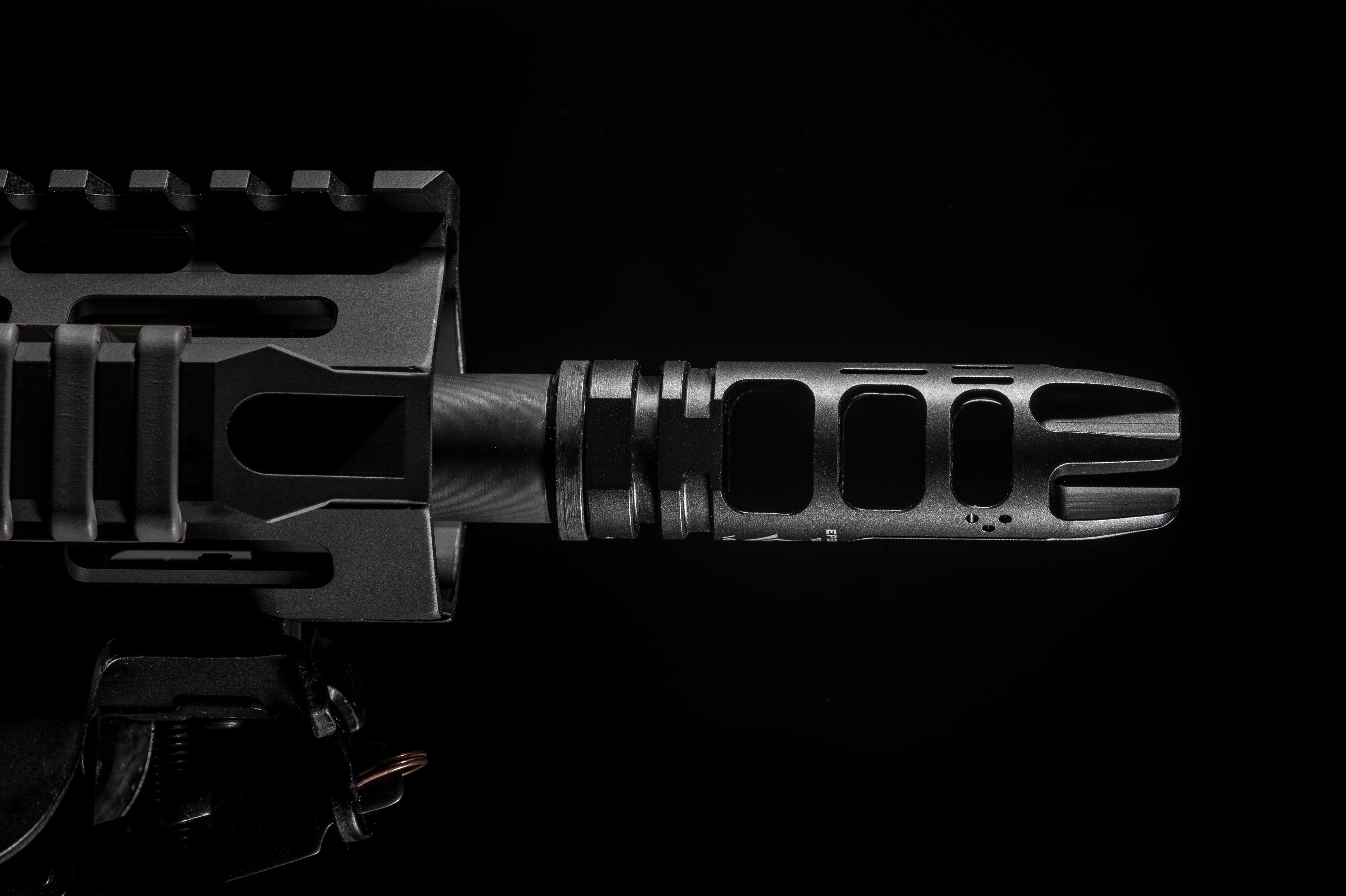 VG6 Precision is proud to announce the launch of the new EPSILON 762 muzzle device. Compatible with most common .30 caliber chambered rifles, this hybrid device features both recoil compensation and flash signature mitigation in one package.

With a continued focus on improved recoil control, the EPSILON 762 features a new enhanced chamber design that improves gas flow and felt recoil measurably over previous versions. VG6 also focused on saving weight during the design process by including aggressively cut channels along the length of the device.

Following the success of the GAMMA 762, the EPSILON 762 provides an additional offering with distinguishable features for the growing M5/AR10/.308 platform.

The EPSILON 762 retails for $94.99 and is available in Black Nitride and Bead Blasted Stainless Steel finishes.

The Epsilon is arguably the most distinctive design VG6 Precision produces with both flash hiding and recoil mitigating properties in its futuristic aesthetic. It’s only detracting factor was a lack of a 7.62 option for those of us who love our .30 Cals. 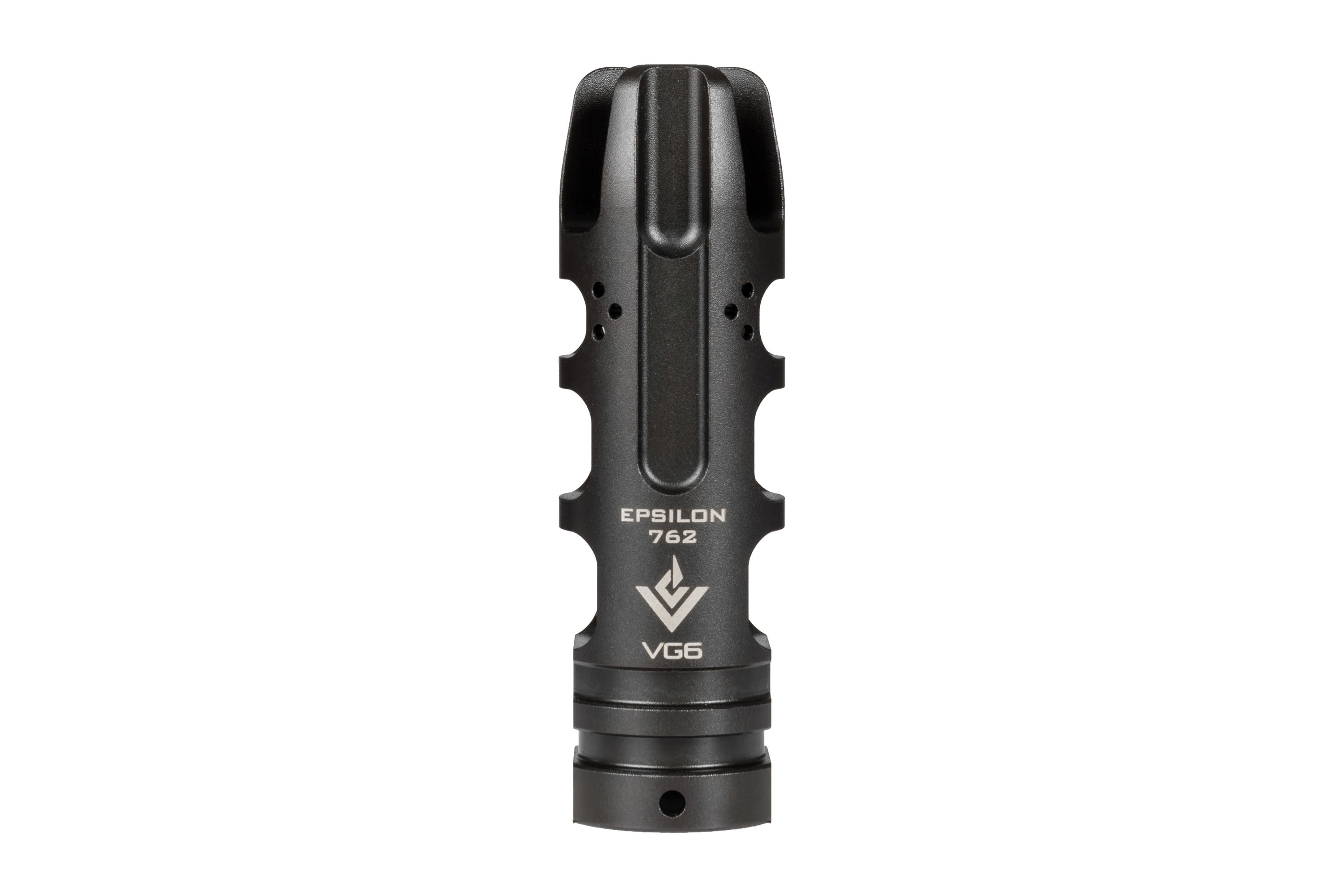 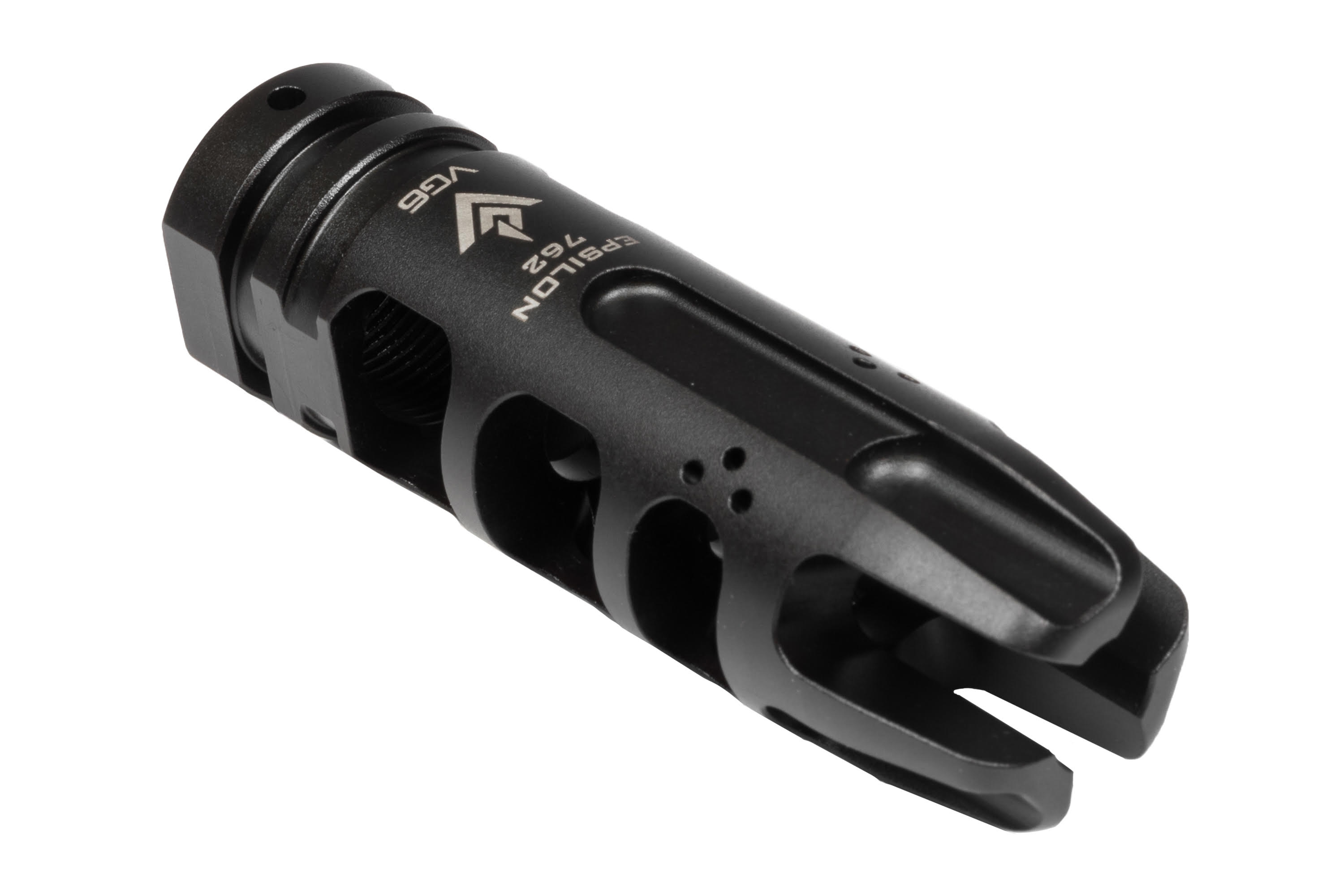 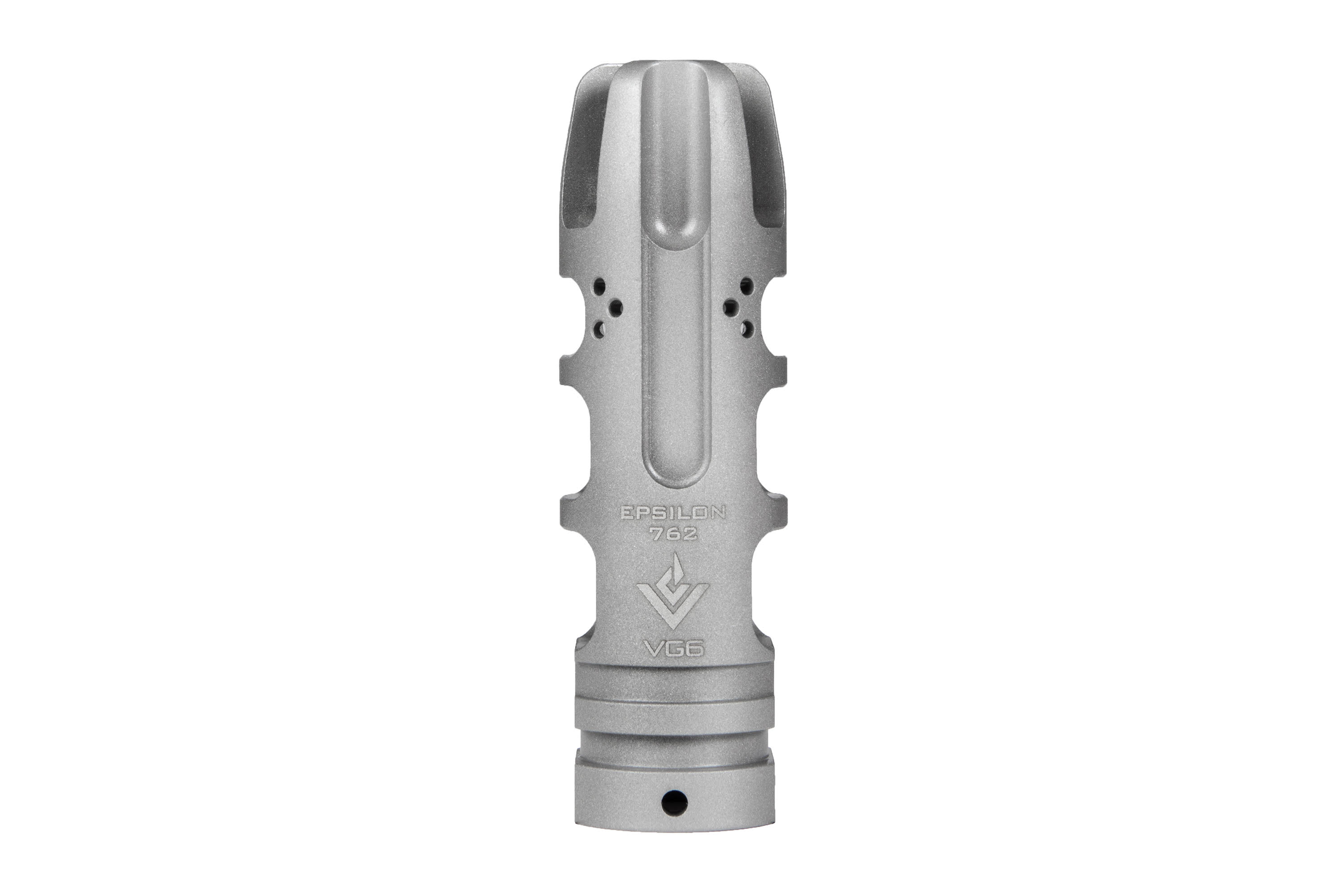 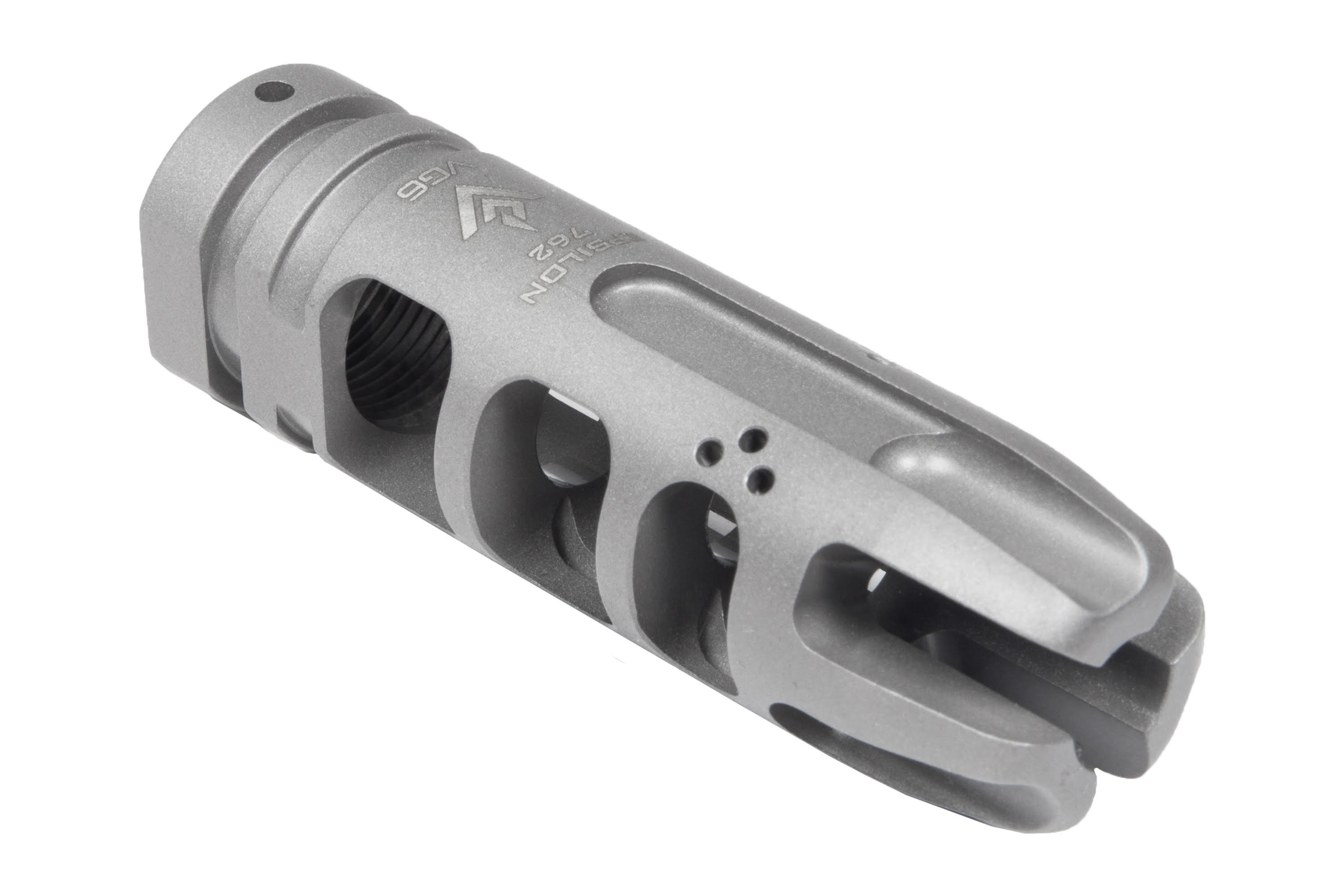 With a three prong front and a 3 chamber baffle system the Epsilon continues to blend the form and function seamlessly into the 7.62. My order is in already.