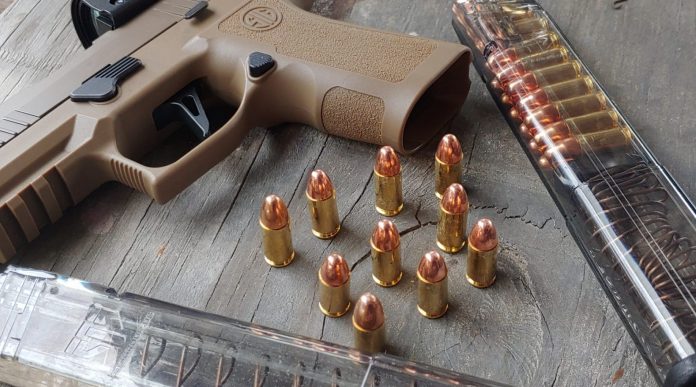 Elite Tactical Systems, or ETS, is well known for the wide variety of transparent and multicolored magazines they produce. They started with magazines for Glocks and ARs and have expanded to the CZ Scorpion, MP5, and now SIG, HK, and S&W handguns. In a matter of just a few months, I purchased two weapons that utilize P320 magazines, so I needed mags. Specifically, I was looking for extended magazines for my Banshee Mk17, and the ETS P320 magazines seemed like a good candidate. Plus, I couldn’t find any reviews online, and I occupied a space where I could write one.

I’ve used the ETS AR, CZ Scorpion, and Glock magazines, as well as their magazine loaders. I’ve always had good experiences with ETS products. I understand their Glock magazines had some growing pains, but I’ve used the same three for years now without issue. So I hastily ordered some ETS P320 magazines and soon found they weren’t going to work for my two guns. The ETS P320 magazines would not fit into the metal magwells of the Banshee Mk17 and P320 AXG.

My ETS P320 Magazine Testing Ended Before It Began

Yep, the magwells are too tight, or the ETS P320 magazines are too fat. My test was almost over before it began. Then I got my hands on an old show demo X series polymer frame for a few bucks, and it took no time at all to move the FCU and slide from the P320 AGX to the X series grip. To be fair, I can’t be too mad at ETS. They made these for a standard P320, not a Banshee Mk17 or the fancy alloy frame P320.

Back in the day, a lot of people warned me away from the ETS Glock magazines. People said don’t drop them! They will unload like an angry Colt SMG magazine! Yet I never experienced that particular failure with the Glock, Scorpion, and AR magazines, but figured it was a good place to started.

There isn’t much you can do to realistically torture a magazine. You can drop it, toss it, and replicate impacts, and that’s about it. So that’s what I planned to do. I’d commit to a series of different drops, short tosses, and impacts to the magazine. The magazine would be filled to capacity. I’d drop it, impact it, and toss it six times. Between tests I’ll fire ten rounds to see if it still feeds. If it does, I’ll reload the magazine and move on to the next phase.

I loaded it to full capacity and dropped it over and over again. I started by loading the ETS P320 magazines into my P320 and held them in a standard firing position. This height represents a realistic situation. Throwing it off a ladder would be fun, but that’s not super realistic. I hit the magazine release, and nothing happened.

I sat puzzled because the empty ETS P320 magazines ejected and dropped free without issue. However, when loaded, they created significant friction in the gun. Hitting the magazine release button did nothing on a full magazine. In fact, shaking it up and down and trying to free it did nothing. I had to grip and rip the magazine out of the gun to remove it. The mag was jammed in there rather tightly. 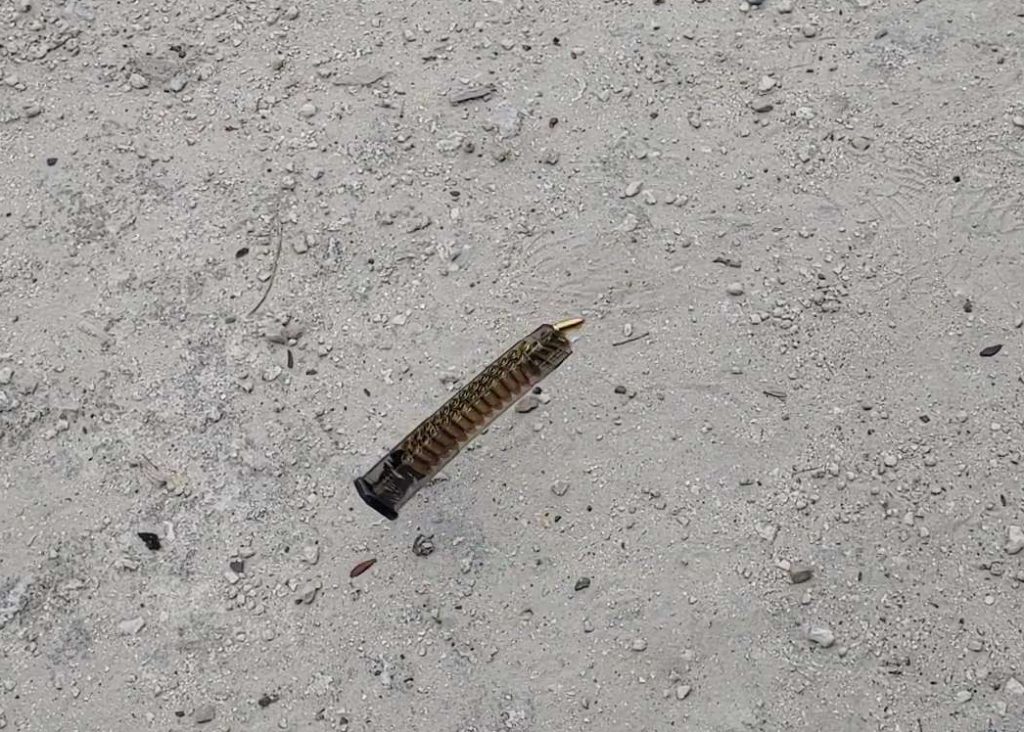 I ditched the P320 and just made a fist around the magazine and just dropped it from shoulder height. The surface below was hard limestone, and I figured it was a fair surface to test the magazine. I dropped it six times, and each time the magazine ejected one round. I test-fired ten rounds from the gun and had no issues.

Next, I did six impact tests against a cinder block. I simply dropped it twice on the front, twice on the sides, and twice on the bottom. Predictably it ejected around at each drop but never unloaded itself. After six drops, I went back to the range. 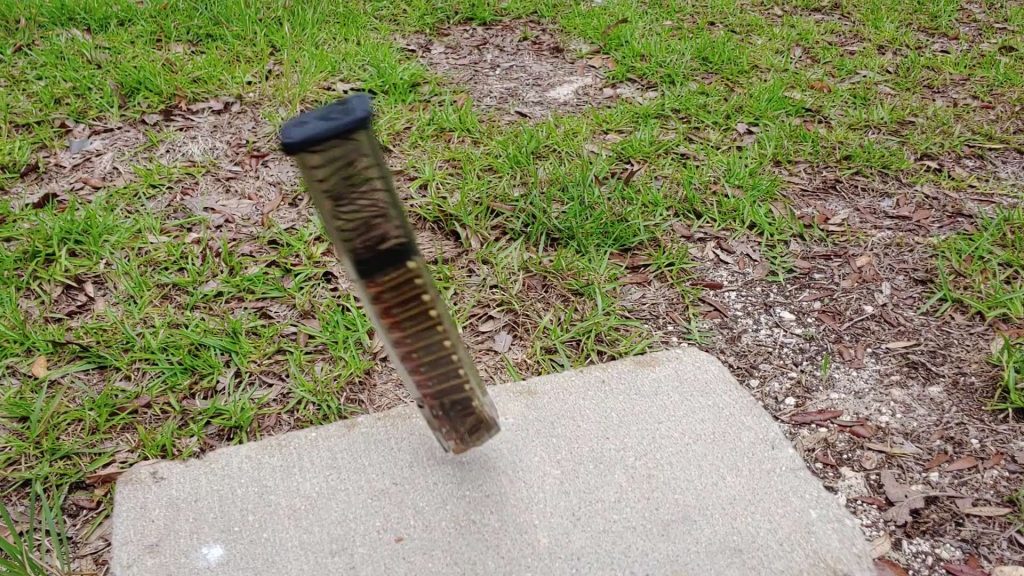 Good thing I ordered two, right? I attempted to load the second ETS P320 magazine, and it would not load more than 21 rounds. Keep in mind this magazine is brand new and has not been fired or even loaded yet. With 21 rounds loaded, I went back to impact testing. I did the six impact drops, and not surprisingly, I got a very similar result. The ETS P320 magazine follower stuck in the down position, but I could free it with a sharp hit to the bottom of the magazine.

At this point, I called the test.

Not So Good To Go

The ETS P320 magazines have not lived up to the reputation I expected from previous experiences. I think the problem comes from ETS trying to replace metal magazines with polymer magazines. Glock, CZ, and AR magazines have long proven capable of being made from mostly polymer, but the P320 utilizes a metal magazine.

That might explain the tight fit, friction, and failure to drop free. Sadly I cannot recommend the ETS P320 magazines at this point, but I do hope ETS will sort out some of these issues, and I can get some cheap extendos for my Banshee Mk17. Until then, I’d stick to SIG factory magazines.