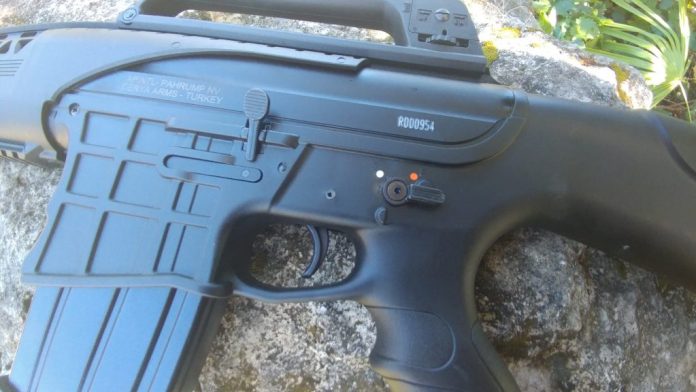 There was a time where a dependable semi-automatic shotgun was quite an expensive thing to own. In what seems like it took decades the reliability of the semi-auto shotgun has improved greatly, and the price itself has dropped significantly. These days you can purchase something like the Rock Island Armory VR60 for a very affordable price and get a surprisingly robust and reliable semi-auto shotgun. The Rock Island Armory VR60 is certainly a unique shotgun in its own right.

The gun is clearly modeled after the famed AR series of rifles and features a very similar layout with incredibly familiar controls. The gun mimics the AR where possible, down to the carry handle style rear sight. The safety is very AR like, as is the mag and bolt release. The biggest non-AR like control would be the right-side charging handle. The “lower and upper” of the gun are anything but, and aren’t like any standard or even 80 lower you’d see on the market. 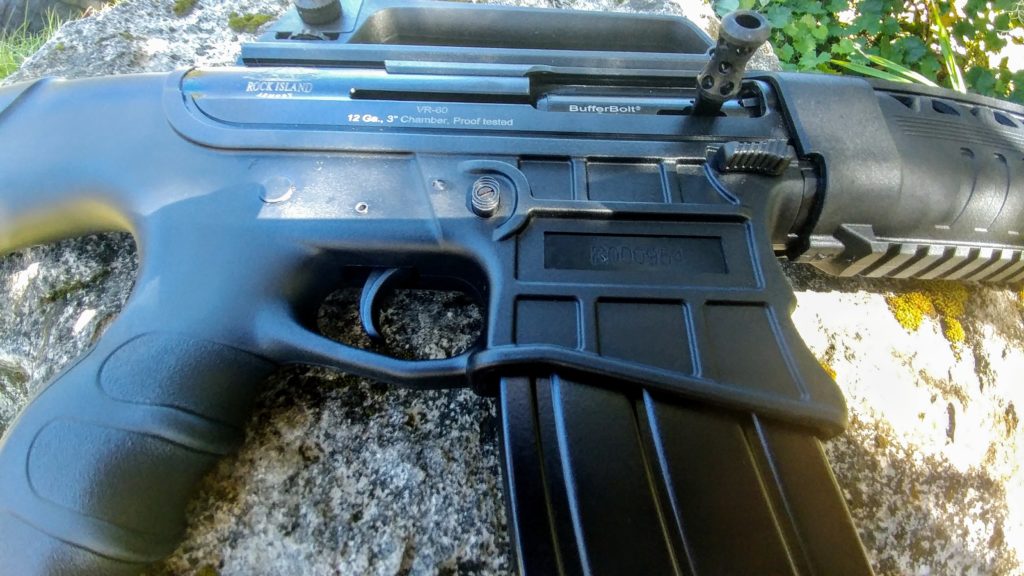 The gun is covered in a healthy amount of Picatinny rails and this does mimic the AR pretty well these days. Lots of room for optics, flashlights, and other fun accessories.

The Rock Island Armory VR60 is a magazine fed shotgun and it includes two 5 round magazines. A company called Advanced Tactical sells a 9 rounder for the gun. The 5 round magazines are easy to find though. The magazines are made from metal and feed straight into the gun, not AK like rocking and rolling.

The Rock Island Armory VR60 comes with three chokes, for a modified, improved, and cylinder bore. You also get a solid little choke wrench. I don’t see the VR60 being a popular option for hunting, but at the end of the day it is still a shotgun so I guess it could get the job done. The rear and front sight are remarkably adjustable, more so than any shotgun without a slug barrel needs to be. Sighting in your pattern is simple, and the sights are nice and robust. 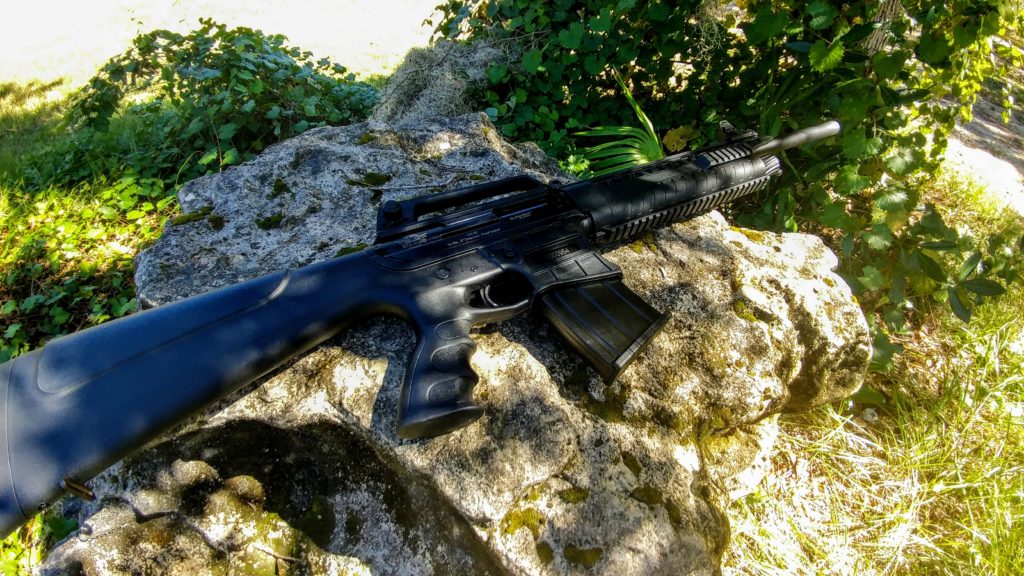 My only complaint with the sights is the comb on the stock feels somewhat high and it’s hard to get low and get a good solid sight picture. You really got to press your face down to use the iron sights.

My second complaint is loading that fifth and last round is a major hassle. The magazine spring is very strong, and the rims of the shells tend to get caught at where the brass starts won the shotshell. You must work a little magic to really get that last round in there. 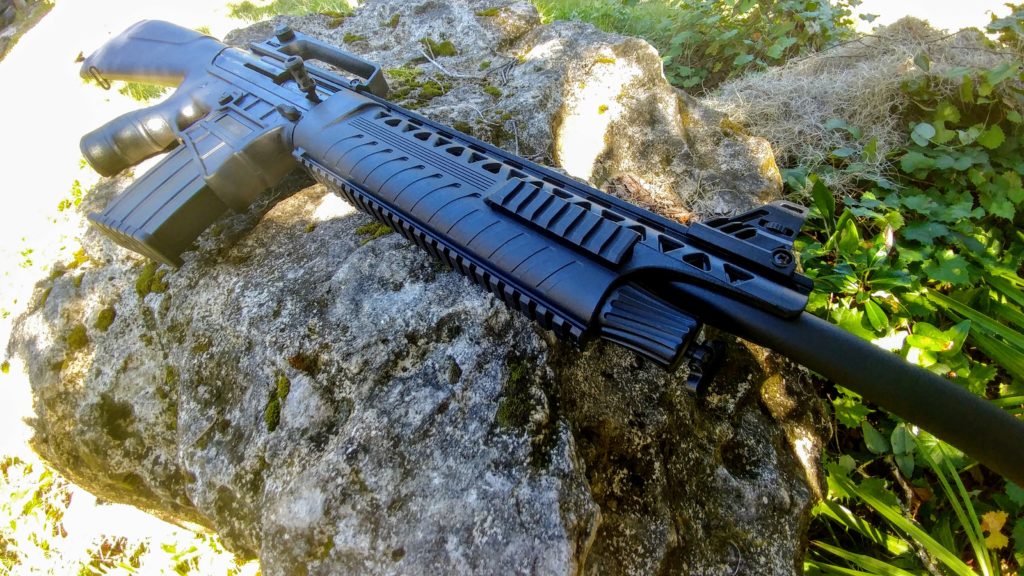 The gun does have a last round bolt hold open which is a nice feature that makes reloading a little faster and easier. To release the bolt simply tug the bolt handle and let it go with a fresh mag in place.

Shooting the Rock Island Armory VR60 is a blast. Maybe it’s just me, but slinging shotshells as fast as I can pull the trigger is just a ton of fun to me. The VR60 is a gas operated gun so overall its very simple in design. The thing with cheap semi-autos is how well will they function with cheap birdshot loads? The question is asked so often because no one wants to go broke plinking with buckshot. 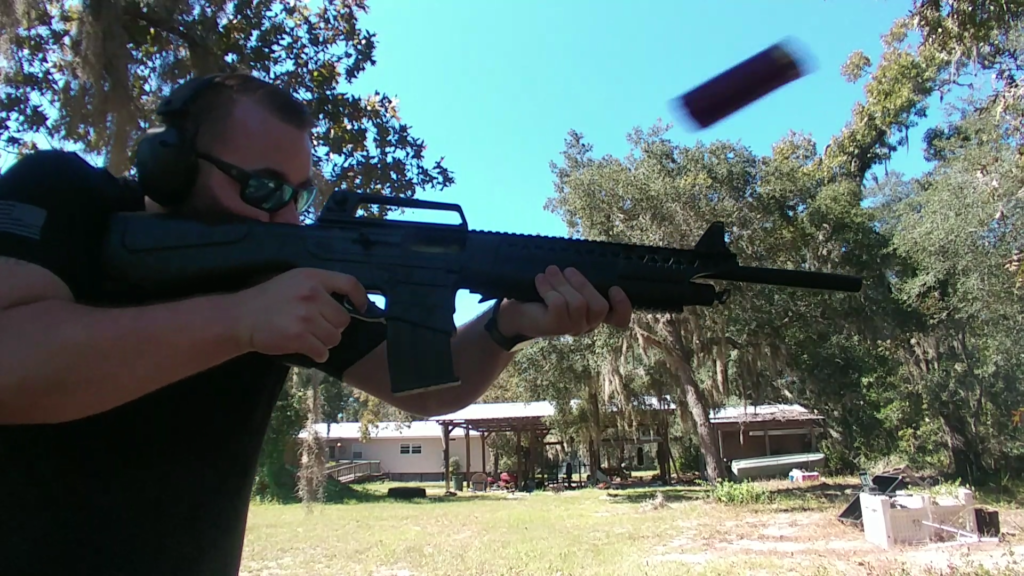 The gun does feel a bit over gassed. I say that because the recoil is a bit more than most of my gas operated shotguns. However, this likely ensures it will work filthy dirty, and with the aforementioned reduced recoil rounds.

Trigger pull isn’t much to brag about, pretty like most shotguns. It’s not a Geissele but it doesn’t need to be. The trigger reset is short, which makes rapid fire a blast. While there is some recoil, muzzle rise isn’t significant to really take you off targets between rounds 1 and 5.

Changing magazines is easy since they shoot straight up, but the bolt really needs to be locked to the rear to fit a fully loaded magazine into place. The magazines don’t drop free when the release is pressed but come out easy with a good shake or a little assistance from the offhand. 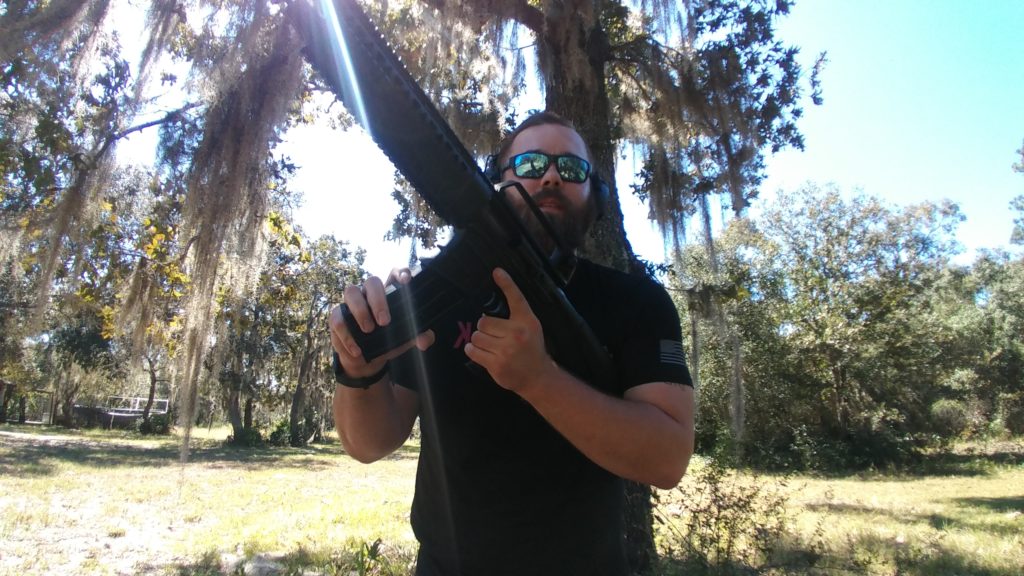 In all my shooting I’ve only run into one malfunction and that was when I was being cute and handling the gun like Arnold in the Predator. On the third round fired from the hip the round failed to eject. Semi-auto shotguns should be braced to a shoulder to fire, and you really shouldn’t expect it to work reliably when you are being a bit of a jackass. 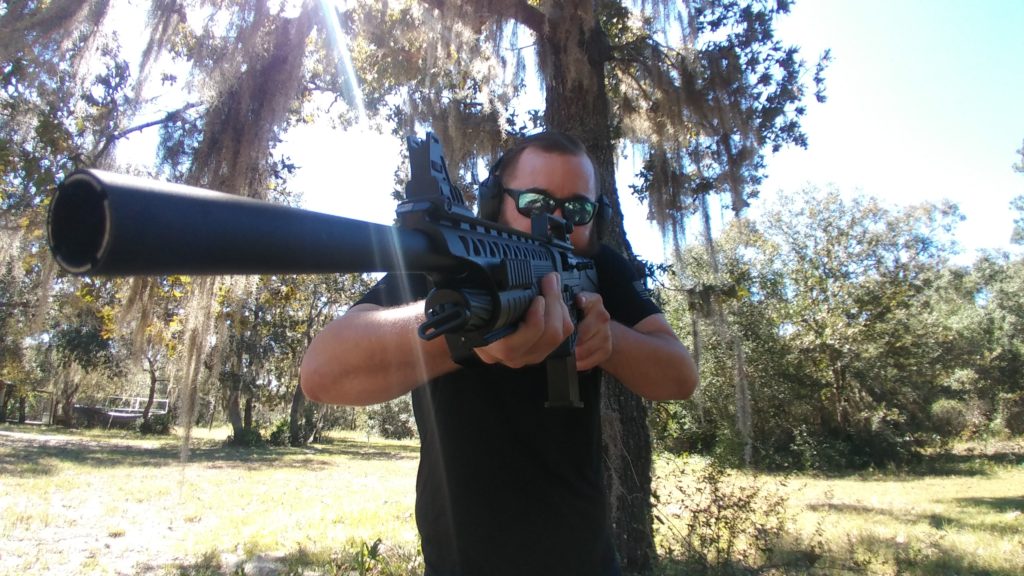 The Rock Island Armory VR60 is a fun gun. It’s low price and reliable action make it a great little gun for those looking to play with a box fed, semi-auto shotgun. While it’s far from traditional with the right choke and load you can easily make this into a fun little hunting shotgun for game both big and small. The Rock Island Armory VR60 is an affordable and fun option for those looking for something a little different. A