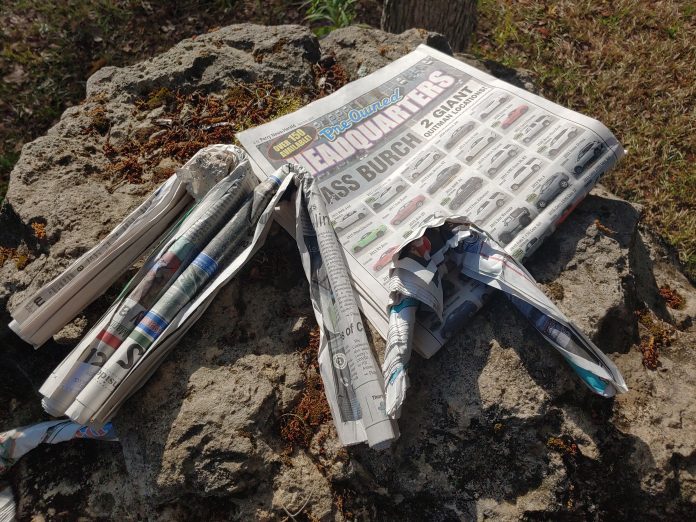 Improvised weapons are, without a doubt, one of my favorite subjects. If you’re stuck in a situation where you’re unarmed, and you see a violent situation developing, you likely don’t want to remain unarmed. Today we are going to talk about how to build a weapon out of nothing more than a newspaper and a violent mindset. The weapon is known as a Millwall brick, and it’s a simple but effective stand-in for the ole fisticuffs.

History of the Millwall Brick

The Millwall brick gained its name from the fans of the Millwall Football Club. Specifically, the hooligans who liked to brawl during the football matches. As you’d imagine, anyone who likes to fight likes weapons. Well, after a few stabbings, concussions, and general hooliganery, the police began confiscating weapons and dang near anything that could be used as a weapon.

Hooligans had that prisoner mindset and began making weapons from everything. Police didn’t confiscate newspapers, and those hardcore soccer fans found a way to produce a weapon. It became known as the Millwall brick, and it’s the subject of today’s improvised weapon lesson.

How To Make the Millwall Brick

Making the Millwall Brick is easy. All you need really need is a newspaper for the most basic version. There are two ways to produce the brick. One is a basic side-to-side fold, and the other is a diagonal fold. There are strengths and weaknesses to both designs. 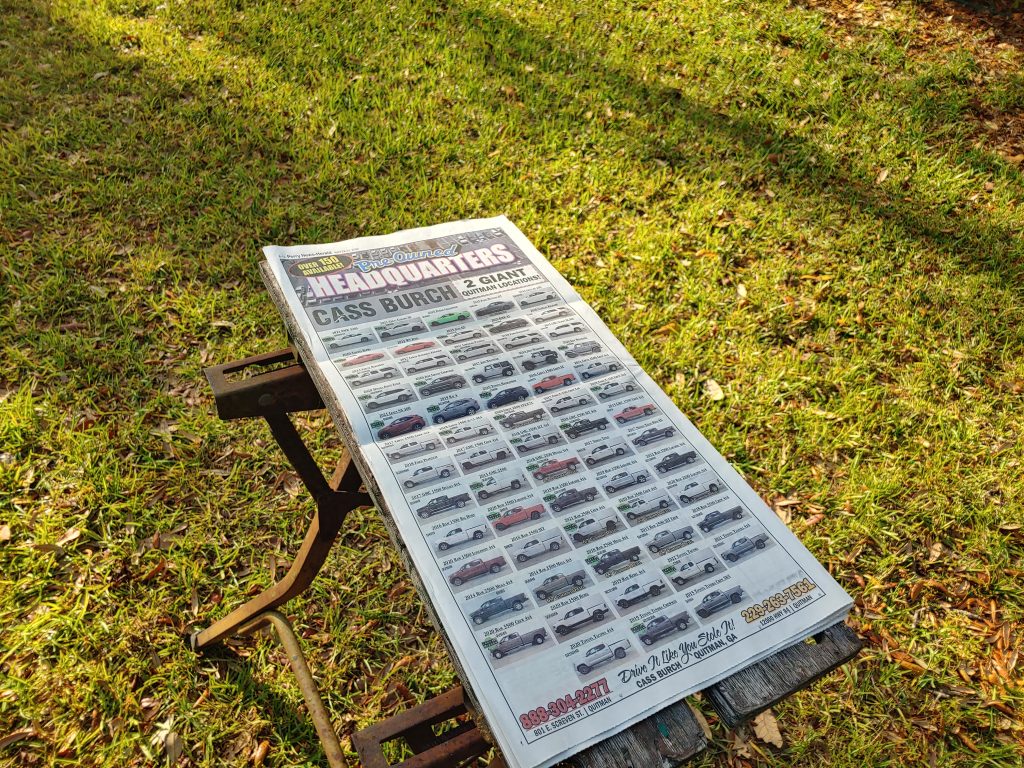 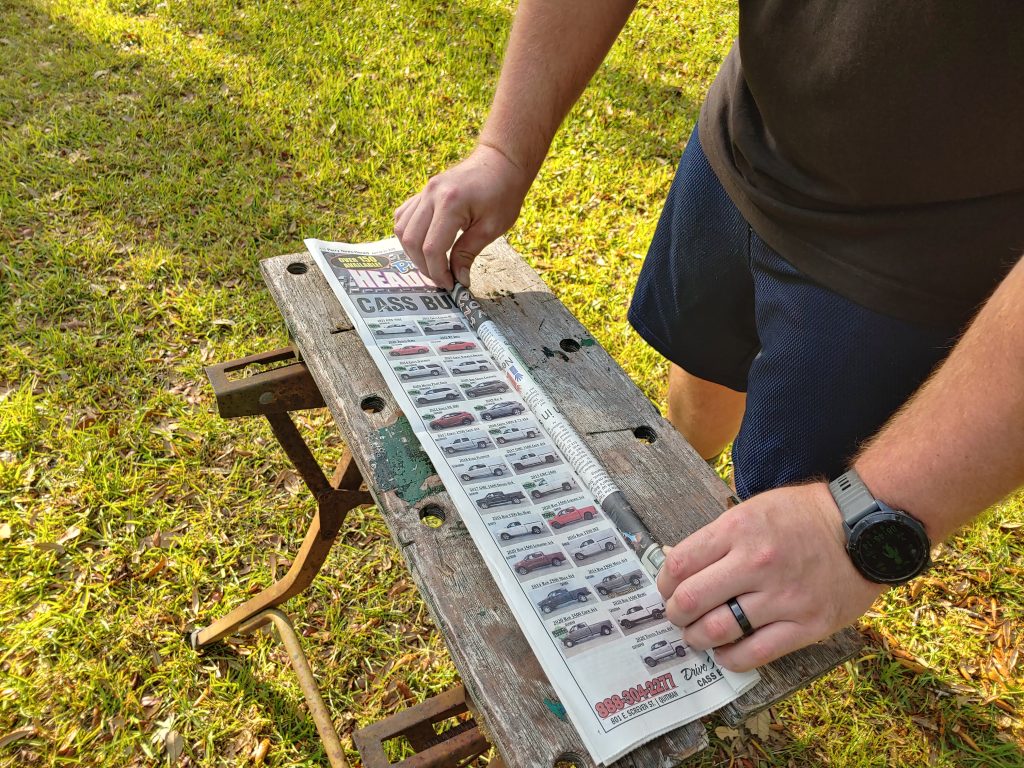 The advantage of this fold style is its range. The brick is a bit longer and gives you more reach when you strike a threat. 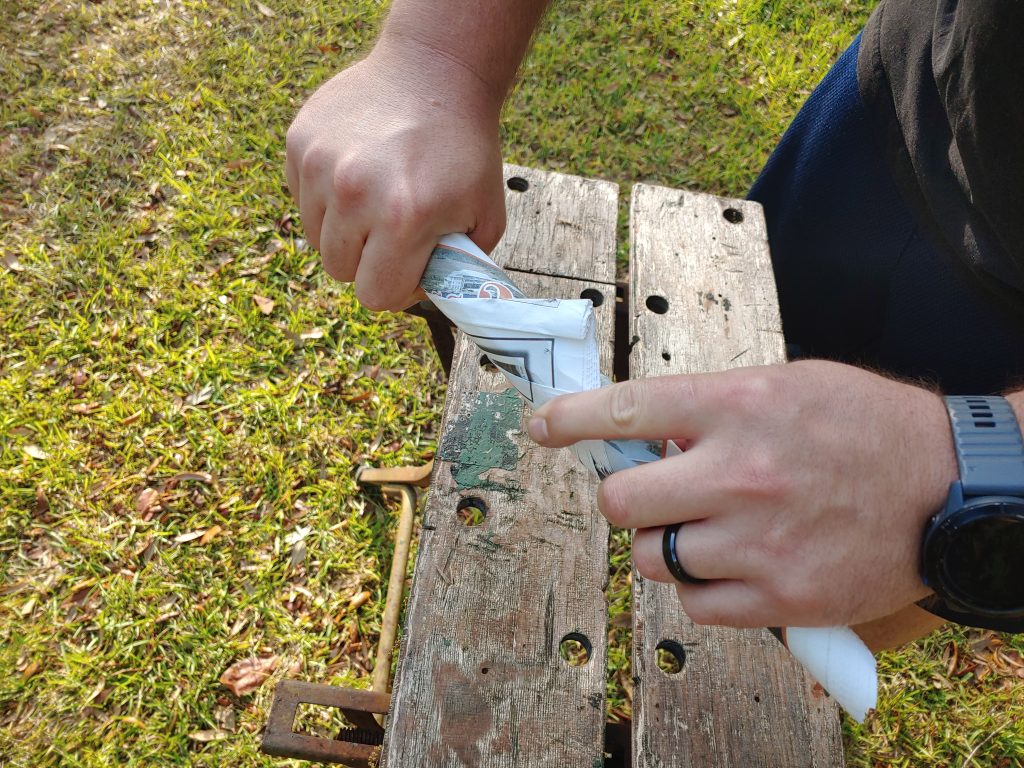 It’s more baton than a cudgel. It’s also faster and easier to fold. The only downside is that it’s less dense than the diagonal option. 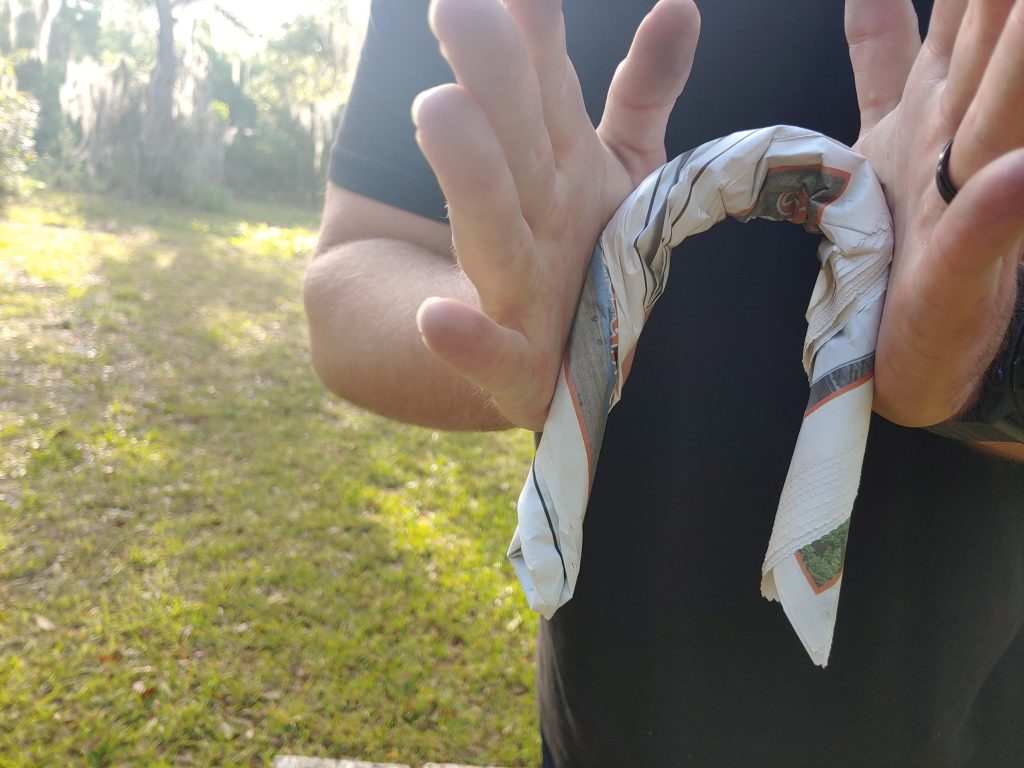 Folding the Millwall brick diagonally is slower and tougher to keep tight. 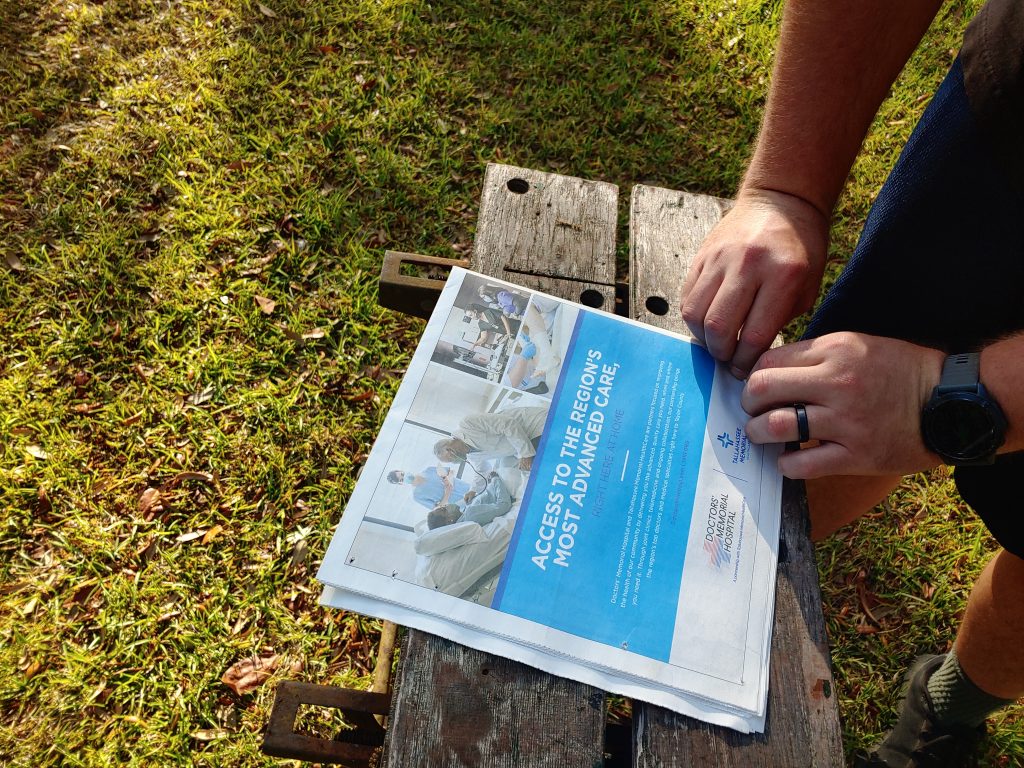 Still, tightness matters, and folding diagonally can be a little more challenging. Once folded diagonally, you bend the brick in half. 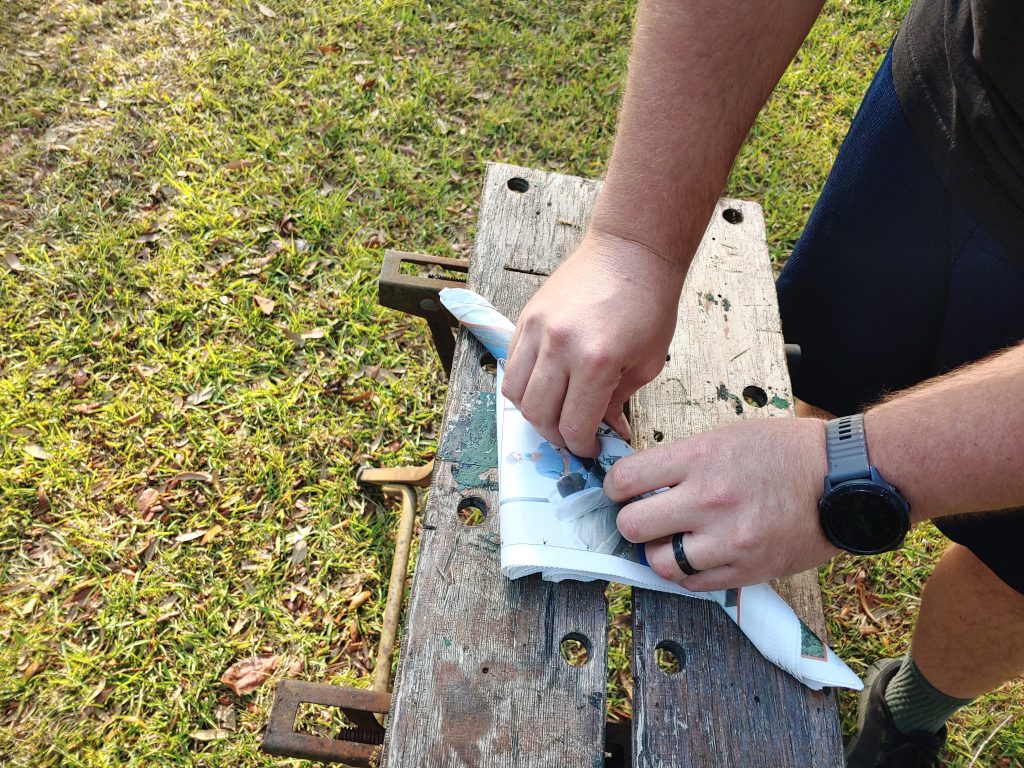 It’s a fair bit tougher to fold the brick in half when folded diagonally. The end result and the main benefit of this fold is density. 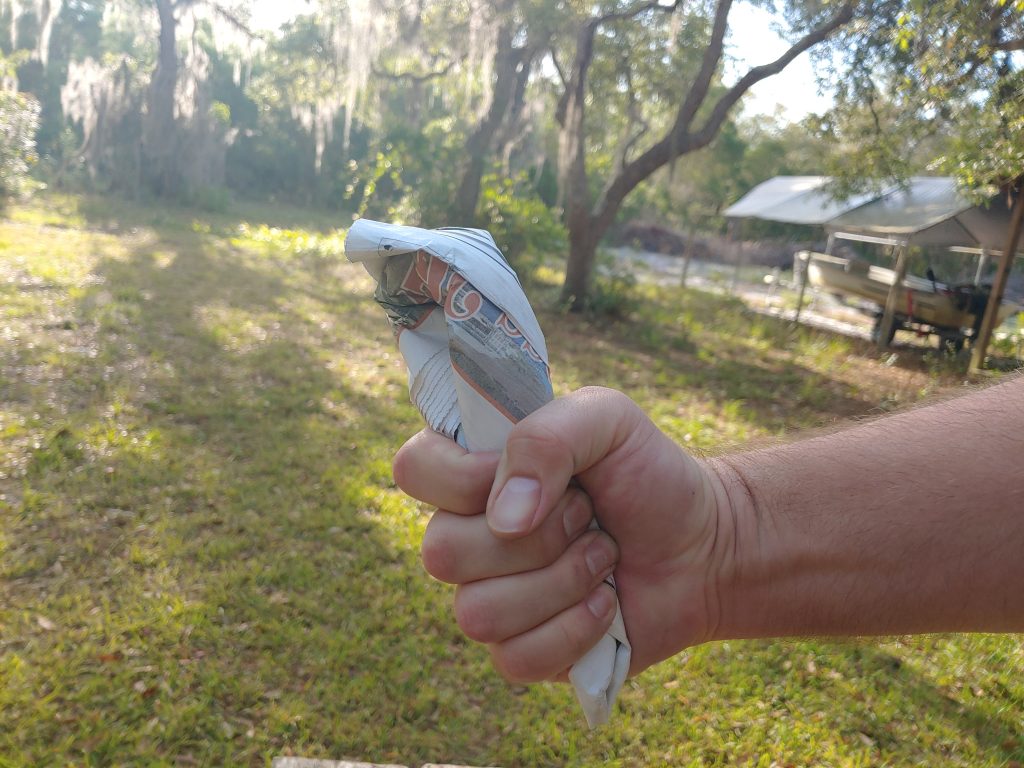 The denser Millwall Birck hits harder and the lack of range. The shorter, thicker, and denser weapon hits. It also tends to form a slightly sharper edge that breaks the skin as it hits.

The Millwall Brick can be used in two different ways. The first is like a baton with the edge facing outwards. This works best with the longer weapon. However, with the shorter weapon, you have an improvised sap. 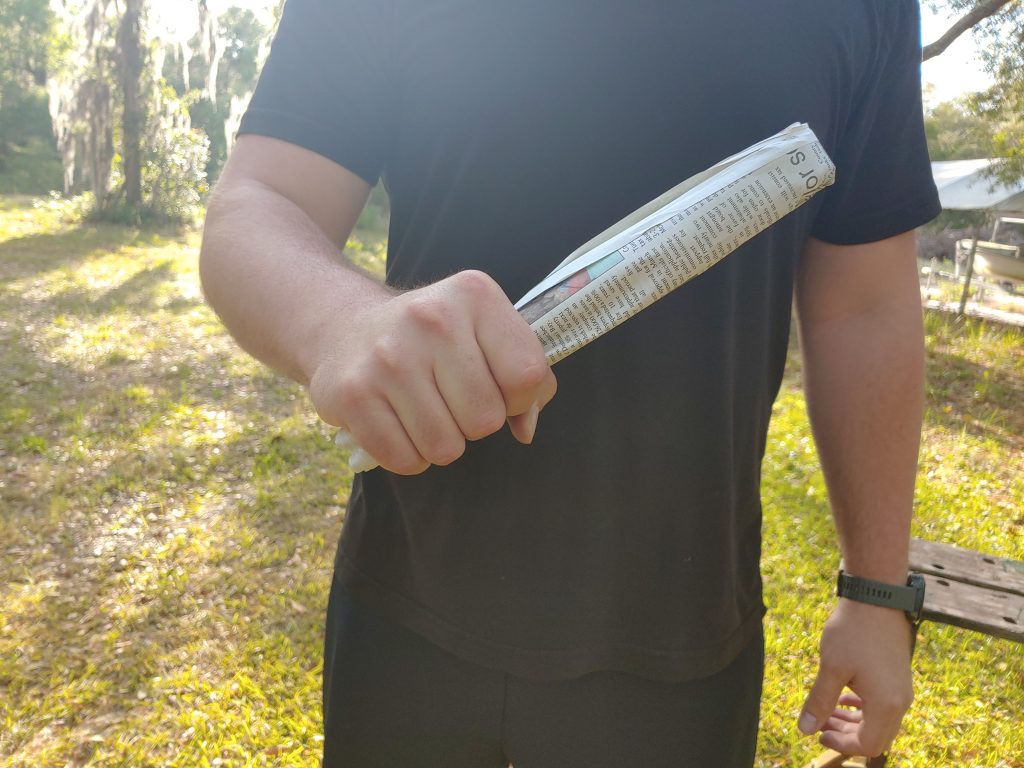 The second method is in an ice pick-like grip. This allows you to bring the brick downward and strike with an overhand technique. This works best with the shorter, diagonally rolled weapon. It works better at closed ranges.

How To Make the Brick Better

The Millwall brick by itself is brutal enough when formed correctly. However, it can always be better. There are a few ways to make the tool a bit more punchy. 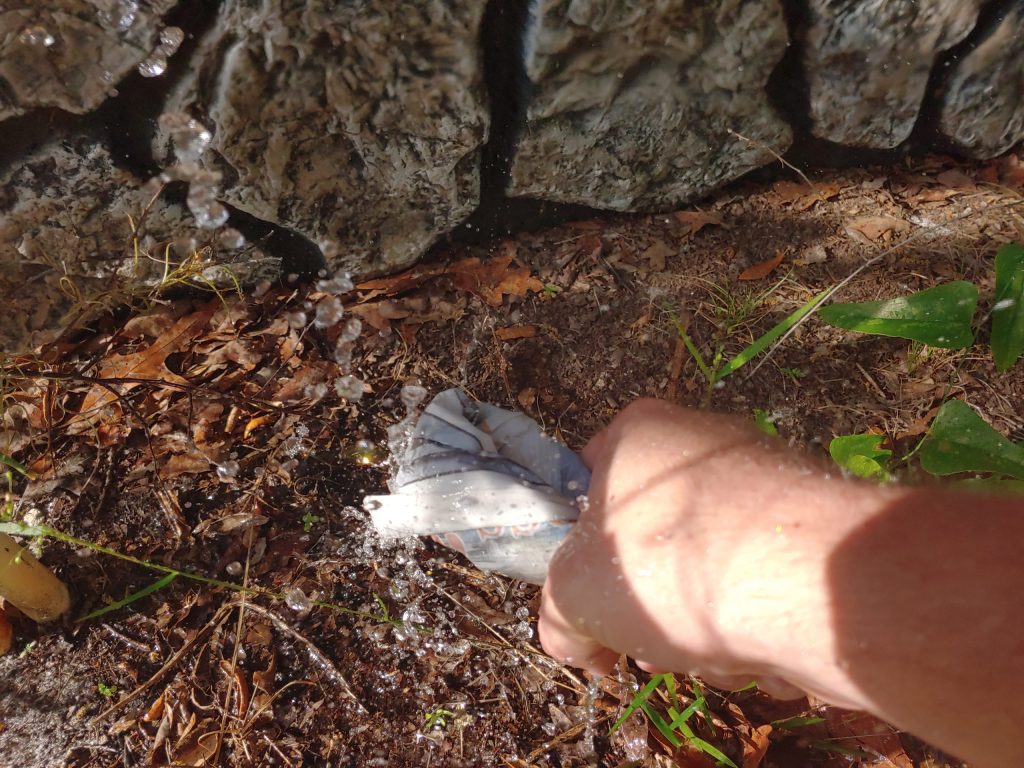 The simplest is to just add water. Get the paper wet. This provides more weight, and more weight provides more force. Water or liquid is available almost everywhere, and heck, you can even pee on it if you really want to get serious (or are a Kel-Tec ad aficionado). 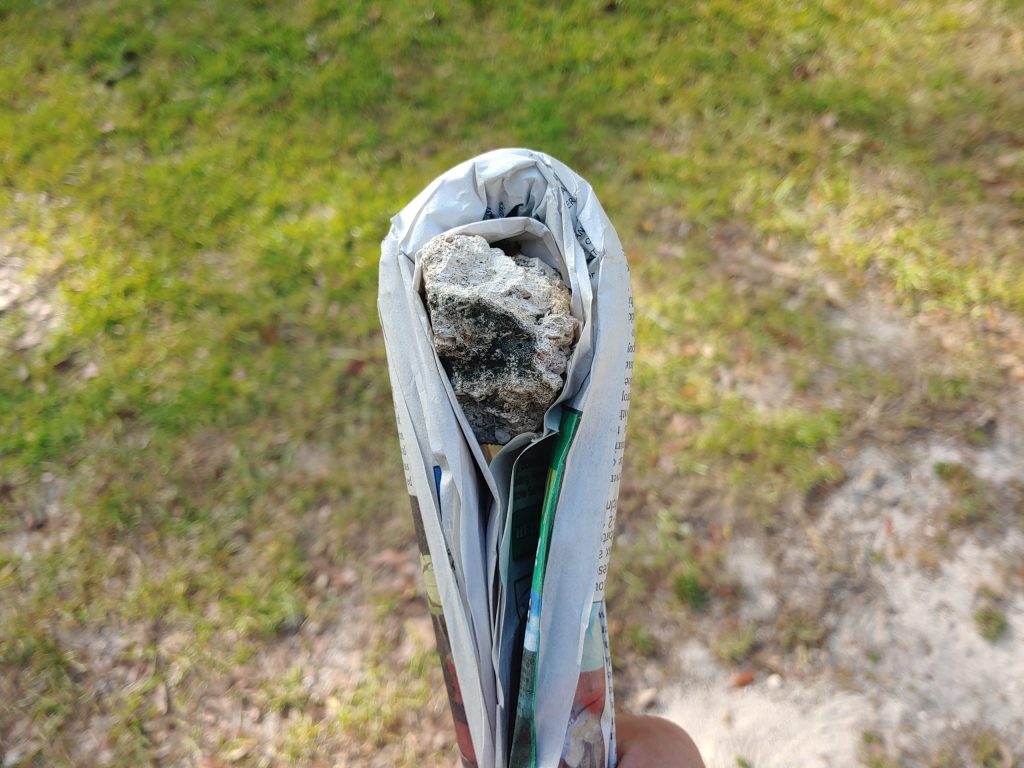 A second method is to add weight to the weapon. You can roll in coins to add a little weight or add something heavy or sharp to it. After the Millwall brick is folded in half, you can add something weighty between the two sides. I added a large rock, but you could add an office stapler, a can of soda, or anything else to give the tool some heft. 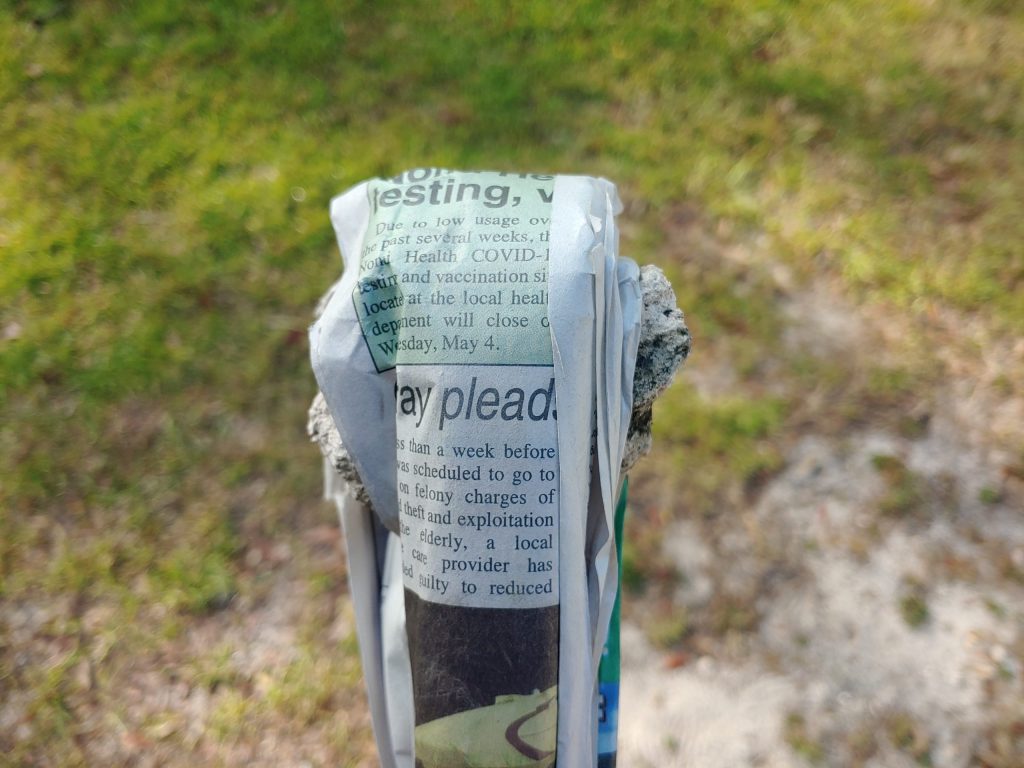 When you add weight, strike with the newspaper face. If you strike with the face of the added weight, it will likely fly out the other side. If office tape is available, you can add a layer close to the top of the weapon to better retain the weight.

How effective can newspapers be when rolled up?

Well, I rolled one up with the diagonal method and handed it to my 110-pound petite wife. She has no combative skills or fight training. I asked her to hit me in the arm as hard as she could. She did, and it deadened my arm pretty freaking good. The pain radiated from my bicep into my elbow, and my arm was stunned. 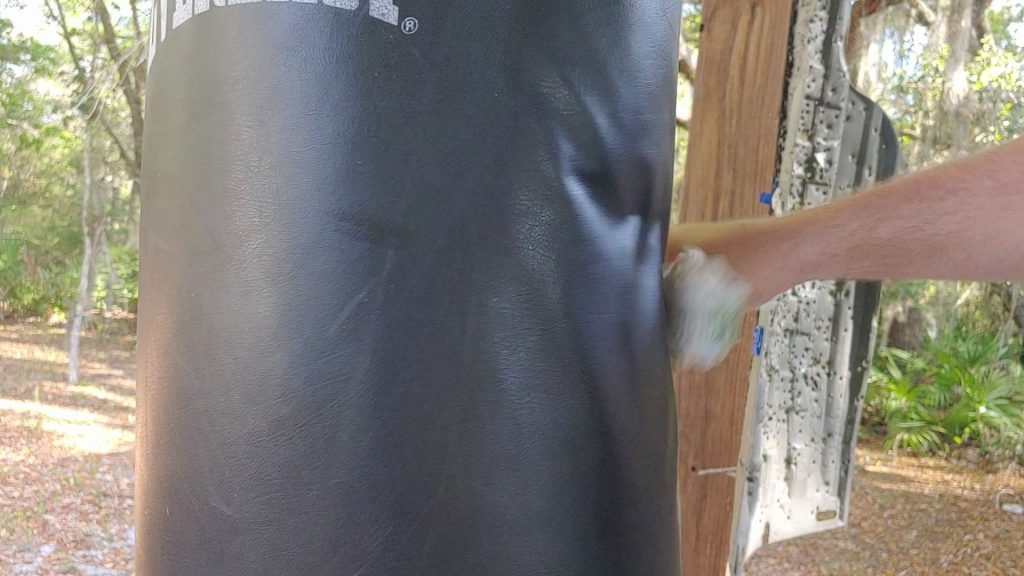 She didn’t even swing with her hips or rotate to put much force behind it. Still, it stung and stung for several minutes, with pain radiating in waves. I’m confident in saying the Millwall brick would ruin your day pretty quickly.

Knowledge weighs nothing, so having the skills to make weapons when none are near can be quite handy. Here’s one more tool you can add to your toolbox.