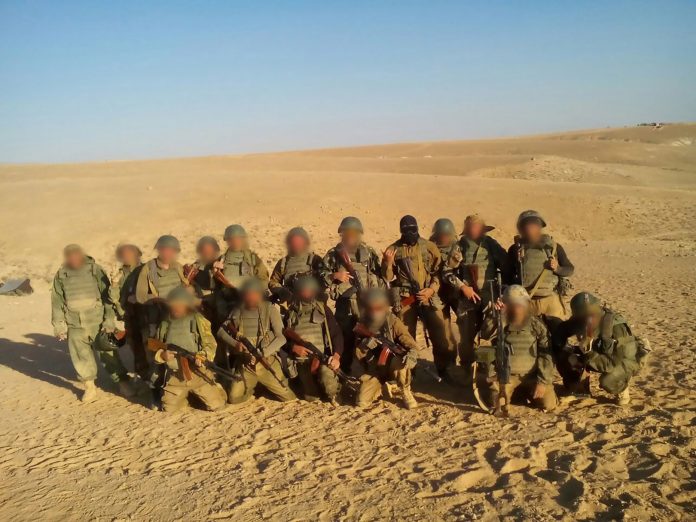 You might have heard the name Wagner Group pop up quite a bit these days. With the Russia/Ukraine situation degrading, we’ve heard more about Wagner Group. Wagner Group is a Russian Private Military Company, although PMCs are illegal in Russia. They’ve been accused of war crimes in Syria and Africa, and the scuttlebutt is that they are an unofficial part of the Russian military.

The Wagner Group is shaded in mystery, and they’ve become the Kleenex of Russian Mercenaries. Several Russian PMCs seem to be operating worldwide, including in other African hotspots and in Venezuela, who may or may not be connected to Wagner Group. Today we aren’t examining the full history or shady nature of these mercenaries, but we will examine the gear and guns of Wagner Group.

Not surprisingly, the most popular firearms among the Wagner Group are Russian pattern small arms. There seems to be an assortment of Russian small arms in the hands of these mercenaries. We first saw them operating in Syria. (Off-topic, they got their asses handed to them by an American Special Forces ODA.) 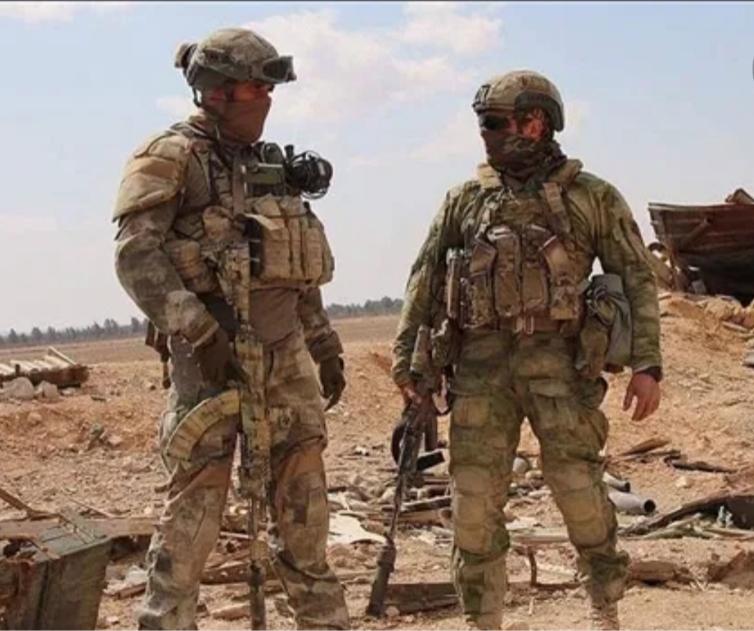 They seem to wield the last generation of Russian small arms in Syria. The few photos we have show the men of Wagner wielding both AKM rifles and classic AK-74 designs. These 7.62×39 and 5.45x39mm rifles served as the backbone of the Russian military forces for decades. To this day, they are still found in the hands of police and reserve units.

The AK-74 series also seemed to wear the GP-25 and GP-30 under-barrel grenade launchers. These fire 40mm grenades and are a force multiplier for troops on the ground. 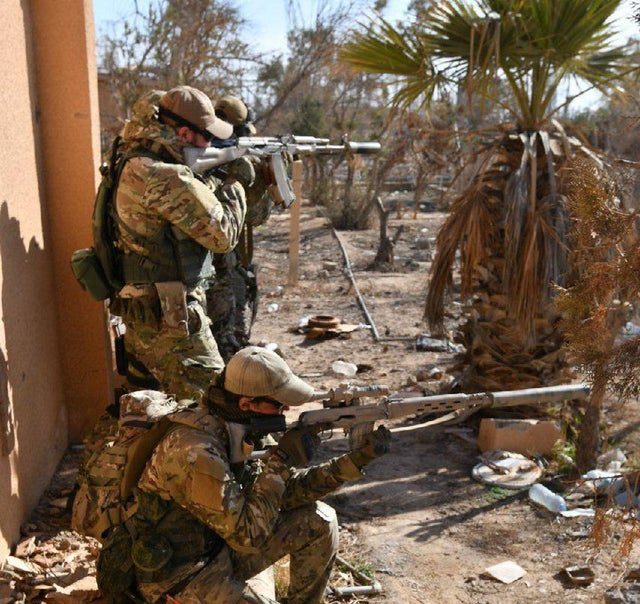 To complement the RPKs, the full-powered, belt-fed, 7.62x54mmR PKM has also been seen. It’s a rugged and reliable machine gun designed by Mikhail Kalashnikov himself. The PKM provides longer-range, more powerful fire support with the sustained fire of a belt-fed weapon.

For designated marksmen, the SVD Dragunov provides 600 meters of accurate fire. This semi-auto, fully-powered 7.62x54mmR rifle gives the squad more range and effective precision fires. The SVD comes in a few configurations, and at least one photo displays what appears to be an integrally suppressed variant of the rifle.

The Rusich Group is loosely connected to the Wagner Group. Wagner already had some serious Nazi ties but embraced the Nazi symbolism in full force. The Rusich group popped up in Ukraine and seemed poised to go back. There seems to be a Rusich group fan page that shows pictures and videos from the Rusich group.

Like Wagner, they are armed with Russian small arms. However, according to these Instagram posts, the Rusich guys seem to be carrying the much more modern AK-12 series of rifles. These are Russia’s latest service rifles and come equipped with folding collapsible stocks, an optic’s ready system, enhanced ergonomics, and so much more. These are very modern guns and haven’t even fully armed the Russian military.

Russian Mercenaries from Wagner Group popped up in places like Mali and the Central African Republic representing Russian interests. They’ve also committed a fair number of crimes and deployed mines in civilian areas. You know, criminal stuff. However, the BBC obtained a Samsung tablet left behind.

Check the full article here because it’s fascinating. They found a wish list of some kind on that tablet, including detailing small arms and ammunition requests. This list details a request for 270 AK-103 rifles.

The AK-103 is a modern AK rifle that utilizes the 7.62x39mm and traditional AKM magazines. These mercs also wanted optics and night-vision devices and a tank and 120mm mortars. The AK-103 makes sense in countries where the 7.62x39mm tends to be more prevalent than the more modern 5.45.

Wagner Group Mercs also requested 28,000 rounds of 7.62x39mm ammunition, besides a rather interesting request for 2,000 rounds of 9x54mmR ammunition. The Russians took the 7.62x54mmR and necked the round up to 9mm. This seems to be a popular Russian hunting cartridge, and Saiga produced semi-auto variants, but they don’t seem to be aimed at military use. It’s an interesting round to request.

The weaponry wielded by Wagner has also been outfitted with a variety of modern accessories. This includes night vision optics mounted to rifles, giving the mercenaries an edge in nighttime firefights. Most of the AKs seem to be equipped with various Russian or Eastern European reflex sights. 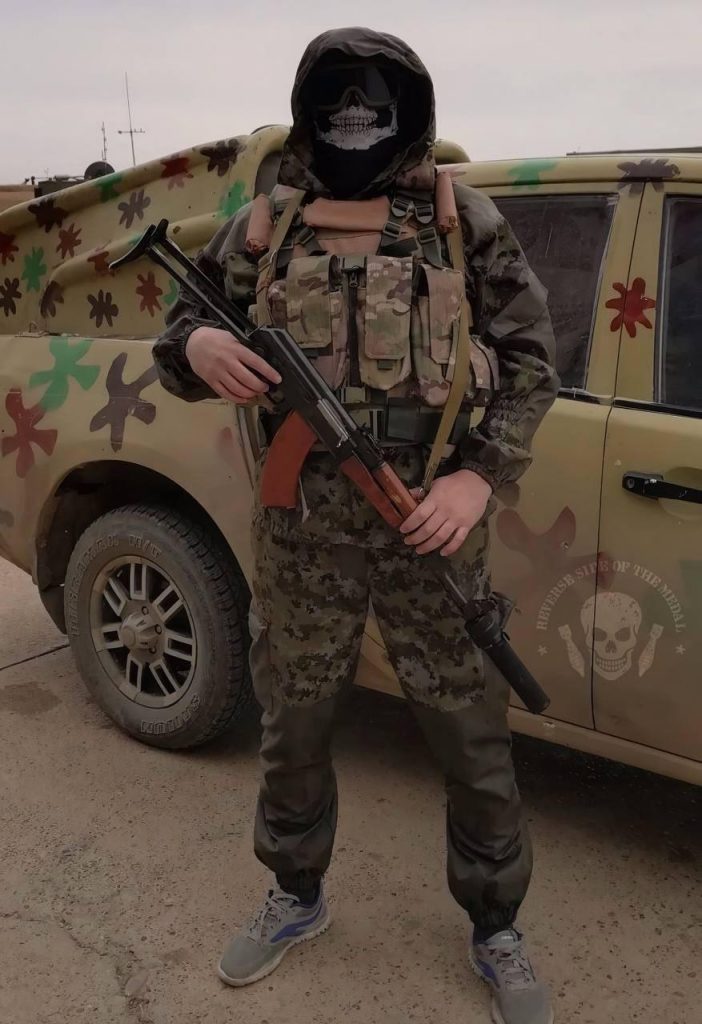 AK’s aren’t the most optic’s friendly of rifles, but it’s far from difficult to equip them. The AK 12s seen with Rusich groups seem to be outfitted with more modern variable optics that grant a greater level of magnification. 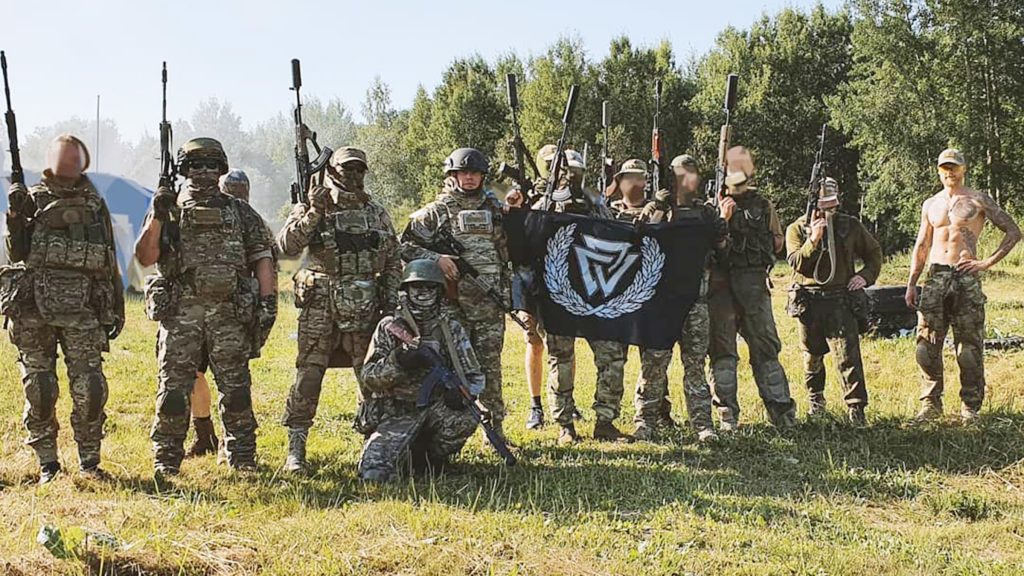 Another frequent accessory is suppressors. Specifically, the Russian produced PBS-1 for 7.62x39mm rifles and the PBS-4 for 5.45 caliber rifles. This grant Wagner Group mercs better command and control and another edge at night fighting. Plus, suppressors make weapons much more controllable, and suppressed fire is golden.

The Wagner Group’s small arms are predictably Russian, but predictability stops there. Most American PMC’s carry assault rifles and even some light support weapons, but not to the level Wagner Group arms up. Grenade launchers, mortars, and a lot of machine guns make them seem more like an infantry squad rather than a Private Military Company. This is a brief look into the arms of Wagner Group and if developments occur in the near future, look forward to an update here.