I love battle belts. It’s really my favorite way to carry gear. I think it’s because I naturally run hot and live in Florida. This combination results in me seeking out the lightest load-bearing gear that’s less likely to wear like a sweater and make me sweat. Minimalist battle belts have become the new hotness, and today I am diving in with the 5.11 Tactical Maverick Battle Belt. This is a fairly new design from 5.11. They throw you a ton of sizes and colors, giving tactical beanpoles a small option and man tanks up to 2Xl. Beyond that, you get all the colors you could want, including Ranger Green, Black, Coyote, and Multicam. Sadly no M81 for our consumption…yet. The belt retails for 145 dollars with the inner and outer belt.

The Maverick – The Most Minimalist Belt

Does it get more minimalist than a 1.75-inch wide belt? Prior to this, the Sentry Gunnar belt leads the minimalist charge, but the Maverick might take that crown. It’s small and also light at about 12 ounces total, and that’s with the Cobra buckle.

For such a small belt, it’s not a big surprise that you don’t get fields of webbing. You get a single row, so this won’t be great for someone rocking a belt-fed. However, for the modern loadout from a rifle or subgun, then you’d be served well by the Maverick. Stacking on pistol mags, a few rifle mags, an IFAK, and some admin gear is just the right amount of stuff to be successful. 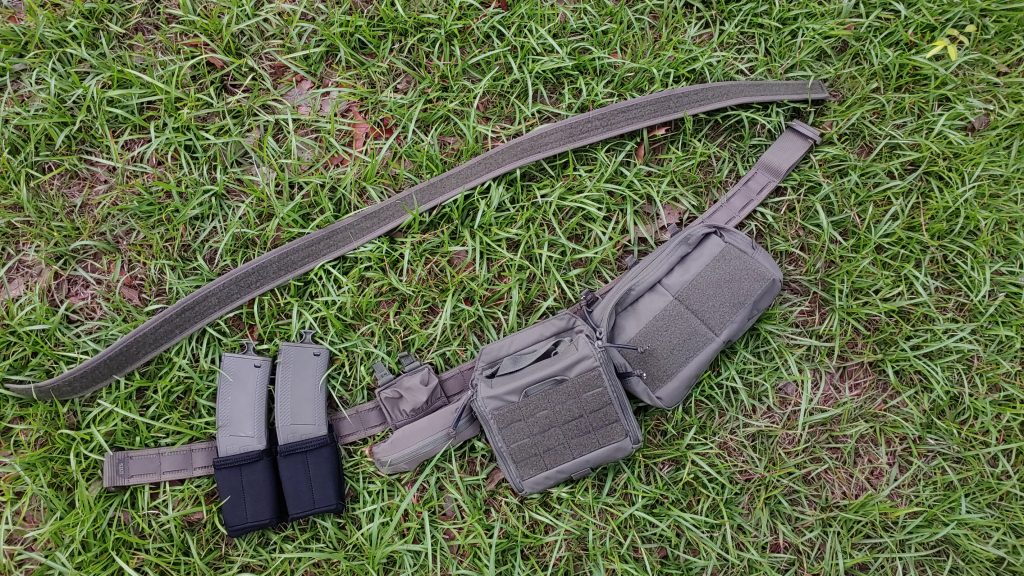 The belt uses an inner and out belt combination. If you’ve never used one, what you have is an inner belt that goes through your belt loops. The outer belt is then wrapped around the inner belt and secured via hook and loop. This provides support and ensures the belt remains in place when moving and grooving.

A stationary belt provides a more comfortable experience as well as ensures all your gear remains in the same spot. This allows that proper muscle memory to take over when things get violent and quick moving. You don’t want your magazine shifted 2 inches when you reach for it.

Getting the Maverick Ready

Sizing the belt is fairly easy, and you typically want a nice tight fit. I squeezed the Maverick on with ease and adjusted it just a little. With the inner belt in place, the outer belt clips on without issue. It’s very stable and honestly a pain to remove. I guess that’s a good thing. 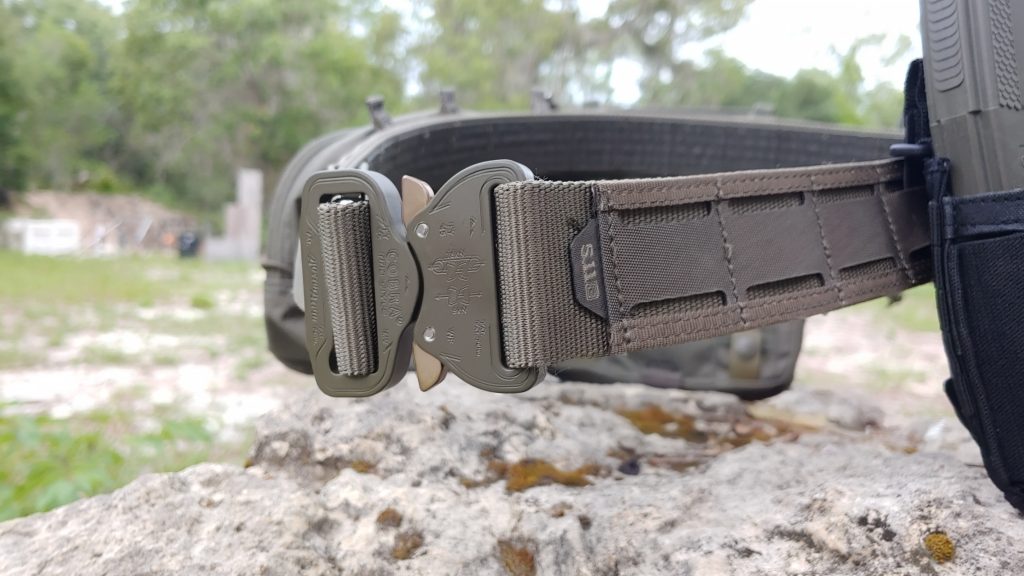 The belt is purposefully stiff, but 5.11 wisely contoured it to wrap around the body. This improves comfort and reduces the bulky, awkward nature of these belts. Most have a break-in period to get that good fit around the waist, but the Maverick does not.

When it comes to attaching pouches, you have to be diligent and make sure you don’t get lazy out on the molle. The 5.11 flex pouches work best with their uber-thin straps. However, MALICE clips, as well as traditional MOLLE, will work but prepared to work those thumbs. 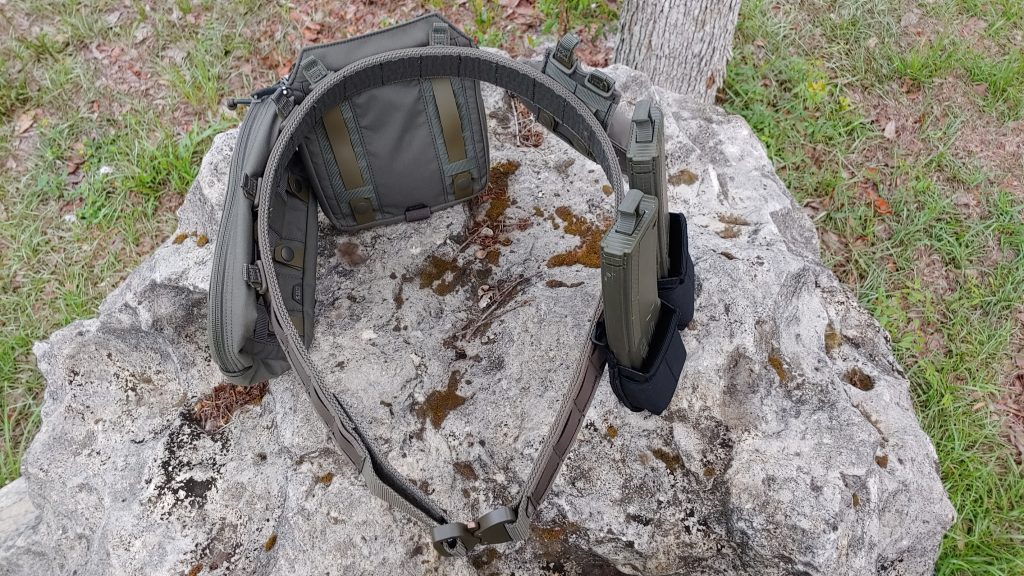 Putting together tactical gear is probably my favorite thing to do while watching TV, so I enjoy this kind of setup and tweaking. Once tweaked just right, I had my minimalist battel belt set up and ready for my AR 15.

With the belt properly set up, I took it out for a little training, both live and dry fire. With the proper outer belt equipped, the belt stays right where I need it to. The belt locks in the pouches and makes them easy to access. The belt doesn’t fight the out belt or shift when I try to draw mags, and the Cobra belt buckle locks it down tight. 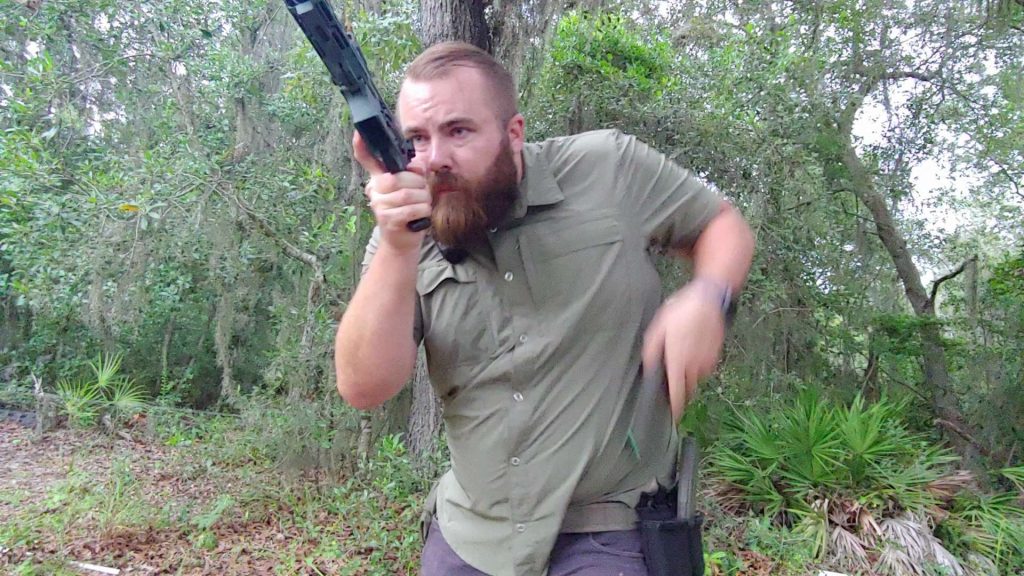 The Maverick belt is incredibly comfy. The compact design makes it easy to bend in all manner of directions, to grab gear, and move up and down different obstacles. The minimalist belt has become such an endearing piece of gear because it allows for such freedom of movement. While I’ve taken the Maverick belt, the more tactical wanna-be sling route, it could serve very well in a variety of tasks, and you could general adventure with it, use it for hikes, wildland firefighting, search and rescue, and any task where you need a belt full of gear to thrive. The Maverick belt from 5.11 offers a versatile battle belt that does a fantastic job of emphasizing small but useful.