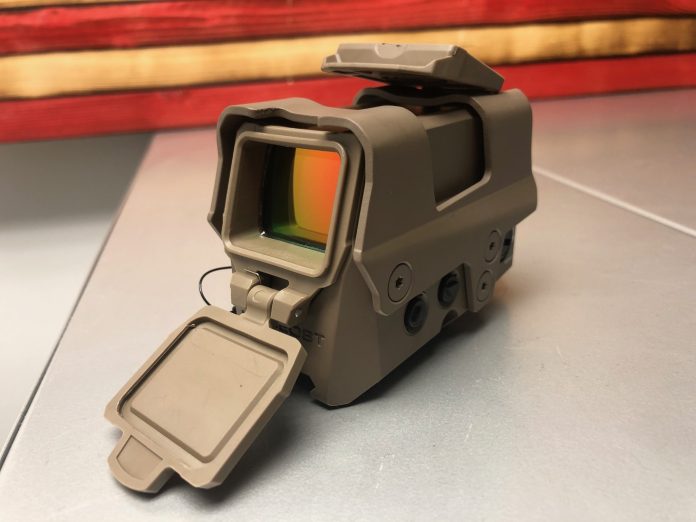 O Romeo, Romeo, whyfore art there so many Romeo’s? Seriously there are like 18… I counted.

My Theory: The People Want Options!

Sig perhaps theorized that they could cover the full spectrum of the market fairly well and that even if their products started to get in each other’s way some would catch. Make the dots and the people will come buy dots.

We know teething issues existed in their optical line. The Romeo 5’s, initially winning an FBI carbine endorsement, had a rash of electronic issues. They seem to be fixed solid again as my 5 XDR is running fine and my early 5 (purchased/made prior to the FBI rush if I recall correctly) hasn’t gone out yet, these few years in.

Then there was the whole Aaron vs the Romeo 1 ordeal, which was subsequently solved by the 1 Pro.

But finally, in the history of Sig Romeo Optics we have this absolute legend…

The SAS operator who kitted up, turned on beast mode, and went to work saving lives in Kenya with his Sig Romeo 4T topped Colt Canada Carbine. Reportedly he killed half of the terrorists himself (2 of 4 gunmen) and images show him evacuating civilians from the attack site over and over again.

This, in the collective consciousness of the internet, seemed to be the turning point. The redemption of the Sig’s dot designs in the fires of battle against terror, in the hands of an operator’s operator from a world renowned organization. He Who Dares Wins, and the daring hero had a Sig dot.

So, with Sig now firmly in the “cool guy” optics camp they started floating around on the list of recommendable options. Joining names like Holosun, Trijicon, and even the Grand Pewbah Aimpoint as having competitive options.

I was intrigued. I had to get one now… Oh and the dot too.

Upon doing some digging and inquiring with Sig the new sight was their ROMEO8T, a high durability large window reflex sight. For the market segment that enjoys large window designs like the EOtech EXPS, Ravor UH-1 “Huey”, and Holosun 512 it looked like just what we wanted.

The mildly Sci-Fi aesthetic and FDE color scheme did it a couple of favors too from my standpoint.

That isn’t always the case…

Where the BRAVO4 ‘Battlesight’ looks like it is competing for a movie inclusion by J.J. Abrams, the ROMEO8T just looked.. durable. The 8T had the ‘go into the field and do the job’ look.

Now looks are just looks, what is the ROMEO8T?

It is a high efficiency LED, premium grade material, reflex optic. The 8T combines two highly favorable design elements, the large window design (similar to what EOTech is famous for) and premium grade LED emitter systems like Aimpoint and Holosun, with a few touches of their own.

My own guess is that the 8T was envisioned riding the NGSW-AR and MG 338 from the project outset, then being able to fill any reflex optic role that a CompM4 or EXPS is sitting in too.

Quick Aside: I always thought the Marine’s decision to put TA11 ACOGs on SAWs was more hindrance than a reflex option would have been, the 8T is undoubtedly more to my liking. Add a magnifier for those situations where a closer look does benefit the shooter, but that open field-of-view “heads up display” acuity is what I want on a suppresive system like a belt fed most of the time. It creates a more situationally flexible system allowing engagement of an area quicker under most circumstances. The ACOGs are BAC but it isn’t quite the same.

The ROMOE8T uses two critical elements that place it in the military optical system category, a 7075-T6 aluminum optic body and an IPX8 waterproof rating. These, along with the normal high durability coatings for the lenses and body, fogproof purging, and field oriented ancillary factors, make the 8T far more than just a fair weather dot.

7075-T6 especially provides an incredible housing for optics with simpler internals (reddots and fixed power optics) and can be built to a standard that even the best variable power options cannot match. Complexity in the mechanism increases vulnerability, especially to water. That complexity also mandates a greater variety in material selection.

The IPX 8 water proofing standard is a significant claim. It means continuous immersion at depth (under water pressure). While the manufacturer sets the actual parameters the minimum is continuous beyond 1 meter, 3 meters (bottom of a 10ft swimming pool) is common. Not only can the sight get wet, Sig is telling us it can swim.

For comparison, the Vortex Razor Gen III and Sig Tango6T are IPX7 rated. They can get soaking wet without a care but swimming is not a good option. Water pressure of less than a meter depth and for 30 minutes. Wading across a stream, sure. Diving, not so much. The only variable I know with an IPX8 equivalent is the VCOG (20 meter depth)

After all of that Sig went a step further and added a titanium impact shield (EOTechs use an aluminum one) to protect the housing further still. Basically a slat armor that will take the brunt of a fall, impact, or crush and can be easily replaced if damaged, saving the optic itself from all but the most catastrophic crunches. The shroud and optical body also provide protective standoff to mitigate hitting one of adjustments on accident.

Now, as an astigmatic individual I have a love/hate relationship with reflex sights. Some emitters work very well with my eyes, some give me a starburst blob thing instead of a dot. Trijicon’s MRO (Not the HD, haven’t tried that yet) is an example of a perfectly good sight that didn’t have an emitter my eye worked cordially with. It worked, just not cleanly. EOTech’s are also fuzzy since holographic is nearly always rough with astigmatism, still works though.

The ROMEO8T has a very clean and clear emitter, the LED and internal selections produce a crisp sight picture and clean dot. When using the circle dot reticle option the edges of the circle segments are sharp and well defined. The BDC reticle dot selections come the closest to blending together but still avoid it, something I could not say of my EOTech 2-2 reticle.

The 38mm sight window provides the “heads up display” quick and open acquisition that smaller optical body systems can’t quite manage. The coated glass gives incredible light transmission and a very clear sight picture. It was well chosen to minimize color distortion and transmits a much brighter image than some competing sights.

Weird observation: On higher brightness settings there is a minor glare effect producing a wide “crosshair” visible to the shooter. It’s hard to explain, but in essence on brighter settings you could see an extra bit of red glare above, below, on the left, and to the right of where the dot is positioned in the window. This narrow bit of glare, for lack of a better term, appears on the edge of the optic window at those four points and is always precisely referenced on the dot.

What you are seeing is reflection off of the edges of the ocular window, the housing there is smooth enough and has enough surface area to cause a narrow “beam” visual effect. This is because the lens is so deeply recessed that the edges catch some of the light from the LED. It tends to vanish as more light comes through the objective lens, so looking at a brightly lit target area makes it go away. No negative or distracting influence while I was shooting either, just gives it a vaguely video game-ish targeting effect. It is more pronounced if you use one of the circle dot reticles.

The battery housing is on the right side. A horizontally mounted CR123 slides in and the watertight threaded cap closes it up. The cap has a retention wire so that it doesn’t go anywhere. The cap doubles as an emergency 1/2″ mounting wrench to tighten nut on the optic to a reasonable degree, it does not properly torque the mount but can get you to ‘good enough for now’

The machined housing of the ROMEO8T has recoil lugs that interface with the rail and keep the optic from sliding and it’s torque spec on the 1/2″ nut is 85 in/lbs. Yes, 85… 338 Norma Magnum Machine Gun, remember. Sig states that using this spec the optic will return to zero.

The ROMEO8T is supposed to be a robustly built reflex sight that can stand with Aimpoint, EOTech, and Trijicon. Specifically with the CompM4/M4s, the EXPS3, and the ACOG.

With its construction, lens and emitter quality, and easy control suite it can accomplish all of those things and comes in a few bucks under the competition. A quick check of current prices and you can find 8T’s for $40-60 under an EXPS3 (in the $599-$650 range) and it will be a few bills under an ACOG or CompM4/4s/M5. What it doesn’t have yet is the time on market of the others.