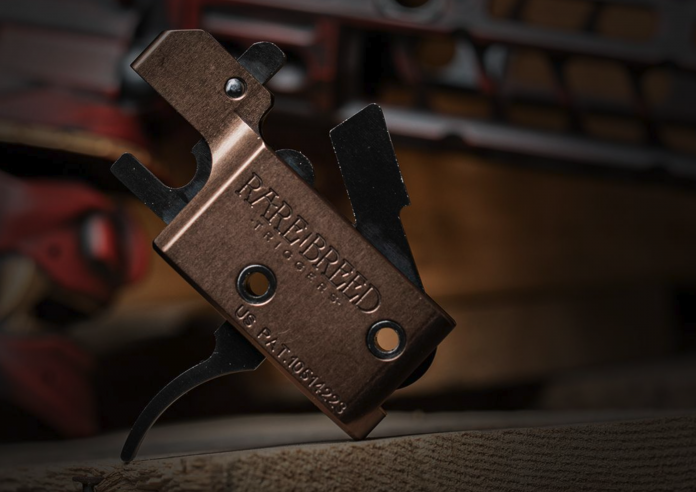 While not completely unheard of, being awarded a preliminary injunction in a patent infringement case is extremely rare. To obtain a preliminary injunction, the plaintiff must convince a judge, among other things, that they have a high likelihood of prevailing based on the merits of the case and that they will suffer irreparable harm if the accused infringement is permitted to continue pending a full trial.

Judge Hinkle recognized that “[u]ntil recently, the FRT-15 was the only product on the market that operates

in this way—the only product covered by this patent. Now, though, the defendant Wide Open Enterprises, LLC manufactures and sells the ‘Wide Open’ trigger—a device that was plainly copied from the FRT-15.” He further noted:

[I]t cannot be said that the harm Rare Breed will suffer from continued infringement will necessarily be remediable by an award of damages. The defendant Wide Open Enterprises, LLC was formed solely to sell the Wide Open trigger; if ultimately held liable, it need only turn out the lights, lock the door, and walk away. A money judgment might well be uncollectible. The other defendant, Big Daddy Enterprises, Inc., is an ongoing business not limited to a single product, but its ability to respond to a substantial judgment may be unclear. More importantly, Big Daddy is a distributor who participates in only some, not all, of the infringing sales, so a damages award against Big Daddy might not make Rare Breed whole.

Judge Hinkle ordered that “the defendants must not manufacture, market, sell, offer to sell, import, or transfer possession of any Wide Open trigger or substantially similar device” and that the “preliminary injunction binds the defendants and their officers, agents, servants, employees, and attorneys-and others in active concert or participation with any of them-who receive actual notice of this preliminary injunction by personal service or otherwise.” Any participant in the supply chain, from manufacturer to importer to retailer, can be fully liable for patent infringement.

Lawrence DeMonico, President of Rare Breed Triggers stated, “Now that we’ve been granted a preliminary injunction against these two infringing companies, we can shift fire and refocus our efforts on bigger and better things. One, we are still actively engaged in our battle against the DOJ/ATF. And two, we are right around the corner from bringing two new FRT models to market.” DeMonico further stated, “I’d like to take this opportunity to put on the record for everyone to hear, we take the defense of our patent rights very seriously and will prosecute any and all infringers with the ferocity of a CAT 5 hurricane.”

Wide Open Enterprises and Big Daddy Unlimited announced plans to launch the WOT in mid-August of 2021. Rare Breed Triggers promptly served Wide Open Enterprises and Big Daddy Unlimited with a cease-and-desist letter on August 31, 2021, demanding they not bring the WOT to market or they would be met with a lawsuit for patent infringement. The WOT was launched a week later on September 7th and a complaint for patent infringement was filed a week after that on September 15, 2021.

Recently, Big Daddy Unlimited hosted its annual Epic Shoot event in Fleming, Georgia, where they displayed, promoted, and demonstrated the WOT. In addition to the WOT, BDU also demonstrated another trigger the plaintiffs and their counsel have determined also infringes the patent, the Graves Star-Fire V2 trigger. According to attendees at the event, BDU plans to have the Graves trigger manufactured by Valor Arms/Valor Manufacturing located in Sapulpa, Oklahoma.

Lawrence DeMonico, President of Rare Breed Triggers, has previously stated that he plans to file suit against Big Daddy Unlimited and the manufacturer of the Graves trigger for patent infringement as soon as it is offered for sale on the market. After reading Judge Hinkle’s order, the question is whether Rare Breed Triggers will need to file a new lawsuit or is the Graves trigger covered by the order as a “substantially similar device”.