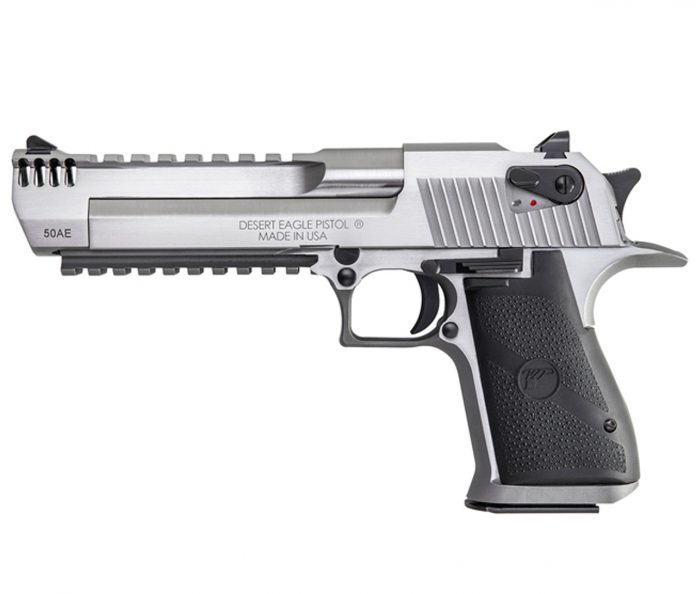 Have you ever noticed a big disconnect between Hollywood and the rest of the world? Surely you must have. They love to show guns in their films but are also against the right to keep and bear arms. That’s the most glaring example, but have you ever noticed how some guns get a ton of representation in moves, even though they were never nearly as successful as film and media want them to be? Today we are going to look at pop culture’s most overrated guns.

I mentioned film initially, but for this article, we’ll factor in film, TV, and video games. We will break down five guns that pop culture would have us believe are widely successful but, in reality, are nowhere near as common.

The Desert Eagle takes the number one spot because, holy crap, it is famous. The Desert Eagle is easily the king of pop culture guns. It has over 600 film credits alone and pops up in every video game, movie, and TV show where it fits. It’s often portrayed as a monstrously powerful pistol capable of stopping the biggest, baddest bad guys with a single shot. It’s gloriously overrated.

In reality, the Desert Eagle is a fine weapon if you want a magnum caliber automatic. It’s not a practical weapon for combat by any means with its hefty recoil, massive size, and limited magazine capacity. It’s okay for hunting but other than that, it’s a fun novelty. No self-respecting commando, soldier, secret agent, or criminal would use one as a fighting pistol.

The SPAS-12 ruled the 80s and 90s in film and TV and still rules in video games. These distinctive shotguns graced films like Terminator, games like Counter-Strike, and even TV shows like the Walking Dead. You’d be hard-pressed to find a more distinctive shotgun than the SPAS-12. It’s a shotgun that’s convertible between semi-auto and pump-action, and depending on the media, it’s often portrayed as one or the other. 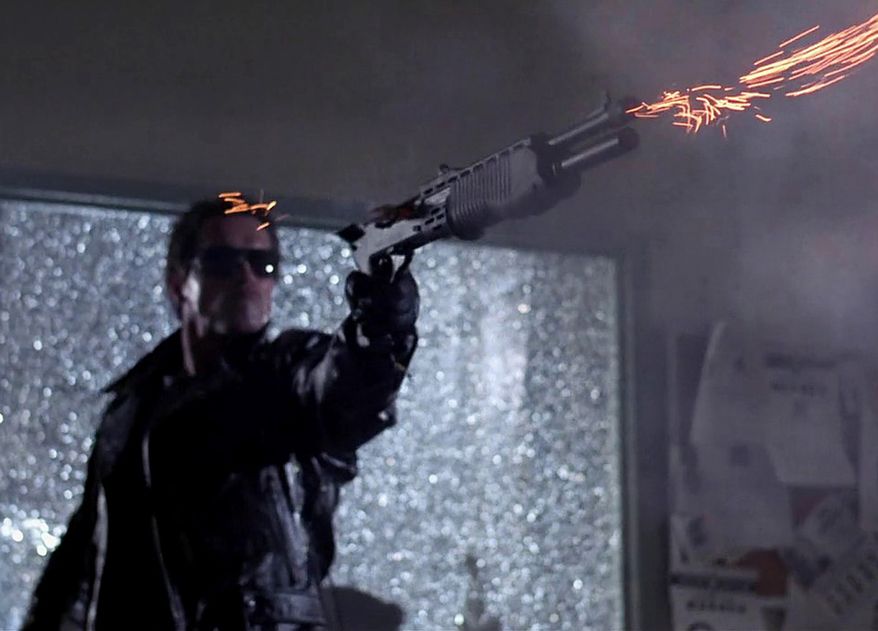 In reality, the SPAS-12 only looks good. It’s huge. Heavy, fragile, and unreliable. It needed heavy loads to function but also tended to break easily. Oh, and don’t forget that the safety would accidentally fire the weapon. Loading the gun was a pain, and it was expensive. There is a reason why the SPAS-12 never saw success. It makes me angry to see how overrated the gun is in video games when so many other awesome shotguns exist.

Handguns are great, but what if they were full auto! That clearly means they are better, and the Glock 18 is somehow one of the most prolific machine pistols in pop culture. What shooting game doesn’t have a Glock 18 these days? Movies like The Matrix and Skyfall make the gun seem like the ultimate handheld weapon.

In reality, the Glock 18 is quite rare and was a special firearm ordered by an elite anti-terrorism force decades ago. Other than that elite force and Saddam Hussein’s personal model, the Glock 18 isn’t a common gun. Standard Glocks can be converted to full auto, but those aren’t Glock 18s. In reality, machine pistols are absurdly difficult to control and not super useful. That being said, they are cool, and I see why they are constantly used in film and video games.

The Remington ACR evolved from the Magpul Masada and was set to take over the world. If you believe every mid-2000s movie, then it was certainly a success. It pops up in every Call of Duty and Battlefield game, and it’s in the Transformers flicks, Planet of the Apes, and even Batman vs. Superman. The most valuable thing about the ACR in these movies and video games is that it doesn’t look like an M4.

There is nothing wrong with the ACR design-wise (anymore? soon again, probably?). It’s reportedly a great rifle, but Remington and Bushmaster did what they always did during their twilight and messed up the launch. It was double the original stated MSRP, and the promised caliber conversions appeared (kinda) years after they were promised. Support waned, and Remington went bankrupt. While it’s an excellent gun, it’s seriously overrated in media. But like the G36 before it, it looked cool as hell on screen.

When you need a gun to arm your futuristic army, or you need a top-tier SMG for your video game, it’s likely going to be the Kriss Vector. This odd duck of gun design looks like it stepped out of 2099, but it’s been kicking around since 2006. It’s the futuristic choice of forces in the Divergent series, in the Maze Runner, and many more. Every tactical shooter features the Vector, which stands out exceptionally well.

Like the ACR, the Kriss Vector isn’t a bad gun. It hasn’t had more success in police and military forces because, by 2006, the arms world figured out how to make short carbines in 5.56 work. The Vector came about when SMGs were already taking a back seat. Although, it’s seemingly a popular PCC and braced pistol on the civilian market. It’s controls are kinda goofy too.

Pop culture can influence the success of firearms. Dirty Harry helped sell thousands of Model 29s, and between Lethal Weapon and Die Hard, the Beretta 92 will never die. Hollywood and video games often choose guns for their look, not their function. That’s true of the Model 29 and the Beretta 92 series, but those also happen to be great guns.

Sometimes they get it right. Other times, the SPAS-12 gets more screen time than it could ever deserve. Without pop culture, most of these guns would be far from overrated and likely be little blips on the greater cultural zeitgeist, but now they’ll be preserved forever.