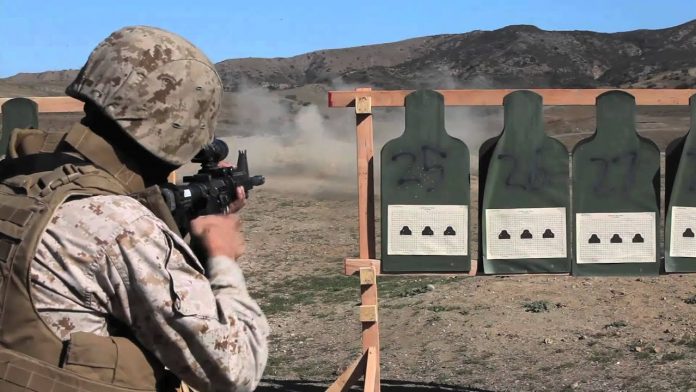 When I was handed an ACOG at the School of Infantry, I was instantly impressed. I came from the A2 at boot camp to the M16A4 in the School of Infantry and felt like a high-speed commando. It didn’t take me long to embrace the 4X magnification, but at first glance, I wondered how the hell I use this thing for CQB. Before I left Camp Geiger, I’d have that question answered and would be a pro at the concept of occluded shooting.

This is something that tends to still pop up around gun forums and in the comment section anytime a prism-style optic is mentioned. Not everyone goes to the Camp Lejeune School for Wayward boys, so today, we are going to learn about occluded shooting.

The Armson OEG isn’t your traditional red dot, but it does use a red dot to aim. These were designed and produced in South Africa and were imported by Armson USA. Armson USA would later become Trijicon. The OEG is a reflex sight that uses tritium and fiber optics in its construction. This mix generated a red dot that you used for aiming.

Unlike our modern red dots, you don’t look through the optic. You keep both eyes open, generating a sight picture in which you see the red dot and the target. 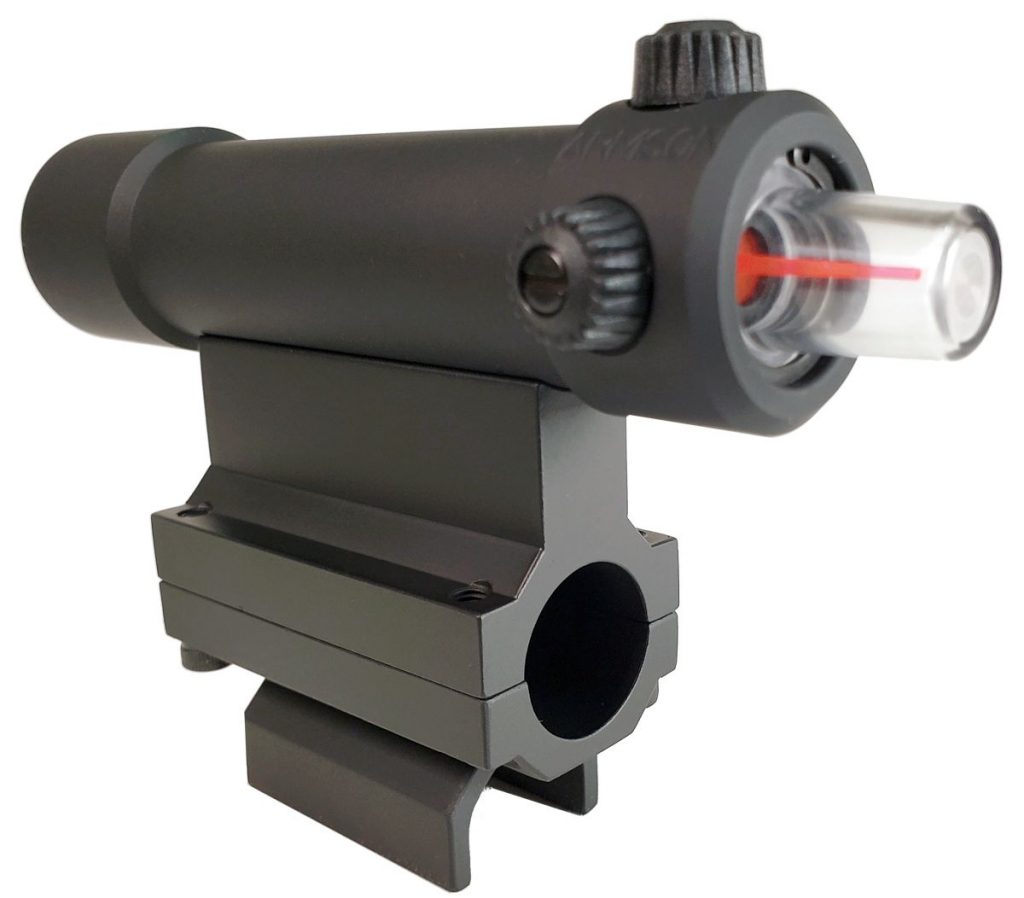 This is occluded shooting. I’m sure it was taught in one manner or another with other optics or sights, but the Armson OEG was designed around the concept of occluded shooting. As long as you keep both eyes open, the optic will essentially disappear, and the dot and target will remain. Your brain is taking the view from both eyes and merging it into one sight picture.

How This Applies To Modern Optics

The Armson OEG can still be obtained if you want one, but what does occluded shooting have to do with the ACOG and other prism-style sights? Occluded shooting allows you to use a magnified optic up at super close ranges with great efficiency.

Outside of the prism optics, you can use this same technique with LPVOs, and magnified scopes. As long as it has magnification and an illuminated reticle, you can use the occluded shooting method for close-quarters shooting. Like everything in the gun world, it takes some practice to be efficient.

You might ask why you need this with an LPVO when they typically have 1X settings. This assumes you’ll always have time to swap from one setting all the way down to 1X. A threat or target might approach or appear before you can move the magnification ring, so being able to transition from a magnified view to a 1X view might be impossible, and occluded shooting might be the solution.

How to Get On With Occluded Shooting

Occluded shooting requires a bright reticle that’s easy to see. When you raise the rifle, keep both eyes open and focus on the target. This should create a sight picture where your illuminated reticle is superimposed on your target.

This won’t be the clearest sight picture you’ve ever gotten, and you might find it tricky at first not to focus through the scope. Our Combat Instructors had us all stand in line with a target twenty yards away. The instructor would yell “Ready! Up!” and we’d practice acquiring an occluded sight picture on our target and dry fire.

Remember your eyes work as a pair, one isn’t going to focus through the scope while the other is target focused. What you are doing is training at picking your target focused eye that isn’t looking through the optic, the one that is behind the optic can still see the brightly illuminated center point is not focused to look ‘through’ the scope. But your eye and will eat up light to give you information, thus the bright center reticle.

Don’t expect the same type of pinpoint accuracy you’d get with a red dot. Your group might not be super tight, and it might not be dead on where you want it, but it will be close enough to stop a close-range threat.

This is a bit of a niche skill. We live in a world where piggybacked red dots are fairly common. That being said, it’s a simple skill that still seems like it’s worth learning. If you have a gap in your training schedule, try it out.