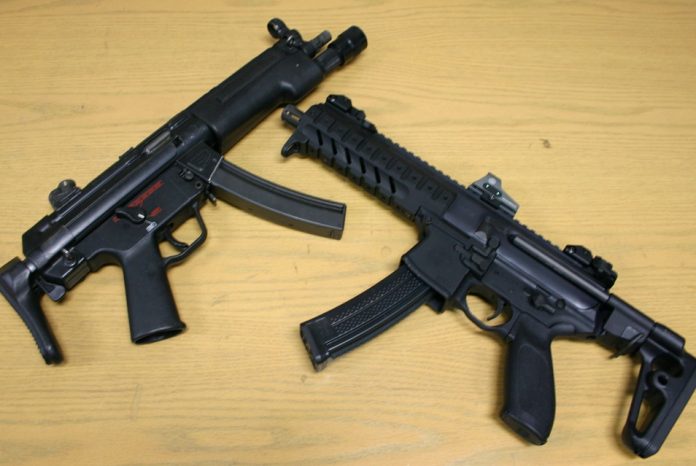 The MP5 has been the preeminent submachinegun for tactical applications for over thirty years. It has been unrivaled in terms of tactical functionality and usefulness, and has been a favorite of tactical teams all over the world. More recently Sig Sauer introduced its MPX. Outwardly it appears somewhat similar to the MP5, but make no mistake about it, it’s a completely different weapon.

I recently had the opportunity to evaluate these weapon systems head to head. The MP5 I used was an older model that still functions well. The MPX was brand new. I used iron sights during my evaluation. Both weapons were chambered in 9mm. I used Winchester Ranger 9mm ammunition for range comparisons.

Functionality: The MPX fire controls mimic the AR15 weapons platform. Safety, magazine release, bolt hold open device and charging handle are all in the same place. The bolt is pretty stiff and takes some muscle to charge. As with many firearms there is probably a break-in period where parts loosen up a bit. The weapon doesn’t come with an ambidextrous charging handle. This is a pet peeve of mine since I am left handed, but like an AR it can easily be swapped out.

The MP5 has a large selector switch, two magazine releases, and a charging handle on the left side of the gun. The charging handle isn’t reciprocating so you are stuck with it where it is.

Since the MPX is set up the same way as the AR rifle series I give it an edge in terms of having the same manual of arms. That being said, the MP5 is simple to operate with a little practice.

Both weapons I tested had retractable stocks. They were both easy to deploy. The MPX has what appears to a sling mount below the stock which, at times, interfered with returning the stock to its original position.

The weapons measured about the same length with the stock retracted. According to my measurements the MP5 (minus the weapons light) was about 18 inches, the MPX 20 inches.

Modularity: The MPX had a full picatinny rail on top of the receiver and another one on the foregrip. The older generation MP5 I had did not have rails but newer models do. The MPX has a flash suppressor. The MP5 does not but has a threaded barrel capable of mounting a suppressor. 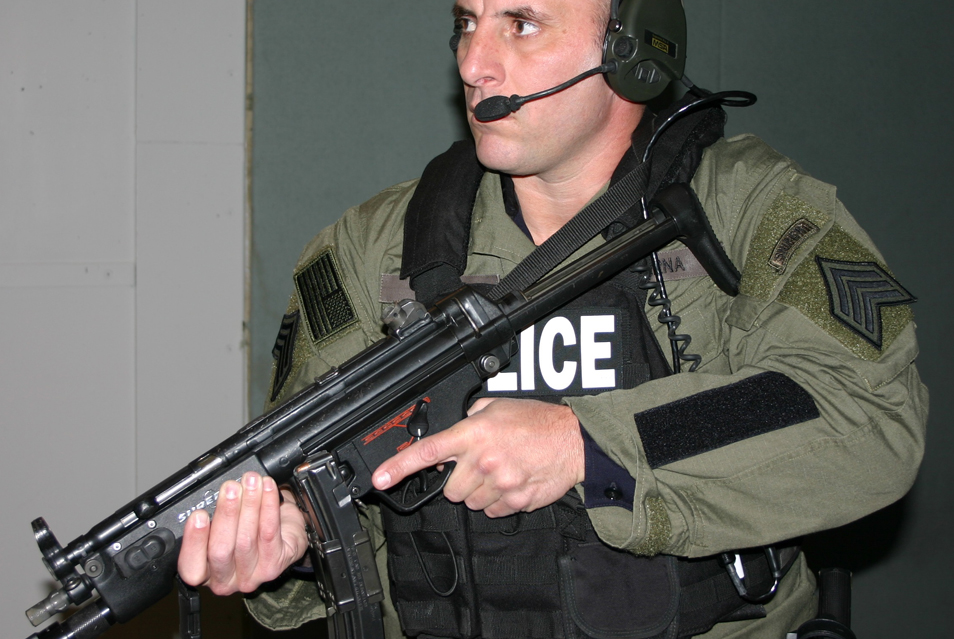 The MP5 comes in 9mm but has been offered in .40, 10mm, and .45. The MPX is chambered for 9mm. There are currently six variants of the MPX, including one with a built-in suppressor, the MPX XD. HK has long carried the suppressed MP5SD. They also carry the diminutive MP5K. 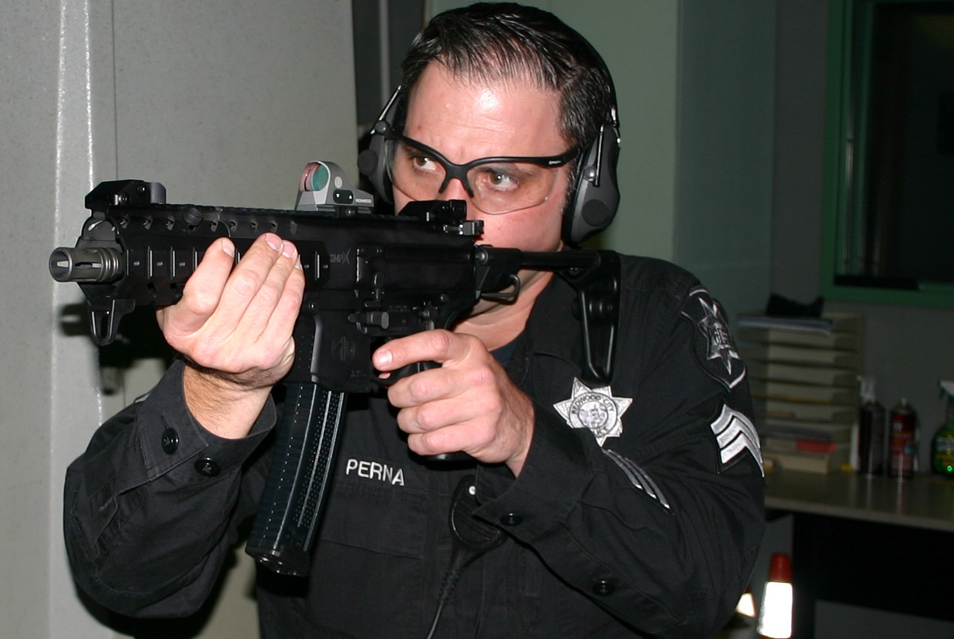 Accuracy: The MP5 comes with fixed iron sights. I believe these sights are the best ever made, period. I carried an MP5 for many years in law enforcement special operations teams and preferred those sights over mounted optics. The MPX I used had a standard AR type BUIS that worked well. Both weapons demonstrated equal accuracy.

Overall impression: I liked both weapons equally during this short test. The MP5 has the proven track record but the MPX will have its chance to shine too. Either weapon would be a successful tactical platform for team or individual use.