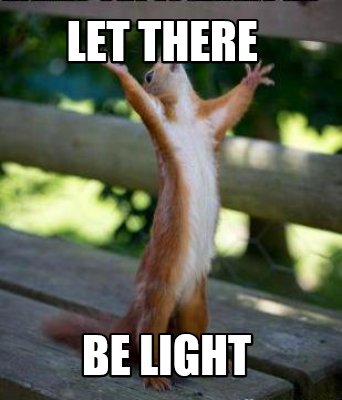 During my time as a young shooter I was often times captivated by those guys on Instagram and Facebook rocking the “high speed” Weapon Mounted Lights (WMLs). I idolized those guys; they accessorized to the next level. As I worked my way towards a lifestyle where I could afford the “nice things”, I kept putting off the WML. I mean, most of my time out in public is during daylight hours. No need for a light there, the sun works pretty well. As I began my journey into the work of Corrections, I started to see the importance of auxiliary light sources. Early on in my career, I went with a cheapo handheld. It served me well until one day I dropped it. No more light.

Enter the Streamlight TLR1 HL. This was my first WML, I had it on my Glock 17 and immediately I realized what I was missing. This thing was like the Sun, but better: It was on my hip. I quickly began getting lights for all my carry pistols. Then I had a new thought, one many of you probably have too. I can put a light on my AR pistol.

Might as well, right? After searching and finding very poor reviews of many lights in my price range, I landed on the Streamlight Protac HL-X. While I really liked the light, I kept seeing friends and Instagram “Cool Guys” repping the Modlite. I had to have it. I spend several months looking and finally I found the Holy Grail: A blemished PLH V2 head. Add to cart. Checkout. Achievement Unlocked: Insta-Cool. About a week later I stumbled upon an open box deal on a Surefire M600DF.

Now that you’re up to speed on my accessory backstory, lets dig into these lights.

Initially I fell in love with this light. It runs on CR123’s. Easy enough as I also run an optic that uses them. The light is very bright, has a good hotspot, and enough spill to light up any room in my house. The light comes stock with a Picatinny mount, that had to go. Luckily, the Protac accepts any Surefire light mount. I decided on an Arisaka Inline MLOK mount. Love it.

I mounted the pressure switch and immediately realized I hated it. It either used a plastic/rubber Picatinny mount or you could use Velcro. I hated both of these options and unfortunately for the Protac, there aren’t many budget options to mount the switch. I thought about swapping to another switch but, again, there weren’t many budget-friendly options. You can purchase a tailcap adapter and run a surefire tailcap and a surefire switch, but I just made do. Overall, the light itself did a very good job at what it was meant to do: light up a target. The cons of this light were in the aftermarket options; there weren’t many.

[Editor’s Note: I’ve also had good luck with the HL-X series but I am aware others haven’t, don’t pass too quickly on the newer RM series though.]

The beam on the Streamlight HL-X, the boat in the picture is roughly 75 yards out

Instead of buying a complete light for this set up, I bought the PLH V2 head, a Modlite body, Surefire tailcap, and a Unity Tactical Hot Button. I love this set up.

The light is very bright, has about the same hotspot as the Protac at 75 yards, has plenty of spill, and runs on a rechargeable 18650. I hate buying new batteries all the time so I really like being able to use the rechargeable 18650 for this set up. For a battery I went with the Surefire USB option so I can charge on the fly. With the Modlite being able to accept Surefire tailcaps, rail mounts, and switches I fell in love with this thing. The light itself does everything I’d like it to do. The price is significantly higher but good quality isn’t cheap. Overall, I love this light.

Beam of the Modlite PLHv2 from the same point of aim. The blurring on the edge of the beam is due to using a Thyrm Clens lens protector.

As this light was going on my wife’s rifle, I have yet to accessorize it so for the purpose of this review I ran the light head on my Modlite body with the Unity Switch. My first impression of this light was good. I liked the looks, it came with a Picatinny mount and a clicky button tailcap. The button works as any momentary/constant on button does.

When I did mount it to her rifle it was easy, I again went with an Arisaka mount. You can run this light with either two CR123’s or a 18650 rechargeable battery. I run this light with the included Surefire USB model 18650. The beam is all spill with no noticeable hotspot. While this style of beam works great indoors and at closer ranges (lit up my whole back yard), it wasn’t what I look for in a rifle style WML. Overall, I like everything about the light except for the beam. It does short range great but I wouldn’t push it past 50-75 yards.

Surefire M600DF from the same point of aim. I currently have this light mounted further back on the rifle due to my wife having shorter arms. I will be adding a pressure switch so that she can run the light forward of it’s current position.

In short, these lights are all good options for a rifle/carbine. The Protac and the Modlite give identification capabilities out past 75 yards easily. The Surefire does closer range very well, but can still be effectively utilized on a rifle. The Surefire and Modlite are considered to be “duty” grade while the Protac has consumers reporting several issues with hard use. With that being said, if treated properly, I would trust all three of these lights to turn on when the time arises.