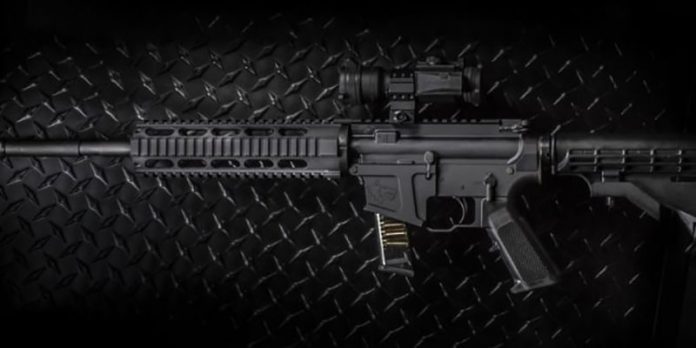 CQB styled AR’s have taken the market by storm and have gone from a novelty to a must-have for many. Looking back over time to the early days of the western expansion carbine guns for mounted cavalry and cowboys was standard fare. In most cases, those carbines ran the same caliber ammo as their pistols. The Colt 45-70 is one of the most notable examples.

In the modern day, the submachine gun explosion of the 80’s that included the MP5 and Uzi guns, for example, revitalized the compact pistol caliber gun market. Fast forward to today and you can see the demand for 9mm, 10mm, and 45 caliber compact guns are growing again.

The lowers accept 9,40,357,45 GAP magazines made by GLOCK or GLOCK compatible like the Pmag GL-9 all the way up to 33 rounds as well as drum magazines.

Why a 9mm Carbine? 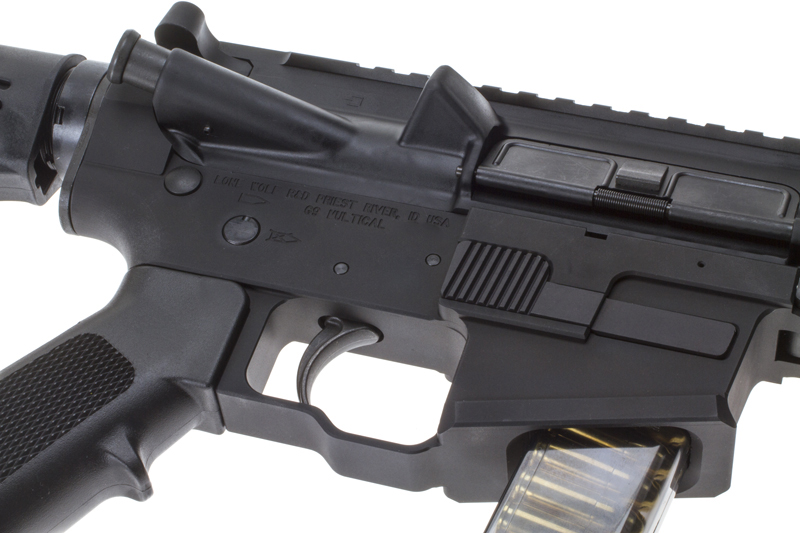 In states like Michigan having an SBR that is registered as a pistol in the state or having a pistol version (No Stock) offers several advantages for legal in car carry. With truck guns becoming a major consideration for many readers the Lone Wolf G9 allows you to have one caliber ammo with one cache of magazines that operate in a daily carry as well as an Oh SH*T carbine.

We tested the complete 16inch Carbine version and found some incredible results. Not only is 9mm a soft shooter out of this platform he longer barrels will allow bullets to reach their top velocities. We consistently saw increased velocity out of all ammo tested vs a 4 or 5-inch barrel.

It should come to no surprise that this gun performed admirably out to 100 yards (the limit of our test facility, not the gun). Hitting targets at 50-100 yards with 9mm is not something I or even most people can do well with a standard pistol. However, this was not much different than my typical AR experience.

The means of operation is inline with an AR. That means that for training and practice you can train with an AR gun but shoot much cheaper 9mm. We buy 9mm at about ½ the cost of 556. While you can shoot 22LR out of AR platform guns made for 22lr they have virtually no recoil, or bang meaning your not getting nearly as close of a comparison as you would with 9mm.

My wife has an irrational fear of rifle calibers. However, since she already shoots a 9mm pistol she was not scared to shoot this gun. It let me train her and get her to practice on an AR should the need ever arise she had to use one. It also works well for my kids who wanted to have something a step up from their 22 rifles.

For many steel targets at home ranges, are fun to shoot. Rifle’s and steel targets don’t play well. As such having a carbine in pistol caliber that can ding those home targets without fear of damage is a very nice perk.

While I am not a fan of the quad rail system, Lone Wolf is using, the G9 is compatible with most AR parts and can be changed to fit your needs. The bolt assembly needs to be modified to run properly on the G9 so you won’t want to swap that out. Most everything else, however, is configurable.

Based on the amount of parts I have rolling around here it would be nice if they sold the lowers as stripped so I could install the buffer tube, stock and grip I wanted without needing to replace these items.

The only real gripe if you can call it that is that the bolt is not last round hold open.

AR guns in pistol caliber don’t make sense for everyone. For those who do have a need or want for one, this gun is a serious contender. If you’re a GLOCK pistol shooter, then that makes this gun an easy choice for best in category. The availability of inexpensive GLOCK magazines makes the overall cost of ownership lower than many of the competitive pistol caliber carbines that rely on proprietary magazines that can go as much as $80 each.

Lone Wolf sells the lowers and uppers separately via their website here: http://www.lonewolfdist.com/Products.aspx?CAT=3682 The lowers start at $384 and uppers begin at $689.95 and can be cut to your desired length and re-threaded for $90.