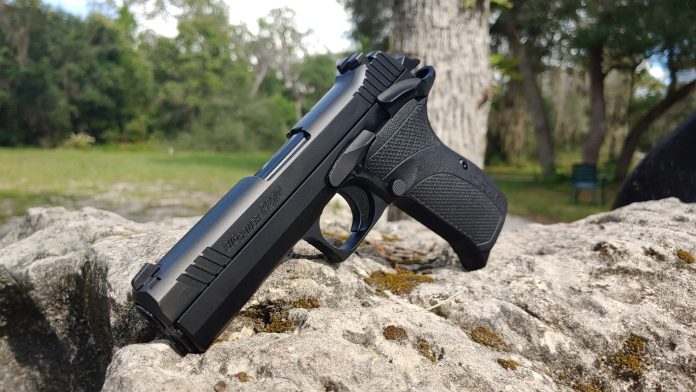 At first glance, the SIG P210 Carry seemed silly to me. It fell into that realm of 1911, where it might be fun and capable of self-defense, but it seemed silly to carry in 2022. Still, I’ve always wanted to shoot and handle a P210, so I asked SIG to send me one. They sent this loaner, and in short order, it changed my mind, at least a little bit. I couldn’t understand why anyone would want to carry it, and now I most certainly do.

What I expected was a pistol that was fun to shoot, something reliable, and a bit of a modern BBQ gun, if you will. I’ve shot the new P210 Classic and greatly enjoyed it, so I didn’t think the P210 Carry was a bad gun by any means. I just didn’t think it would be a great carry gun.

How I Was Wrong About the P210 Carry

To really explain how I was wrong about the P210 Carry, I have to do a deep dive into the gun and a few of the features that make it stand out.

A single-action trigger is always nice, and it does offer a lightweight trigger, and that’s great, but it’s more than that. The trigger in the P210 Carry is very consistent. The trigger offers a short and light reset. It’s not too light for a carry gun, and it’s consistently the same trigger every time you touch it, and that’s a lot like a modern striker-fired gun, and we love that on our carry guns. 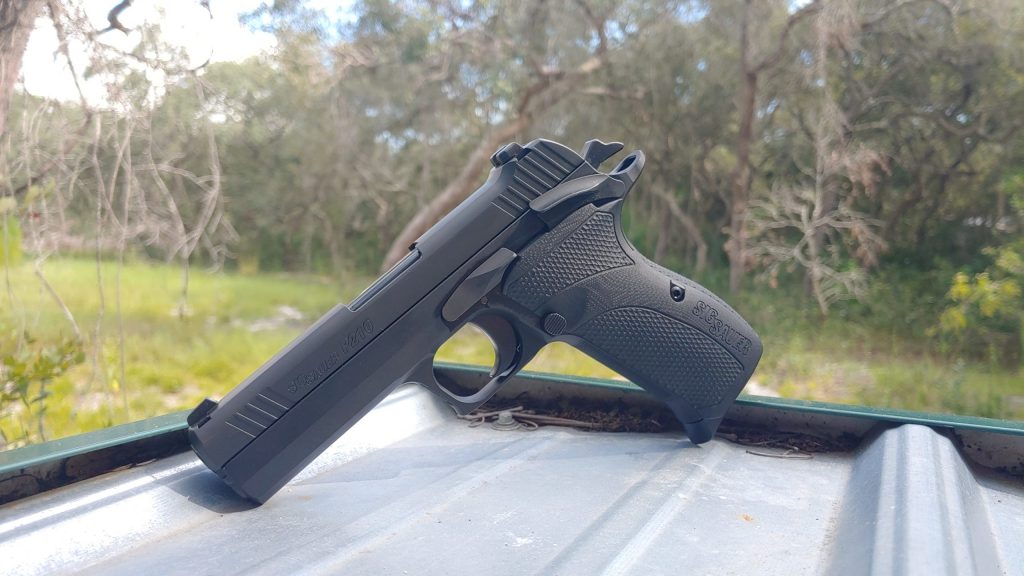 The P210 also offers a hammer that does allow you to manually control the hammer as you reholster the gun. For a lot of people, that’s not a concern, but I appreciate the little extra safety. This is a little like insurance, especially when carrying AIWB.

A good trigger can always aid in accuracy, but it’s not the end all be all too accurate shooting. The ergonomics, sights, sight radius, and general construction of the gun. The SIG P210 Carry does maintain the reputation of the classic SIG P210 for great accuracy. I’ve run everything from modified 10-10-10 drills and El Presidente drills to the newly beloved Dickens drill. 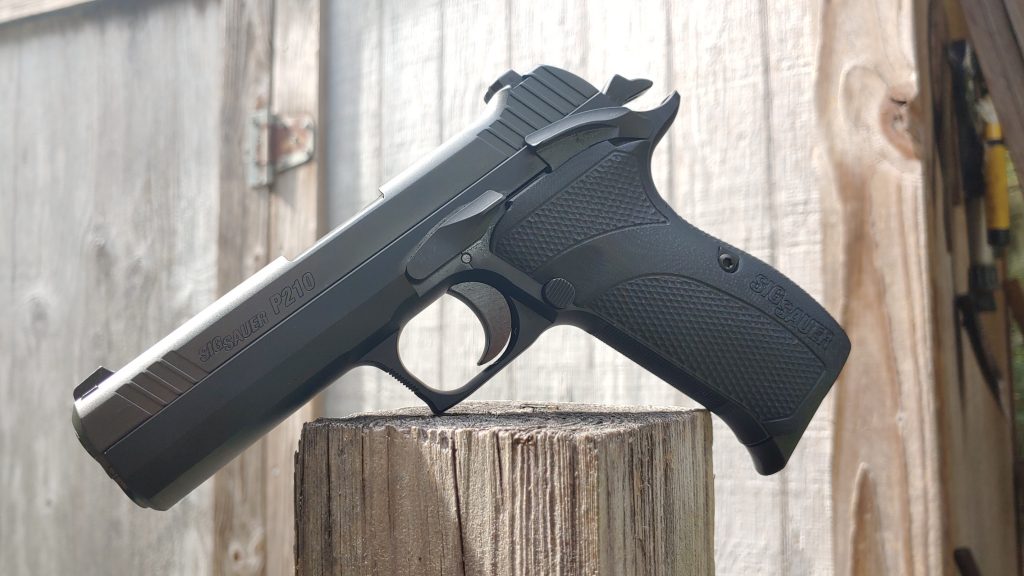 The accuracy results have stroked my ego quite nicely. The P210 Carry isn’t a small gun, but it shoots like a much bigger gun. The drills I’ve fired are not slow-fire drills, but drills are done under the pressure of a timer, and that’s the accuracy that matters with a carry gun. I’m consistently making good hits and doing it quickly. I’m faster with a red dot, but this gun shoots almost as well as a red dot-equipped handgun.

My big hands can be quite frustrating with guns. Not just small guns, but guns like the P226 and Glock 17 can even be a pain for me. One of the biggest problems is the slide lock. My thumbs often pin it down the slide lock, preventing it from locking to the rear on an empty magazine. 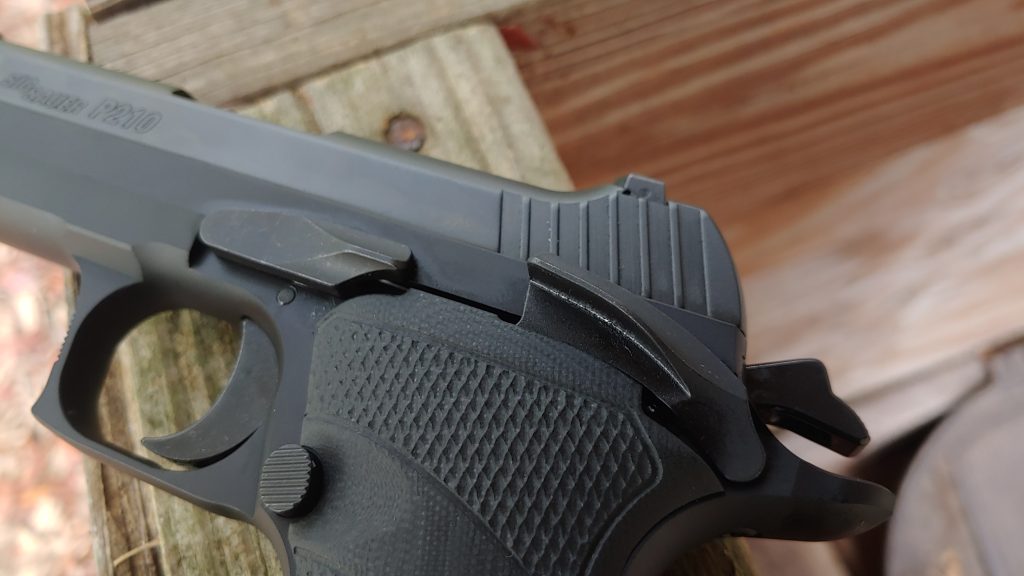 That’s not a problem with the SIG P210 Carry. Additionally, the manual safety is massive and provides you with a shelf to quickly disengage or engage the safety. The gun sits up nice and high in the hand, and the beavertail acts as a great guide to getting that good purchase on the gun before you draw the weapon.

The svelte and thin grip is a nice touch and allows you to obtain a nice grip on the gun that makes it easy to get a good handful of the gun. The P210 Carry is an all-metal gun that’s fairly heavy and does pack a 4.1-inch barrel. It’s a 9mm handgun too, so recoil is already fairly controllable. Add in the great ergonomics and aggressively textured grip panels, and you get a gun that barely bucks when you knuck. 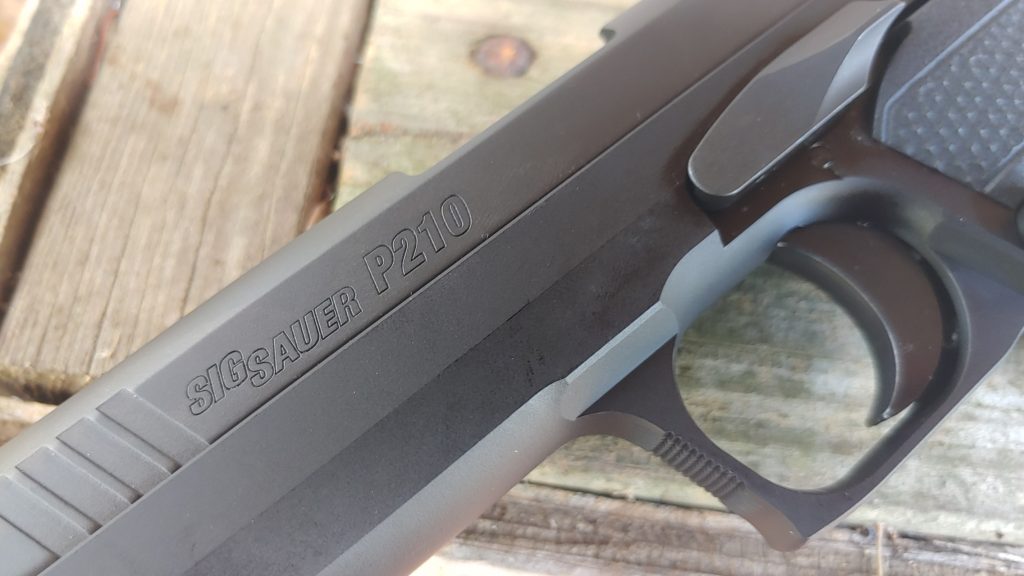 After the recoil impulse, the gun returns right back on target consistently. That’s why it’s fairly easy to pass timed drills, even when the gun is relatively new to me.

What I was Right About

I wasn’t all wrong about the SIG P210 Carry. It is not an efficient gun. It’s roughly Glock 19-sized and only holds eight rounds in the magazine. That’s not efficient. Something like the P365 is much smaller and packs anywhere from two to four more rounds. It’s a big, hefty gun, and that doesn’t change.

Still, it’s got a good degree of old-school cool to it, and I can appreciate that. Would you be undergunned with this thing as a carry gun? Not at all.