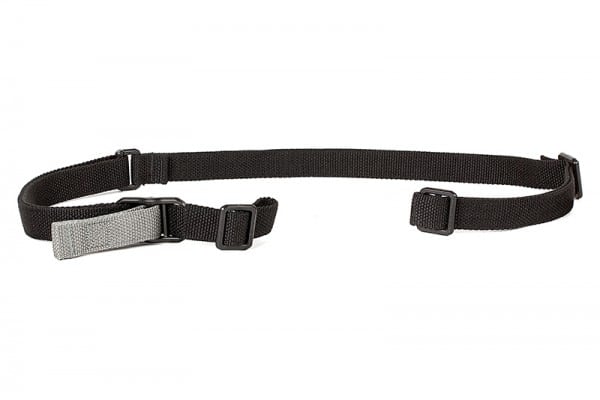 Having used these slings on the M27 and my personal weapons I highly recommend them. I’m not the only one so I’ll let Travis take it from here

The concept of the Vickers One Sling is due to the current trend in the firearms world for smaller and lighter rifles. This includes ultralight AR builds and pistol caliber carbines. Weapons like the SIG MPX and CZ Scorpion are incredibly popular and started a trend toward smaller and lighter firearms. The Vickers One Sling is thinner and 23% lighter than the standard Vickers sling. It’s smaller width allows it to use 1-inch sling hardware, which is lighter and common.

Vickers makes most of their popular sling hardware in 1-inch configuration. This includes the RED swivel, the ULoop, and QD swivel options.  Besides the size and weight savings, it functions exactly like a standard Vickers sling. Although it appears it is only available in black or coyote color options. 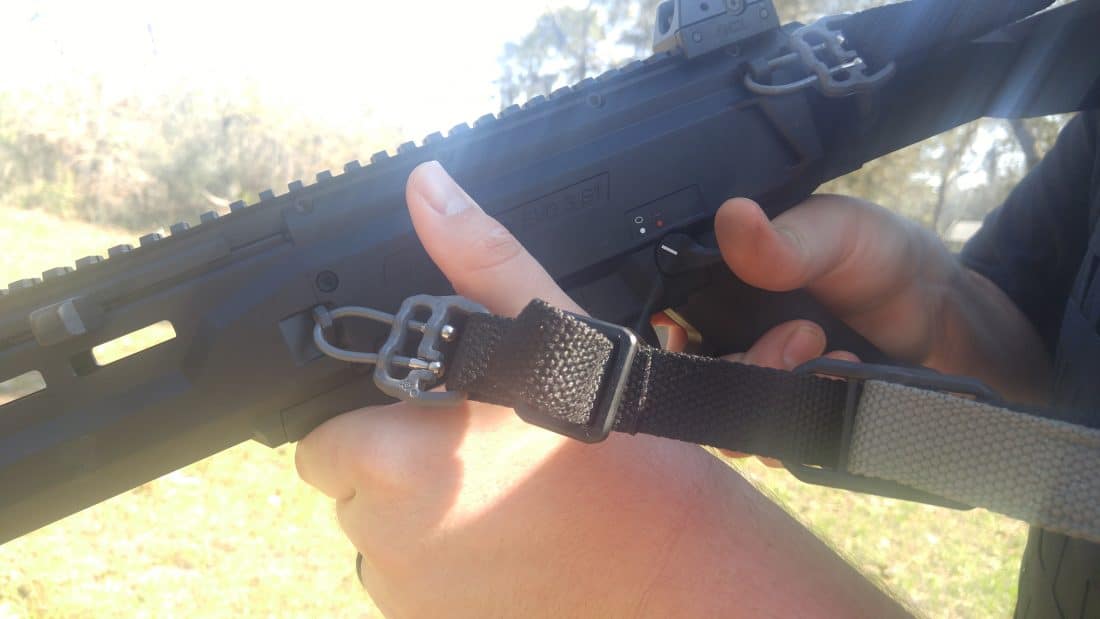 I specifically bought this sling for use on my CZ Scorpion 9mm Carbine. The weapon is outfitted with a variety of different sling mounting options, including a 1-inch slot in the rear of the receiver. A normal BFG sling would get bound up and wrinkle in that little slot. The One seemed like a natural choice. It’s an excellent and permanent companion to my Scorpion, and since then I’ve moved to using two U Loops to secure it to the rifle.

What I really like is how comfortable it is as a sling. I’ve used both single and three point slings and like many found them to be lacking in many ways. The single point wasn’t great at keeping the rifle stable when the hands were occupied. Three point slings are sloppy and a mess of straps and buckles primed to catch your gear on your gun, designed as a catch all measure for multiple weapon systems.

What’s old is new and the two point sling seems to be the most intuitive and simple system for carrying a firearm. The Vickers One sling is different simply by design. It can be adjusted rapidly for different sizes by gripping and ripping the pull tab. This instantly changes the size of the sling.

For general carry purposes having the sling tight to the body is generally preferred. This allows you to comfortably and securely carry the weapon if your hands are busy with other tasks. When things pop off you lengthen the sling and gain maneuverability. In the course of a firefight, a lot of things can happen. You may be tasked with something like pulling a wounded person to cover. You need your hands for this. Tighten the sling, and your gun is secure and your hands are free.

The tab is aggressive and easy to grab. Generally saying complicated crap is crap in a firefight. However, the Vickers One sling isn’t complicated. Just grab the tab and pull one way or another. Larry Vickers is an experienced gunfighter, and it shows in his sling design. It doesn’t require any special attention from its user and allows them to keep their eyes on the objective while in use. 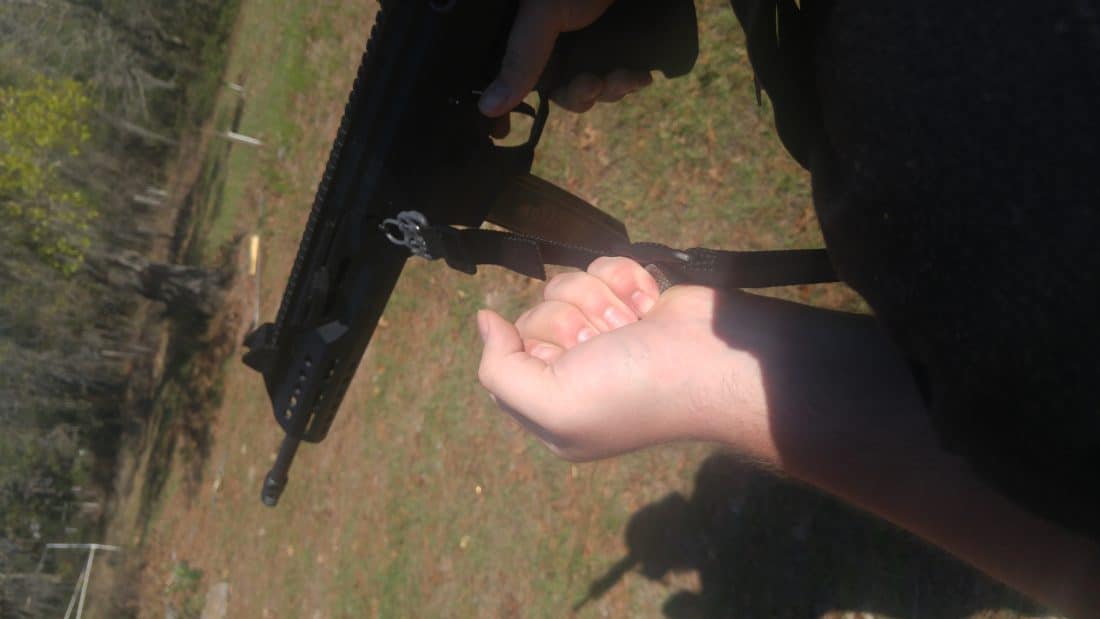 My experience with the tab is that it always works. I deployed with a traditional Vicker Sling and it almost always filthy dirty. It went through rivers, canals, up and down mountains, and in and out of moon dust. It never got gunked up so bad I couldn’t pull the tab to release or tighten it.