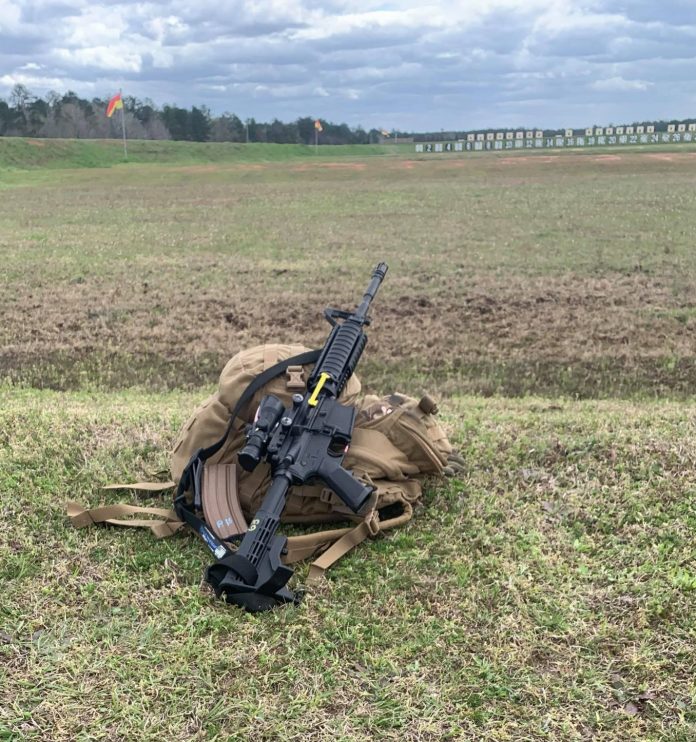 There is a saying when it comes to Magazines in the Army. “black put it back, lean with the green, tan is the plan”. This was used to refer to the plethora of different magazine followers still circulating the organization. As the weapon system changed, so did the magazine. As most know though, it takes time for old equipment to circulate out of the military. So with normal change, that saying is no longer valid either. A part of our M16/M4 weapon systems has changed, and that’s the ammo.

The Evolution of Magazines

“Back in Vietnam”, no literally though, back in Vietnam, magazines were designed as 20 round disposable magazines. Which lead to a less than reliable 30 round magazine with the same stamped aluminum and a follower tilt that caused malfunctions. Mind you, our ammo changed a lot during the coming years. With advances in weaponry there come advances in ammunition, which leads to advances in magazines. When I was searching for more history on magazines, this M4Carbine thread popped up, and I love how in depth it gets. The great Will Larson from Semper Paratus Arms comments a bit. Go ahead and nerd out.

The EPM was created specifically for the M855A1 round. It is distinguished easily by a tan body and blue follower.

On the new ammo. In this article, we aren’t here to talk FPS, grain, or anything along the sort. I specifically want to talk about the shape and material of the new round vs the old.

On M16/M4 rifles, there are feed ramps. These feed ramps help the round slide up and into the chamber, just as a normal ramp helps on a loading dock. With the followers two things assist the feeding further, the shape of the follower and the tilt/angle. The tilt gets the round up that ramp. The M855A1 “needs some help” due to the length of the round and the hardened material on the tip. The bullet is hardened steel at the tip and not a copper jacket, steel beats aluminum. Without the help of a magazine with the correct follower, that hardened tip severely damages the bottom of the feed ramps. Smallarmssolutions.com shows a great example of this and also has some added information on the round.

Other branches have decided to totally adopt the PMAG as their go to magazine. For the Army, it is now listed as AAL or Additional Authorized List. The PMAG has an anti-tilt follower and will run M855A1 efficiently. Soldier Systems lays it out including NSN.

[Editor’s Note: The PMAG has been shown as the best magazine for M855A1 in all formats, but there is a difference between the Marine Corps components ~280,000 total needing PMAGs and the U.S. Army’s components ~1,200,000, logistics are fun]

What is authorized? Currently, the black followers ARE NOT AUTHORIZED to be used with ANY ammunition. The Enhanced Performance Magazine and the Magpul PMAG are the only authorized magazines to be used with M855A1 ammo.

When should we order them? If you are running M855A1 ammunition, you need to be ordering the magazines that are authorized to run it.

How do we order them? Get with your supply. The EPM’s are a one for one swap with the old magazines. NSN for the EPM from Soldier Systems again.

When to Trash Them

Magazines have come so far from being disposable to durable reusable. With that though, we still need to be aware of how to maintain them and when to dispose of them. Magazines are often one of the first things you want to check when having a malfunction. Many things go can go wrong (or right) with magazines. The spring, floorplate, feed lips, follower, and overall shape of the magazine, it’s important to know when a magazine is showing signs of being done and to research those when buying a new one.

When dealing with aluminum there is actually a gauge that you can use to check the feed lip wear. If you’re using pliers on your feed lips, it’s probably time to trash that magazine. Also with USGI aluminum you will probably run into malfunctions before knowing the status of your magazine. You can replace springs and followers, and rebuild the whole magazine, but if the housing is bad what’s the point? A legitimate double feed is a tell tale sign that your feed lips may be bent or worn.

The nice thing about polymer magazines is if it’s bent or worn it cracks and breaks. You can physically see that it’s broken before you throw it in your gun and have a malfunction. They are easier to visually check than aluminum.

If you’re worried about your magazine spring being worn, keep a brand new spring and tape it somewhere and don’t use it, so that you can compare used ones. PSA: keeping your magazines loaded won’t wear out the spring, removing and loading ammunition constantly will wear the spring.

Oh and since we are here, 28 or 30 rounds loaded in the magazine for most efficient functioning you ask ? See below for a great video on it from Chuck Pressburg.

Ah, something new just came out for mil, I NEED IT SO I CAN UPLOAD PICTURES ON THE INTERNET.

[Editor’s Note: Remember kids, if it isn’t 100% ‘Clone Correct‘ (for version whatever of the M4 SOPMOD we’re on) it’s hot garbage and you should feel bad and cry yourself to sleep at night. /sarc]

Okay, I kid, cloning mil rifles can be really cool, and fun. But dang does it get out of hand sometimes. Like with these magazines. There is no reason why you need an Enhanced Performance Magazine when running your 5.56 or .223 ammunition on the civilian market. M855A1 is only available to government entities, not on Brownells or Widener’s. If you’re buying it on the creepy back alleyway black market, go ahead and buy the magazine.. but you probably have PMAGs so…

Why do we care?

To end, I like to always state why this specifically has become something I’m passionate about. I have seen Soldiers screwed on the range when it comes to qualifications due to equipment (especially magazines) in poor condition. Yes, they should be able to clear that malfunction. But they shouldn’t be at greater risk of that malfunction during a scored qualification. Seconds can mean the difference between life or death, it’s not always qualifications on a flat range. If soldiers are using poor equipment CONUS, they may be deploying with that same equipment where it really matters.