The Desert Tech MDR had issues.

Had, it appears, is the operative word. Reports on the innovative Desert Tech bullpup have shown that the cycling issues and gas system problems on the early rifles, well documented by early users, seem to have been taken care of by the team at DT. Desert Tech is known for their incredibly built bullpup bolt action rifles and the problems with the MDR couldn’t stand if they wanted their reputation to survive and, most importantly, satisfied customers.

The MDR, for those wondering, is the Micro Dynamic Rifle and was built for “future defense needs” as a concept.

A highly configurable ambidextrous combat rifle usable in 7.62x51mm/.308 Win base case configurations, which does open up several future calibers like 6.5 Creedmoor and .260, as well as 5.56x45mm and its derivatives like .300 BLK.

Heavy emphasis was placed on the rifle’s ambidexterity. From front to back, starting at the charging handle, the controls are meant for left and right handed shooters ease of use. The charging handle can be used to lock the bolt back HK roller-lock style and is non-reciprocating.

The ejection is the final, and probably most important, ambidextrous feature on the rifle. The ejectors are tied to the port covers and depending on which side you place the covers determines the ejection of the rifle. They also forward ejects spent cases making switching shoulders much less of a problem when compared against most bullpup designs, especially the older services rifles out of Europe.

Enjoy the video on lunch. It’s a long one. 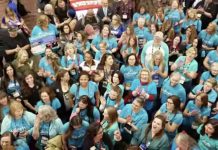 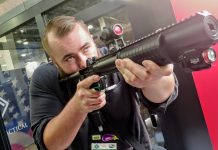 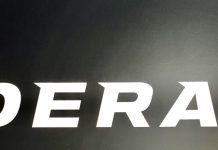