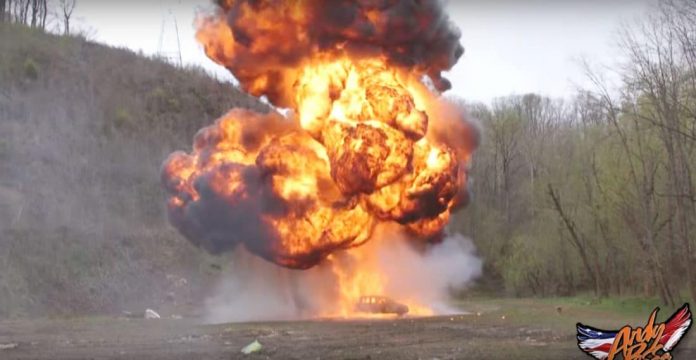 The half-hour show will begin airing in July on Pursuit Channel’s NRA Freedom Fridays. Ross recently filmed two episodes at the Knob Creek machine gun shoot. “This event is second to none when it comes to raw firepower and patriotism.” says Ross.

The show will also promote and provide practical techniques that will benefit both the beginner and serious gun owner. Learn alongside Andy the skills necessary not only to own a gun, but become a person who is prepared to own the moment. “There’s a growing need to know how to protect yourself, your family, your neighbors or even a room full of total strangers,” says Ross. “Proper training, preparation, and how to handle the element of surprise is what we provide to our viewers.”

Ross is best known as the host of Maximum Archery TV where he has been a staple on outdoor television and a must-see fan favorite for over twelve years. He is also a musician who has released three albums; You Ain’t Seen Crazy Yet, Cold Dead Hand and most recently Time to Fight. The title track, on Cold Dead Hand serves as Ross’ rallying cry to Americans Patriots about the importance of protecting our Constitutional right to bear arms. Cold Dead Hand, has been played on hundreds of radio stations accumulating tens of thousands of spins.

“American Rebel is more than a TV show.’ says Ross. ‘It’s America’s patriotic brand of apparel and sporting goods uniquely designed for the American spirit in all of us.”