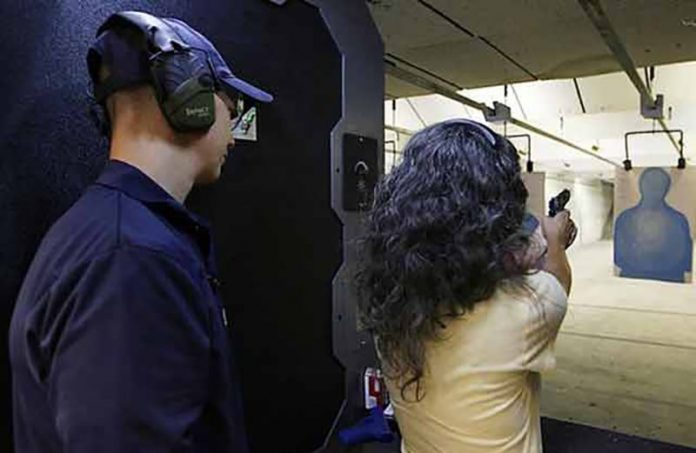 A free gun class held over the weekend at a Detroit gun range saw more than 350 women in attendance.

While classes of that type normally cost somewhere between $40 and $80, firearms instructor Rick Ector, owner of Rick’s Firearm Academy, started offering an annual class for free five years ago after a woman was brutally murdered and her body dumped on a street in Detroit.

“I thought, ‘Somebody should do something about that. Somebody has got to be out here emboldening women on how to protect themselves,’” Ector said.

Each woman gets to run through 21 rounds at the range with an instructor at her side. All of the women in attendance each have different reasons for being there, but Ector noted the number reason is for personal protection.

Maggie Hall, 48, said she feels that since she now uses a walker to get around, she is likely viewed by criminals as an easy target. She said before she had her walker she never even considered owning a gun, but although she’s still a little shaky, she found the experience “liberating.”

Tanisha Moner, who is now a firearm instructor herself, said she first wanted a concealed pistol license after she was the victim of a crime for the second time.

“A gun can help level the playing field,” Moner said.

Kristina Nixon, who also attended the class, said she’s a real estate agent and she wants her license to carry.

Angela Hodgson said she’s not sure at this point if she’ll get a permit to carry or not, but she still wanted to get the training, citing that the world today is just plain “crazy.”