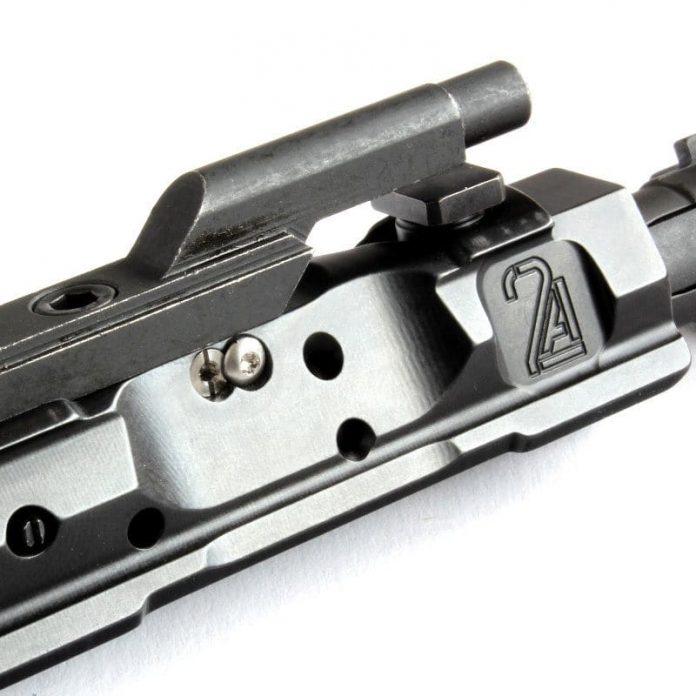 Much like the engine is the heart of a race car, the bolt carrier group is the heart of the AR-15 rifle. It’s ability to cycle over and over reliably in a hostile environment is a true testament to it’s original design. Is there room for improvement? Of course there is. For the same reason the Ferrari F1 team doesn’t use a factory engine in their race cars, we shouldn’t settle for the overweight bolt carrier group in our AR’s. The crafty engineers at 2A-Armament have whittled away any unnecessary material in their Regulated Bolt Carrier to achieve a sleek, lightweight engine for your AR-15. Plus, they’ve added a titanium regulating gas-gate under the carrier key. This gate allows easy adjustability of the gas system in your AR-15. If you use a suppressor like I do, this alleviates the need for an adjustable gas block to tune the system to work reliably suppressed as well as un-suppressed. The adjustable gas-gate in the 2A-Armament Regulated Bolt Carrier can be accessed through the ejection port of the rifle with a T-6 Torx driver. This allows the user to adjust the valve while still installed in the rifle making tuning a snap.

The stock Mil-Spec bolt carrier group supplied with the Daniel Defence Mk-18 and most other AR rifles weighs in at 11.6 +/- ounces. By removing unnecessary steel from the bolt carrier group and fusing a 7075-T6 aluminum back half, 2A-Armament was able to reduce the reciprocating mass by 32% delivering a RBC of only 7.9 ounces. Any reduction in mass of a reciprocating part pays huge dividends in both performance and longevity. Additionally, the RBC’s components are all heat treated, the bolt is further cryogenically treated and everything is QPQ Nitride coated to reduce wear.

In the video below, (sorry for the wind noise) you’ll see just how easy it is to tune the gas system using the 2A-Armament Regulated Bolt Carrier. My Mk-18 was slamming the stock BCG due to the “over gassed” condition created by the suppressor. To adjust that, I found a setting within the Regulated Bolt Carrier that both cycled the rifle reliably with the appropriate amount of gas and held the bolt open once the magazine was empty. A good measure of the proper amount of gas regulation is achieving a perpendicular ejection of the spent cartridge. When I first purchased the Daniel Defence Mk-18, I had to swap the buffer to get it to cycle reliably with the suppressor installed. Rather than swap buffers and/or springs when alternating between firing suppressed and un-suppressed, now I simply adjust the regulating gas-gate. 2A-Armament does not supply the needed T-6 Torx driver with the Regulated Bolt Carrier but they are available anywhere they sell tools for less than $5. 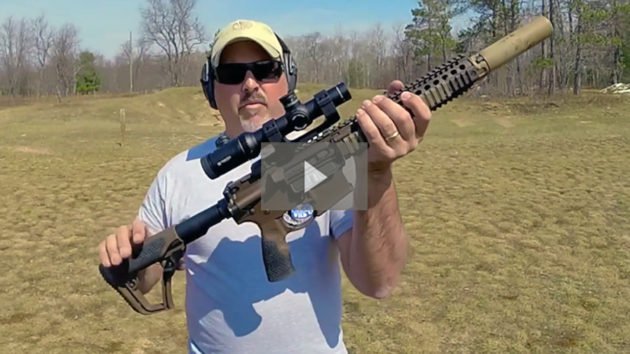 Description and Specs courtesy of 2A-Armament:

The Regulated Bolt Carrier (RBC) is a lightweight carrier with a gas regulating gate built into the carrier itself. This provides a drop in, lightweight solution for those looking to tune your AR-15’s gas system. It eliminates the need for adjustable gas blocks, and allows the firearm to be restored to a factory full weight system by simply swapping your full-mass carrier back into your firearm. The RBC has infinite adjustment from fully open, to fully closed on the regulating gate. The RBC can be tuned to most combinations of buffers, springs, suppressors, and barrel lengths. The RBC Is fully adjustable through the port door, and does not require the firearm to be broken down for adjustment!

Functionally lightweight seems to be the mantra at 2A-Armament. Aside from the streamlined Regulated Bolt Carrier, they manufacture lightweight receivers halves, hand guards, complete upper receivers, an assortment of titanium muzzle devices and a couple of sweet lightweight rifles. The sum of these lightweight components can be found in their top of the line BLR-16 Rifle which I was able to handle at Shot Show. Based on 2A-Armaments proprietary BALIOS-Lite receiver set, along with all of their titanium bits and pieces, your left holding what’s hard to believe is a complete rifle. Weighing in at 5.0 pounds, 2A-Armament has achieved lightweight nirv-AR-na. I would have given my left nut for a 5 lb. rifle while serving in 2nd Ranger Battalion. The delicately sculpted receiver and hand guard show the level of attention needed in achieving this feat. Hopefully, I will be able to report in more detail on the BLR-15 in the coming months. For now, take a look at 2A-Armament and bask in the beauty of their creations.