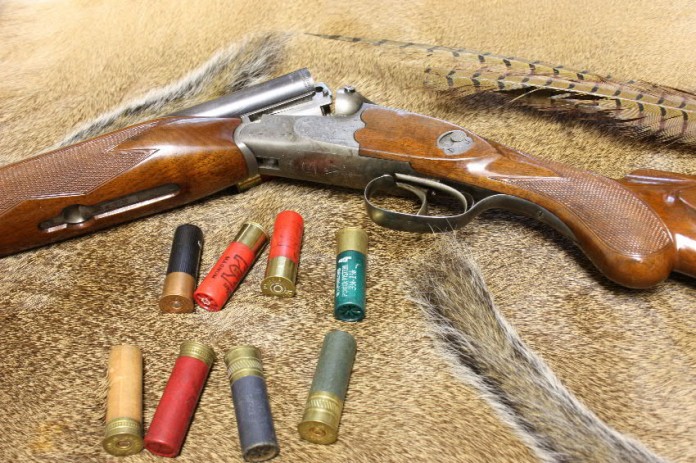 It was the second weekend of New York’s deer season in the southern zone. I had been late getting out to the woods and it was nearly nine in the morning. I passed several hunters on the way in to my spot so my hopes for success were not very high, but as luck would have it, after about twenty minutes of using my grunt call, a large six point buck walked down the trail and nearly right on top of me. His nose was in the dirt and he never saw me bring my Ithaca Deerslayer to my shoulder. The love sick whitetail then turned broadside and headed into the woods after a barely visible doe.  He was about 25-yards away when I let fly with a 16 gauge slug. The buck jumped straight in the air and then came crashing down to earth.  He scrambled, left leg dragging the whole way, then piled up after 50 yards. Even if I had lost sight of him, the blood trail was quite easy to spot.

I have always been partial to the 16 gauge, likely because I inherited my Uncle’s vintage Ithaca Deluxe Deerslayer in said chambering as a youth. But I think the real reason I have embraced 16 gauge shotguns is their unmatched versatility in the dense woods of my home state. Even though my uncle’s gun came equipped with rifle sights and an improved cylinder, I quickly learned how efficient it was on small game, and over the years I have taken dozens of grouse, varmints and the occasional coyote.

It should be noted that I have never just accepted the 16 gauge on face value; my shotgun collection has included many 20 and 12 gauges over the years and I still use these bores on occasion.  After decades of hunting however, I really have found that here in the thick brush of the Adirondacks, 20 gauges do not perform as well as 16 gauges, especially on ruffed grouse. These birds are tough to bring down and there have been several times when I squarely hit one with a 20 gauge shotshell, only to lose it after the bird touched down and ran away. With my 16 gauge, I have yet to see one ruffed grouse that I hit go anywhere but down.

Regardless, no one can argue with the fact that the 16 gauge lags far behind both 20 and 12 gauges in popularity.  Many shooters feel more comfortable with what they believe to be a “purpose built” gun rather than an “all-in-one gun” and the 20 gauge (for small game) and 12 gauge (for larger game) seem to lend themselves to this way of thinking.  So why is the 16 gauge still around when the 20 and 12 clobber them in sales?

Interestingly, the 16 gauge has ruled the scene for a long time across the pond in Europe, which has helped keep it alive stateside.  But the main reason that I see is that almost all 16 gauge guns are built on the lighter 20 gauge frames, making them much nicer to pack around in the woods and very appealing to a certain type of North American hunter. If you think that one to two pounds doesn’t make a difference, walk a couple of miles up and down an old logging road  in my neck of the woods and you’ll see exactly what I mean.

I believe that with the right game loads there is no animal here in the Northeast that cannot be taken with a 16 gauge, although hunters will have to make some concessions in their strategies for this to be true. For instance, while the 16 gauge works well on turkeys, shortening the range some but not by a great deal is advisable. When it comes to deer, I can tell you that my deer hunting 16 gauge has performed flawlessly on whitetails and accounted for several trophies including a nice 10 point buck that dropped in his tracks from a 35 yard shot.

Lastly, as far as home defense goes, works well though is not without criticism in this respect.  Unable to safely shoot 00 buckshot, Number 1 buckshot and one ounce slugs are the best bet for defense rounds and I doubt any bad guy would ever argue with either. This is one of the “little things” that 16 gauge shooters have had to learn to deal with over the years and is a consequence of its niche popularity in America—that gun has never been the problem, rather it’s the lack of variety from the ammunition makers.

I hope this has at least piqued your interest in this unsung If you are tired of picking too many pellets out of your ruffed grouse after shooting it with your 12 gauge, or watching them fly off after dusting some feathers with a 20, go get yourself a 16 gauge, and start seeing what a lot of shooters have already learned—it really is the best of both worlds.

This article originally ran on Guns.com as “The 16 Gauge Shotgun: Never Given Its Due” on September 26, 2011 and has been edited for content. 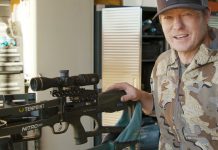 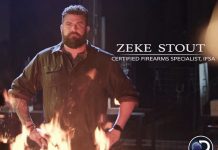