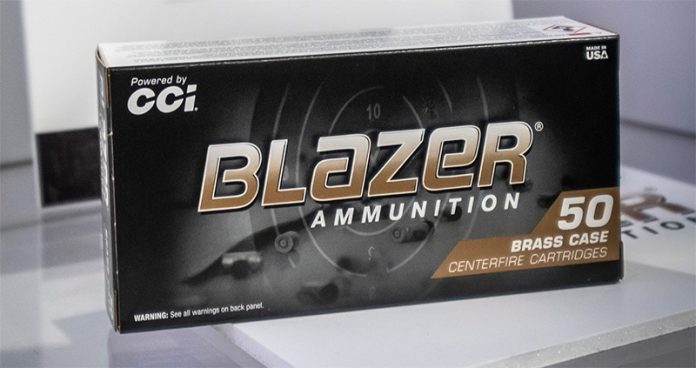 CCI Ammunition announced Blazer will see a new addition to its pistol ammo lineup in the form of a 180-grain 10mm Auto option.

The full metal jacket opts for brass cases paired with non-corrosive, non-mercuric CCI primers. The combo, according to the company, produces reliable ignition with “consistent ballistics.”

CCI says the standard velocity at the muzzle is 1,200 feet-per-second with 575 foot-pounds of energy. It’s worth noting the brass is reloadable for those that want to cut long-term costs by reloading. Blazer brass is also 100-percent American made.