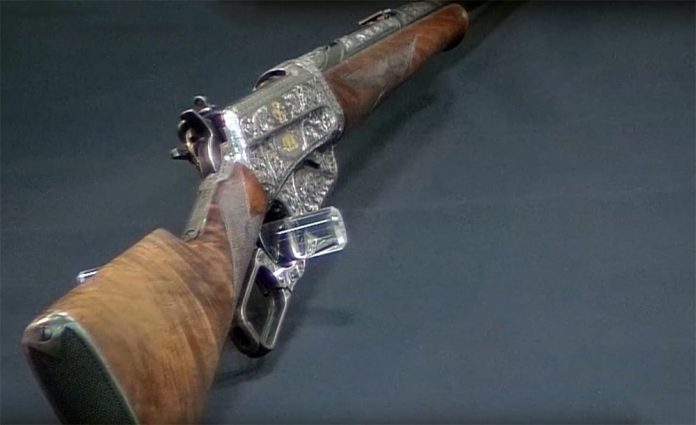 In the first half of the 20th Century, if you read an Old Western novel, odds were it was written by Ohio native Zane Grey. And his presentation grade Winchester 1895 pays tribute to that.

A Penn graduate who trained as a dentist, Grey wrote over 100 Western novels as well as a decent variety of hunting and fishing books. In the 1920’s he was consistently on the best sellers’ list and was something of a paperback icon of his day. At least 112 Western movies were based on his books and many of his works are still in print around the world, translated into dozens of languages.

Ashley Lynn Hlebinsky, curator of the Cody Firearms Museum, Buffalo Bill Center of the West details his John Browning designed Winchester 1895 rifle, notable for being a lever action design with an under-action box magazine rather than an under-barrel tube mag, which enabled it to fire full-sized pointed cartridges rather than stubby loads more commonly seen in cowboy guns.