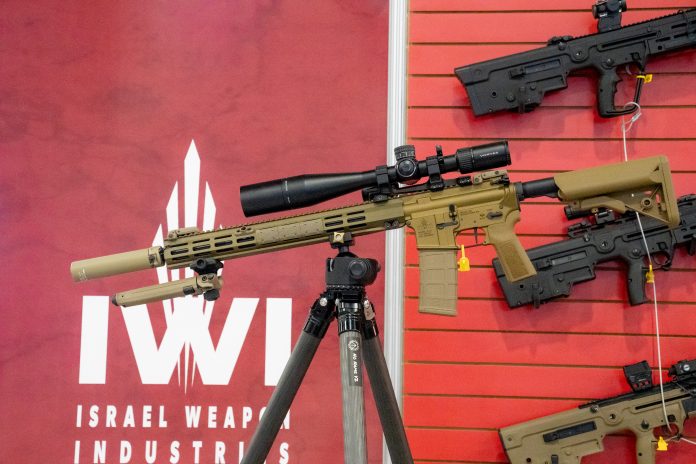 IWI’s big release at SHOT is their new US assembled Carmel, that is far from the whole story out of PA however.

IWI’s under acknowledged excellence in factory ARs with the Z-15 line is getting several additions. The Z-15 was originally introduced humbly in two formats, a standard 16″ rifle and a 12.5″ barreled SBA3 braced pistol. Both featured modern freefloat M-LOK forends, B5 furniture, proper buffering, and simple control schemes.

It is a high functioning utilitarian approach to the AR-15.

The first addition is a simple one, they’re offering factory SBR 12.5″ guns now.

The second addition is too, FDE anodizing.

But the best is the addition of the Z-15 SPR.

The SPR expands on the extreme commitment the Z-15 line has for functional (and frugal) utilitarianism. It’s still an everything you need, nothing you don’t, design but with the focus shifted to an accuracy and distance tuned rifle.

A ruggedly simple solution to an SPR or precision 5.56 requirement.

Look for the Zion SPR, and the Carmel, as we start to thaw this year.