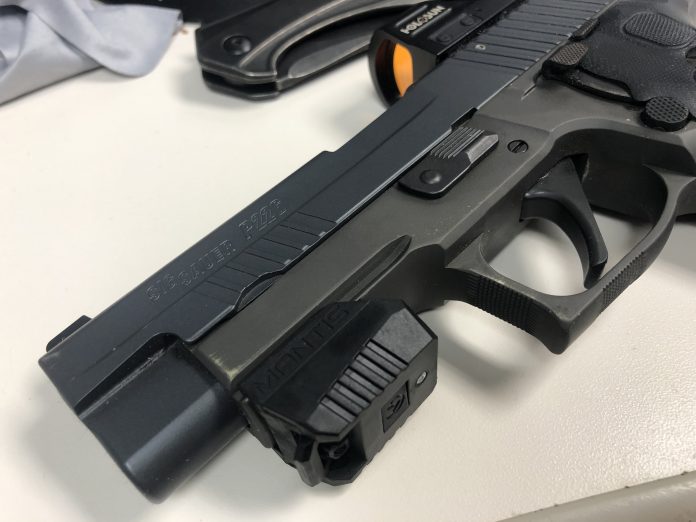 Good skill is built by repetitions and feedback. We’re always able to do repetitions with an empty gun, but it is the feedback aspect that really makes or breaks value per repetition. Feedback from live fire is also a necessary element to improving your technique, but live fire of most sorts also have some feedback with hits on steel or holes in paper.

But holes in paper or the ring of steel is only an end result, it’s a part of the whole dataset of taking a shot. There is even less objective data from dry fire because we only have our internal perspective.

MantisX changes this by giving you all the motion feedback you’re missing and the X10 Elite is the best of all worlds.

Mantis X uses a motion tracking sensor that has been refined from all the data collected from previous versions. It knows better than any other system what a “shot” moves like and what a “dry” shot moves like for rifles, shotguns, handguns, and even can track for bows.

It’s a simple and yet critical dataset. We poor humans are just not sensitive enough to track all the little motions we are imparting onto a firearm as we’re holding it and squeezing the trigger, Mantis X is. The X10 Elite has the full range of software to operate off of any common orientation and deliver its feedback to you.

This is critical in seeing how you are moving the gun during the shot process. The X10 gives you individual shot and aggregate information so you track and correct your habits properly and more quickly than diagnosing through live fire could give you on its own. The X10 can even give you some of the most common errors and tips for fixing them based on the information it is collecting.

Mantis includes a number of drills, all of which can be done dry, on a CO2 recoiling sim pistol, or live. The sensor knows the motions its going through and can keep track of your times and efficiency. It’s far more accurate than phone based ‘shot timers’. Those apps are trying use microphones designed for human speech a few inches or at most feet away to accurate gauge gunshot noises and distinguish them from echos and competing chauffe. The X10 is tied to the motion of your pistol and so only the proper moves of your pistol will cause it to record a shot, no sound interference since it isn’t sound based.

The MantisX app allows you to organize your data and practice sessions in order to track both your weaknesses for further work and your progress in any given area over time. The whole dataset is incredibly well organized, quickly highlighting what you’re doing through every microscopic time slice of the shot process so you can isolate what’s throwing your shot off.

From just about any exercise, it is easy to go from dry to live fire, switch hands, or check the data you’ve already collected.

Finally, and perhaps the single best feature to help you, Mantis X includes full training programs of daily drills. Better yet, it reminds you to do them and if you don’t you lose progress. It shames you into practicing like a stern but polite fitness coach, and it works. That feature, more than anything, has impressed me and kept me engaged using Mantis and refining my TDA trigger presses.

So get you one, sit back on your forced vacation, and practice!